The Bricklin was New Brunswick’s nightmare

Join the Conversation (0)
On paper, the Bricklin SV-1 should have been a dream car, but for dealers, owners and the tiny Canadian province of New Brunswick, the car ended up being a total nightmare.

Much has been said and written about just how big a failure the Bricklin actually was, but the idea behind this GT-style sports car was actually ahead-of-its-time brilliant. It was in its execution that things went south.

Malcolm Bricklin conceived his namesake in the early 1970s as reasonably priced two-seater that could withstand significant collision damage and still protect its passengers in cocoon-like safety (the model designation SV-1 stood for Safety Vehicle 1).

The front and rear bumpers were built to absorb a 10-miles per hour whack without hurting its fibreglass body, and the bolt-on body panels hid a protective safety cage with guard rails that were built to withstand rollovers and side impacts. Some of these features are considered normal today, but they were ground-breaking nearly 50 years ago. 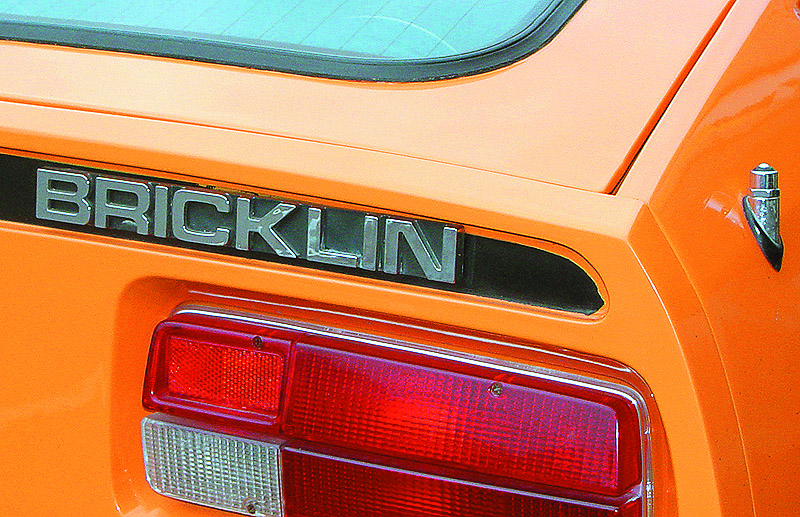 Bricklin, a former building supply store mogul and North America’s first Subaru importer, was actually on to something with his concept. The Bricklin SV-1 made its public debut on June 25, 1974, in New York City, with production beginning shortly after.

Along with its safety features, the Bricklin’s skin was made using an advanced vacuum-forming process that mixed the paint into the gelcoat in much the same way boats and personal watercraft are made. The body was then bolted to a steel frame that could be easily detached for quick repairs.

For the sake of simplicity, the vehicle was only available in five exterior shades: red, orange, green, white and tan. An eight-inch-wide black strip was painted along the bottom of the doors and fenders, supposedly to make the car appear lower and to hide stone chips and assorted road grime.

Inside its electrically operated swing-up doors, the only trim colour to be found was beige. The Bricklin was actually similar to the Chevrolet Corvette in most key dimensions and, with its rear hatchback, promised greater practicality compared with the storage-starved Chevy.

Even before the Bricklin entered production, enthusiast publications began gushing over the car. One popular automotive magazine proudly trumpeted that, “Bricklin will have no trouble selling all the cars than he can build.” It went on to refer to it as, “A tangible threat to the Corvette.”

Problems immediately surfaced when the first batch of cars arrived at dealer showrooms with poor door and hood-panel fits, missing weatherstripping, electrical problems and a host of other glitches. What was to be a leading-edge vehicle seemed more like a poorly constructed kit car.

Price also became a bone of contention. Dealers were originally told that each Bricklin would sticker for around $6,500, which was $2,000 below the Corvette. But the final list was closer to $10,000.

The Bricklin plant teetered along until September 1975. By that time, New Brunswick, which had sunk millions of dollars into the project, finally had enough. Funding was cut off, the company placed into receivership and hundreds of employees were put out of work.

Some Bricklin die-hards argue that, with a bit more time to get its act together, the car could have become a financial success. The SV-1’s safety legacy does lives on, but lacking sufficient quality, practicality and the necessary price-point advantage, the Bricklin dream was destined to become a nightmare.