Take the stress out of winter driving with these driving tips

Join the Conversation (0)
Driving in winter can be tough. Snow, slush, ice, and the constant threat of not being able to hit up the Tim’s drive thru prior to 6:00 am hockey practice are enough to wear on anybody’s mind, even though we know full well that winter shows up in Canada. Every. Single. Year. In fact, the scientific term ‘leukophobia’ is used to describe a fear of the colour white – and is a term which could be applied to wide swaths of Canadian drivers at this time of year.

Fortunately, there are a few steps to ease the anxiety of piloting the family rig through the worst Old Man Winter has to offer. With a few decades of combined experience under our belts (or driving gloves, as the case may be), we thought it a good idea to assemble a gallery of helpful items – including mindsets – which can take some of the apprehension towards winter driving and toss it in the bin. 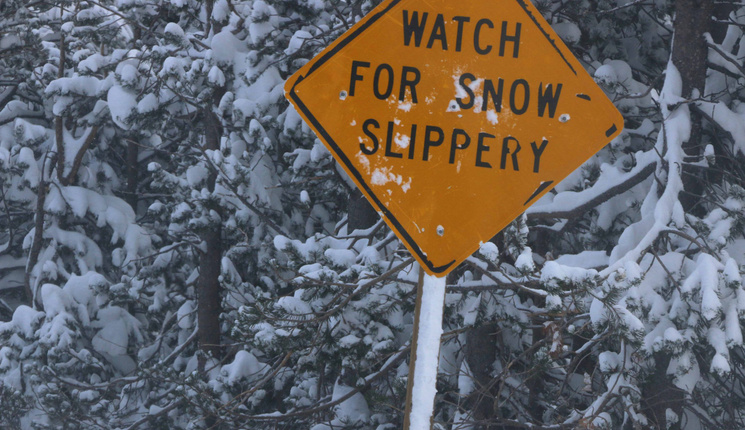 Our country’s most easterly province has an annual winter driving campaign in which they exhort to drivers that ‘Snow Means Slow’. It’s easy to chuckle at that basic rhyme but the sentiment is very astute. Accelerating gently from a stop in winter reduces the chance of wheelspin or automatic engagement of the car’s traction control, so resist the urge to speed away from every red light and stop sign as if you’re Richard Petty. Same goes for braking; even though modern cars are packed with safety equipment such as smart antilock brakes and stability systems, looking ahead and planning one’s stop takes stress out of winter driving.

In fact, smooth driving is the key to all winter motoring. As you drive, imagine your grandmother is sitting in the passenger seat, holding an open pot of fresh gravy and wearing her Sunday best. Your job is to make yer way through town without Nanny Hynes spilling any gravy on her best bib and tucker. While a funny scenario to imagine, keeping that analogy in mind during winter driving helps promote smooth car control. 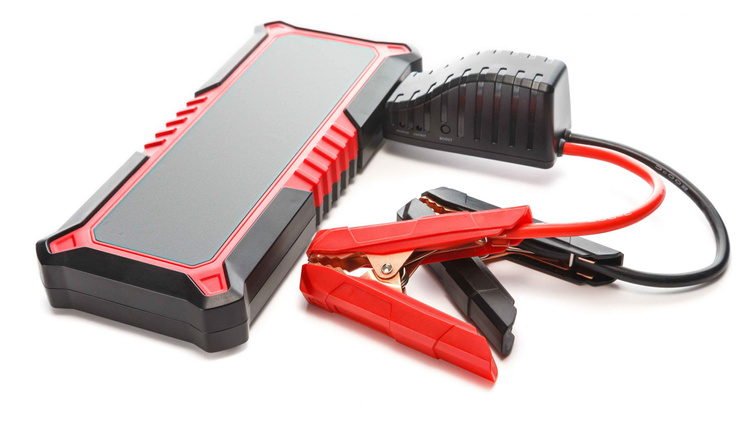 Despite what retailers have told us for the last umpteen years, one needn’t load their trunk to the brim with emergency equipment once the first snowflake falls. The smart driver will make sure they have some basics: a stout snow brush, rechargeable flashlight, and lightweight lithium-ion battery booster pack are some great items to have tucked in the spare tire well of your car.

Sticking an extra pair of gloves in the, erm, glove compartment never goes astray, nor does stashing a blanket and first aid kit in the space with that flashlight and booster pack. Extra food like sealed granola bars is your call, especially if you live in an area where those things may attract unwanted pests. Same goes for spare bottles of water since there’s every chance in the world they will freeze and burst before you get a chance to use them. Better to simply grab that reusable one you take to the gym while heading out the door.

Invest in a full set of winter tires 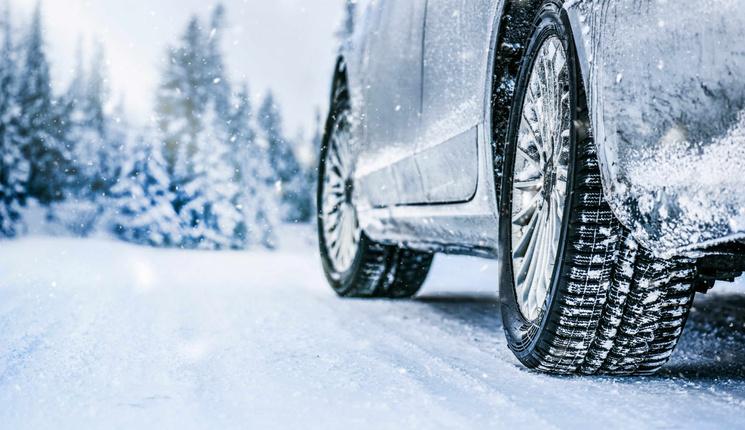 Whilst the days of lining your engine block with some stout canvas or lacing up a set of complicated snow chains prior to each journey are long in the past, there are a multitude of steps drivers can take to prepare their vehicle and make the winter months more bearable. Atop the list? Winter tires.

The next time Uncle Walt sputters indignantly that he got along just fine for years with two bald tires on his clapped out rear-wheel drive Dodge Aspen, remember that tire technology has come a long way from the bad-old-days of yore. Today’s winter tires from major manufacturers like Nokian and Michelin have better tread designs and advanced rubber compounds perfectly suited for our cold climate. The compounds in winter tires remain pliable at temperatures below 7 degrees Celsius, meaning that unlike some all-season tires they won’t turn into hockey pucks when the mercury dips into the thermometer’s nether regions.

Don’t sleep on the benefits of winter tire tread design, either. They are packed with something called sipes, which are those little zig-zag spaces you see in each tread block. They are designed to open ever so slightly when pressed into a driving surface, providing more biting surfaces in the never-ending quest for traction in all directions – accelerating, braking, and cornering. To illustrate, try this experiment: take a block of Styrofoam from an Amazon package and slide it across the kitchen table. Moved relatively easily across the surface, right? Now, score a few shallow cuts in the Styrofoam and push the block across the table again. Different, huh? That’s sipes at work – or the basic concept behind them, anyway. Toss in grippy rubber and you’ve the ticket for surefooted winter confidence. 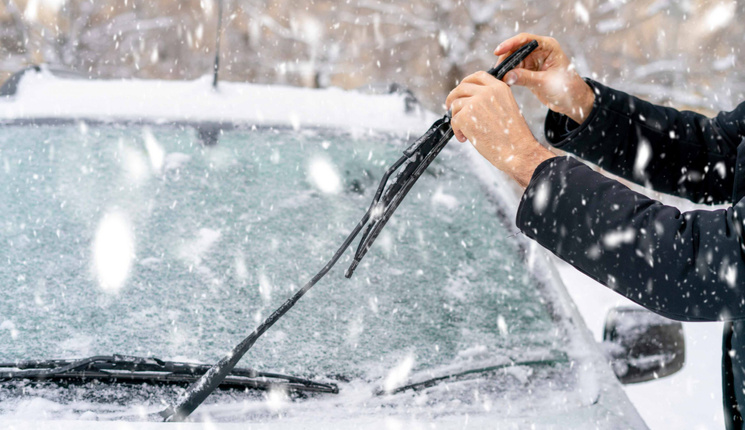 Beyond tires, there are numerous tasks one can do to prepare their car for winter. Getting a fresh oil change never hurts, since devastatingly cold overnight ambient temperatures can turn motor oil into a syrup-like consistency. This means it’ll take longer than usual for that oil to cycle up around expensive parts first thing in the morning, potentially causing premature wear on your car’s engine. Fresh oil won’t completely prevent this, but it’ll help.

Investing in a proper set of winter wiper blades is also a good idea. These differ from normal blades since they protect the metal joints with a rubber cover, preventing the hinged parts of a wiper from freezing and failing to make good contact with the windshield. This helps to prevent the ‘chattering’ of blades across the glass, not to mention giving drivers a reliably clear view. (Frameless blades work well too –Ed.)

There’s an App for That 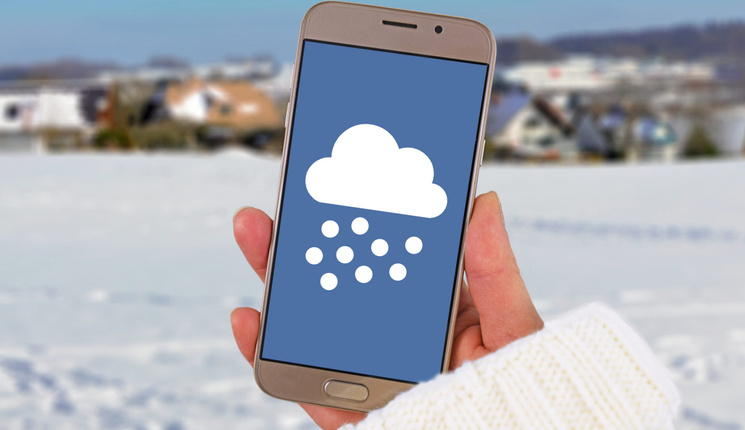 Calling for help or avoiding trouble before it begins is easier than ever for those of us with a smartphone on hand. Apps like Waze can advise of traffic foul ups prior to getting ensnared in a wintery mess, while even basic map applications like the ones included on Apple or Android-based phones are decent at identifying bad traffic. Numerous weather apps will generally warn users of travel or weather advisories (bonus points if you’ve notifications turned on), allowing drivers to plan their journey – or move it to another day entirely. If the unthinkable happens and help is required, some phones can even make emergency calls when there is no cellular service whatsoever thanks to a network of satellites.