Join the Conversation (0)
In 1968, “Life” magazine called the eye-popping 10 minute and 53 second car chase scene in the movie “Bullitt” a “terrifying, deafening shocker.”

Strapped into a Highland Green-hued, four-speed 1968 Ford Mustang Fastback GT, and going at speeds of up to 110 miles per hour, Steve McQueen raced through the cinematic landscape (and the San Francisco area), changing it forever.

Today, that scene is generally considered to be the gold standard that all other celluloid car chases are measured against. In fact, director William Friedkin, whose wild car chase in “The French Connection” is also a masterclass in action filmmaking, told “Entertainment Weekly” that every time he saw the actor, McQueen would say, “Here comes the guy who made the second-best chase scene in movie history.”

In “Bullitt,” which was directed by Peter Yates, McQueen plays Frank Bullitt, a hard-boiled San Francisco police lieutenant based on Dave Toschi, a real-life member of the force who was the chief investigator in the Zodiac Killer case.

Bullitt is determined to locate the underworld kingpin who killed a syndicate witness that was in his protection. During his investigation, Bullitt finds himself being followed by two hitmen in a black 1968 four-speed Dodge Charger 440 R/T (driven by stuntman Bill Hickman). In the sequence, Bullitt dodges the assassins, speeds over the hilly, narrow streets of San Francisco, and then flips the script to chase the bad guys. 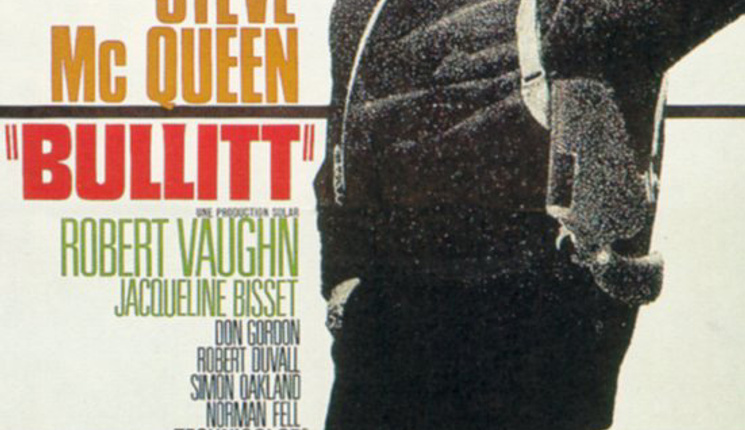 Shot on real streets at real speeds, the cars careen through San Francisco, catching air, as a game of cat and mouse develops until the Dodge crashes, killing its occupants in a burst of flame. It is almost eleven minutes of pure adrenaline. Even today, in the “Fast and Furious” era of pedal-to-the-metal physics-defying car chases, the ferocious scene in “Bullitt” still impresses.

“There are several reasons the chase scene holds up,” said Kelsy Norman, the Calgary-based host of the “Speeding Bullitt: The Life and Films of Steve McQueen” podcast. “I think the biggest reason is that this chase scene is realistic and authentic. It was created without using camera tricks or overcomplicated stunts. Obviously, no CGI.”

The sequence took Yates three weeks to film and was pieced together from multiple takes. As a result, sharp-eyed viewers will notice the occasional continuity error. Damage is visible on Bullitt’s passenger side door before the crash that caused it, and the Charger loses five-wheel covers, and they seem to jump from wheel to wheel. Nonetheless, the Frank P. Keller won a film editing Oscar for his innovative work.

Shot from many angles and scored with live sounds of squealing tires and revving engines, the sequence has a propulsive energy, like watching a car race, only on a street.

“It was made up of all different types of shots,” said Norman, “like crane shots and shots from a cinematographer in the backseat of the car. They mounted cameras on one of the vehicles all around the car, so shots of the drivers were captured from the exterior, which I think helps capture the gritty realness of the pursuit. I think the way they filmed it shows the viewer what it would be like to experience that sort of pursuit without experiencing it firsthand.”

While the movie’s Mustang is now iconic, in 1968 the car was chosen because McQueen didn’t think Bullitt would drive a flashy car. To further emphasize the Mustang’s unglamorous appearance, he came up with the idea to put a big dent in the fender, to suggest the car had been bashed around and Bullitt, on a police officer’s salary, couldn’t afford to have it fixed.

Underneath the chassis, however, it was a different story. For the car to hold up to the demands of the film shoot, mechanics beefed up the suspension, retooled the engine and added an aftermarket high performance ignition system. Even so, by the time the chase sequence was finished shooting, McQueen said the car was disintegrating. “The Mustang was really just starting to fall apart,” he said.

“You can think of other movie cars, perhaps the car that James Bond uses in his in his movies, or the ‘Chitty Chitty Bang Bang’ or the cars from ‘Back to the Future,’” said Norman. “These are all famous movie cars, and the ‘Bullitt’ Mustang Fastback is right up there with them as the coolest of the cars. I think it's association with Steve McQueen, probably the coolest actor to ever live.

“There were two Mustangs used in the film and the last one that was available, sold at auction almost three years ago for 3.7 million (U.S.), which is pretty crazy for a Mustang that didn’t actually belong to Steve McQueen, that was driven by Steve McQueen.

“You have to have a look at ‘Bullitt’ to understand why. Not only is it his most popular movie, but it is also the film in which the Steve McQueen persona is at its apex. I mean, he doesn't get any more Steve McQueen – the rugged, silent, cool badass dude, than he does in ‘Bullitt.’”