Social media salespeople are driving up the likes

Join the Conversation (0)
There’s a new breed of car salespeople who are creating content and posting it to social media to develop business rather than the time-old tradition of meeting a customer in the showroom and hashing out a deal.

Crosbie, who works as a sales associate at Finch Auto Group’s Chevrolet Cadillac Buick GMC in London, Ont., uploads videos under the social media handle Cars and Crosbie. When he became the first owner in Canada of the Corvette C8 in March 2020, he began posting videos to YouTube. 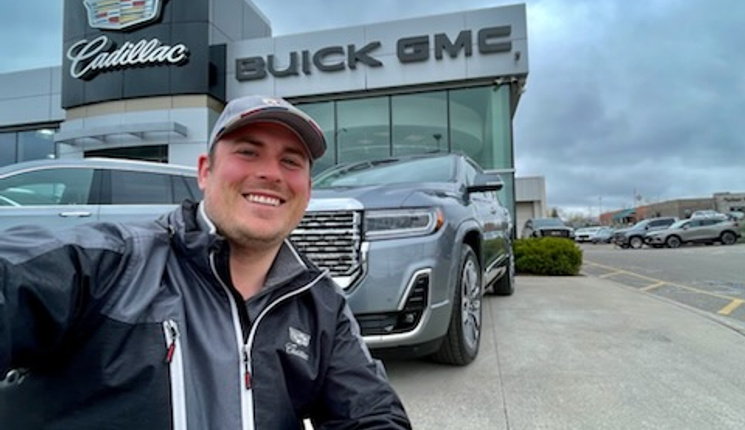 Three weeks later he became an internet sensation, accumulating more than 10,000 hours of people viewing his videos and 1,000 followers, which are the minimum standards to receive income from YouTube. He expects to make $100,000 a year, which he said is more money than he made in his first year of selling cars almost seven years ago.

“My main priority is always doing (automobile) sales – I’m focusing on that – and the YouTube component has gotten to the point where I have more business than I could ever handle,” said the 32-year-old. “It’s changed my life. It’s tripled my income. There is a way of building this up that you could never do before as a salesperson.

“I’m not anything exceptional. It’s not like I went to Georgian College, and I have a fancy automotive business degree. That finite ability of sales and being in front of a camera is something you can’t teach. Or, maybe, I’m just so far ahead of the game. There’s not a lot of people who are doing it. Maybe there will be a lot more in the future.”

Crosbie said making his videos comes naturally to him. He considers himself to by an amateur videographer and is still learning as he goes.

“A couple of the episodes especially went viral because it was spring, and it snowed, and I was out there showing my Corvette and what it was like. More importantly, I was just trying to do my salesman’s kind of duty and doing walkaround videos of a car,” he said. “The best part about (the videos) is that even while I’m sleeping, eating or dealing with another customer, I’m educating somebody and teaching them everything I know.”

“There’s not that many doing this,” said Champagne, a sales manager at Humberview Chevrolet Buick GMC in Toronto, about using social media to sell vehicles. He hosts the web series and podcast called “Heated Seats with Tyler Champagne.” The name, he said, is meant to be a double entendre. Heated seats are a big selling features for vehicles in Canada, but it also refers to the heated conversations he has with his guests about cars. He said he is combining his passion for comedy with the automotive industry.

“I thought, ‘I’m good at writing jokes, so let me try to put a funny spin on some of that stuff or things in the auto industry that you might not think can have a funny spin on it,’” he said. “Test drives, for example, are pretty routine, something we do all the time, so I decided to do a monologue type of video explaining how ridiculous the concept of a test drive is. You’re getting in a car with somebody you don’t know who has a license, but you have no idea about their skill level. I said a test drive is an unlicensed Uber.”

Champagne began posting three- to four-minute-long monologues on Instagram and YouTube but started condensing them when a friend told him about the popularity of 30 to 60 second videos on Tik Tok.

“That’s where the account kind of exploded,” he said. “Sometimes it’s challenging to pack all the content you want (in a short period of time) but it makes the videos more interesting.”

Palmieri has been a sales and leasing consultant for 11 years, working for Lexus of Oakville for more than nine years and spending the last two with Budds’ Imported Cars in Oakville, selling Land Rovers and Jaguars. The 34-year-old began by simply making videos of customers picking up their cars and posting them in Instagram about six years ago. He billed himself as MarkAtLexus. 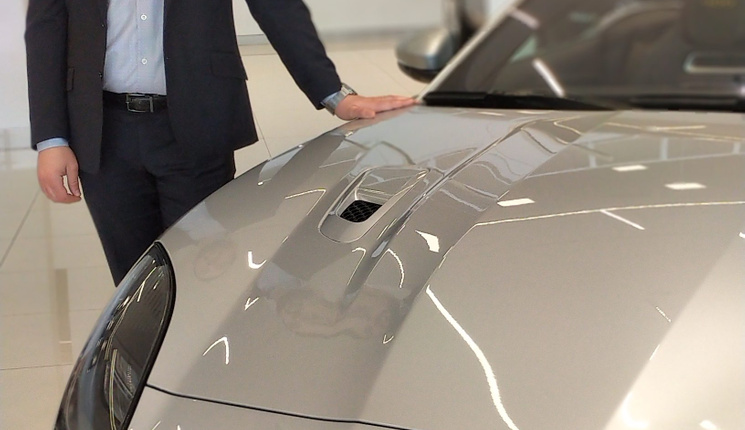 Palmieri said he then became “a little more advanced” and started using Adobe Premiere Rush software to create his content and applying the knowledge he learned studying marketing and video editing at Sheridan College. He then started using the social media handle MarkYourCarGuy.

“I want to be your car guy,” he said. “It all came down to that corny line. Being in the industry for as long as I have, I’ve become the broker for selling cars to family and friends. So, I became the car guy just because of that reason.”

“Last year, I sold about 20 cars through social media,” he said. “Instead of people going to YouTube themselves to learn how to work their cars, I’m trying to build my channel where they come to mine first as my customers and then look at the how to do things. And my customers help me with that, too, because they can ask me how to do something and that triggers a video. If there’s a value for them, there’s a value for other people too.”

Palmieri said he is producing new content three times a week to connect with people. While he has a small monthly budget to buy ads on Instagram and Facebook, the social media content he creates gets more exposure.

“The nice thing about social media is it’s another way of sending me a question that you have about your own car, and I can answer it right away. For customer service, especially doing the pandemic, everything has gone online,” he said.