With different driving rules for each province and territory in Canada, and some very old ones still on the books, it’s easy for drivers to get confused.

Join the Conversation (0)
If you happen to be driving down the highway in Ontario and spot a horse alongside the road, resist the urge to race against it with your car.

While you’re at it, don’t try to outrun a deer, moose or other wild animal you spot. If you’re caught, you could be fined under Ontario’s Highway Traffic Act, which states under Section 173 that “no person shall race or drive furiously any horse or other animal on a highway.”

In Prince Edward Island, an archaic driving rule still on the books stipulates that you must honk your horn every time you pass another vehicle or back out of a parking spot, which these days would make for a cacophony of noises. A similar rule exists in New Brunswick — and is likewise unenforced. Also in New Brunswick, a rather confusing driving rule states that “driving on the roads is not allowed.”

There are also several driving rules that were created for a different era — before the golden age of the automobile. For example, you’re required to have at least two bells attached to your sleigh on a highway.

These driving rules have been long forgotten and nobody bothered to repeal them, though technically they’re still on the books. At the same time, some driving rules are not legally binding rules at all, yet they’ve become so engrained over time that people believe them to be true.

“I’ve spoken to many drivers over the years who argue that I’m wrong, but I show them the handbook to verify,” said Scott Marshall, director of training with Young Drivers of Canada, who has served as a road safety educator for 34 years. “Some will actually say the handbook is wrong.”

For example, it’s not illegal to drive barefoot — or in flip flops, sandals or high heels, for that matter — in any of the provinces or territories. “Although it’s not recommended since the bottom of the foot is softer and delays a response on the accelerator and brake,” said Marshall.

But, if those six-inch heels contribute to a car crash, you could technically be charged for careless driving. 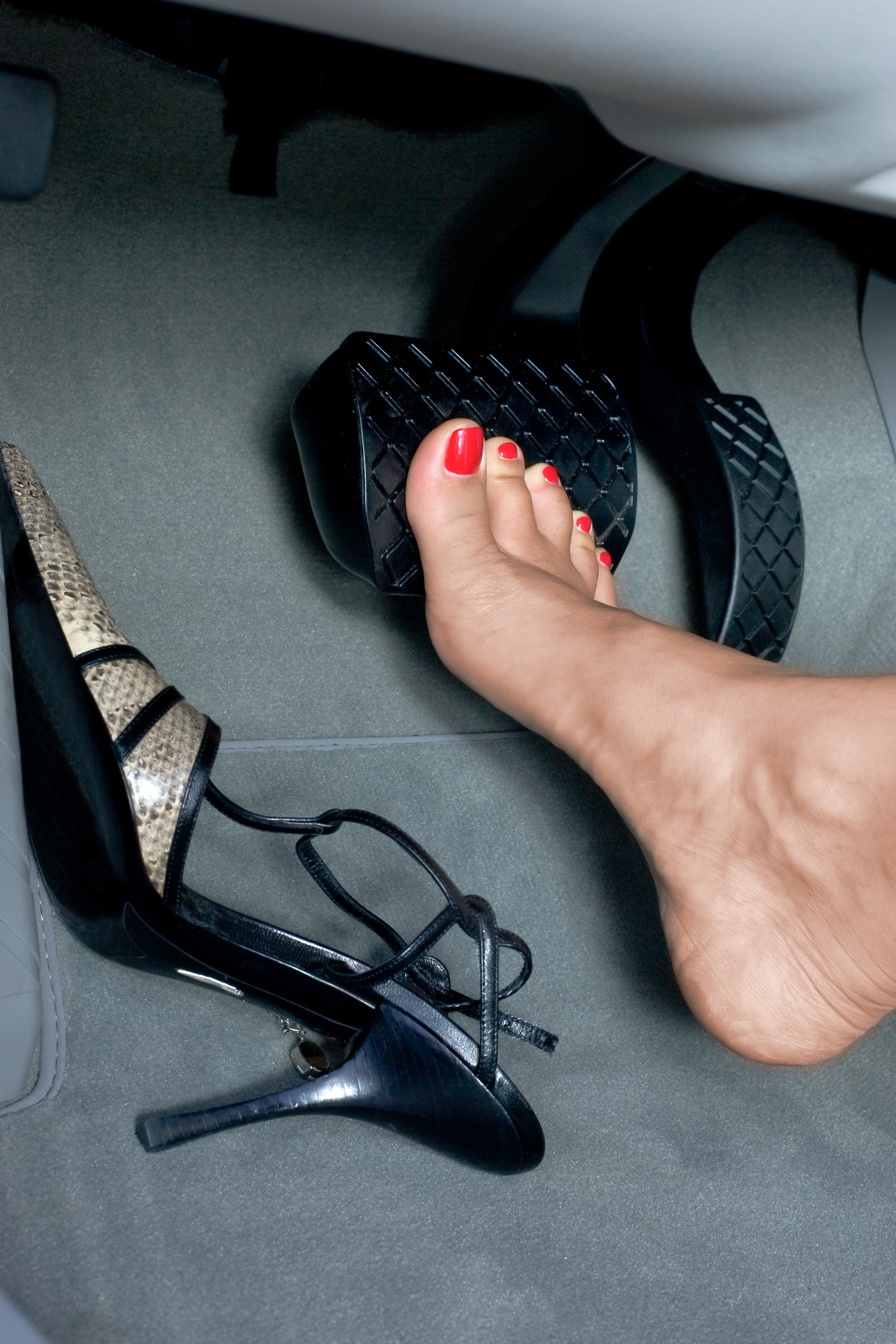 Many drivers also believe it’s illegal to change lanes through an intersection. “But it is not illegal,” said Marshall. “It just may be unsafe because of turning traffic.” Another myth: Although the right lane is the driving lane and the left lane is the passing lane, they both have the same speed limit. It’s simply recommended that slower-moving traffic keep to the right.

“It’s also not illegal in Ontario to pass a slower-moving vehicle on the right. At Young Drivers of Canada, we call that the lane of least resistance,” said Marshall.

To add to the confusion, Canada has 13 different sets of driving rules — one for each of the provinces and territories — and in some cases separate municipal rules. For example, in Montreal, drivers are prohibited from turning right on a red light. That isn’t the case anywhere else in Canada, or in the rest of Quebec, for that matter.

In British Columbia and the Yukon, a flashing green light means the light will only change if a pedestrian pushes a button (and not to indicate that you can make a left turn, as is the case in the rest of the country).

“For those who do not live near one-way streets here in Ontario, they may not know they are allowed to make a left turn on a red light, but only from a one-way street while turning onto another one-way street after stopping first,” said Marshall. “Most drivers will just sit there and wait for the green.”
While most drivers believe it’s illegal to cross the solid lines on a highway, they’d be right — unless they’re driving in Ontario, where this is optional. Lane markings are indicators of whether it’s safe to pass, serving an advisory function rather than a legal one.

Some driving rules may still be relevant for the times, even if they are a bit unusual. In Quebec, you’re not allowed to block your own driveway with a vehicle, nor are you allowed to cut through gas stations or parking lots to avoid a red light.

While distracted driving laws exist across Canada, they’re mostly associated with cellphone use. But in Alberta, the definition of “distracted driving” includes a laundry list of items, from reading to grooming your beard to feeding your baby. Also in Alberta, if you’re in a funeral procession, you’re allowed to proceed safely through traffic lights and stop signs, provided you are directly in the procession.

If these rules seem rather confusing, Marshall said he recommends reviewing the relevant driver’s handbook for your province, which can be found online. “For any driver, it’s sometimes easier to search just for a specific law in the jurisdiction and move from there,” he said.