Opinion: The Dodge Charger EV gives Millennials hope for the evolution of the Muscle Car

﻿The Charger Daytona SRT Banshee implies the brand no longer cares for the opinions of anyone over 45.

The first press conference, on the 15th, confirmed what had long been rumored and whispered about — the Dodge V8 HEMI cars are dead. Hellcats, Scat Packs and perhaps even the humble 5.7-litre HEMIs are done after 2023. So is the Challenger and the Charger in its current form.

The second conference announced the Hornet UV — something of a rebadge job of a familiar Stellantis platform, but not an entirely boring one. It comes with a wash of performance features as standard and the GLH (“Goes Like Hell”) badge, originally coined by Carroll Shelby, will return.

The real talk of the town, however, has been what Dodge unveiled during the third press conference. A concept of their first all-electric vehicle. The so-called “e-Muscle” which was teased last year. The new for 2024 Dodge Charger Daytona SRT Banshee.

It looks like a 1968 Dodge Charger had a baby with the Ford Taurus from Robocop. Or even just Robocop himself. It will make more horsepower than a Hellcat. And for the first time ever for an electric car, it will make noises. Loud noises. And those noises actually sound kind of cool. Maybe not V8 or turbo straight six levels of cool. But it’s something.

And unlike fever dreams of the future such as the Tesla Cybertruck, Dodge is actually going to build the new Charger. Yes, the Daytona SRT Banshee we saw on stage was a “concept” — but this is going into production in 2024. It’s happening.

It looks great. It’s going to be face-ripping fast. And best of all, it preserves the idea and spirit of the muscle car for a new generation.

Still, two core groups have managed to be disappointed by this new Charger.

First, Internet lurking, clickbait-promoting “enthusiasts” seem to have wanted one final bonkers, highest-horsepower-ever send off to the Hellcat. The Internet churned with speculation of a 900 or 1,000 horsepower variant with names like “Angel” (dumb) or “Ghoul” (less dumb) or “Hellephant” — perhaps housing Dodge’s 1,000 horsepower 426 cui / 7.0-litre HEMI crate engine of the same moniker (okay, that one would have been awesome). 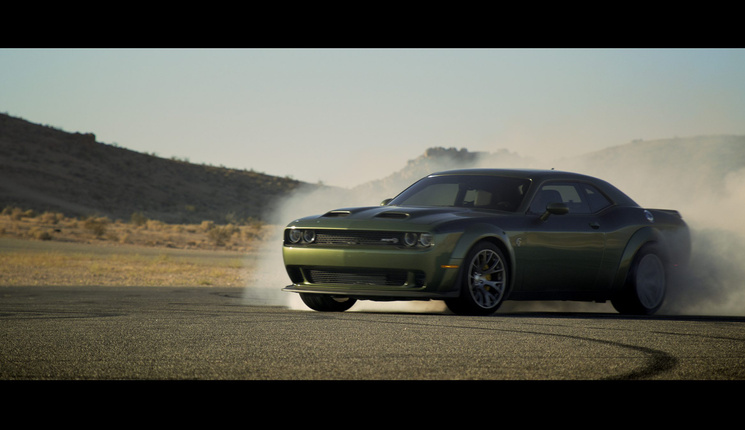 But that was never, ever going to happen. Besides the promise of the Demon being the quickest ‘cat ever, emissions, reliability and accessibility would have rendered the whole thing pointless. Besides, if you really want to turn your Hellcat into a 1000 horsepower, E85 monster, that’s where Dodge’s Direct Connection can help.

And are we forgetting that the Hellcat Jailbreak already has over 800 horsepower? How is that not enough?

The second group of disappointees are much more expected. You know who they are. They’re the angry uncles and golf enthusiasts spitting every non-fact based argument under the sun into the Facebook comment section.

“No replacement for displacement” they ignorantly cry, whilst predicting Dodge’s nonexistent downfall when this whole “EV trend” blows over.

You guessed it. It’s the Baby Boomers.

The Boomers feel the new Charger can’t be a “muscle car” because… Well, because they love to gatekeep. According to them, we should all be beholden to their subjective opinion of what a muscle car is or isn’t.

But “muscle car” is like “hipster”. It’s a nebulous term used to describe a feeling. Not a concept. Nobody can really describe what it means with any kind of objectivity.

Superficially, sure, a muscle car makes you think of a rumbling V8. But is that the cause of a muscle car… or a symptom? Don’t you make me bring up the Buick Grand National again.

I’m sorry, but in the case of this new Charger, if a midsize sedan with stupid amounts of horsepower (that Banshee is going to have a 1,000 horsepower and go fight the Tesla Plaid, right?), stupid amounts of noise and the most muscle-y, hell-yeah-America styling of any car since 1973 isn’t a muscle car than nothing is. 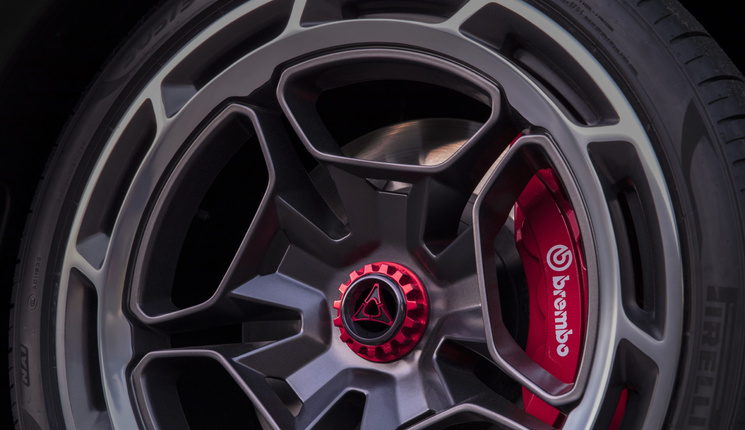 This new Charger is what muscle cars can and will be moving forward. Definitions can evolve. Things will change.

It’s that change which I think frustrates and scares the Baby Boomers, and to an extent Gen-Xers, the most. Because they are now forced to confront their irrelevance in the marketplace. They no longer get to own the concept of the muscle car. It’s not for them anymore. And for a generation who is used to the entire world being for them, that’s probably a tough pill to swallow.

Twenty years ago, Chrysler scrambled to appeal to the Birkenstock wearers with the vomit inducing likes of the PT Cruiser, Prowler and Sebring. And true enough, the re-introduction of the Charger and Challenger were nothing if not nostalgia plays.

But the new Charger and Challenger created a brand offering from Dodge not seen for decades; accessible performance. And that caught Millennials' interest.

You see, Millennials actually like performance. And because we’re not scared of change, we don’t care how you get that performance. Remember how you mocked us for spending our money on “experiences not things”? Well, performance is an experience. I’d rather have fun than own a diamond ring. Not sorry.

I know, Baby Boomers claim they like performance. But what they actually like is sitting in a lawn chair next to their car with a sign that says “don’t touch this car unless you are in the nude” — exploring the limits of performance in the A&W parking lot...

Don’t get me started on Gen-X. The marketplace thought you would want to have fun with your stupid amounts of disposable income and desire to be different than your parents. So they gave you the Supra, and the 300ZX and the 3000GT and the Integra Type R and the RX-7. And what did you do? You all went out and bought beige Camrys and Accords — killing off those other name plates until Millennials could revive them.

Dodge didn't need to do one last super-powered V8, because they know that what their audience is really excited for is the future. And I’m sorry to tell you, but if you’re over 45-year-old, you are not Dodge’s audience. Your time is done. I hope you enjoyed all the fake chrome, cartoon characters and flames on your cars. We didn’t.

Millennials are now Dodge’s core audience. Dodge themselves claim they have the youngest audience in the business. And if they keep pressing forward — asserting an experience, excitement and attitude as the alternative to the techno-babble blandness of Tesla — I’m willing to bet they’re going to keep that audience.

As a peak Millennial, I’m personally thrilled about this new Charger.

And before you attack me for being some eco-hippy corporate shill (an oxymoron if I ever heard one), consider that I’m somebody who owns a V8 muscle car. I’ve also written about the lack of engagement that’s problematic with even the sportiest of EVs. I’ve said a Porsche wasn't fun to drive. Do you know how sacrilegious that is amongst auto-journalists?

I’m also cynical as hell thanks to my time working in advertising. I usually roll my eyes at marketing buzzwords like “e-Muscle”.

But I have to admit that after the reveal of the new Charger, I can’t help but be filled with hope. Hope that the future will be fun. Hope that the spirit of the muscle car will not just live on, but evolve. And hope that we never have to cater to the tastes of Baby Boomers ever again.