The Lego Lambo will make an appearance for the first time in North America.

Join the Conversation (0)
There's a Lego Lamborghini coming to the 2023 Toronto Auto Show next month. The life-size replica of the Lamborghini Sian FKP 37 will be making its North American debut at the show, waiting for you to come to check it out.

Lego calls this copy a dimensional mirror of the real thing right down to the millimetre. More than 400,000 Lego Technic elements were used in the construction of building this ultra-cool Lamborghini replica. 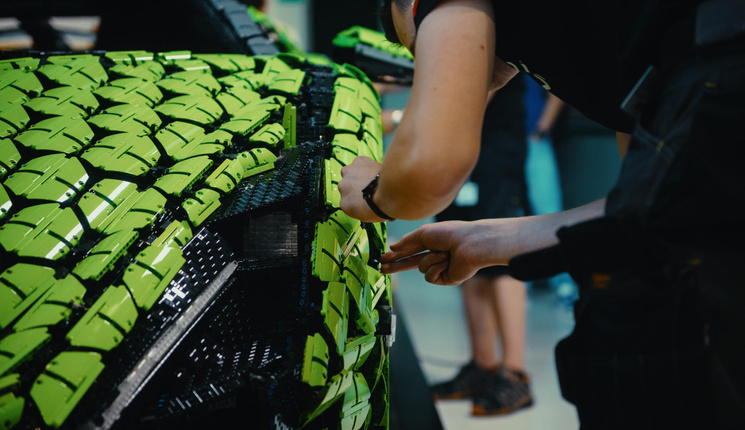 The 15-person build team used 154 different types of Lego elements to bring the Sian to brick life. 20 of those elements were custom-built just for this project. The design and development took 5,370 hours and production took nearly 3,300, for a total of more than 8,660 hours of effort. The finished Lego model weighs 2,200 kg, around 600 kg more than the car it's based on.

The Lego Sian is the first large-scale model the company has built that gets a paintbrush-effect UV colour coating. The coating is a perfect match to the 1:8 scale Lego Technic model and it was applied in the real Lamborghini paint shop to make sure it looked right.

Sían means “flash” or “lightning” in the Bolognese dialect spoken around Lamborghini headquarters, so the Lego engineers wanted to make sure the car was lit. They added a lightning bolt element down the side of the car and created headlights that mimic how the real thing's lights power up and down to welcome the driver. 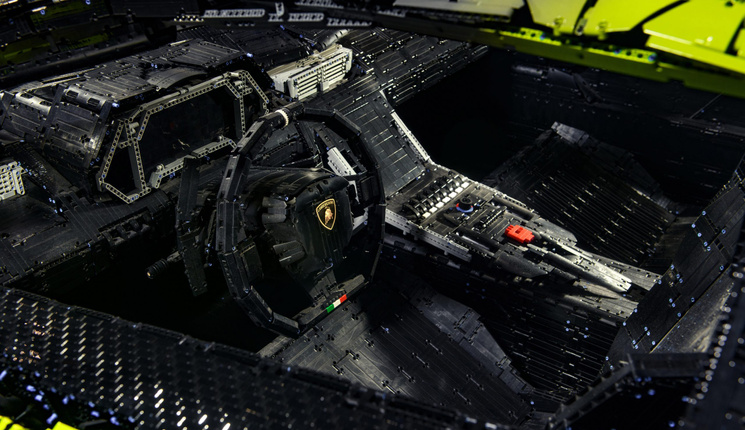 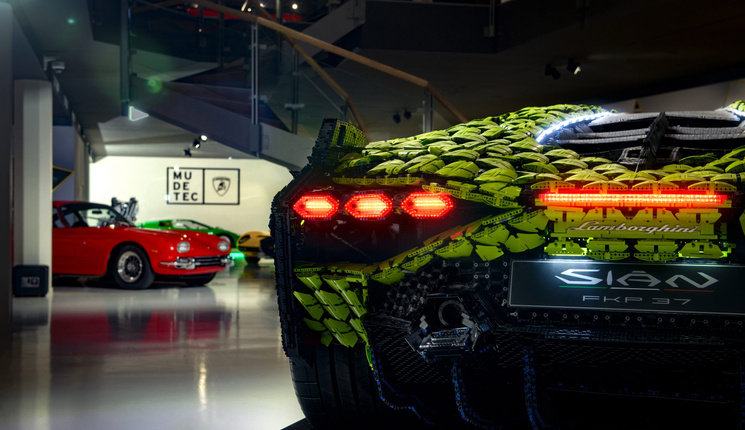 This replica has a full cabin, too. There's a brick-built steering wheel with the Lamborghini emblem, Lego dashboard controls, and the car has sports seats.

The Lego Lamborghini will be on display during the Toronto auto show from February 17-26. It will be on the 700 level of the South Building at the Metro Toronto Convention Centre. On the same level, Grand Touring Automobiles will have a showcase of real-deal Lamborghini road cars for visitors to check out and compare to the Lego version.