For some, getting back in a vehicle after an accident can be an anxiety causing experience

Join the Conversation (0)
On an early winter morning late last year, I was in the office of my home that overlooks an area of Fredericton, N.B., where drivers come to practice their parallel parking. Suddenly, I was struck by a memory. I knew then, without a doubt, that I’d witnessed a car accident when I was four years old. This trauma resurfaced. I called my mother to fact-check it with her.

As we were crossing a road, I’d been holding hands with a girl who was hit by a speeding car. She was injured but survived the accident.

At 16, I was brought by mother – against my will and interest – to take my driver’s license test. I recall scanning the driver’s handbook in the car on the way to the testing centre and thinking, “No problem, I’m not going to pass.” I was right. After two tries, however, I left with a class G1 license. Now, nearly two decades later, I still do not feel I know how to drive nor do have a license of any kind.

It turns out my recalcitrance is actually a fear of driving. A car accident can be a traumatic moment, but I wondered, are there services for people like myself who struggle with getting into a car as a driver or passenger?

I found DriveAgain, a medically based rehab centre in Toronto that offers occupational therapy services for people with driver anxiety, whether from being in a car accident or from other traumas. I spoke to Kathleen Barnes, an occupational therapist and clinical director at DriveAgain, who said that she’s noticed a six-fold increase in requests for help with driving anxiety since they started offering an in-car therapeutic service six years ago. 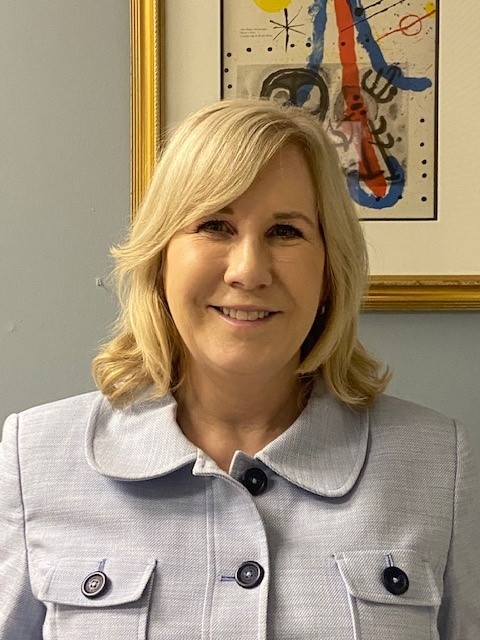 In theory, driver’s education should have sorted out some of the issues I had with driving, but Barnes said that driving schools aren’t prepared for the psychological and medical issues that people with driving anxiety suffer from.
“In the last week alone, I’ve had five clients who have said to me, ‘Kathleen, I’ve been doing driver’s ed for almost 10 years off and on trying to do this, to get better. And nothing’s worked,’” said Barnes, “It’s because driving instructors don’t understand how to target the anxiety. They just keep doing the driving.”

According to Statistics Canada, generalized anxiety disorder affects about three per cent of the population “in any given year.” Findings from a recent StatsCan’s survey on COVID-19 and mental health found that one-in-four Canadian adults “screened positive for symptoms of depression, anxiety or posttraumatic stress disorder (PTSD) in spring 2021,” an increase of four per cent from the previous fall.

To help people with driving anxiety, DriveAgain offers what they call “in vivo” exposure and desensitization training. Working with a driver rehabilitation specialist (who is not a driving instructor), clients spend time slowly increasing their time in a car, sometimes starting as a passenger in the back seat. DriveAgain provides a vehicle which has an added brake located on the side where the driver rehabilitation specialist sits.

“They go out in our vehicles because we can manage and control the vehicle for them,” said Barnes, “Once they’ve been able to master being in our vehicle, then we try to transfer them into their own vehicle.”

In addition to exposure to and comfort with a car, they also work through their clients’ traumas and anxieties in an in-office therapy setting.

“Sometimes, I use YouTube videos where we’re observing a car driving down the road and then we learn to manage the somatic responses by visualizing ‘what is’ instead of actually experiencing or doing it,” said Barnes. “A lot of this is about preparing the mind, doing the desensitization, increasing the exposure, gradually increasing their abilities, and meeting them where they’re at to say, ‘OK, we’re going to work on this slowly and gradually.’”

The length of the program depends on the nature of the driver’s anxiety, she said. The company has a three-week waiting list. The program begins with an assessment that costs $750 followed by an intake appointment with an occupational therapist that costs $250.

It can take anywhere from 10 weekly sessions to a year. Barnes has clients on her caseload that she’s been working with for nearly a year because they suffer from deep-seated trauma. She notes that the source of the trauma doesn’t always have to be driving-related.

“(With) People that have had PTSD, perhaps (due to) sexual abuse, it ends up coming out that a lot of these people are suffering from anxiety behind the wheel, and they don’t know why,” she said.

For people who have been in car accidents, the process of rehabilitation sometimes ends with DriveAgain’s services.

“The people that have been in crashes and collisions most often have been participating in rehabilitation or attending medical appointments (because a lot of it’s linked to the insurance industry),” said Barnes. “What we see is that anxiety develops out of a fear of being reinjured physically and feeling overwhelmed by the idea of having to go through all that therapy again.”

While some clients are referred by their psychologist or insurance providers, many find DriveAgain’s services for themselves. Barnes said she’s seen more clients with ADHD as well as people who are newly anxious after not driving through the pandemic.

After 12 years of driver anxiety therapy, Barnes is struck by how freed drivers feel once they’ve processed their driving anxiety and traumas. “We see this over and over again with people that have been severely injured physically who’ve got that fear of being injured. Once they’re finished 10 or 20 sessions, it’s like, ‘Oh my gosh, I have my life back,’” she said.

In my own case, I’ve always wanted to take to the open road, but buried trauma has kept me out of the driver’s seat. Hopefully, by working through it with an expert, I can finally crack open the driver’s handbook again.