How a faulty clutch led to the start of Lamborghini

Join the Conversation (0)
Advertising guru Terry O'Reilly said one of the most famous car brands in history resulted from an entrepreneurial “fist slam.” O’Reilly, the host of the CBC podcast “Under the Influence,” coined the term to describe the moment when a person slams their fist on a desk and says, “There's got to be a better way.”

“That entrepreneurial fist slam is responsible for so many great companies,” said O’Reilly, “and I think Ferruccio Lamborghini had that fist slam moment.”

Years before Lamborghini’s fist slam, the industrialist and businessman, found he had a knack for tinkering with the machines and vehicles on his parent’s grape farm in Cento, Italy. “He just had a natural ability to fix things and was a gifted mechanic,” said O’Reilly.

With the advent of the Second World War, Lamborghini’s talents saw him drafted by the Italian Royal Airforce, assigned to the Fiftieth Mixed Maneuver Motor Fleet, and stationed in Rhodes, Greece. In 1946, prompted by an Italian economic recovery incentive program, he returned to the village of Cento, where he opened a mechanics shop and identified a new business based on the needs of local farmers, who couldn’t afford tractors to cultivate the land. 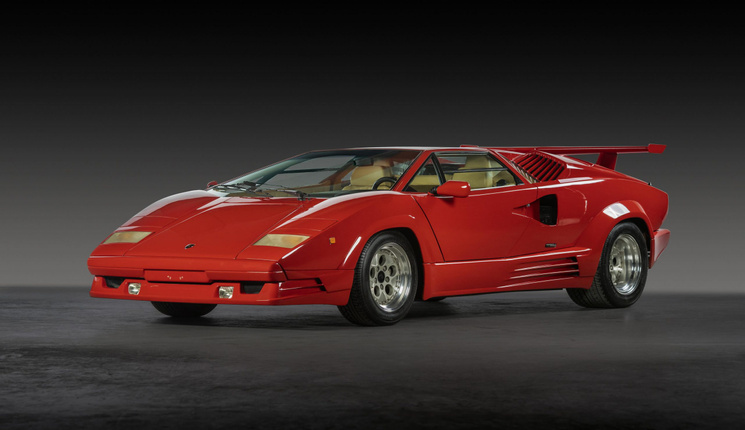 “After the war he saw an opportunity to salvage army surplus machinery left behind by the war,” said O’Reilly. “I'm sure there were abandoned tanks and military vehicles. He decided to take all that equipment and see if he could do something with it.”

“Like most successful people, he was driven and I suspect that he was in part, or in all, a genius,” said Bobby Moresco, an Oscar winning writer and the director of the recently released film “Lamborghini: The Man Behind the Legend.”

“He was able to see things that most people can’t see. That makes him a visionary.”

With his family’s farm as collateral, Lamborghini bought 1,000 engines and began building affordable tractors for the local market. In 1948, on the first day of sales, he sold eleven tractors.

“He started very simply, very humbly,” said O’Reilly. “The tractors became so popular that he ended up opening a plant. That success and the wealth that brought him, allowed him to branch out into other things and with all that wealth, he started collecting fast luxury cars. So that's where he dipped his toe in the luxury car market.” 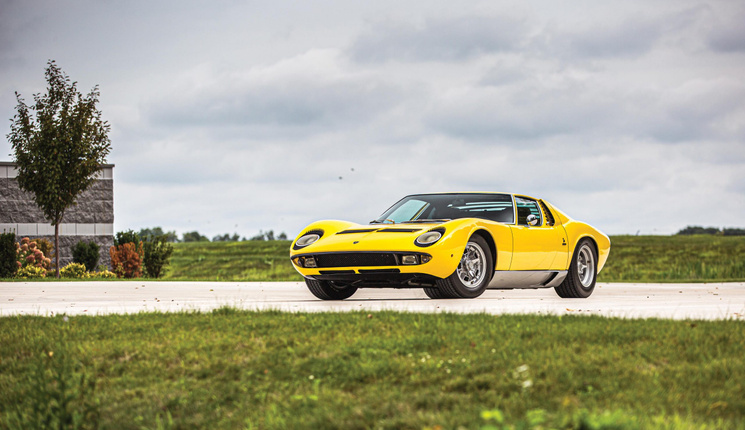 Over the years, as his wealth increased, so did his car collection. In 1958 he purchased the car that would change the course of his life, a two-seat Ferrari 250 GT coupé with a body designed by coachbuilder Pininfarina.

Over time he would purchase several more Ferraris, including two 250GT Berlinettas and a four-seater 250GT 2 + 2. They all had one thing in common, a faulty clutch.

“So, one day when the clutch malfunctioned yet again,” said O’Reilly, “he had his one of his tractor mechanics take a look at it, and they discovered that the actual clutch component was exactly the same component that they used in their tractors.

“And why that drove Lamborghini particularly nuts was because he was appalled they were using a tractor component in a luxury supercar. I think Ferrari was buying the clutch components for his tractors for 10 lira and Ferrari was charging like 1000 lira for the same part.”

Lamborghini confronted Enzo Ferrari, founder of the of the Ferrari automobile marque, about the faulty clutch, with disastrous results.

“Lamborghini is waving the part in Ferrari’s face saying, ‘How could you put such a cheap part in in a supercar?’ And Ferrari just blows him off. He says, ‘It's not the cars, it’s the driver. Go back to your tractors.’ Very insulting,” said O’Reilly.

“I think being the son of a farmer and moving into the world of industry brought with it its own insecurities for a young man who just returned from the war,” said Moresco. “ I think, in the meeting, and no one really knows what happened between Lamborghini and Ferrari, I suspect that whatever Ferrari said, he touched on those insecurities that kicked off Lamborghini’s need to overcome them.”

That meeting was Lamborghini’s fist slam, what O’Reilly calls the “metaphorical slap in the face that started Lamborghini saying, ‘I can build a better car.’”

The reverberations of the fist slam were heard round the world. Automobili Lamborghini S.p.A was officially incorporated in 1963, and their first car, a 350 GT, sold its first models the following year. The company, now owned by the Volkswagen Group through its subsidiary Audi, developed into a worldwide brand synonymous with luxury.

Years later Lamborghini saw Ferrari at a restaurant. The creator of the Miura, the Espada and the Countach tried to say hello, but Ferrari turned away, pretending to talk to the person next to him. “He ignored me,” said Lamborghini. “He was a great man, I admit, but it was so very easy to upset him."