Like Robert Pattinson’s Batman, the new Batmobile offers a very fresh take on a familiar concept.

Join the Conversation (0)
The Batman is the darkest, grittiest on-screen interpretation of the classic DC character we’ve ever seen. And yet it’s very unlike the last batch of “dark and gritty” Batman movies.

Take for example how the Christopher Nolan films attempted to explain exactly how Batman could be Batman. James Bond-esque exposition scenes suspended our disbelief in Batman’s suit and gadgets — including the iconic Batmobile — by grounding them in the world of postmodern military tech. We of course remember “The Tumbler” — Nolan’s interpretation of the tank-like Batmobile from Frank Miller’s masterpiece 1986 graphic novel, The Dark Knight Returns.

The Batman goes in a very different direction by addressing its “How can Batman be Batman?” question purely through visual storytelling. The answer that visual storytelling provides is, “he made all this stuff himself.” And that includes the new Batmobile.

Which means for the first time, we’ve got a Batman who likes working on cars. And that logic has led the filmmakers to provide us with a very, very different Batmobile — one which is easily the most car enthusiast-inspired on-screen interpretation to date.


This isn’t the first time Batman has driven a modified version of a commuter vehicle. The Batmobile of the 1960s television show was based on a Ford Futura. When Neal Adams drew Batman for the comics, he made the Batmobile a Corvette Stingray. It didn’t even look like a bat. It was just a straight up black Corvette Stingray — which makes something of a cameo in The Batman film.

However, this is the first time that the storytellers have clearly stated that the Batmobile is a modified version of a “regular” car.

In an interview with GQ, director Matt Reeves and production designer James Chinlund discussed the new Batmobile. Their shared goal was to make the new Batmobile "look somehow retro and familiar, like a Dodge Charger or Challenger,"

"We chopped the roof off a '69 Dodge Charger," said Chinlund — indicating that though the car is not entirely a Charger, the iconic Dodge’s presence is what's intended to be communicated on-screen. 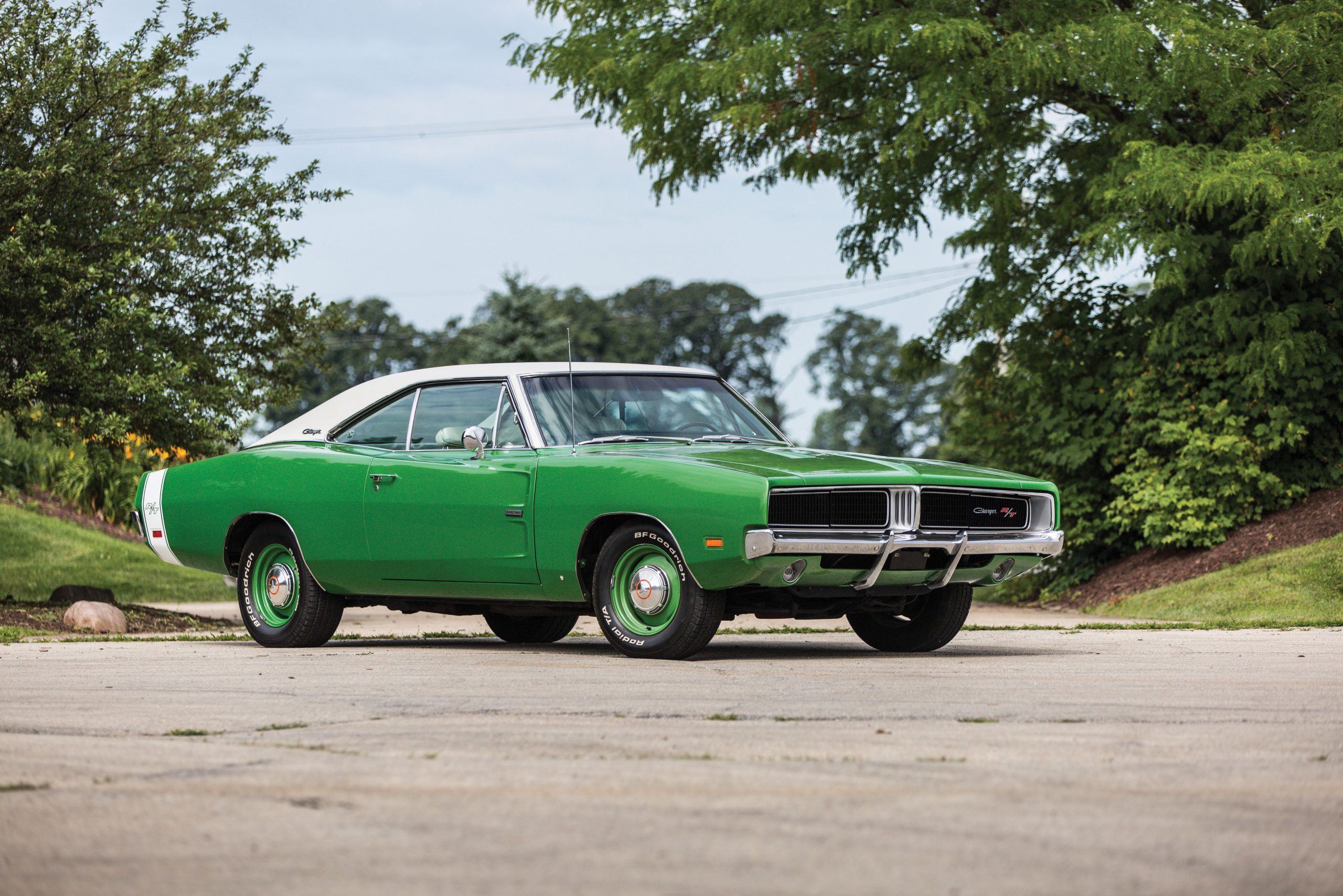 In a prequel novel to The Batman, David Lewman's Before the Batman: An Original Movie Novel a teenage Bruce Wayne drives a 1968-1970 Dodge Charger in street races.


Of course, the Batmobile has always featured a large afterburner exhaust exiting from the rear of the car, indicating it had some kind of jet propulsion. However, it’s never been entirely clear how this would work, and most of the Batmobile models were obviously a front-engine layout. Previous Batmobiles all seemed sci-fi, as if they could never mechanically exist in the real world.

The latest Batmobile attempts to remedy that.

According to Motorbiscuit, which breaks down the technical side of the new Batmobile in great detail, this latest interpretation features a number of real-world modifications, including its rear-engine. As described by Motor Biscuit: "This Batmobile features huge tires, lifted suspension, a rear-mounted V10 engine, and swooping fender flares." 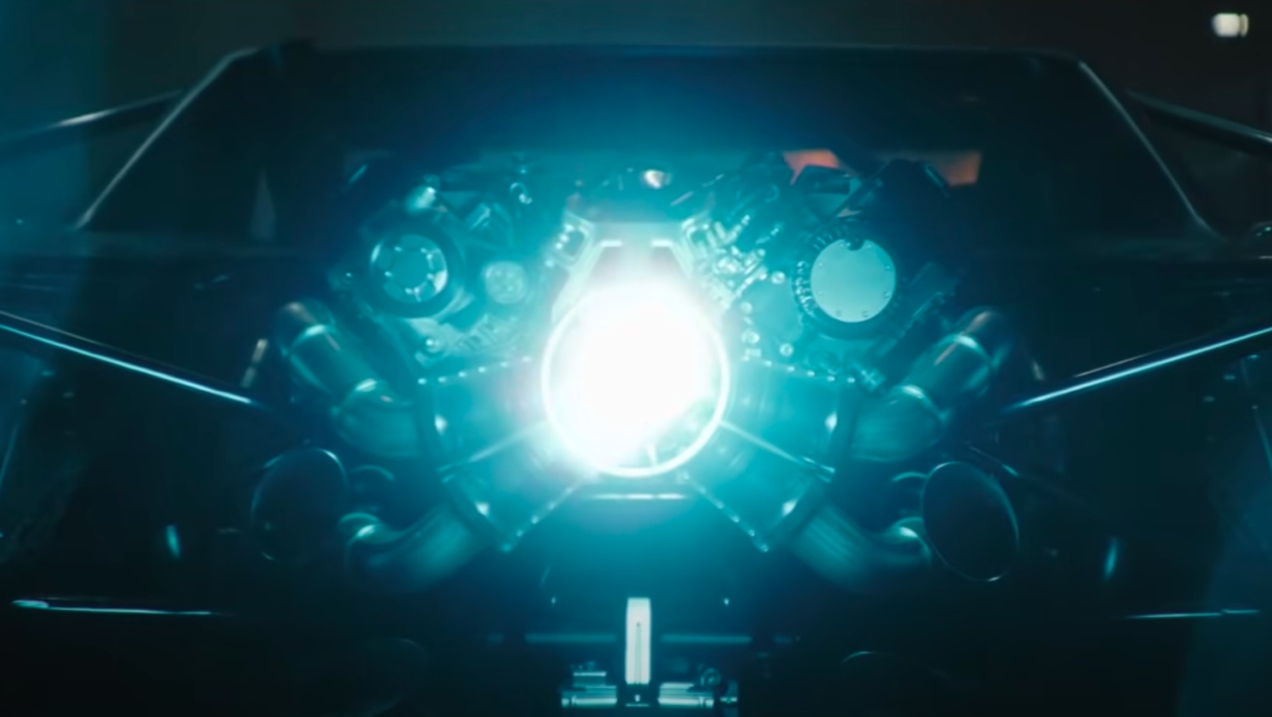 Would a Hellcat HEMI V8 have been more appropriate and indeed faster in the real world? Sure. But the Triton V10 looks and sounds the part on-screen, and that’s what matters most.


I guess it stands to reason that Bruce Wayne would be concerned with not only cleaning up the streets of Gotham, but also the planet.

However, the EV Batmobile exists only as a stunt prop, not necessarily a cannon feature.

A Tesla drivetrain was inserted into the front of one of the Batmobiles in order to accomplish a stunt in which the Batmobile shoots flames out of its rear exhaust.

"We built this very intricate front to the car, we called it 'The Furnace,'" Chinlund said in an interview with Insider. "The concept was that there's a jet intake in the front that feeds into the rear engine. So in the electric version, it allowed us to have this fire breathing machine inside the hood."

Keeping things electric reduced the on-set risk when compared to a gasoline-powered version.

"Early on in conversations with ['The Batman' director] Matt [Reeves] we were talking about 'Christine,' the Stephen King book, and were figuring out ways to make the car actually feel like it was breathing," Chinlund told Insider. 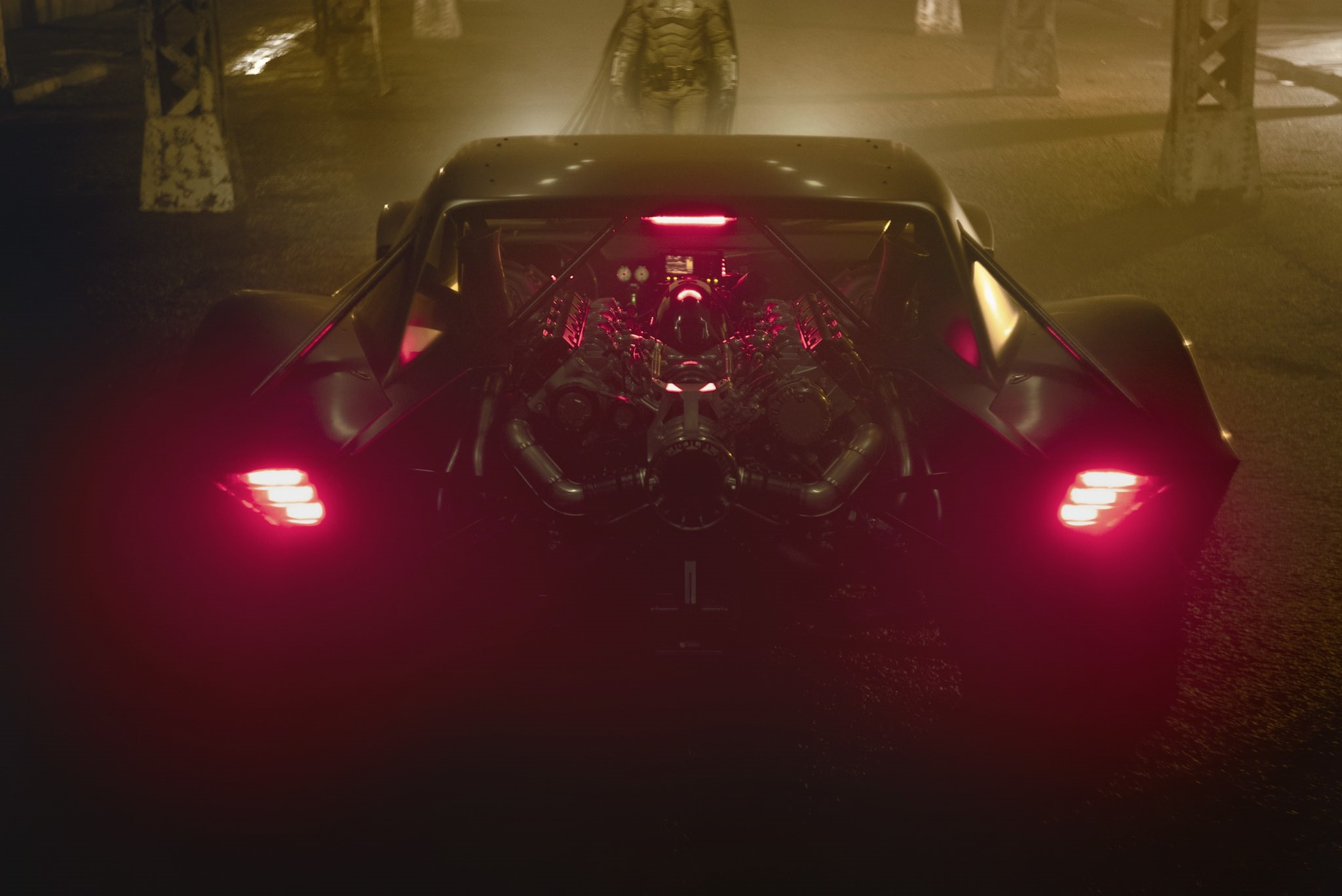 Movie buffs will remember the 1983 film adaptation of King’s classic novel about an evil spirit inhabiting a killer car, where the titular Chrstine was played by a 1958 Plymouth Fury. Chrstine was also the inspiration for films like Quentin Tarinto’s Death Proof — which also features a menacing, black 1969 Dodge Charger.


As previously stated, the visual storytelling and grounding in gearhead culture is what so separates the new Batmobile from any previous version.

Director Reeves told GQ, "[The Batmobile] had to be entirely bespoke and hand-built by Bruce, piece by piece. It's a vehicle designed to ram through things, so the body built itself around that idea. That's why the rear is open, and the engine is exposed.”

“It wasn’t going to be like a tank or a specialized weapon,” Chinlund told Variety. “He was not James Bond, he was a singular vigilante.”

Chinlund and Reeves didn’t want the Batmobile to look like something which Bruce Wayne drew on his resources at Wayne Industries to create. It was meant to be an expression of the character’s solidarity and determination.

According to Variety, Chinlund’s design notes for the Batmobile was that it should be “relentless [and] motivated by a mission.”