Over the decades, musicians have been inspired by this quintessentially American car.

Join the Conversation (0)
In music mythology, the Cadillac looms large. Consider the fact that the queen of soul, Aretha Franklin, was such a fan of the automobile that her family arranged to have 100 pink Cadillacs fill the streets outside the Greater Grace Temple in Detroit on the day of her funeral in 2018.

Franklin, like so many other musicians, saw the Cadillac brand not only as luxurious but also as a metaphor. Large and ornate, with sparkling chrome and flamboyant paint jobs, these vehicles echoed their larger-than-life owners – the musicians who rode around like modern-day royalty in their Fleetwoods and Coupe DeVilles.

Owning a Cadillac was an American symbol of success. Riding in one announced, by its sheer size and sometime outlandish accessories, that you had arrived. Just as importantly, the Cadillac emblemized the personal freedom of rock and roll – the spirit of adventure that musicians travelling from gig to gig embodied.

They have also sparked the imaginations of songwriters from Bruce Springsteen and Johnny Cash to Ariana Grande and Joni Mitchell. Here is a look at some of those pedal-to-the-metal Cadillac songs.

Perhaps no other rocker is as associated with the Cadillac name as Elvis Presley. From 1955 to his death in 1977, the singer purchased more than 200 of the iconic vehicles, keeping some for his private fleet, and giving others away to friends, family and, sometimes, perfect strangers.

His love affair with these opulent vehicles dates to the very beginning of his career, when the former Memphis truck driver bought a pink Fleetwood Series 60 with a powerful 6.0-liter V8 engine to drive his band from gig to gig. “Ambition is a dream with a V8 engine,” Presley famously said. “Ain’t nowhere else in the world where you can go from driving a truck to a Cadillac overnight.”

In his first nationally charting single, a 1955 cover of Arthur Gunter’s blues song “Baby, Let’s Play House,” Presley changed the lyrics to pay homage to his new car. Gunter’s original line, “You may get religion,” was swapped with, “You may have a pink Cadillac.”

The original pink Caddy he owned broke down shortly after the release of the single. Presley replaced it with a blue 1955 Fleetwood he had repainted in a colour that came to be known as “Elvis Rose.” 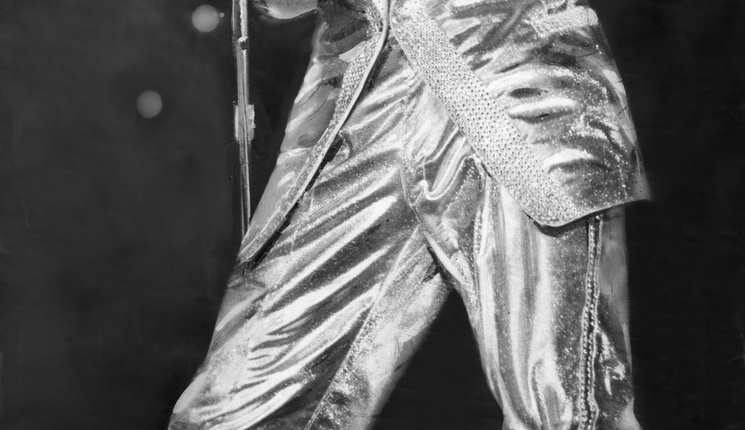 Hank Williams was the first bona fide poet of country music. A master at writing simple songs about complex emotions, he earned the nickname The Hillbilly Shakespeare. The writer of “I’m So Lonesome I Could Cry” passed away at age 29 in the backseat of his 1952 Cadillac convertible as he shuttled between gigs on New Years Day in 1953. His car is now on display in the singer’s hometown of Montgomery, Ala., and has also been the subject of many songs, most notably “Long White Cadillac” by The Blasters.

Although he never mentions Williams by name, writer and guitarist Dave Alvin dedicated the 1983 song to the country singer, and its lyrics certainly capture the melancholy Williams was known for.

Sitting in the back

Of a long white Cadillac

Country singer Dwight Yoakum, who later covered the song on his “Just Lookin’ for a Hit” album, called Alvin’s tribute to Williams, “One of the greatest songs ever written. A rock and roll homage to Hank Williams, who was essentially the first rock star.”

Long before Mink DeVille became famous as the house band at New Yok City punk club CBGBs, it was just another group in search of a name. Its brand of music, a blend of rock, rhythm and blues and soul, demanded an evocative moniker that represented its eclectic mix of music. “One of the guys said, ‘How about Mink DeVille?’” recalled the band’s singer, Willy DeVille (real name Bill Borsey). “There can’t be anything cooler than a fur-lined Cadillac, can there?”

The Cadillac Coupe DeVille inspired the band’s name and one of its best-known tunes, the brooding “Cadillac Walk.” Written by Moon Martin, the rockabilly artist who also penned “Bad Case of Loving You (Doctor, Doctor)” made famous by Robert Palmer, the tune is a story song that uses Cadillac metaphors to describe the singer’s girlfriend, a beautiful and seductive woman with “the Cadillac walk.” Others have recorded the song, but Mink DeVille’s sexy and propulsive version best captures the connection between the ideal of a Cadillac as the epitome of car culture cool and rock and roll. 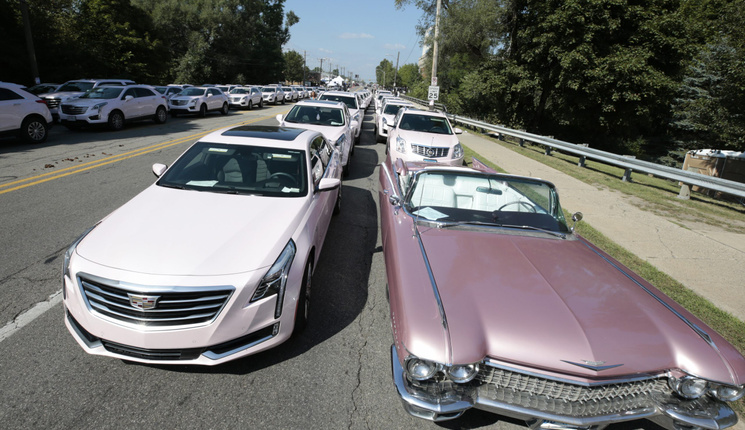 Chuck Berry’s first single, 1955’s “Maybellene,” is a pioneering rock and roll song and an early example of the guitarist’s obsession with Cadillacs. The story of a hot-and-heavy drag race between a spurned boyfriend in a V8 Ford and his unfaithful girlfriend in a Cadillac Coupe DeVille, it practically invented the rock guitar sound and showed off Berry’s playful use of wordplay. In the first verse he sings, “As I was motorvatin’ over the hill, I saw Maybellene in a Coupe de Ville,” combining the words motoring and motivation to create a blend of words that paint a vivid picture of his V8 feverishly trying to catch up to the Cadillac.

Berry first fell in love with cars when he was seven years old, and always dreamed of owning a Cadillac. He would go on to buy a fleet of them, one of which, a candy-apple red 1973 Cadillac Eldorado is on display at the Smithsonian. The extravagant cars fuelled his writing imagination, turning up in numerous of his hits, including “Nadine” and “No Money Down,” which documents the purchase of his first Cadillac. “It was my fascination for the roads, for driving, motoring, which prompted me to write those songs,” Berry said.