Forget about the gas or a cumbersome cord. Modern electric snowblowers have the power to cut through the pack.

Join the Conversation (0)
With battery power beginning to appear in many aspects of life, from vehicles to tools and everything in between, it only makes sense this technology has found its way to one of the most-Canadian of products – snowblowers.

Modern electric snowblowers have long ditched extension cords and gone all-in with strong onboard battery power. Some popular brands such as Ryobi and eGO have had the foresight to design their machines to use the same batteries as other tools in their line of products, think leaf blowers or electric lawnmowers.

This is extremely convenient, not unlike having the same type of charging port on all one’s handheld devices. Note that most electric snowblowers come with a device with which to charge its batteries; look with suspicion upon any unit which doesn’t. 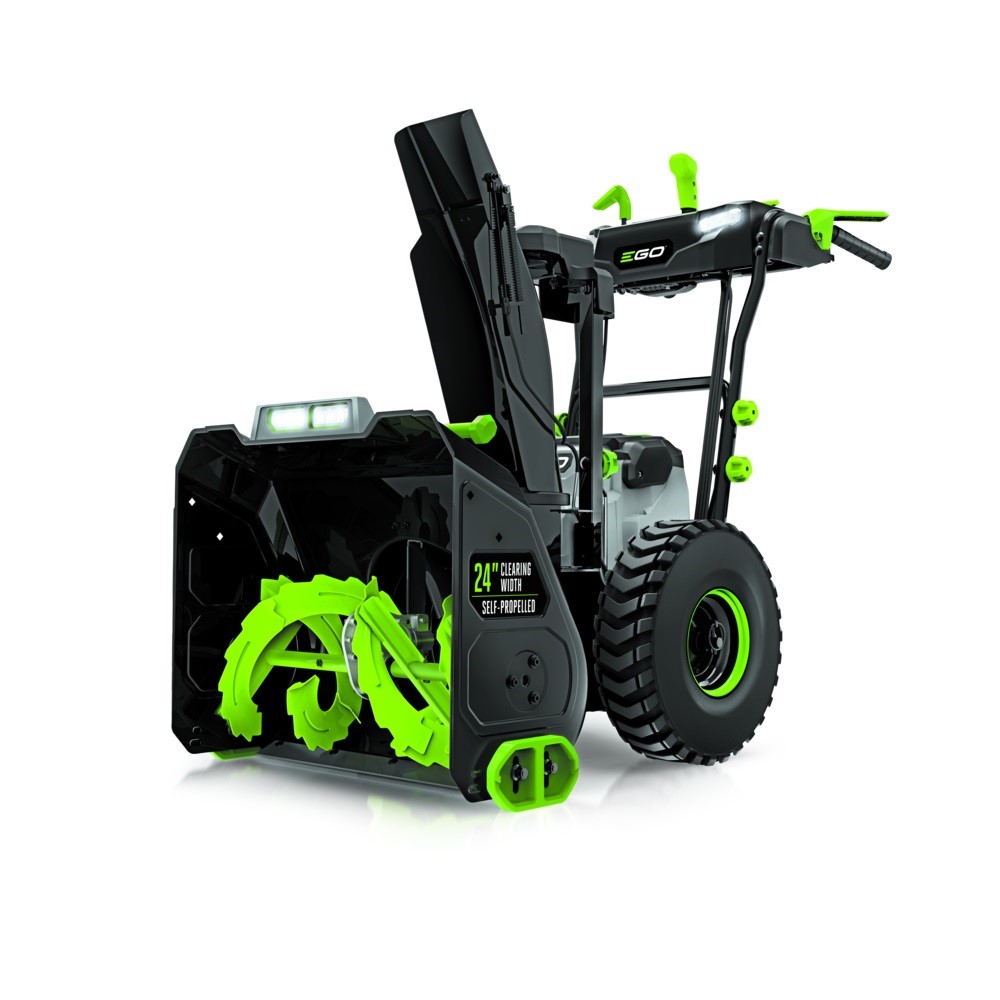 Battery life is always top-of-mind for buyers of electric snowblowers. Independent testing has shown a unit packing two 7.5 amp-hour batteries should be good for approximately 30 minutes of work when clearing about 15 centimetres of accumulated fresh snow.

Depending on the operator’s sense of urgency, this should be ample time to handle a typical four-car suburban driveway. If your driveway is much larger, or you live in an area where heavy and wet snow is the norm, an electric snowblower may not be the best solution.

If you are unfamiliar with snowblowers, there are two terms you should become acquainted with. A unit’s clearing width refers to the size of a snowblower’s gaping maw, the one through which it inhales snow. If you plan on keeping your new machine inside, ensure this measurement is not wider than the door to your garage or shed.

The term two-stage refers to the rotating auger mechanism on the blower’s business end. One set of augers chew up the snow while another impeller pitches it skyward through the vertical chute. A single-stage blower uses one set of augers to perform both jobs and is far less robust.

Like so many other devices, batteries comprise much of an electric snowblower’s price tag. This helps explain why gasoline-powered machines with similar specs tend to have a lower up-front cost. For example, one of the most popular electric blowers in Canada utilizes a pair of 7.5 amp-hour batteries which cost more than $500 each when purchased separately. With that figure in mind, the different between electric and gasoline prices – roughly double for comparable machines – starts to make sense.

Battery power means the end of noisy engines with flammable liquids which need replenishing and small parts that may need to be replaced after a few years. Absent these variables, electric blowers are essentially maintenance free, provided they are sensibly stored in a dry place between uses.

Examine how you plan to use the machine, keeping in mind the amount and type of snow typical for your area, and you may just find that an electric snowblower is the right choice for handling this very Canadian winter chore.

This cordless two-stage snowblower with a 24-inch intake width combines the power of two 7.5 amp-hour lithium batteries to chew up snow and launch it around 15 metres clear of your driveway. A quartet of LED lights sip a bit of energy from those batteries but do a dandy job of lighting the path ahead. Its variable-speed augers are apparently capable of handling up to 35 centimetres of the white stuff but its official claim of being able to clear an 18-car driveway on a single charge is based on about half that accumulation ($1,999 at lowes.ca).

The Greenworks 60-volt electric snowblower utilizes three 5.0 amp-hour batteries to provide a suggested 45 minutes of run time when clearing 15 to 20 centimetres of fluffy snow. A push button start makes life easy while its 24-inch intake allows the user to get into (and out of) tight spots. High- and low-level LED headlamps help you see and be seen in low light conditions. The ejection chute rotates a total of 200 degrees, helping ensure users aren’t blowing snow back onto their driveway or into a neighbour’s yard ($1,999.00 at canadiantire.ca).

This brute brings the heat in the form of an intake chute larger than anything else on our list. While two 7.5 amp-hour batteries are included, the machine has a port for a third battery whose extra juice can extend this blower’s run time by up to 50 per cent. Just like other units in the Toro family, the Max E is built with heavy-duty steel. A set of hand warmers on the controls keep your hands warm and, like others, low-draw LED lamps can light the way in dark conditions ($2,798.00 at homedepot.ca) 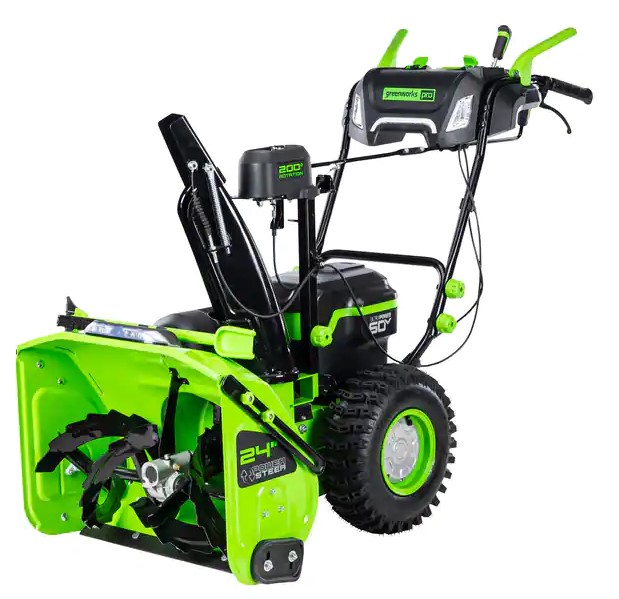 Prices correct at time of production