Banned in some communities, the future of the drive-thru is far from clear

Criticism about idling and a culture built less around commuting in automobiles have this variety of restaurant facing possible challenges.

Join the Conversation (0)
“People in their cars are so lazy, that they don’t want to get out of their cars to eat,” said Jessie G. Kirby in 1921. He was the co-owner of Kirby’s Pig Stand in Dallas, Texas, which became the first drive-thru restaurant to open in the United States.

Six years after making his proclamation, Kirby’s restaurant was an undisputed success, serving more than 5,000 chicken-fried steak and pork sandwiches, onion rings, milkshakes and slabs of Texas toast every night.

Kirby revolutionized the restaurant business with a new, quick way to serve customers in their cars, but he also misread its appeal. In the more than 100 years since he labelled car drivers “lazy,” a number of reasons have emerged as to why people love buying without leaving the vehicles.

“The real appeal is convenience,” said Phil de Luna, a research scientist and adjunct professor at the University of Toronto. “When we think about where drive-thrus are primarily used and where they are, in terms of demographics, it's towns that are built around vehicles and cars. It's towns that don't necessarily have access to public transportation or people able to walk to restaurants easily.

“So, drive-thrus are really about saving time and being able to perceive the convenience of not having to leave a car.”

While this may be the case, the existence of drive-thrus are being curbed in some areas of Canada. A 2018 University of Alberta study found that, at the time, more than 27 communities in six different provinces had banned them in some form.

De Luna said there are a few downsides when it comes to drive-thrus. “The first is the environmental impact, which is really around idling and emissions of your car while you wait in the drive thru,” he said, adding a study by the Department of Energy in the United States found that eliminating unnecessary idling of personal vehicles would be the same as taking five million vehicles off the roads annually.

“Drive-thrus are just a piece of that,” he said. “Every time you stop at a stop light, you're idling a little bit. Every time you are stopped by a train that’s going by on the tracks, you idle. So, there’s certainly the emissions impact which also lead to health outcomes and local air quality within that area region.

“There are also the impacts on the environment from the perspective of noise pollution, sound and traffic. If the drive-through is located near a residential community, it can really up-end and disrupt people's lives.”

De Luna also sites an economic impact. The more time we spend in our cars, the more gas we burn. With soaring gas prices, for many people that means less money to spend elsewhere. However, even with so many strikes against them, De Luna doesn’t necessarily think drive-thrus should be banned.

“The environmental impact, with respect to drive-thrus, is significant, but there are lots of other things in our society that emit more than drive-thrus and we're not banning those things,” he said. “From a public perception, who wants to be told that they can't do something? Who wants the government to control what they can or cannot have access to? From that perspective, I don't think it’s politically palatable.”

De Luna said that bans may not be necessary because the way we are using our cars as a society is also changing.

“In the post war boom, North America cities were built with interstate highways or provincial highways built around the car as the focal point of the economy,” he said. “That’s why so much city infrastructure, especially in a place like North America, where we have a relatively distributed population, made sense.”

That may no longer be the case, De Luna said. As more and more people worked from home during the COVID-19 pandemic, and some employees do not want to return to the office, the need to drive to work – and perhaps stop at the drive-thru on your way there or home – is no longer essential to the economy.

“I don't necessarily think that (the drive-thru) is a disease or symptom of car culture. Rather, like every culture, it evolves, and I think the car culture is evolving, too,” he said. 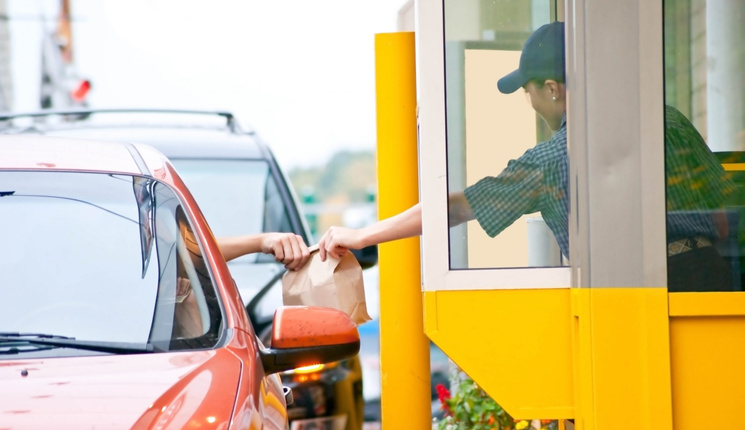 The 2018 University of Alberta study on drive-thrus, which was published in the “BioMed Central Public Health Journal,” identified the types of bans and the reason for them.

It found full bans on drive-thrus existed in communities like Nelson, Central Saanich, Mission and  Ladysmith in British Columbia, as well as in Rosemont-La-Petite-Patrie, a borough in the city of Montreal.

Partial bans, which might limit where in a city a drive-thru can be built, exist in a 22 cities, including Toronto – and other municipalities in the GTA – Calgary, Vancouver, Fredericton and Halifax.

The study also found the reasons for the limits on drive-thrus ranged included public health, protecting the character of a community, traffic, safety concerns and air and noise pollution concerns.