Greg Carrasco maps his own road in the auto industry

Carrasco doesn’t believe in the orthodox, but that hasn’t stopped him from being a success in the auto industry.

Join the Conversation (0)
Greg Carrasco might be the most fascinating person in the Canadian automotive industry, if not the most intriguing. Perhaps even the most mysterious.

Carrasco is the vice-president of operations and general manager of Oakville Nissan and Oakville Infiniti. Yet, there are so many layers to him beyond his job titles or the brash persona he has gained for promoting his company on radio, TV and social media. If you live in Oakville – or gone to see a movie there – you might have spotted some of the commercials he has done that screen in theatres before the main feature.

Carrasco plays guitar. He writes poetry and is a songwriter. He does martial arts, specializing in Brazilian jiu-jitsu, and even opened his own gym. He tries to read at least 30 books a year, everything from fiction to philosophy. He doesn’t smoke, nor drink, nor do drugs – thought he said some people might think otherwise because of his amped-up appearance in his commercials. He is covered in tattoos and rides a motorcycle.

If all this isn’t enough, the 50-year-old also plans to begin online studies this fall to obtain a degree in political science. He hopes to complete a law degree in the next decade.

“I think there are significantly more interesting people than I am (in the automotive industry), but the one thing I do know is I don’t have a bucket list because, whatever it is I want to do, I’m not waiting, I’m doing it,” Carrasco said.

“I live my life ferociously and I’m just trying to stay wild. I will not be tamed by the system. I believe I have an unusual combination to run businesses and be artistic at the same time,” said Carrasco, who also hosts a long-running radio show on Mississauga’s Sauga 960. “I’m good at what I do and that makes a lot of people uncomfortable.”

Carrasco is currently working on a novel, but he should be writing a memoir. His life is fascinating, if only for the fact he has lived to tell it. He grew up in a town near Santiago, Chile, called Cerro Navia.

“There were no paved roads, the houses were made of cardboard and metal sheets with pins,” he said. “It was rough. You wouldn’t come out at night. It was not something you could do. We were extremely, extremely poor. We watched people get murdered in front of us. You have never seen pain until you hear someone dying.”

Born out of wedlock, Carrasco was one year old when his father abandoned him and his mother. Four years later, his mother left him and his sister, Jessica, who is a year younger.

“We bounced around from house to house,” Carrasco said. “I understand now how unlikely it was for my sister and I to have made it. The fact we were able to sublimate ourselves into some sort of normalcy was a miracle unto itself. I don’t believe in miracles, but, for lack of a better word, that’s what it was.”

The defend himself, at an early age he learned karate from a friend. “I became really good at using nunchakus. They lived with me because I was in a gang-ridden neighborhood. I carried those things through elementary school and the beginning of high school. They saved my life.”

At the age of 17, Carrasco made the decision to leave Chile. He said the hardest part was having to leave Jessica behind (she followed him to Canada 15 years later). He considered emigrating to Brazil or Australia but settled on Canada because he had some distant connections in Toronto. He took the money he had been saving since he started working at the age of nine and bought a plane ticket.

He did not speak English when he arrived but found a job as a sewing machine operator in downtown Toronto. At night, he worked as a bouncer at Spanish nightclubs, and often found their patrons wanted to fight him because he was on the smaller side. When one of his workmates decided to join the armed forces, Carrasco also enlisted and trained in both Meaford and Borden. 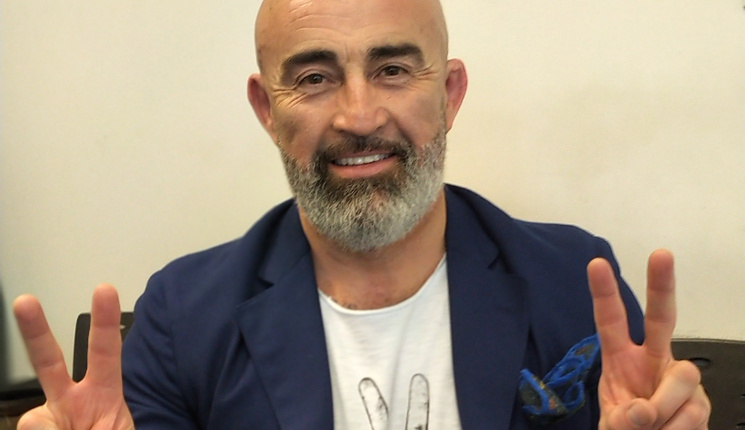 ‘No one could touch me’

In 1993, Carrasco began his career in the automotive industry, working as a salesman for Nissan and Acura. While his English had improved, he said his knowledge of automobiles was weak. The first time he took a customer for a test drive, he couldn’t answer their questions. The customer told him to bring out a salesperson who could.

“It crushed me,” Carrasco said. “That was when I made the decision that I was going to be the absolute best car salesperson in Canada. My life changed after that.”

He printed his face on a sheet of paper with his name and phone number and called himself The Car Guy. He would go door to door with his eldest son – he has three children – and drop them in mailboxes. He soon became Acura’s top salesperson for four consecutive years.

“No one could touch me,” he said. “My biggest year, I had 347 sales. That’s more than a car a day because we were not open on Sundays. I was a very strong salesperson. I think I had a genuine interest in helping people because money never drove me, which is an odd thing to say. I came from nothing, so I can live with nothing.

“What drives me is making a difference. For me that is so much more valuable and impactful. Everyone has different markers. Mine isn’t money. Money is a side effect of a job well done. If you are good at anything, money comes.”

Over the years, his role in the industry matured, moving from sales into management and putting his own spin on customer service. Along the way, he began creating, directing and starring in TV and radio commercials to promote the dealership and himself. He’s been with Oakville Nissan and Oakville Infiniti since August 2019.

“I’m a fixer,” he said. “I thrive on fixing and re-structuring (things). I like to think I might be able to make a material difference in an organization. I will go into a company that is not having a good time, and I leave with them having a good time. I’m also in a state of growth and reparation. I like that challenge.”

He said one thing he has tried to instill in each place he has managed is an environment where both his employees and customers feel protected. He has also introduced ideas like salespeople working for a set salary as opposed to commissions and setting a price for cars to eliminate negotiating with customers.

He said at one point he considered becoming a dealership owner, but it’s far too late for that. “I’m old, I want to stay nimble,” he said. “I want to reduce the stresses I have in my life. I don’t want to increase them.

“What people see is an overnight success that took almost 50 years to make,” Carrasco said. “I don’t resent my background, although it was horrible. It just made me what I am. It just took awhile for me to like me. If it wasn’t for the things that happened to me or what I saw, I would have never been able to do the things I’ve done today.

“What I do is a little bit different, very unorthodox. I don’t follow the norm. I don’t expect people to comprehend it. They don’t have to. It was hard at first. A lot of people had something to say about me, but not many of them know me. The ones that know me are the ones that should really have something to say, and they don’t. There’s only one person who truly knows me and I’m not saying who that is.”