Travel light. Working in the auto industry, Colin Dhillon is also hoping to inspire others with his spiritual, creative and social journey

Join the Conversation (0)
Colin Dhillon is heavily involved in a cutting-edge, Canadian-made vehicle. He is also busy telling his story in a combination autobiography and self-help book that he was persuaded to write by one of Canada’s most popular sports heroes.

“It began because of one individual, Michael (Pinball) Clemons,” said Dhillon of the former Toronto Argonauts football player who is currently the team’s general manager.

Dhillon is the Automotive Parts Manufacturers’ Association’s chief technical officer and its lead for Project Arrow, a zero-emission vehicle that will be unveiled later this year. The 51-year-old is also the author of “The Three Houses, A Journey to a Better Life,” where he shares his spiritual, creative and social voyage. Both autobiographical and motivational, is also includes a liberal sprinkling of short, one-page stories and illustrations.

“I wanted the words to come across as being from a common, average person. That guy speaking as if he lives next door to you,” Dhillon said. “One of the reasons I’ve woven in some of my philosophies is for people to read it and to get something out of it that benefits them in their lives but does not feel like they’ve been in a classroom or are being lectured to.”

Dhillon met Clemons eight years ago through a mutual friend, and their relationship grew from there. They both had a common background as immigrants – Dhillon from England and Clemons from the United States – and encountered racism.

Dhillon grew up in Tipton, an industrial town in the West Midlands, where he and his brothers were encourages to anglicize their names by the headmaster of their school. They were the only Sikhs, and both wore turbans. Dhillon, whose birthname is Kulbir Singh Dhillon, also experienced verbal and physical abuse because of his appearance.

Clemons, who grew up Florida, said he also experienced what it is liked to be marginalized, adding that it is “a shadow, and it can be overbearing.” He said he was impressed by Dhillon’s character during that first meeting.

“He’s obviously very smart, but still he has that tremendous spirit of oneness, of collaboration and is able to be patient enough to give people a voice, even if he might be better versed in something,” said Clemons. “He has a tremendous way of being inclusive and bringing people together. During the conversation I enjoyed him so much that I turned around and said, ‘You should be the mentor here.’”

Dhillon said he was taken aback by Clemons’ comment, but “that’s Michael. Very humble. And Michael knows how to get the best out of somebody,” he said. 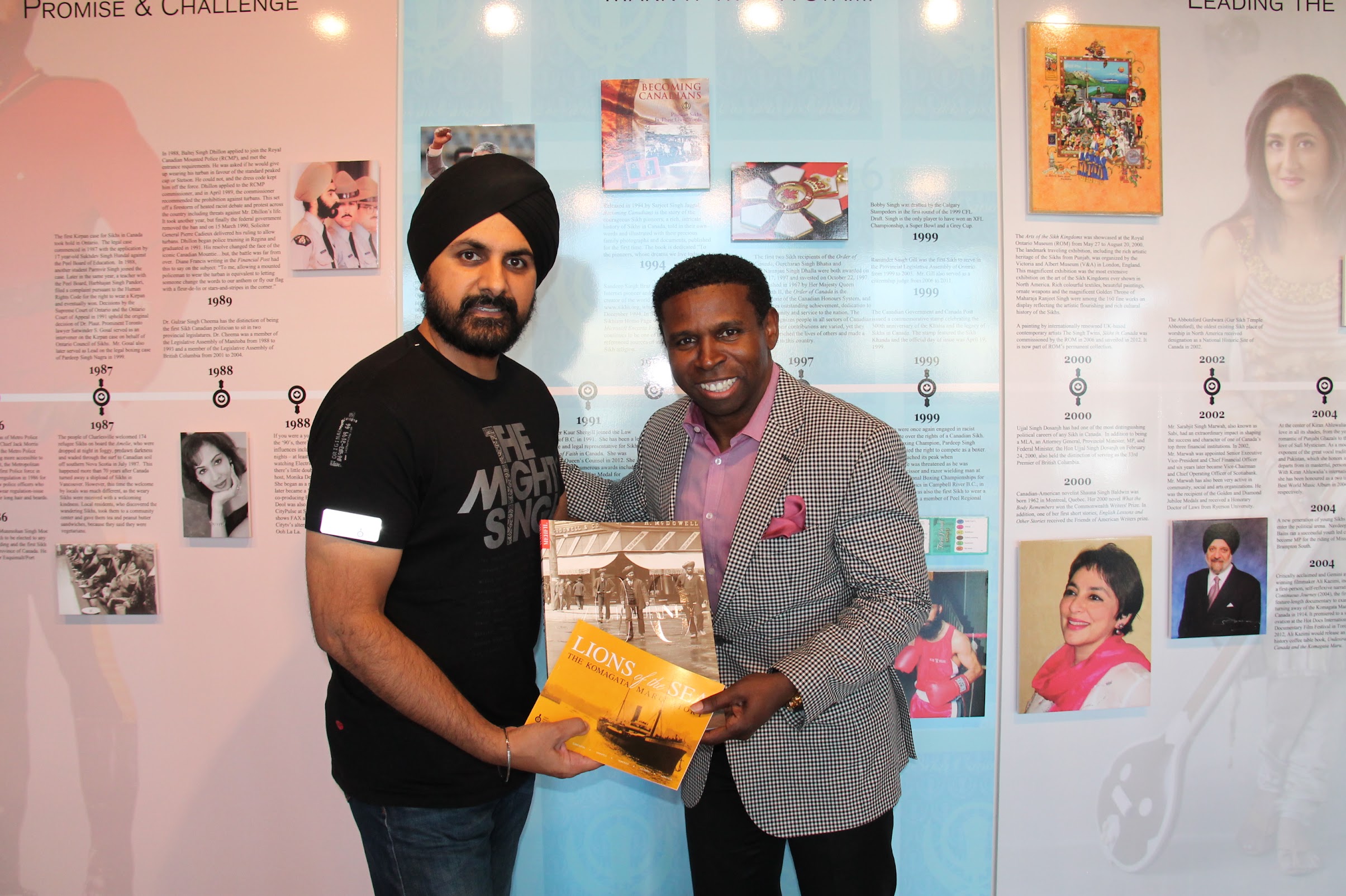 After Clemons kept pushing him to write a book, Dhillon, who moved to Canada in 1993, finally decided to do it. He found an editor to help him, someone he met at an event hosted by the Sikh Heritage Museum of Canada, where he is the organization’s chair and president. He began writing the book almost seven years ago, completing most of it over an 18-month period.

Dhillon put the book on hold when he joined the Automotive Parts Manufacturers’ Association so he could focus on his new job. During the COVID-19 pandemic, family and friends – including Clemons – encouraged him to finish it.

In the book, Dhillon talks about the challenges he has encountered, including the bias he experienced in Canada by potential employers because he wore a turban and had a long beard, both proud symbols of his heritage.

“I’m an industrial designer by trade and Colin Dhillon on the phone sounds like a white Anglo-Saxon fella from the U.K,” Dhillon said. “I would be encouraged to come in for an interview after they reviewed the fax version of my resume and my portfolio. But when they would see me, I’d be this long-bearded, turban-wearing individual and I got rejected several times. That definitely was a period from an employment standpoint where I felt like I was maybe back home.”

Dhillon said he has profound gratitude for what Canada has given him. “One of the things is love and respect,” he said. “I’ve never, ever, ever felt second class in Canada beyond my initial search for a job. My outlook on life and the challenges I’ve faced in the earlier days led me to have a lot of internal conversations, and that’s the crescendo of the book.

“You can have challenging times, but you literally have to have a mindset where you can wake up and forget about what happened the day before because you have no control over it. It’s the past. Don’t carry the baggage of yesterday, travel light.”

It was also in Canada that he met his future wife, Cindy, who is also a Sikh. A matchmaker, who knew both his parents and his future in-laws, facilitated the union. He and his wife have now been married for more than 27 years and have two children.

“My wife built this kind of utopia of love and respect, and the people we have close to us, who are influential to both us and our children, are like-minded individuals as well,” Dhillon said. “I’ve been creating my own spiritual journey.”

That professional, personal and spiritual journey continues with his work for the auto parts association. Dhillon said he is indebted to its president, Flavio Volpe, and their work on Project Arrow is a key part of that relationship.

“One of my responsibilities is reading the tea leaves,” said Dhillon, who came up with the idea for Project Arrow with Volpe. “We’re looking into the future around technology to make sure Canada is prepared.  One of our tea leaf-reading sessions was (asking) how can Canada attract electric vehicle assembly, technology, and growth?

“Rumors were coming out of Michigan about the embracing of electric vehicles three years ago, and so we said that for Canada to continue the trajectory in the auto sector we need to come up with a project which helps to demonstrate Canada’s capabilities for electric vehicles and autonomous vehicle technology.”

He said they are currently in phase three off the project – the engineering and building of a prototype – and that the vehicle will be unveiled at the end of the year. The project includes the participation of established auto businesses, but also what Dhillon said are the “new kids on the block,” digital and tech startups.

“We came up with Project Arrow literally over a plate of Welsh cheese and red grapes. It’s amazing what good food can do,” he said.

Copies of “The Three Houses, A Journey to a Better Life” are available through Amazon, with profits from the book going toward SOCH Mental Health, which promotes mental health awareness in the South Asian community, and the Pinball Foundation. Learn more at kcsd.ca.