The seven-slot grille has been updated and gently swept back at the top to improve the aerodynamics, but it still manages to keep original design styling from the Jeep CJ.

TUCSON, AZ: The new 2018 Jeep Wrangler has all grown up since its creation over 75 years ago.

Born out of necessity the Jeep has become an icon not only in name but also in functionality.

Known all over the world for being the vehicle of choice for adventurers, back country explorers and city slickers this eighth generation model has morphed from a very basic off-roader into a sophisticated SUV without losing any of its charm, versatility or off-road ability.

The new Wrangler has been spruced up inside and out adding a new level of comfort and sophistication with technical enhancements not normally associated with a rugged off-roader.

The Wrangler still comes with a choice of two or four-door models with the new design lines appearing in both.

The seven-slot grille has been updated and gently swept back at the top to improve the aerodynamics, but it still manages to keep original design styling from the Jeep CJ. 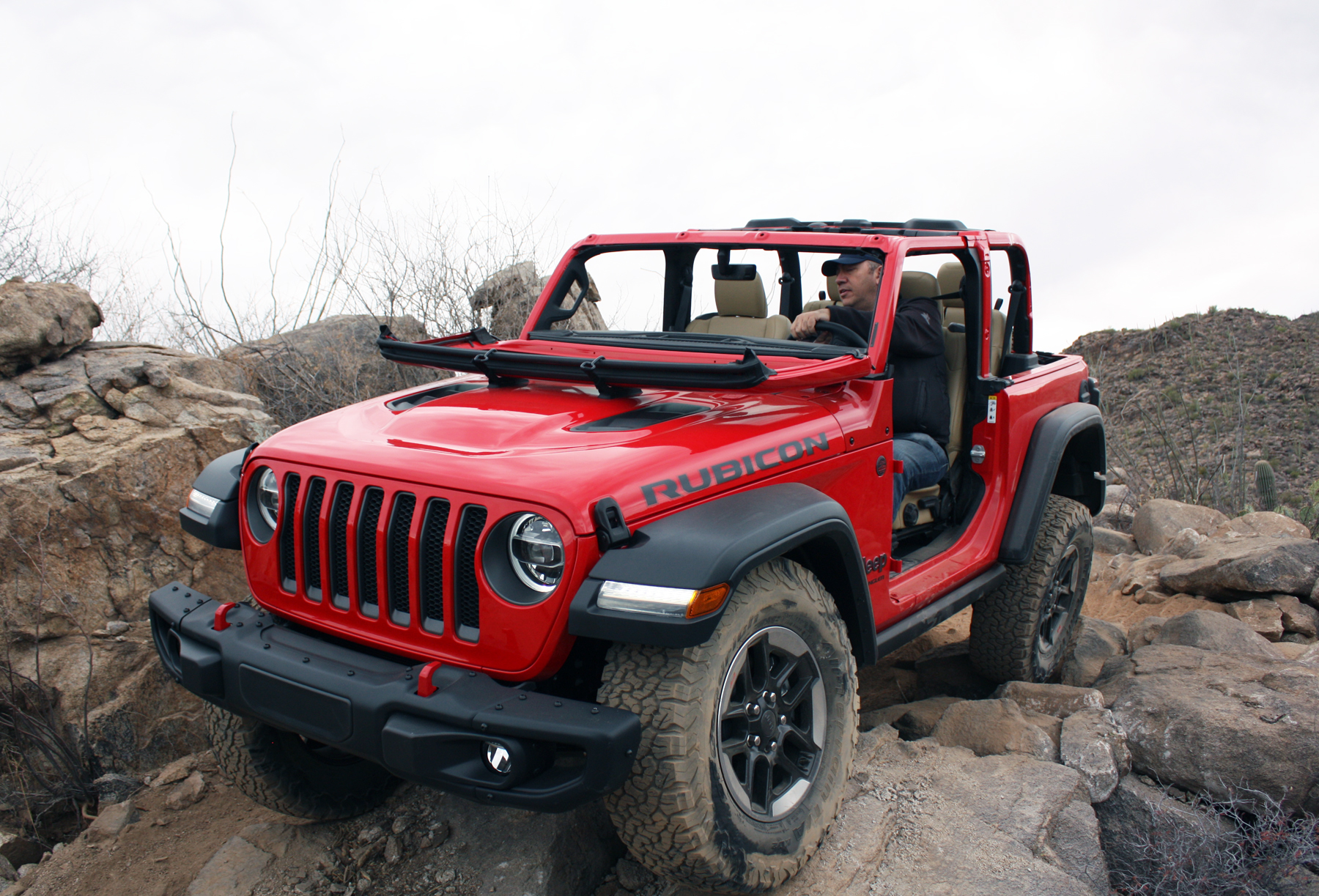 New available LED headlights are now available on Sahara and Rubicon trim levels with the turn signals being moved from under the headlight on to the front of the fender flares on all trim levels.

The windshield has been raked back by seven per cent for better aerodynamics and a new four-bolt release design (down from 28) has been added to the to the top of the windshield enabling it to be folded down much more easily and quickly.

The belt line has been lowered with windows being increased in size making for better all round visibility. New lightweight, high strength aluminium doors have been added that reduce weight by nine kg in the front and seven kg in the rear and now feature new door pins of different lengths that makes for easy installation and removal.

A new integrated lift handle has been added to the doors for further ease of handling.

The rear mounted spare tire has now been lowered making for a much cleaner back end and greatly increased rear visibility. A new back up camera has also been added to the tire mount and is standard in all trims.

The new taillight design has been borrowed from the Renegade and the rear licence plate holder is now mounted directly on the bumper beneath the left taillight.

Jeep has been imaginative when it comes to the Wranglers roofs and is now offered in a number of soft and hard top combinations.

Gone are the really awkward zipper connections on the soft top and are now replaced with a new slide-in configuration that makes going topless so much easier.

A new addition on the hard top is the Sky One-Touch powertop that is now available on Sahara and Rubicon four-door models. By simply pushing a button a full-length canvas cover mounted into the hardtop slides back opening the full roof to the elements.

The rear quarter windows are also easily removed for even more open-air freedom.

Under the hood the 3.6-litre Pentastar V6 that produces 285 hp and 260 lb/ft of torque is still available as the base engine. 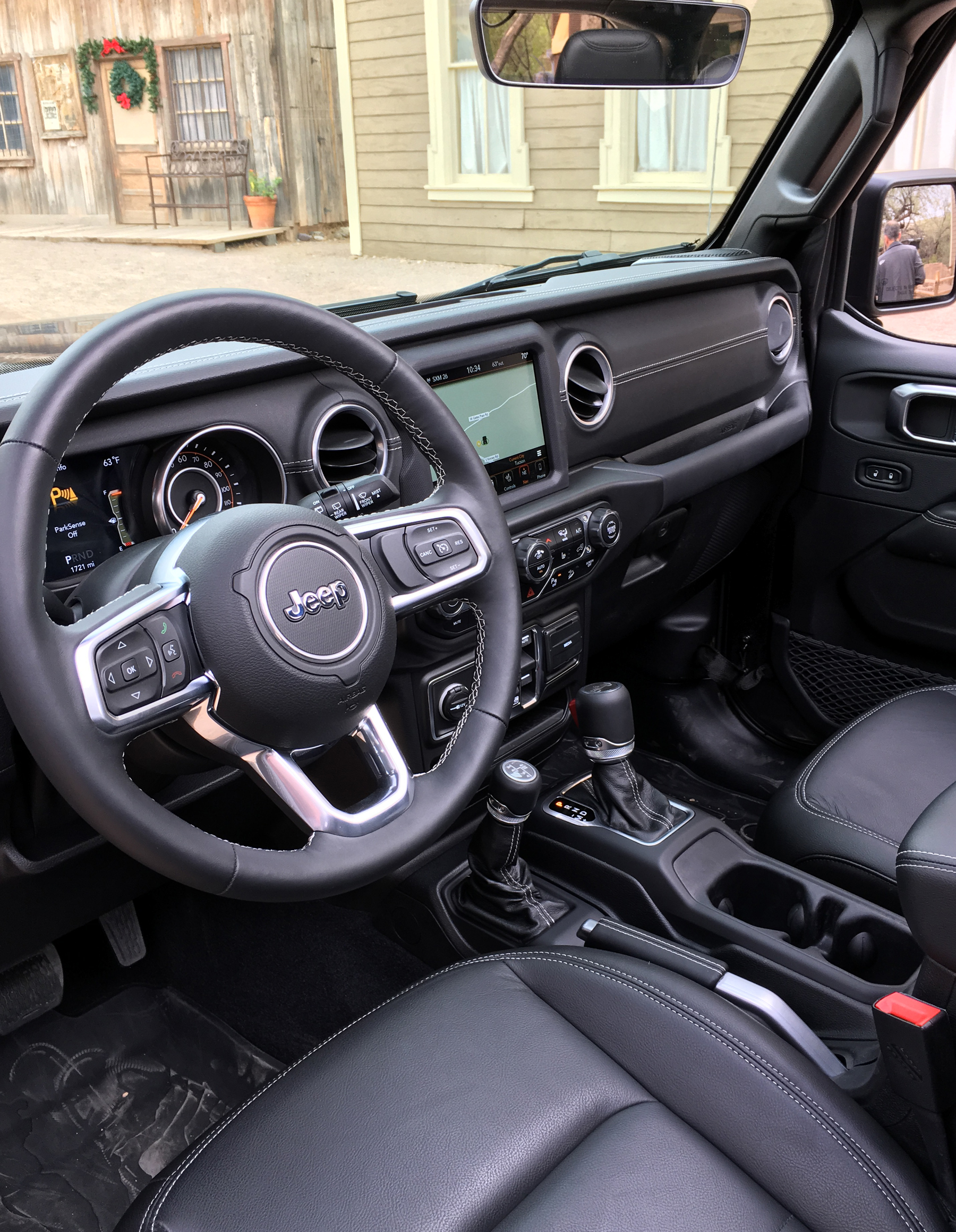 The 4WD system still uses a two-speed transfer case and still includes your choice of Command-Trac or Rock-Trac, but new to the 2018 model is the addition of the available Selec-Trac – Jeeps full time system.

The new interior is considerably more refined than previous models, the fit and finish is very much improved with the dash being more driver centric now than utilitarian.

Depending on the option package there are a choice of infotainment screens ranging from the basic five- to seven-inch and the top of the range 8.4-inch and all come standard with fourth generation Uconnect.

Seating comfort is much improved with support and comfort levels leaps and bounds ahead of its predecessors.

On the road the Wrangler has become far more civilized.

I spent most of my drive in a Sahara four-door, 2.0-litre with the eight-speed transmission. This new Jeeps road handling surprised me immensely, road noise has been reduced dramatically even on the highway (I was in the hard top with the power top open).

Changes to the front and rear suspension have vastly improved Road feel and ride comfort. Steering is now crisp with handling way more civilized, which makes for a more relaxed drive.

Not that all these new refinements have taken anything away from the Wranglers main function – off roading.

I got to test the Rubicon on what was a very challenging and technical off road course, set up out in the desert outside of Tucson.

This was probably one of the most challenging off-road courses I have driven on a test drive. Being able to easily disconnect the sway bar and lock both front and rear differentials with the press of a button made traversing such untamed countryside all the easier.

Jeep has done a great job with the new Wrangler.

They have done enough refining of the interior and the on-pavement driving characteristics to make this Jeep more appealing to mainstream.

It has come a very long way since the original Willys Jeep back in 1941, but it still stays true to its heritage in looks and abilities. 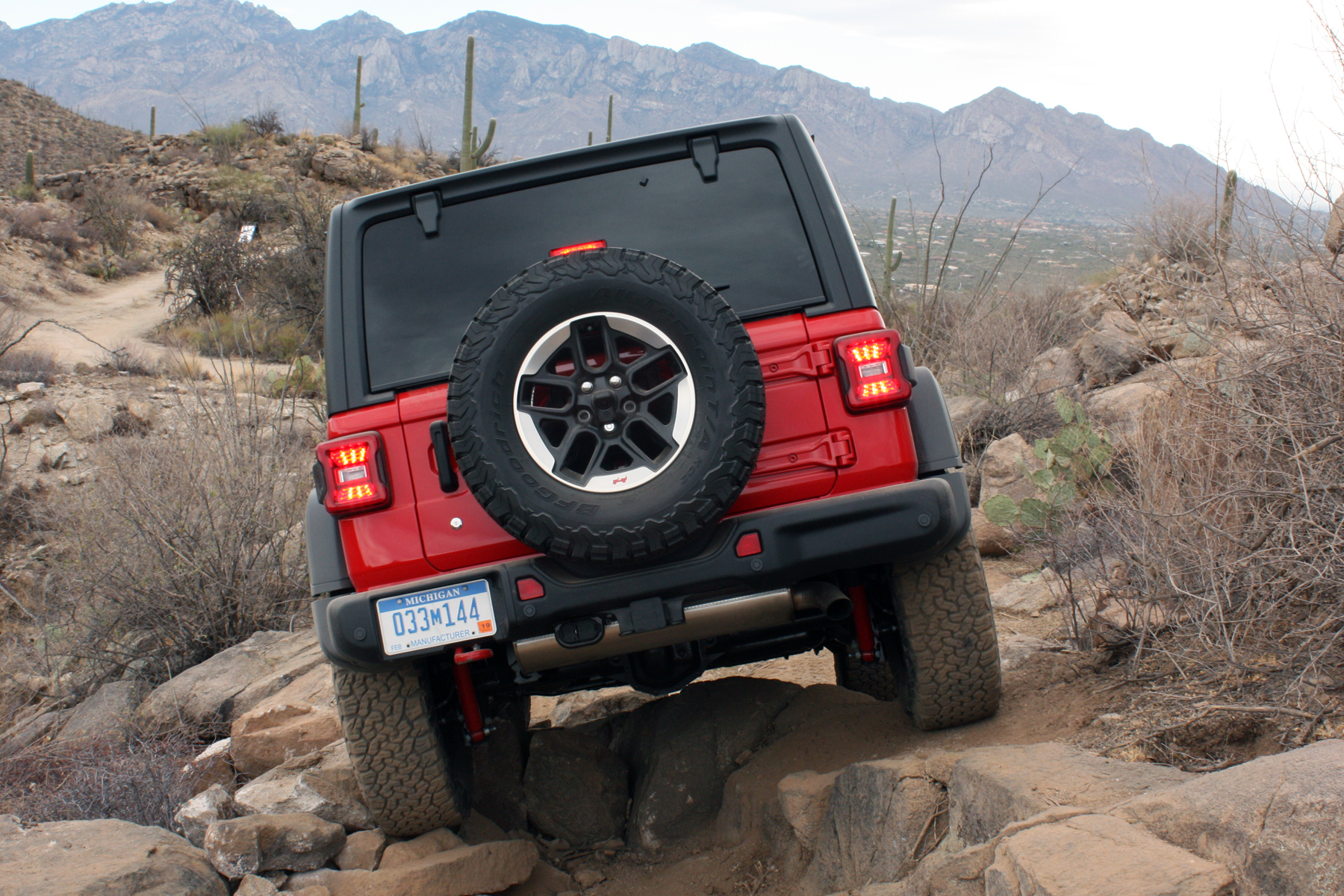 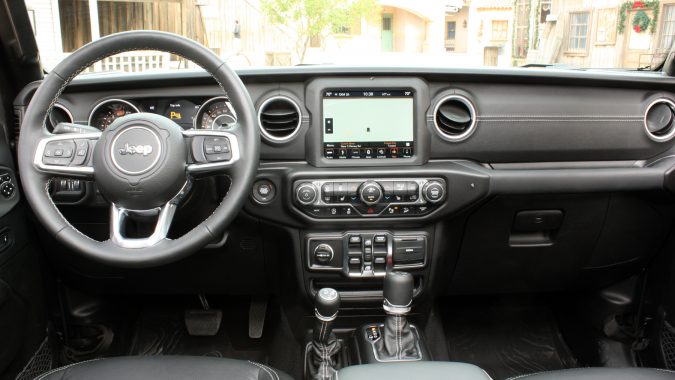 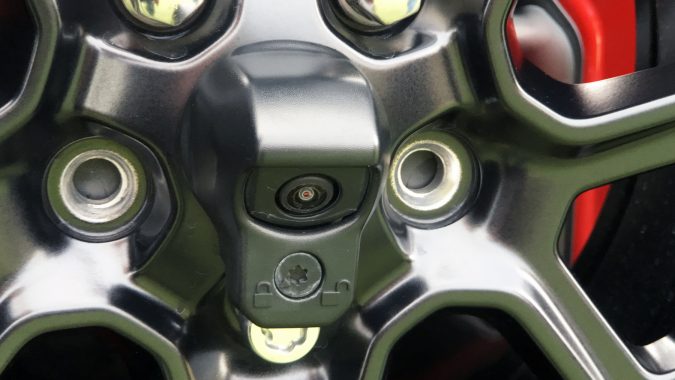 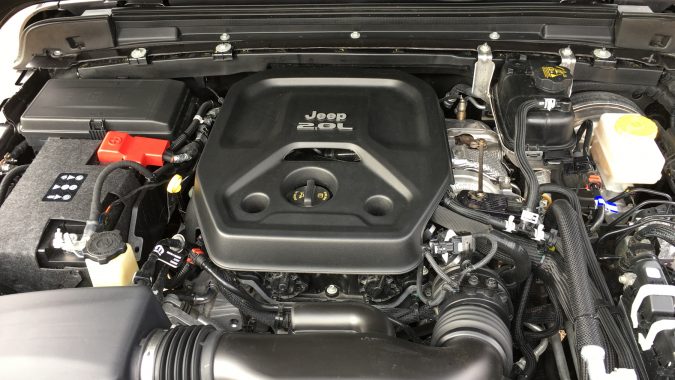 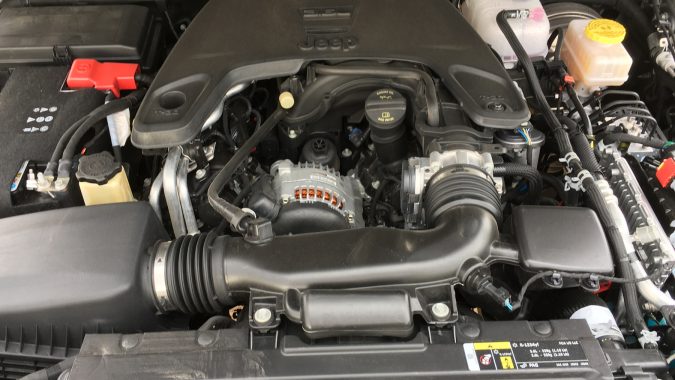 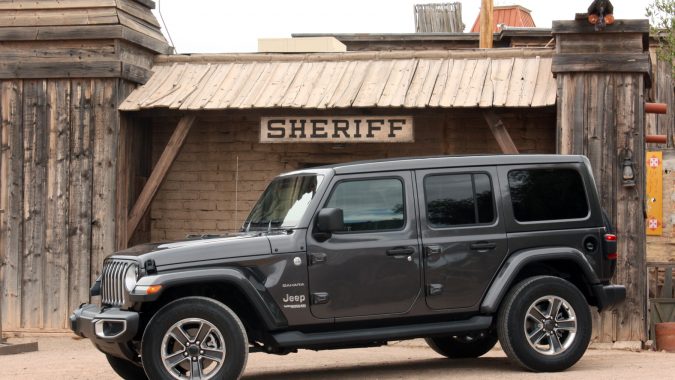