Standard AWD gets put to the test

When I first sampled the 2019 Nissan Altima on the sun-baked streets of Santa Barbara, CA late last year, I was intrigued; sleek new styling, an engine that was reportedly new from the ground up and above all else – well, below all else, actually – standard AWD. The only other manufacturer to offer this is Subaru with their Legacy, and Nissan was looking to take that crown.

The trouble was, sunny SoCal isn’t exactly the place to really showcase a vehicle’s AWD ability. My drive partner and I did our best to find something a little more adverse, eventually settling for the inside shoulder of a particularly dusty hairpin; there was even a sandy hill there where we hoped to at least feel some of the AWD magic we’d learned about just a few hours prior. Car did all right, but as far as sample populations go, this was a small one.

Fast forward to 2019 and just a few short weeks away from the ’19 Altima’s arrival in dealers and we trade sun-baked in SoCal for snow-covered in Quebec; now that’s more like it. A true test of an AWD sedan’s – AWD anything’s, really – mettle.

First, the basics; the latest Altima is lower and wider than previous; it’s very visible when seen from dead-on, the large Nissan V-motion grille and edgy headlamp lenses doing their part to both visually lower and widen. It’s also 10 per cent stiffer laterally and 15 per cent softer longitudinally, a move that Nissan says provides both comfort and performance.

Other styling additions include seven colours including a nice red and the Sunset Drift Chromaflair (whatever that is) seen here, new 19” two-tone wheels and a neat, athletic profile. It sure looks purposeful, like a car that will stay flat through turns and maybe even make more established sports sedans think twice. After all, it’s that kind of panache and flair that Nissan says a sedan needs to have in order to standout in a bit of a shrinking segment. 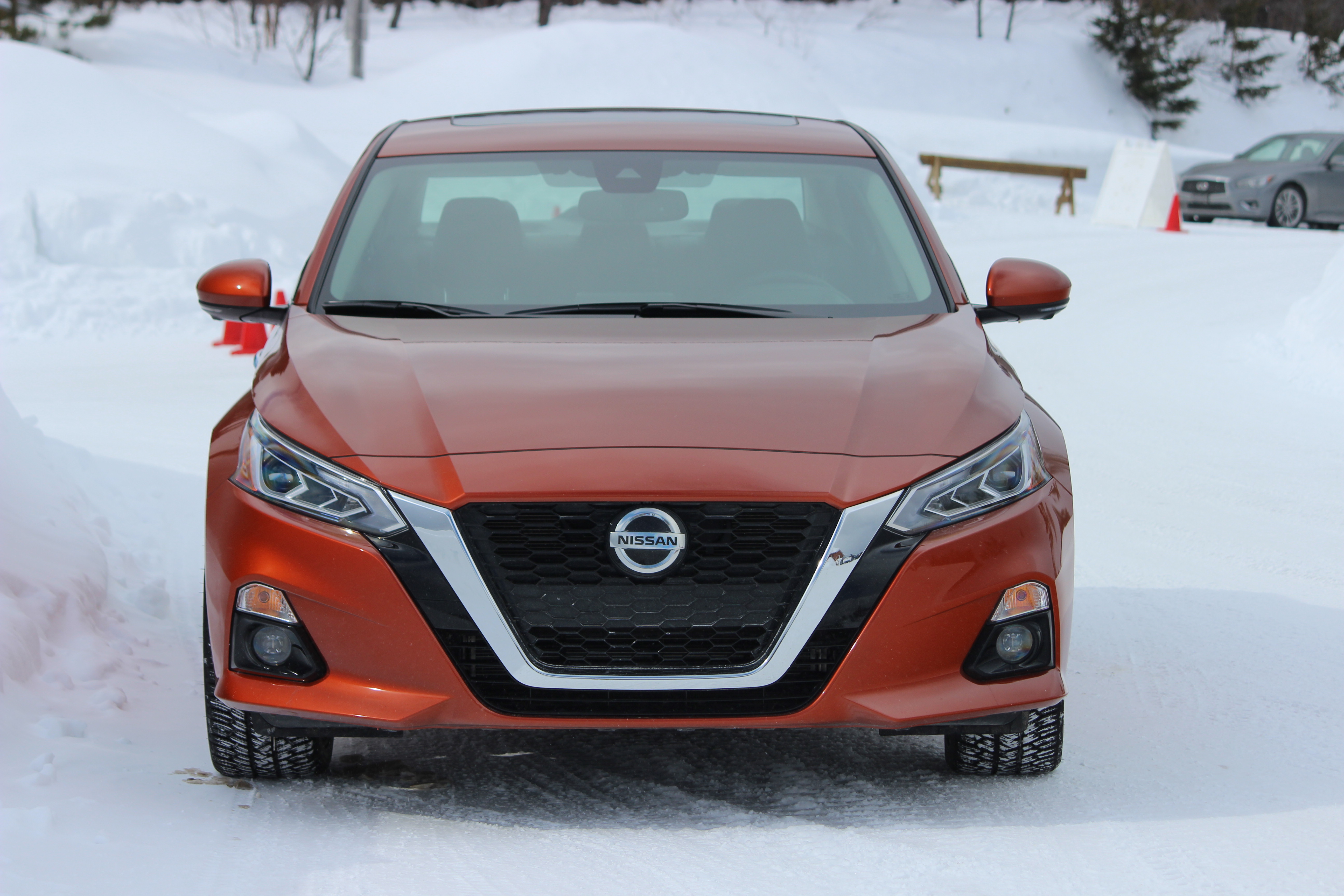 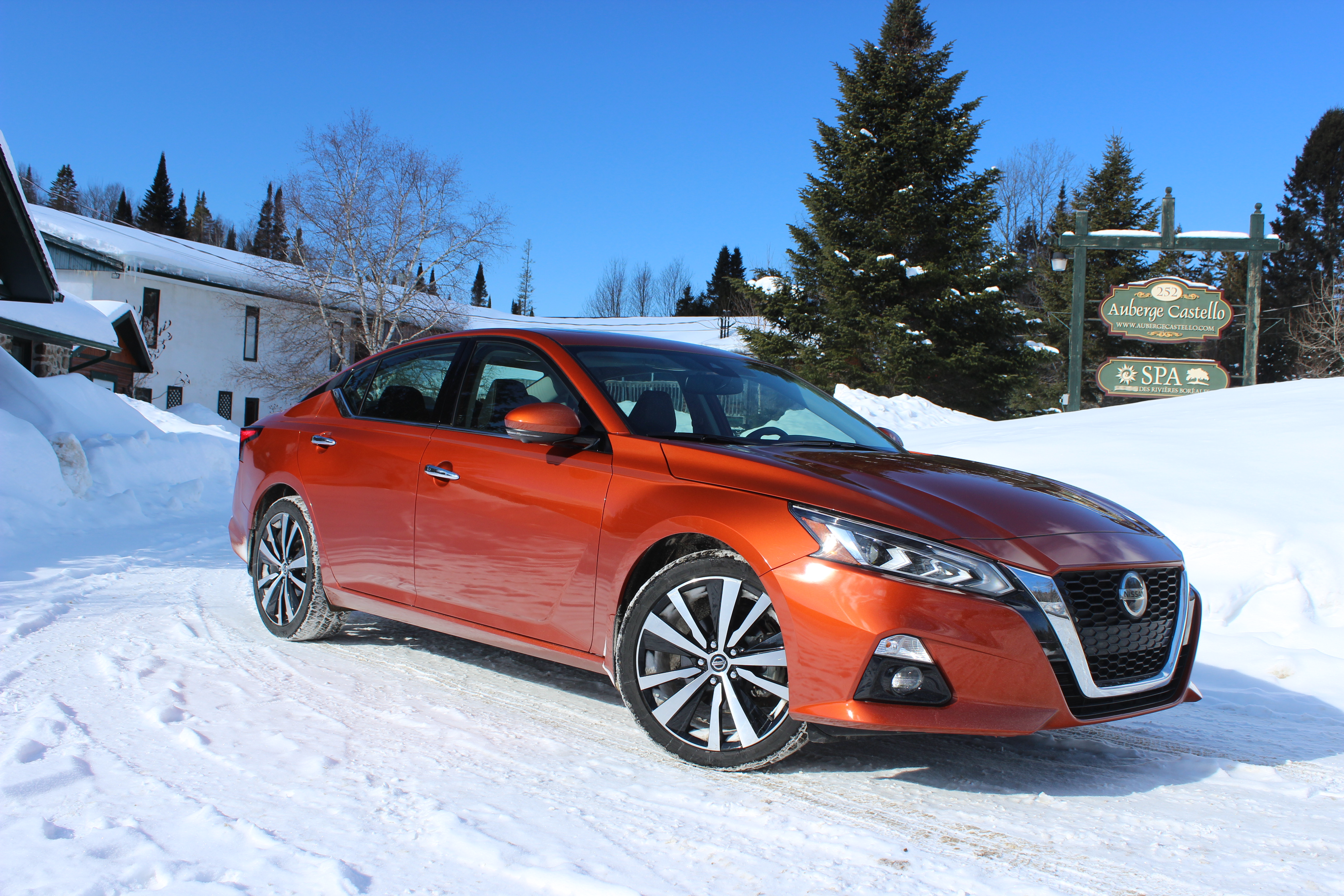 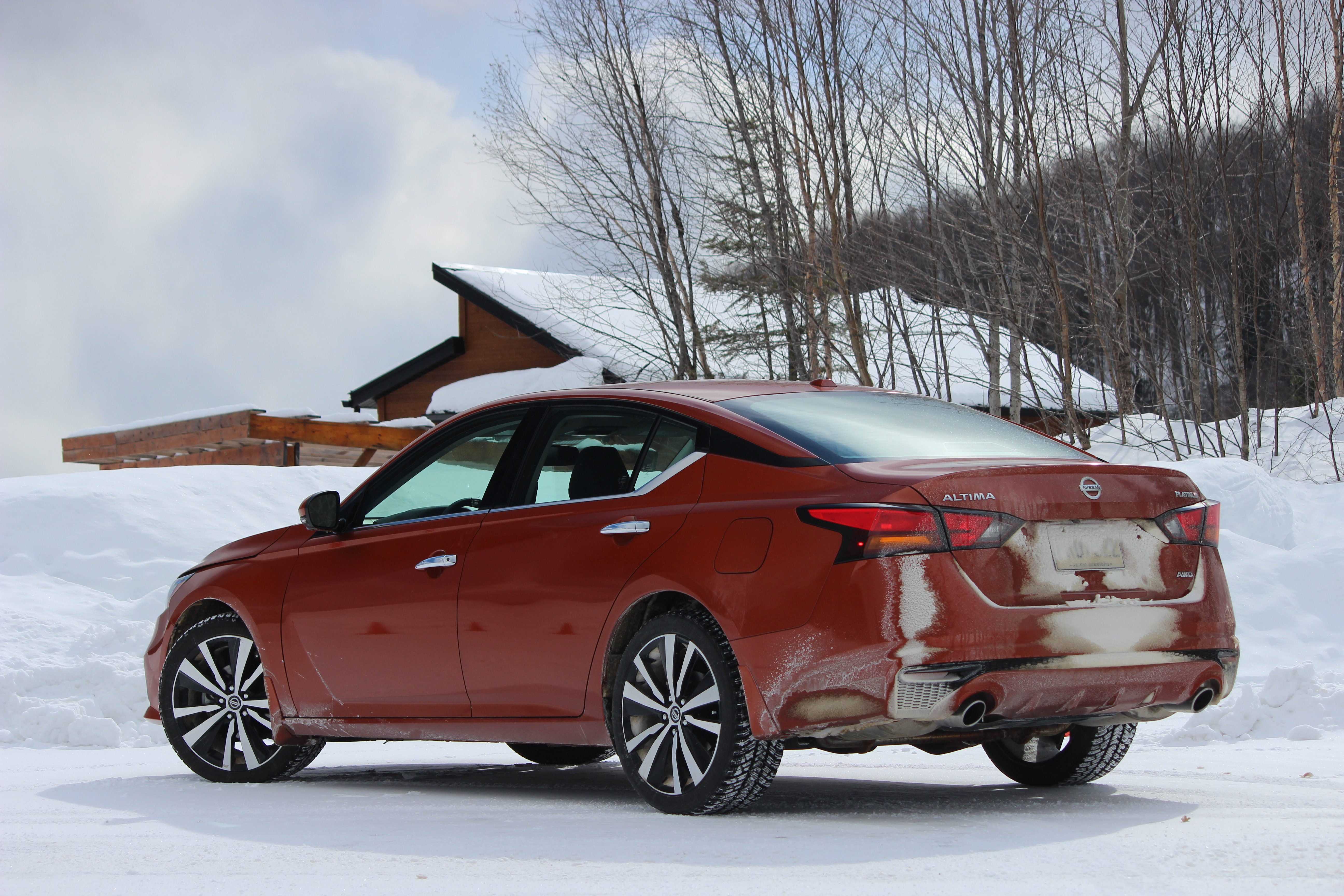 The airiness is not just for looks, either; while the driver seat’s footwell could be a little more open, it’s a comfortable place to be with headroom that flies in the face of the low-roofed look. Of course footwells aren’t an issue out back, so it’s quite comfortable there overall.

The infotainment system is a good add as Nissan was starting to lag behind the competition in this regard, with low-res screens and limited compatibility. The latter’s been fixed with added Apple CarPlay and Android Auto, while the former has been switched for a sharper display that even without CarPlay or Auto looks like its native interface has been styled like what you may see on your tablet or smartphone. The response to touch commands is quick, and you get dials for both volume and tuning, which is nice. 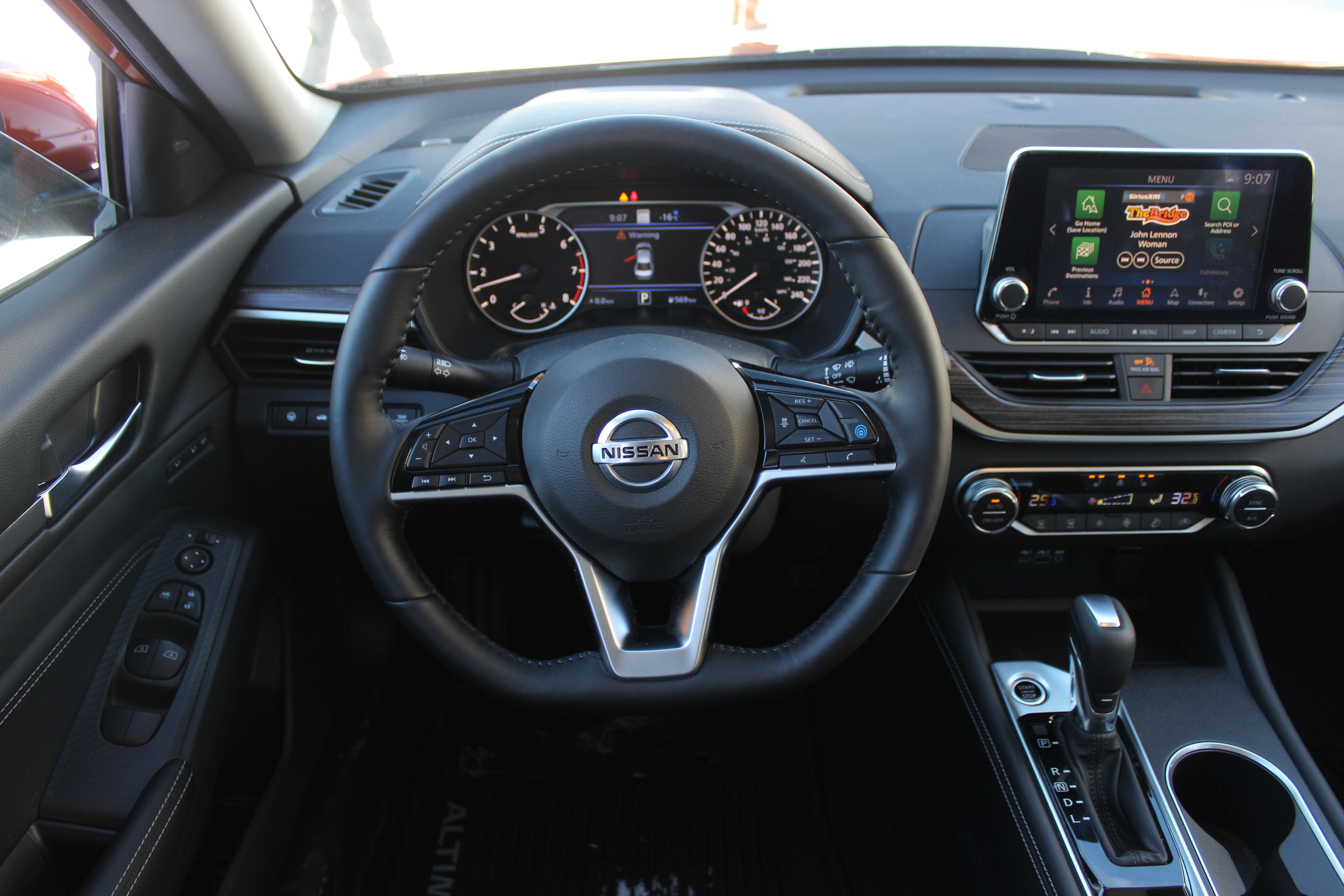 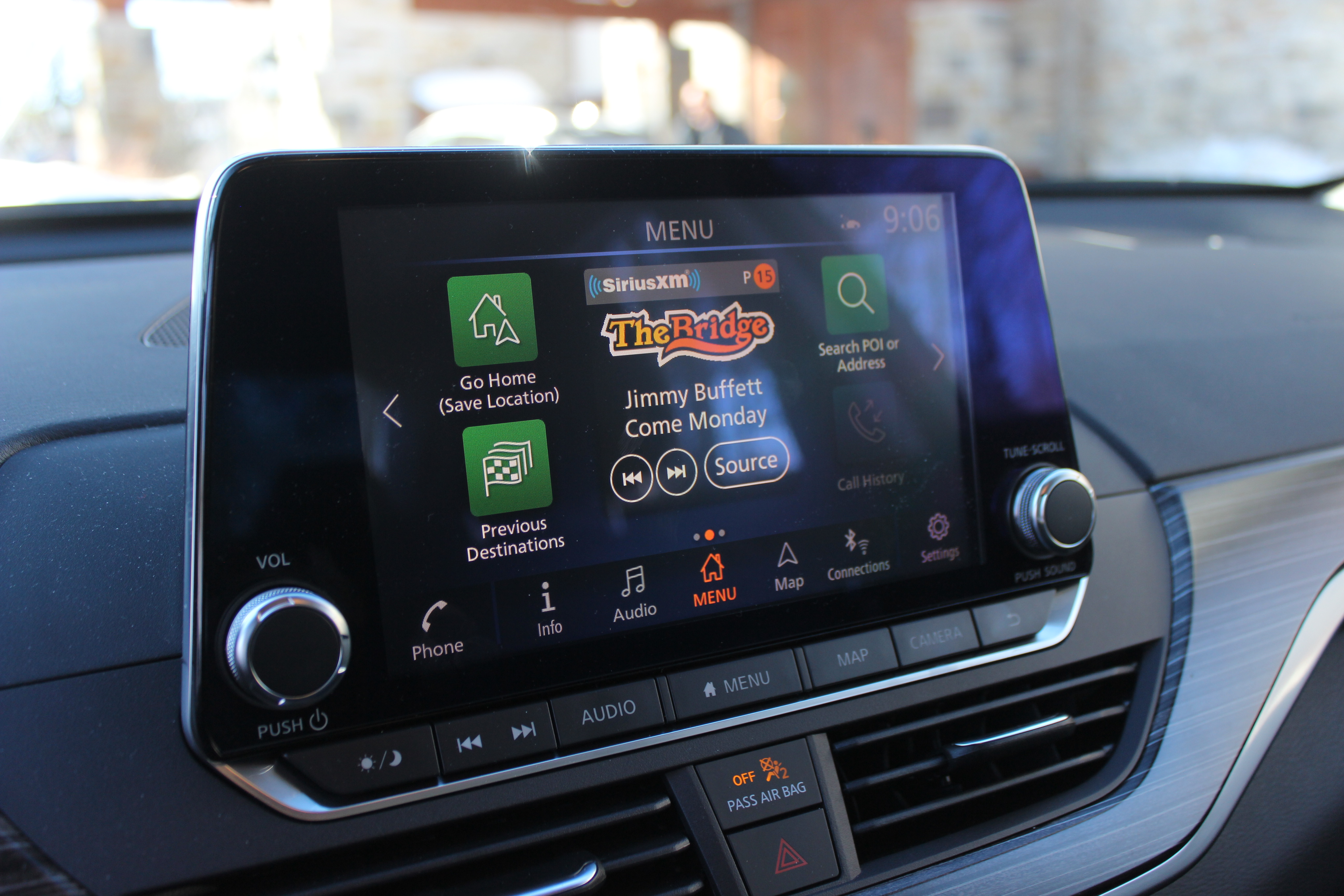 They do have to do something about that backup camera, though; it’s low-res to the point that it gets tough to see out of, especially when covered in a thin layer of the typical road spray/salt concoction so common on these roads ‘round this time of year. The top-down angle you get on Platinum trims is a nice touch, but it’d be nice if you could better see it, is all.

Power comes from a 2.5L four-cylinder, good for 182 hp and 178 lb-ft and mounted lower in the chassis for better NVH and helping contribute to the lower profile. And no, we won’t be seeing the VC-Turbo plant the US gets; Nissan says it hasn’t been configured to work with AWD and in Canada, AWD was the focus. Plus, Nissan wanted to make it affordable which would be a challenge if the turbo motor was added. As it stands right now, you get a $27,998 base price, AWD and all.

What an AWD system it is. Running in full FWD in normal conditions, power can be split 50:50 or 30:70 depending on what the conditions require. There’s also increased torque distribution to the rear wheels to help correct understeer (such as when washing wide on slippery surfaces) if it occurs. Barring that, the front brakes are automatically applied to get everything under control. 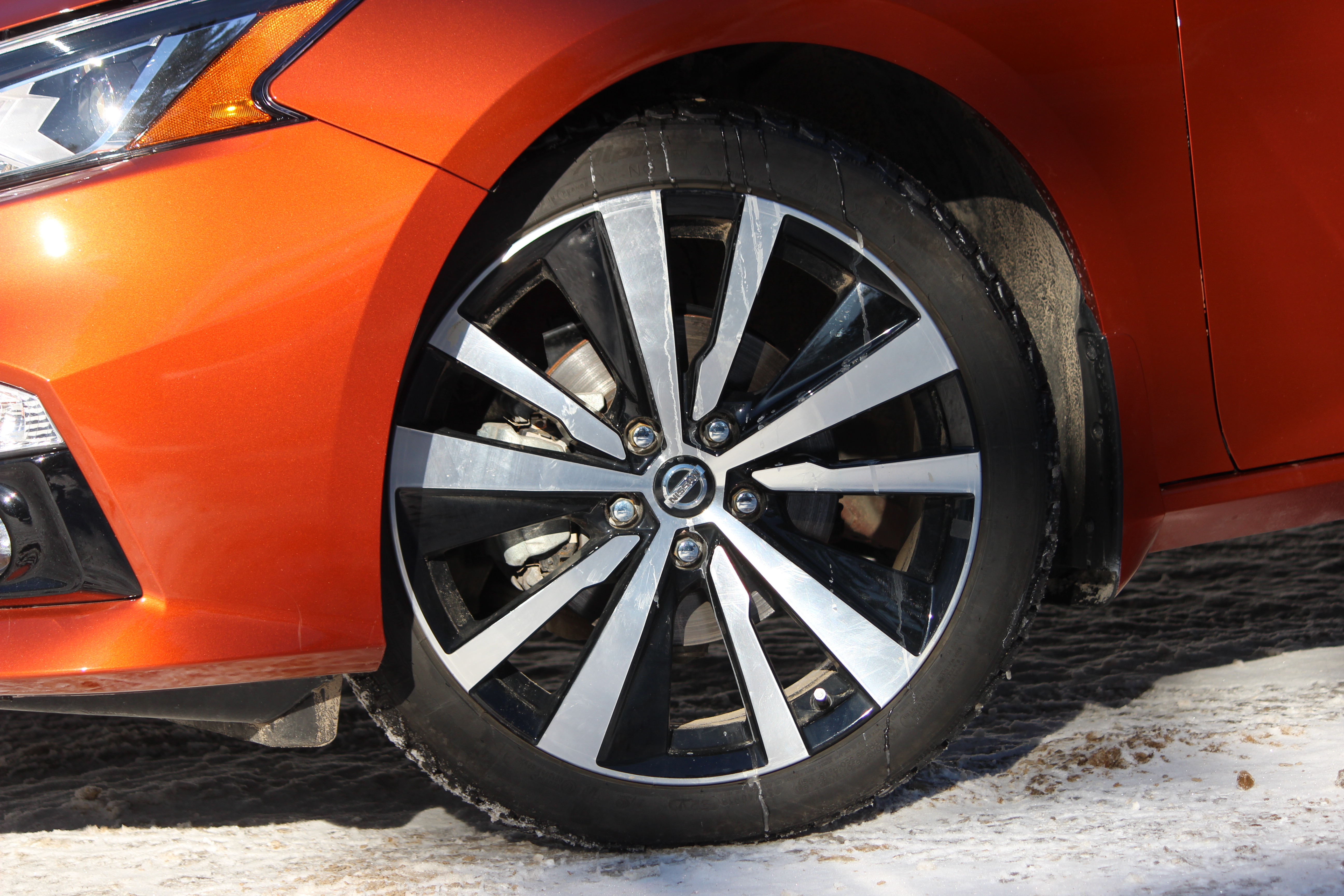 It’s a sensation that we did feel on the open road, but to truly get the sense of what’s going on underneath you, a track is nice as it’s a little safer to push things further. Luckily, Nissan was kind enough to oblige and we were led to the Circuit Mécaglisse North of Montreal. There, we were able to push the Altima around a nearly frozen circuit, letting the AWD system shuffle power around. Indeed, the AWD system along with the low, compact dimensions (as well as studded tires) made it nearly impossible to un-seat the Altima, no matter how hard we tried.

Granted, the less-than-performance oriented CVT transmission had something to say about that as the wheelspin required to really kick the tail out is tough to achieve with the CVT tuned as it is. There’s no paddle shifters or manual mode either – Nissan’s research showed that customers rarely used it on the old car, and deleting it allowed for some cost savings – so you can’t really override the system that way.

Of course, that’s not something most Altima drivers are going to try and do on a regular basis; chances are the confidence provided by such an able AWD system will be more up their alley, as will the ride. In addition to the ice track, we spent plenty of time on the hard-packed snow of rural Quebec. I always laughed when our navi warned us that an unpaved road was ahead, because in these conditions, you really can’t tell.

In these conditions, however, the Altima excelled. It rides incredibly well; very little cowl shake even on roads like this, and just the feeling that very little can rattle it or get it of its game. Both my drive partner and myself were ultra impressed by just how easily we could cover the rough miles in the Altima.

It seems all their chassis stiffening/de-stiffening has worked, as well as their efforts to make the Altima more slippery and aerodynamic. There’s grip for days even in these conditions (we had swapped our studded tires for non-studded snowies at this point), smooth power delivery and a nice, responsive steering rack to top it all off. Nissan says they spent more developing this platform than any before it, and it shows. More than ever, for a mid-size sedan to succeed today it has to work very hard to stand out not just from its peers, but the CUV and SUV crowd, too. The Altima is a supreme effort in this regard, and it will be interesting to see if it can bring the mid-size sedan segment back to the forefront. 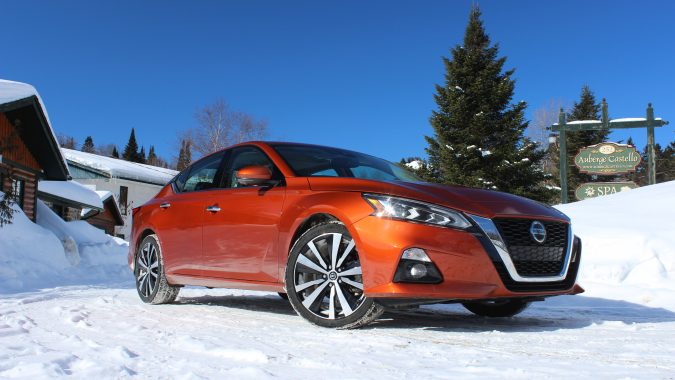 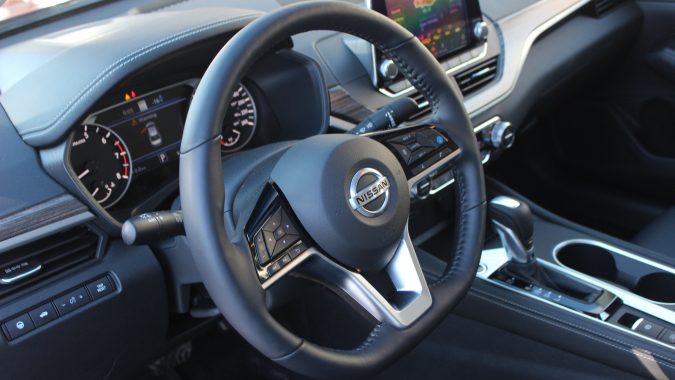 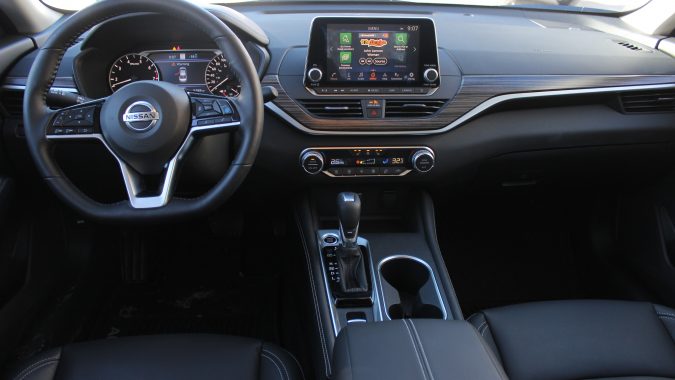 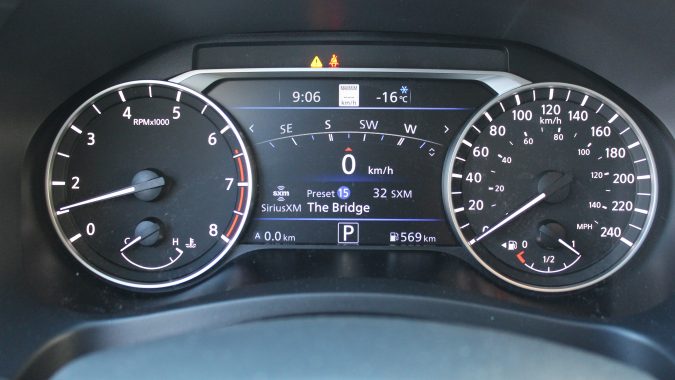 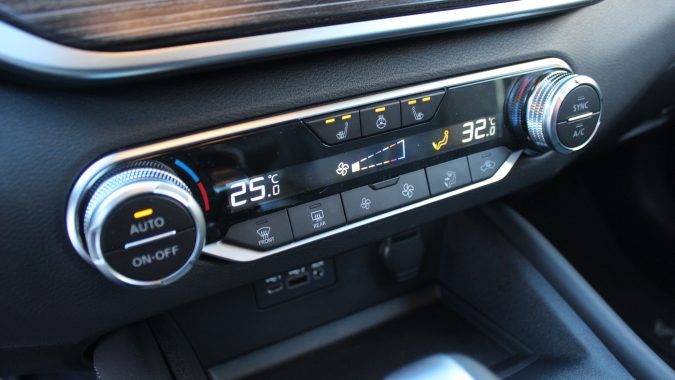 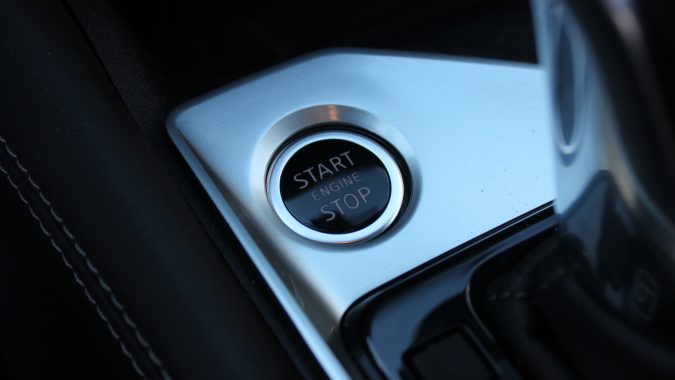 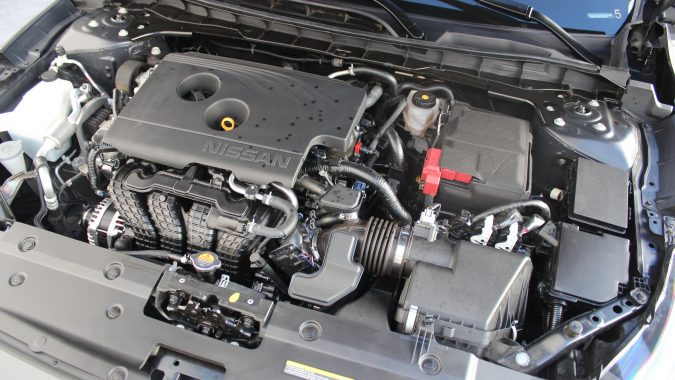 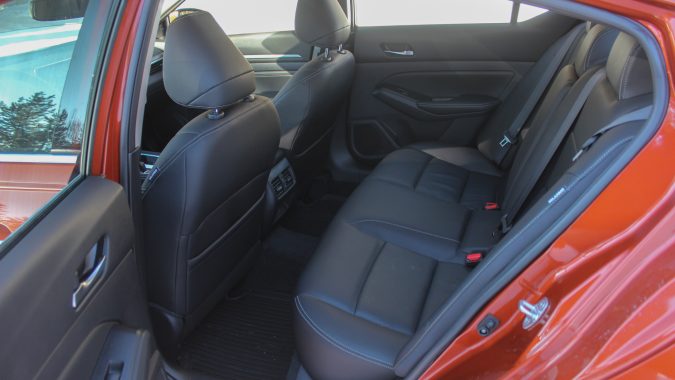 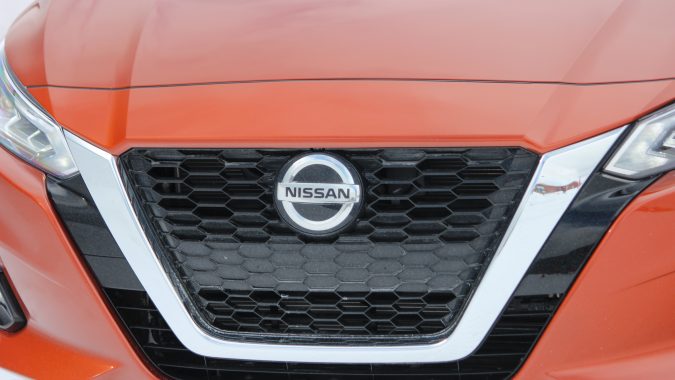 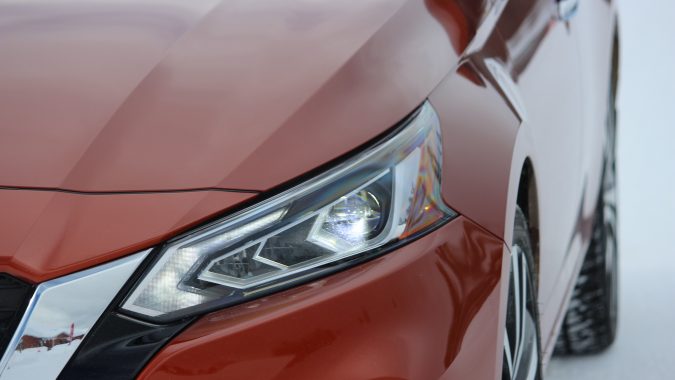 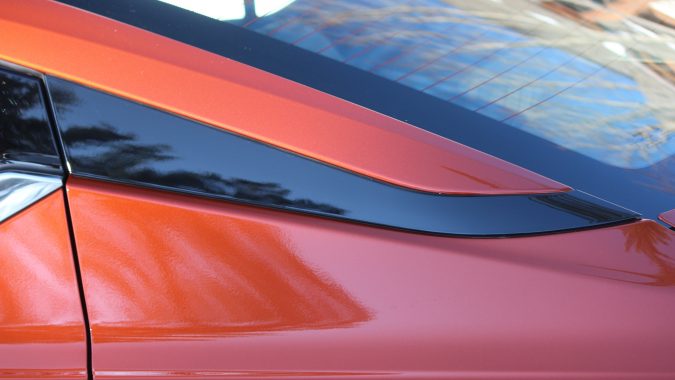 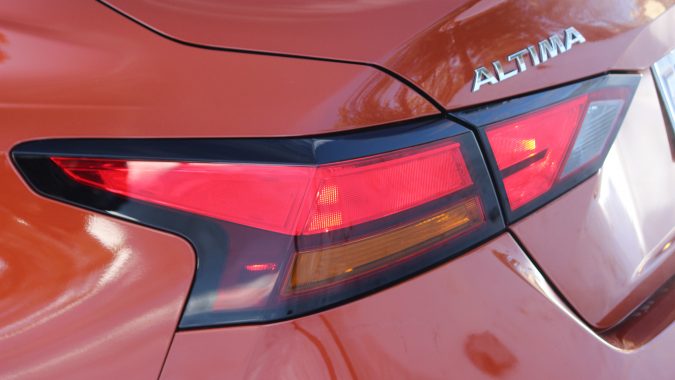 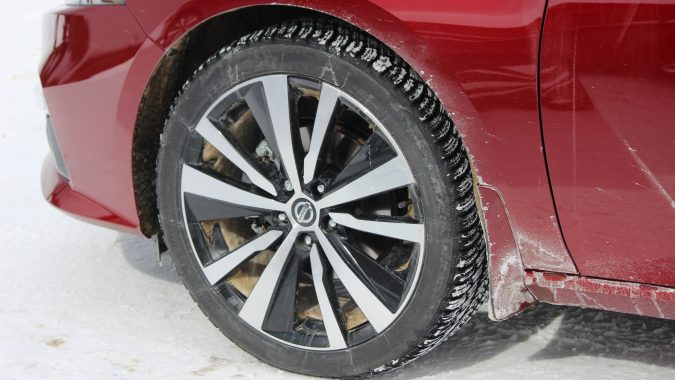