The beloved ‘Miata’ is the quintessential sports car of our time, writes Jim Kenzie.

The Mazda Miata — sorry, I just can’t call it ‘MX-5’ — that denies much of nearly a half-century of its North American history as the bestselling two-seat sports car of all time, is now in its fourth generation.

The basic principle remained the same as it ever was when the NA was launched in 1989: a lightweight, perfectly balanced car that remains a delight to drive, even when you aren’t actually going that fast.

Today’s subject is the latest iteration on this concept, the ND RF, the latter two characters standing for ‘Retractable Fastback.’

As with its previous iteration, the Miata is now offered in a retractable hardtop form, although this car is much more fastback-coupe-like when the roof is up. It is offered in GS ($38,800) and GT ($42,200) trims only. 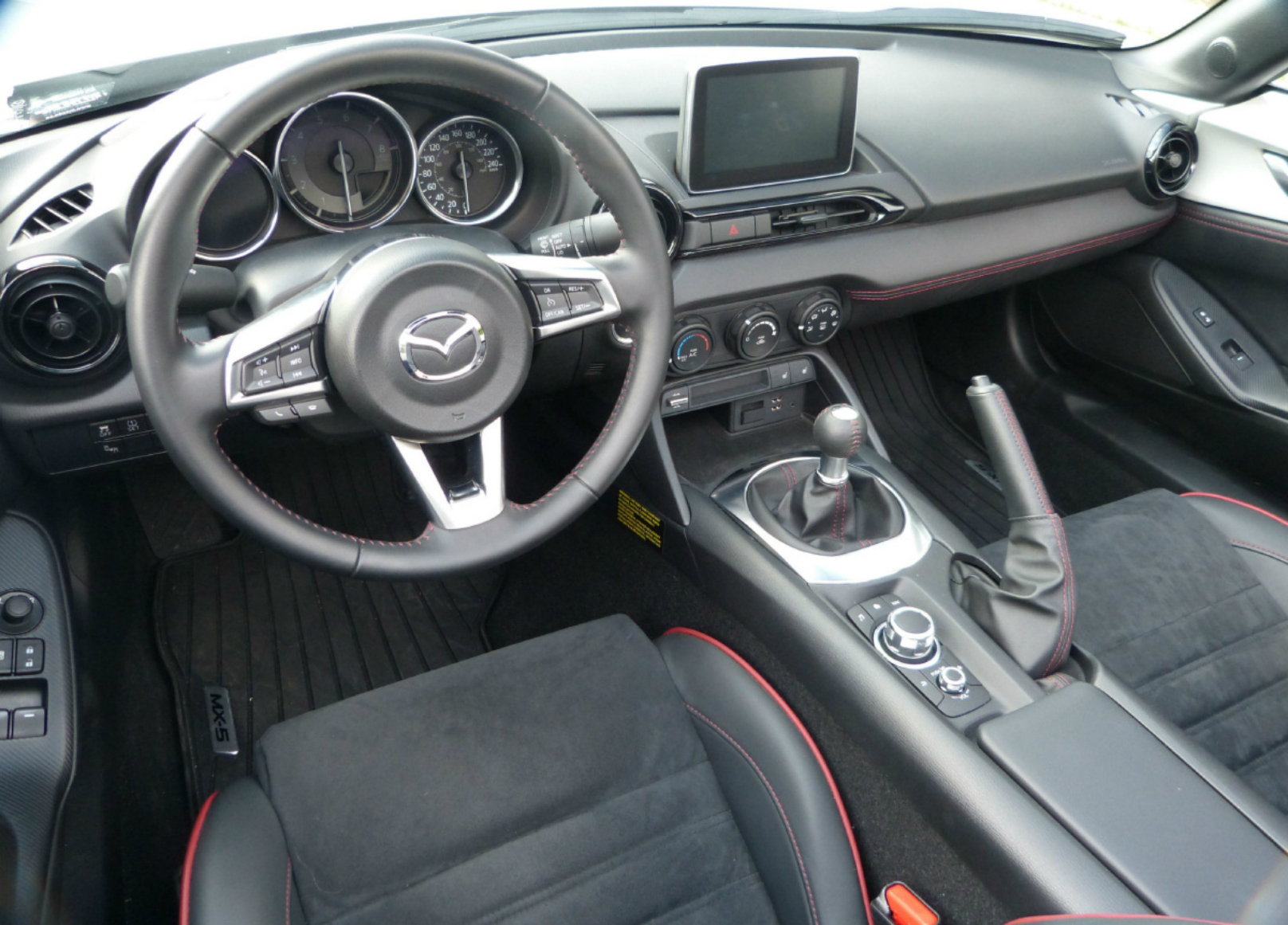 It seems there is a market for a quieter, more comfortable, less breezy variant of this car. Sales in Canada currently run about 50-50 between the soft- and retractable hardtop models, skewed somewhat in the hardtop’s favour by virtue of the fact that there’s no base-trim level in the hardtop convertible version. The customer is always right.

And while I cannot fathom why anybody would not want to shift for themselves in a Miata, the majority are now sold with a six-speed automatic transmission. Whatever fills yer boots.

Full disclosure — I own (well, Lady Leadfoot owns) a 1999 NB (the first one without pop-up headlights). It remains a treat, even after a tree fell on it. Yes, we had it repaired.

The 2017 Miata RF looks just a shade like the old Jaguar E-Type coupe, and there’s nothing at all wrong with that. Everything is pretty much familiar Miata until you get just aft of the doors, where the coupe body adds flying buttress arches that house the folding roof.

The ND in any body configuration takes its lightweight history seriously. Additional aluminum and ultra-high-tensile-strength steels has actually carved some 67 kilograms out of the previous NC to the point where the base car weighs almost the same as the original NA, and that’s with a whole bunch of mandated safety hardware added.

The RF model with its roof motor et al puts almost all of that extra weight (some 56 kg) back on. Still, at 1,114 kg, it remains one of the very lightest cars you can buy. And weight is the enemy of every aspect of performance.

So, despite a fairly modest 155 horsepower, the Miata moves smartly. The engine spins away merrily, and the gearbox remains as light and direct as any in the industry.

The car handles brilliantly, thanks to things no one else even thinks about, such as arranging the car’s fore-and-aft pitch axis so it runs more or less through the centre point of the average-sized driver’s body, which serves to minimize the feeling of rocking back and forth as you accelerate, brake, or traverse bumps in the road, and to keep the driver’s line of sight down the road as stable as possible.

The Brembo brakes prove much stronger than the engine, which is how you want brakes to be.

The roof-operating switch appears to be upside down — you push the upper half to lower the roof, and the lower half to raise it. Whatever, the roof zips up or down in mere seconds, and provides a secure and quiet feeling inside the car when erect.

Back to that ‘average-sized driver’s body’ — you either fit in a Miata or you don’t. A colleague of mine who is a tick under 6-foot-2 owns an NC, and he manages, just barely. He points out that his length is disproportionately in his legs; if you’re 6-foot-2 and have a longer body, you might be peeking under the windshield header. And if you are heftier than average, again, you might not fit.

Either way, if you don’t fit, too bad for you, because the Mazda Miata in any body configuration remains the quintessential sports car of our time.

Even if Mazda calls it by the wrong name. 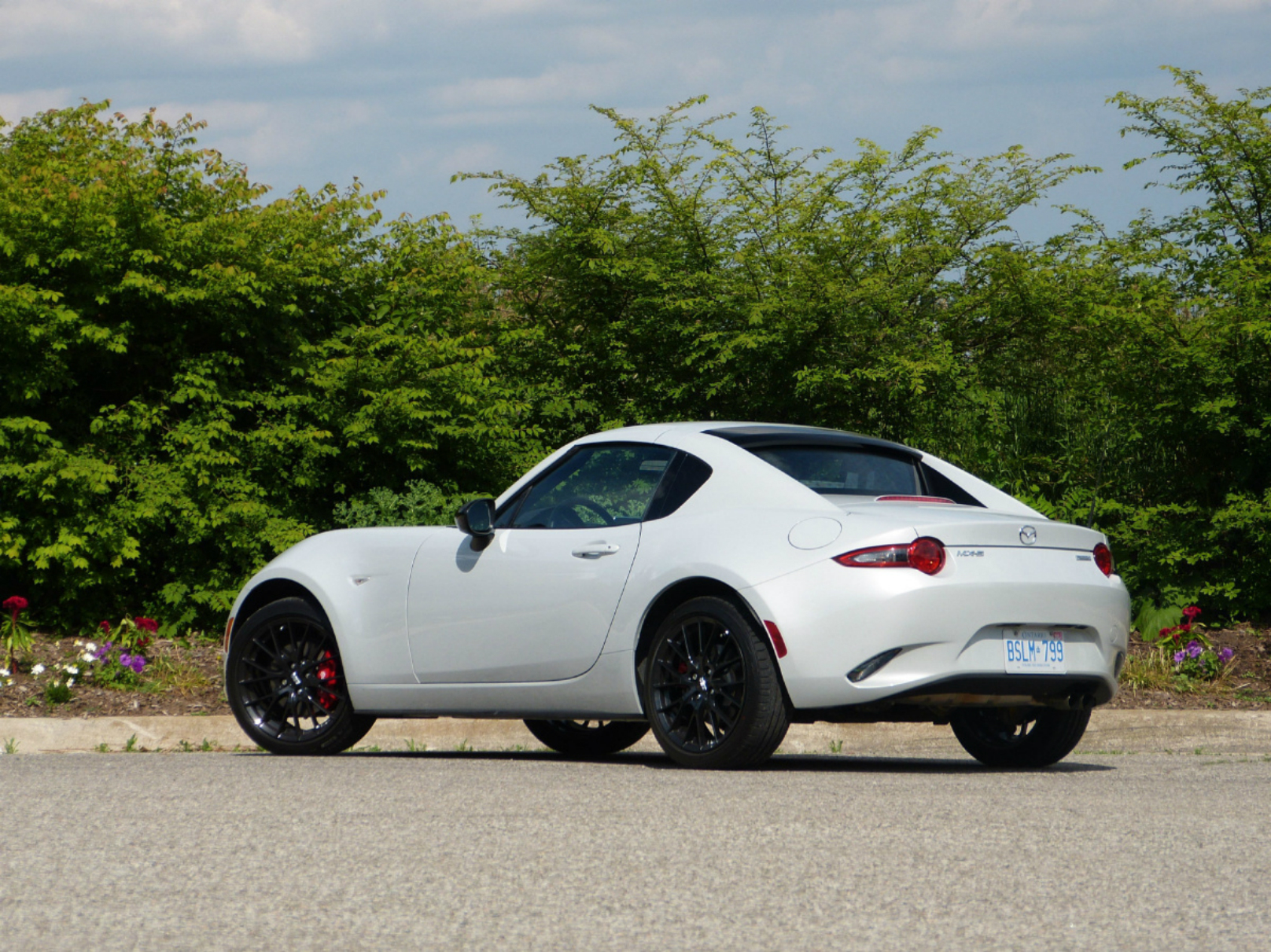 COMPETITION: If you are looking for an affordable, open sporty car, not much. MINI roadster perhaps?

An unofficial history of the Miata

Bob Hall was an auto scribe back in the late 1970s, and is also one of a set of twins who happen to be the smartest two guys I know in this business.

Hall and Mark Jordan — the son of Chuck Jordan, former chief designer for General Motors and a car designer himself — were having a drink in a bar in Irvine, Calif., in the mid-to-late 1970s. Both being inveterate car guys, talk centred on their second-favourite topic. (No prizes for guessing the first).

They wondered why there weren’t any affordable sports cars at that time? As Hall subsequently told me, “Why doesn’t somebody make an MGB that didn’t leak oil onto your driveway?”

Sketches on what I hope was literally a cocktail napkin (that part of the story is unclear, at least in my memory) eventually ended up in the hands of Jordan’s boss, Tom Matano at Mazda’s U.S. headquarters. It remained something of a secret project for a while but eventually achieved formal status.

The front-drive car didn’t provide the purity of driving pleasure they sought. The midengine car would have been too expensive and might have been tricky for less-than-expert drivers to fully enjoy safely.

The front-engine rear-drive car was selected for production.

The original Miata looked awfully like the early-’60s Lotus Elan. In the Star’s initial review of the car, we actually ran a photo of the Miata nose-to-nose with a shot of the Elan. 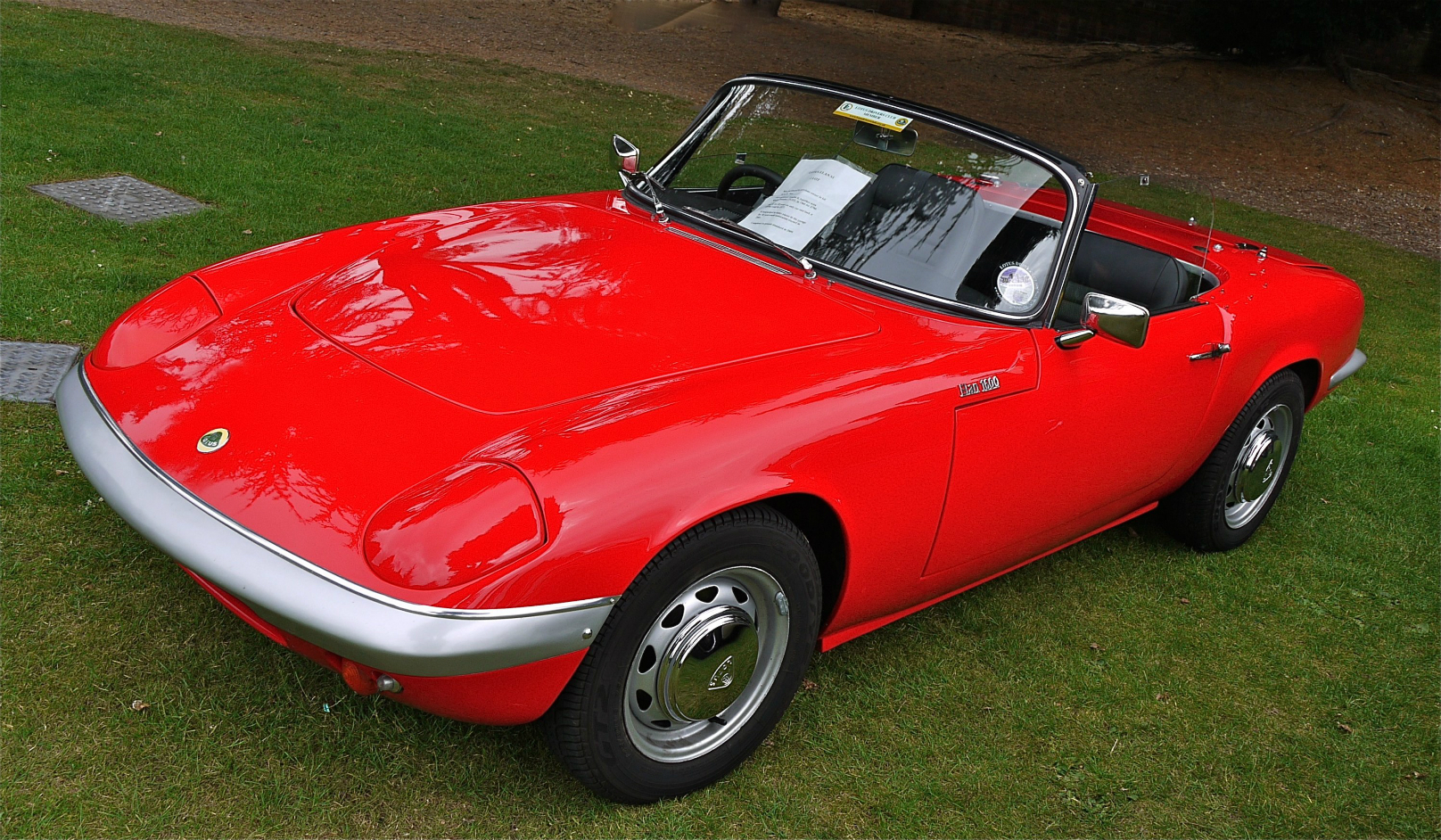 The Miata also had a ton of groundbreaking lightweight technology which made the car a delight to drive.

Oh, yes, it was as reliable as a brick through a plate-glass window.

The Miata lives on; the Elan did not. The Miata had — has — hordes of specialized fans. It also has become the most-raced production car in history.

I wonder how much of this success has been down to the Miata being affordable, fun to drive and accessible to the vast majority of sports car intenders, and how much is due to the fact that it didn’t leak oil onto your driveway?

Probably a whole lot of both.

Dodge Adds a Large Pack of Horses to its Stable.