Frank Huang’s two-vehicle family always included an SUV and a sedan. Pre-pandemic, Huang drove a 2017 Camry Hybrid for his frequent commutes between his Oakville home, his office in Kitchener-Waterloo, and client visits in Toronto. While Huang currently works from home, he replaced his sedan with a 2021 model leased from Oakville Toyota earlier this year.

Admitting that he upgrades his daily car every few years, Huang always seeks the latest safety features, improvements in fuel efficiency, reliability, and technology. Thanks to its comfort and fuel efficiency, he’s been using the Camry for longer family road trips – something he formerly designated to the SUV. Frank tells us why he loves his 2021 Camry Hybrid.

“There’s a lot of features I like,” said Huang. “It’s fuel efficient (which has improved from 6.3 to 4.8 litres per 100 kilometers). One tank of gas drives over 900 kilometers, so it’s great for long drives. [My wife, Karen and I] try to be more sustainable, and do every little bit we can.

“What I love about these hybrids is that they have a lot of the tech. Even on long distance trips it kind of drives itself because it has adaptive cruise control. I literally put my hands on the steering wheel and the system allows me to maintain distance with the vehicle on the highway, and keeps me in my lane. It can stop and go as needed; I just set the target speed. I don’t have to think about it too much,” said. Huang.

A firm subscriber of leasing his hybrids, Huang confessed he wants to upgrade to a fully electric vehicle when the industry has matured.

“I use this analogy: It’s like having a cellphone these days and not wanting to keep it more than three years. The hardware gets old, the tech is dated, and you want to refresh, right? The software now is ramping up even in cars, which is interesting for me to see because I’m also in software. But I tend not to go for the bleeding edge, because I don’t need to be the one that ends up ironing out the bugs. I’m more interested in using reliable tech. 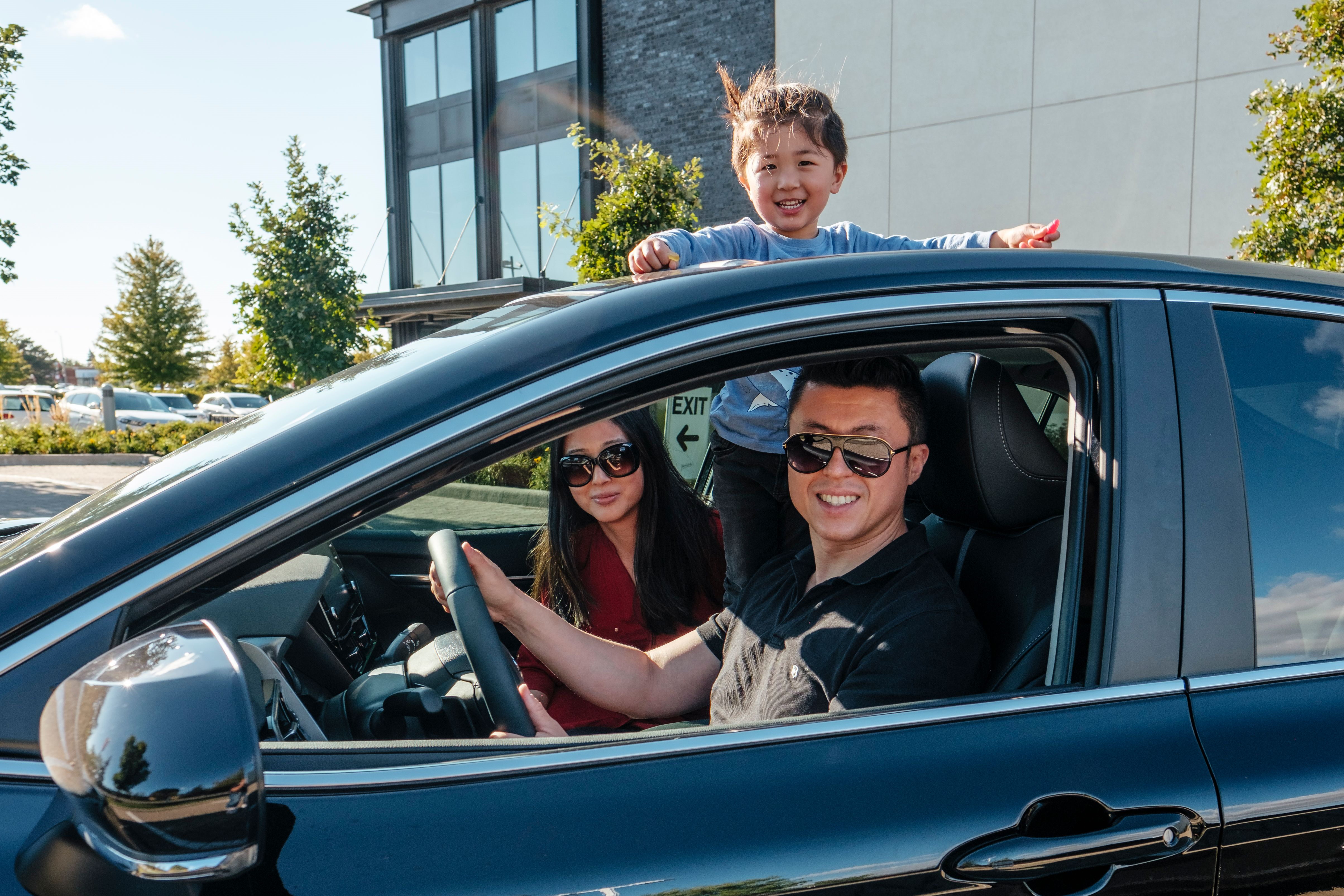 “Plus, I get positive equity when I swap into a new lease, so I get a pretty good deal. And I’m in that new car again with the latest tech, safety features, and quality. I just like to keep things simple. I think electric vehicles are worth considering but with the hybrid, I don’t have to plan my route. An electric car you have to plan in your [charging] stations for travel, and that’s too much work personally. So in another couple of years when it becomes more widely adopted, and people are all driving electric cars we will pivot to that. But for now, I think gas is still quite convenient. As long as it’s efficient, that’s what I’m aiming for.

“I like Toyota. I think for the value, you get a lot. I’m not willing to pay for a brand. I just don’t see the point. In premium vehicles you might get nicer interiors by default and then everything else is an add-on. For cars like the Toyota, they start off with a very humble interior but it pretty much comes with everything else, like the highest safety standards. It’s super reliable, fuel efficient, and has a good amount of tech without splurging on the most expensive car. Toyota was the first [to mass produce] the hybrid [(Prius)], so it’s kind of like they’re the leader in hybrid.

“I like the quality; with Toyotas, I hardly do anything to them. [Laughs] I do, maybe, two to three oil changes in a year. My maintenance is like 300 bucks. So if you think about that, the cost of ownership is relatively low.”

“Long distance driving is a lot less tiring with this feature. We’ve driven to Montreal and back, and the five- to six-hour trip was made a whole lot easier. Your hands are still on the wheel – it warns you if your hands aren’t on the wheel – so you’re still in control but you can focus on a conversation because the car does a lot so that you feel safe.”

“It warns you if you’re kind of touching the lane. If I’m backing up, I know if someone’s coming from my left or right. If someone’s walking behind my car, the car will actually try to break. It’s also got auto high beam, so if I’m driving and there’s not a lot of light, the high beam turns on automatically to give you more visibility because it can detect how much light’s around.”

“It includes Apple CarPlay by default. I’m an Apple user and this allows me to connect to my device and I can have everything I need on display. It feels like a huge upgrade and allows me, just on the navigation side of things, to use apps that I prefer. Sometimes I use Waze, which gives me traffic situation updates quite accurately. But I also like to use Google Maps if I don’t want to know every detail about my trip. I also use Spotify quite a bit for music.”