VW Touareg is a Solid SUV for Families

I recently had the Execline version of the Touareg and I can attest to its ability to handle snow and ice as we had some of the worst weather we have had this winter during my week in it.

Back in 2004, my wife and I took our three young kids to Disney World for the first time.

It was a fantastic trip, with the drive made more comfortable with an SUV I had on loan from General Motors.

But it was another SUV that caught my eye the deeper we went into the United States.

Volkswagen had just introduced its Touareg and I remember noticing them almost everywhere we went.

Thirteen years later, and the Touareg is still a solid performer for Volkswagen.

I recently had the Execline version of the Touareg and I can attest to its ability to handle snow and ice as we had some of the worst weather we have had this winter during my week in it.

The Touareg comes in three trims: Sportline, Wolfsburg Edition and the top of the line Execline.

All three are powered by the same 3.6–litre engine which produces 280 hp and 266 lb/ft of torque. I have read some other reviews about the Touareg noting the horsepower falls below its competitors but I never once felt that I didn’t have enough power for passing or staying up with traffic on the highways during my week behind the wheel. 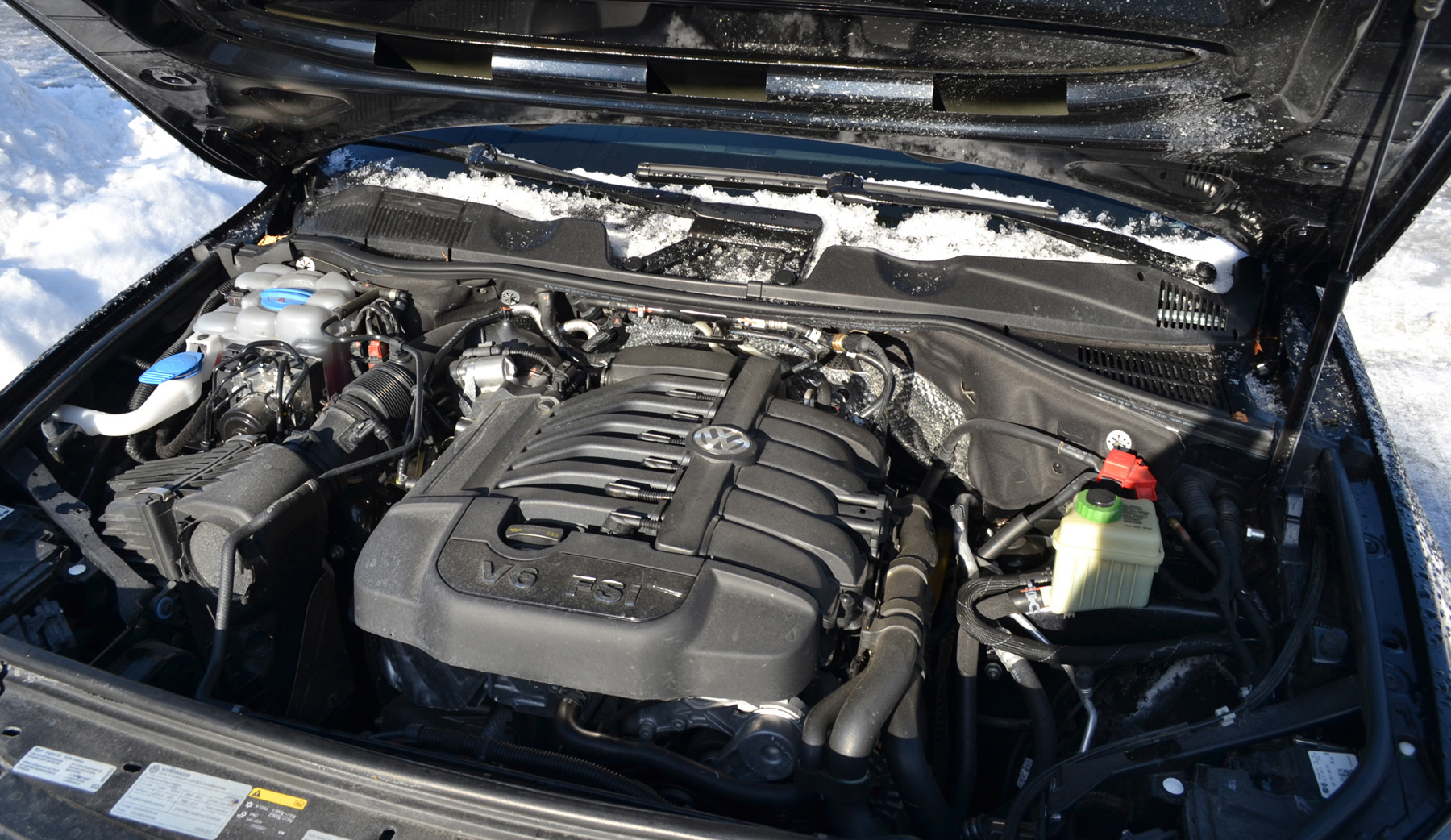 The engine is paired with an eight-speed automatic tiptronic transmission and I was glad for the 4Motion all wheel-drive system which directs power to the wheels with the best traction, keeping you moving in the worst weather conditions. The 4Motion is standard on all Touaregs.

Also standard on the Touareg is the eight-way adjustable power front seat with lumbar support for both the driver and passenger (14-way adjustable in the Execline) and an automatic post-collision braking system.

I also liked the auto hold feature on the Touareg. With it on, should you stop the car and forget to put it into park, or your foot slips from the brake, the auto hold system will keep the brakes applied until you put your foot on the gas pedal.

The Execline line seriously bumps up the features in the Touareg starting with 20-inch alloy wheels which gives this SUV a very rugged stance. 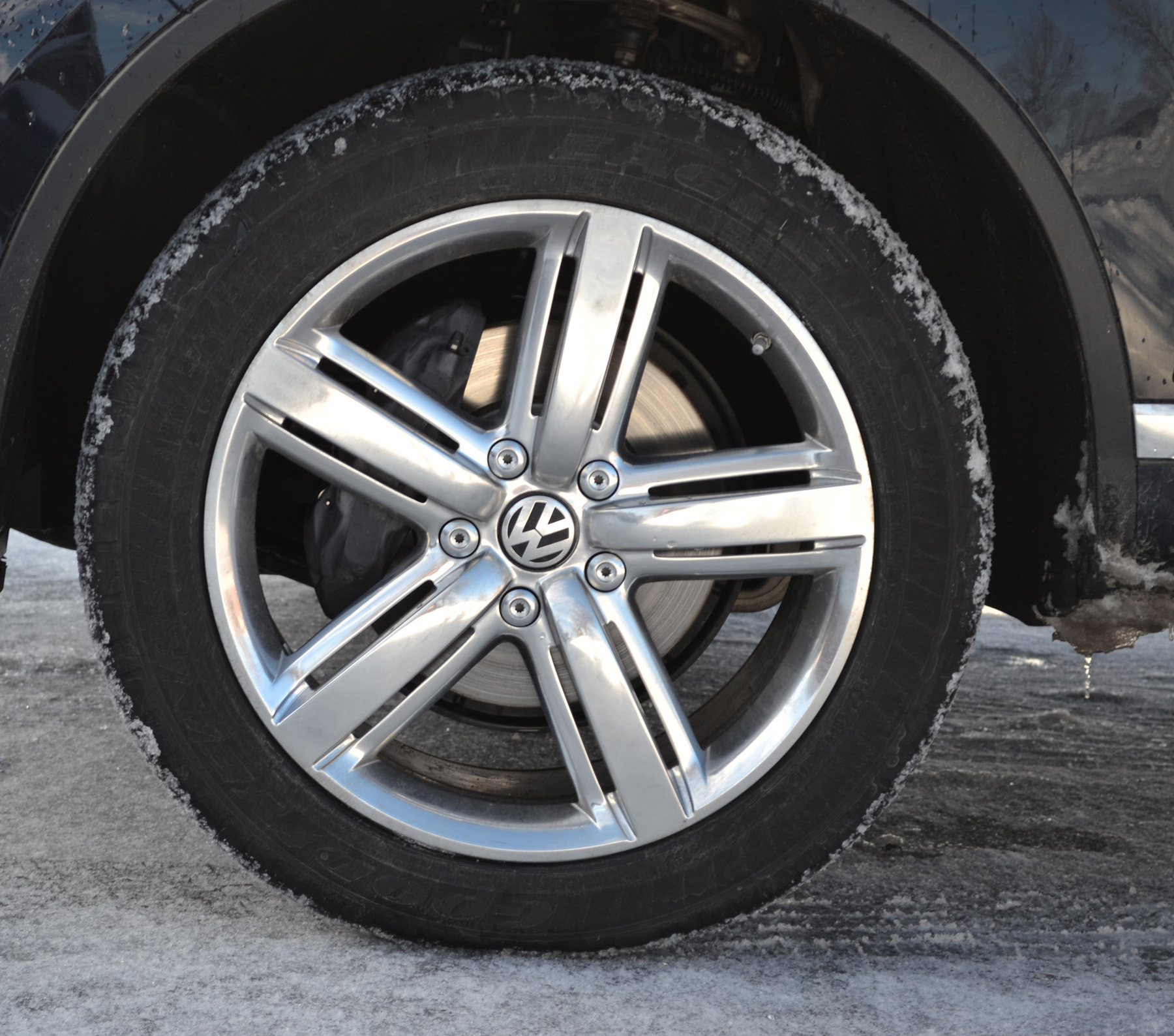 Other extras with the Execline include leather seating surfaces, easy open power tailgate, park distance control, safety features such as lane assist and side assist, adaptive cruise control and a panoramic sunroof. One of my favourite features on the Execline was the 360-degree aerial view the front, back and side cameras are able to provide. It helped a few times in tight spots and I often wondered if VW had a satellite following the SUV to provide the view.

Touareg is no exception. The eight-inch touchscreen was easy to use as was the navigation system. 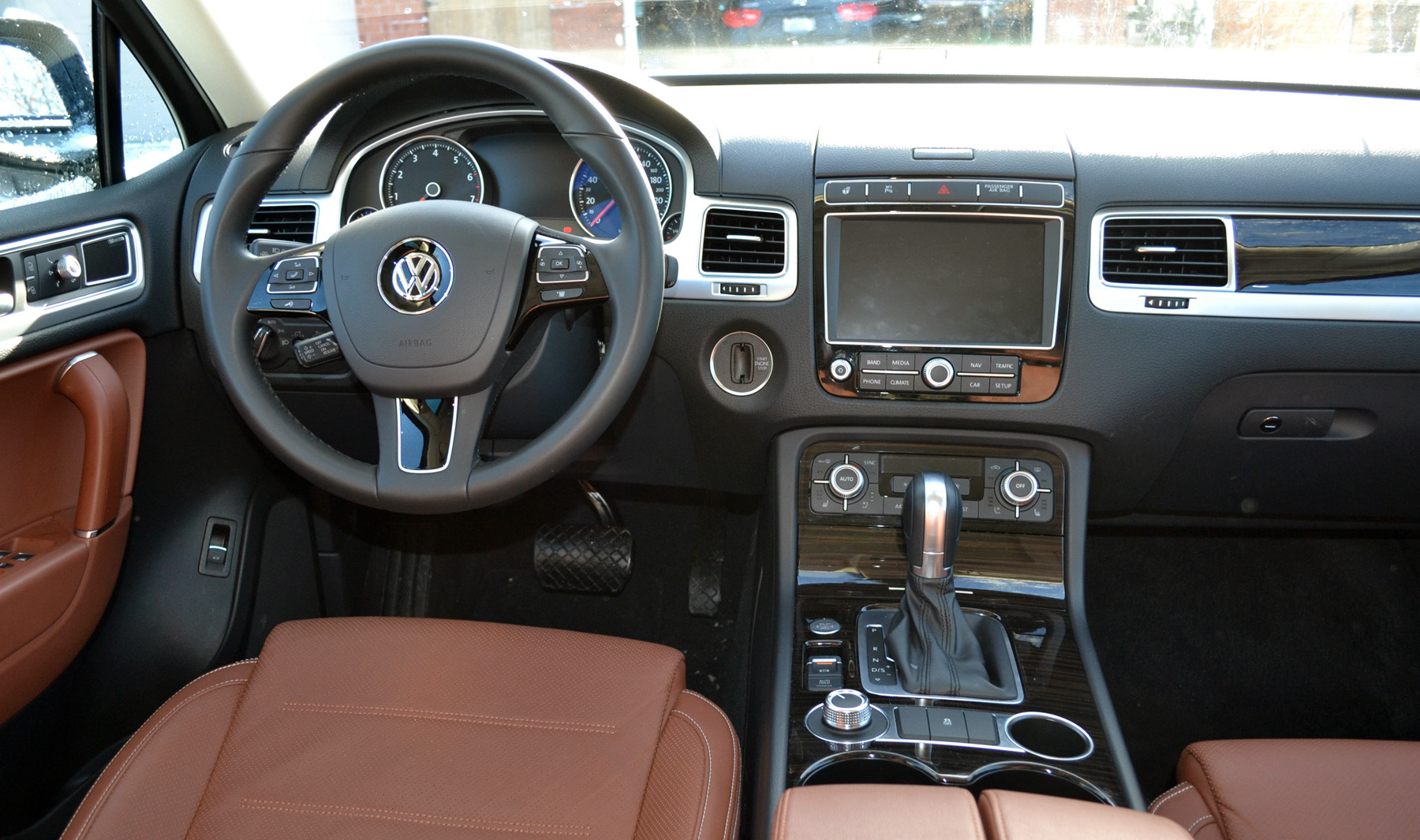 Today’s car manufacturers are offering SUVs that have taken families away from minivans. They offer numerous safety features and plenty of room for five.

If you have more in your family, you can get an SUV with third-row seating.

For some families it is the small things an SUV offers that makes them choose that one for their family.

While the Touareg won’t win any prizes for it’s almost bland exterior, it is the interior where the Touareg shines. It has clean lines, is stylish and every control is in the right place.

At $65,460 the Execline Touareg is out of range for many families but if you can afford it, this SUV is worth a serious look if comfort, style and safety are high on your wish list. 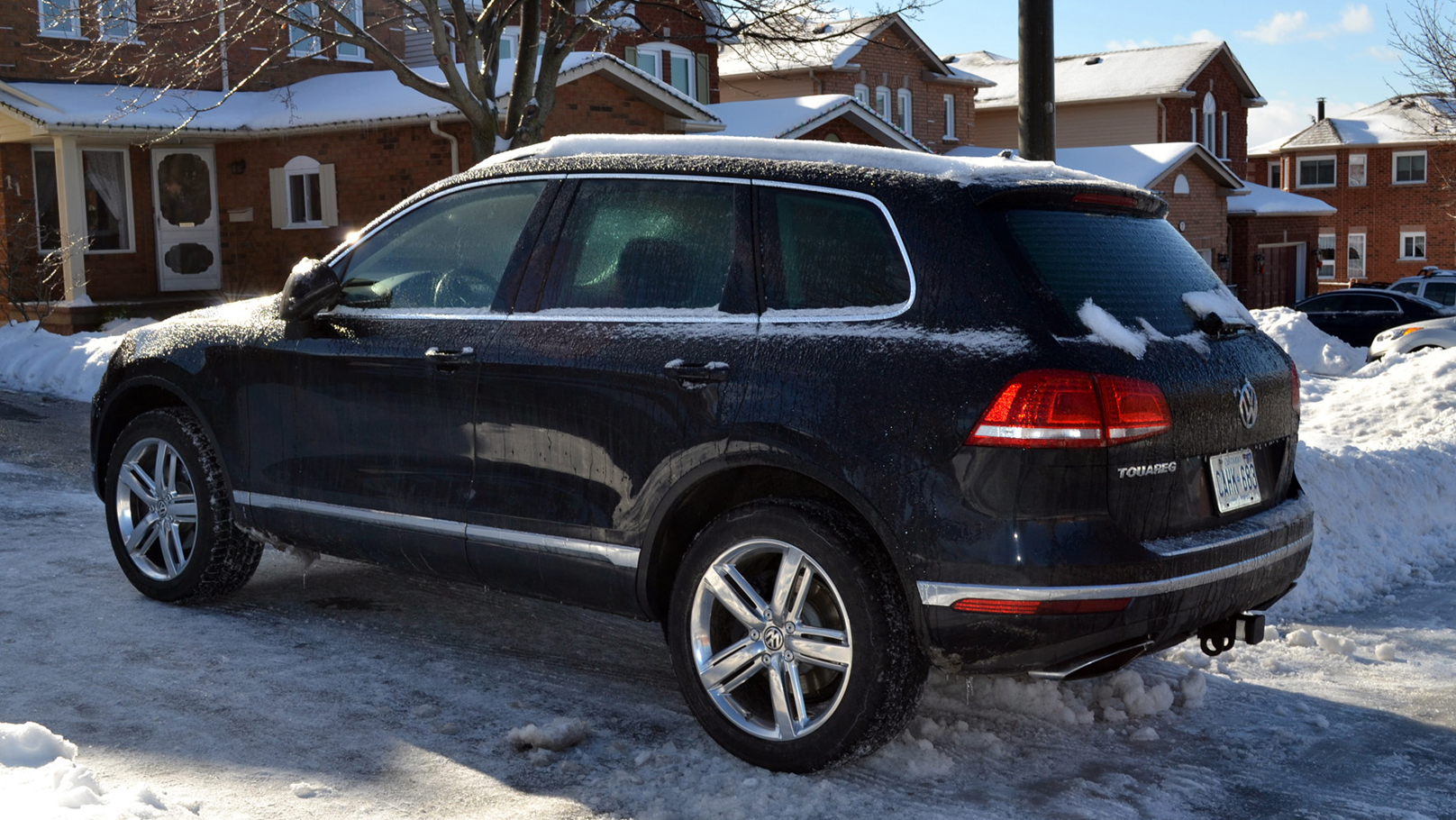 2017 Volkswagen Touareg Execline at a glance