VW Atlas is well worth the wait

Volkswagen are taking direct aim at the North American market with the design of Atlas and from what I experienced they have certainly achieved this.

BOERNE, TX: The 2018 Volkswagen Atlas has been a long time coming, but VW have used this time well making sure that the Atlas is ready to take on its rivals in an already crowded midsize SUV segment.

After spending a day in the new Atlas it looks like they have done their homework well.

The standard seven-seat Atlas comes with two engine choices – the tried and tested 3.6-litre VR6 that pushes out 276 hp and 266 lb/ft of torque and a 2.0-litre TSI four-cylinder engine that produces 235 hp and 258 lb/ft of torque, the later not being available until later in the year. 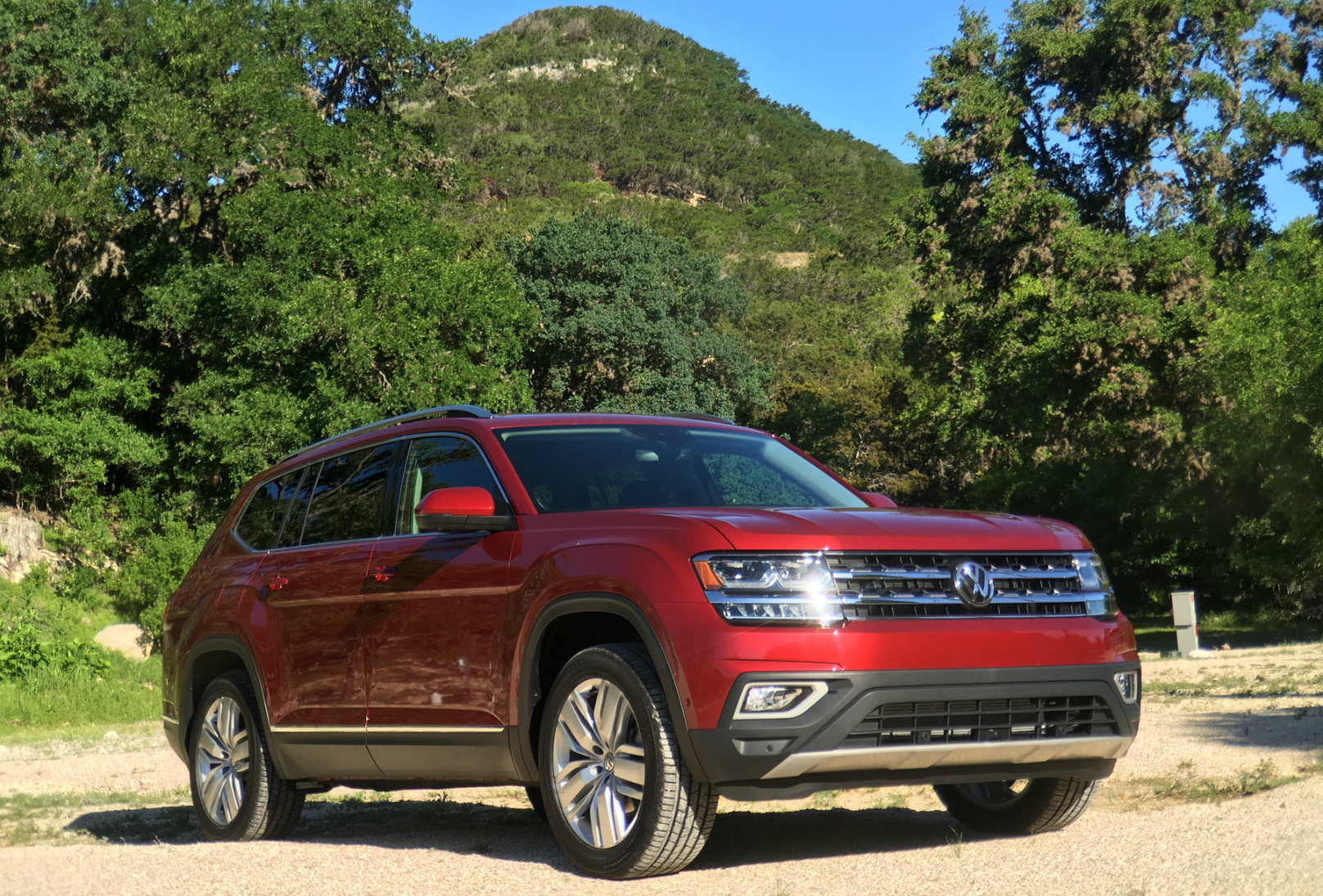 Both engines are matched up to an eight-speed automatic transmission. The 4Motion all-wheel drive system will only be made available with the V6 engine with the 2.0-litre engine being offered front wheel drive only.

At 5,036 mm long, 1,978 mm wide, and 1,769 mm high, Atlas is larger than any other Volkswagen on sale in Canada and is built on VW’s versatile Modular Transverse Matrix (MQB) architecture that is shared with the new Golf .

Although it is just a tad shorter than the Ford Explorer and Nissan Pathfinder it seems more streamlined and less bulky. 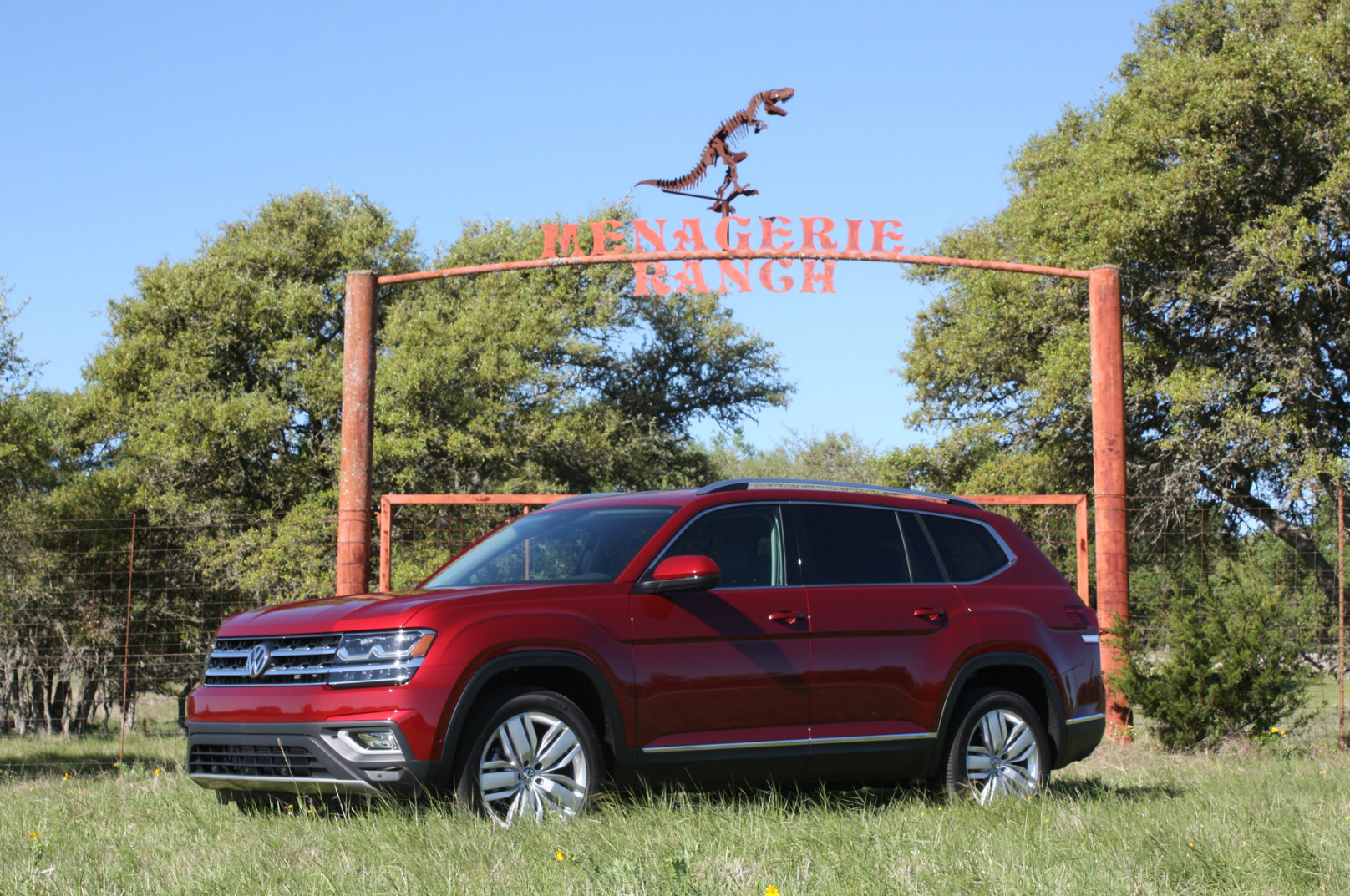 Up front the LED headlights and daytime running lights come as standard with available LED taillights at the rear.

Internally there is ample passenger space in all three rows, with easy access to the third row by a clever folding second row that can still fold easily – even with child car seats in place.

The third row, while tight for adults, still gives enough legroom to be comfortable for short to mid-length drives. Kids and teens will have no problem for longer trips. Captain’s chairs will be offered as an option bringing the occupancy level down, but increasing internal space significantly.

The dash, while minimalistic, is uncomplicated but very functional with everything easily read and within reach as well as pleasing to the eye. 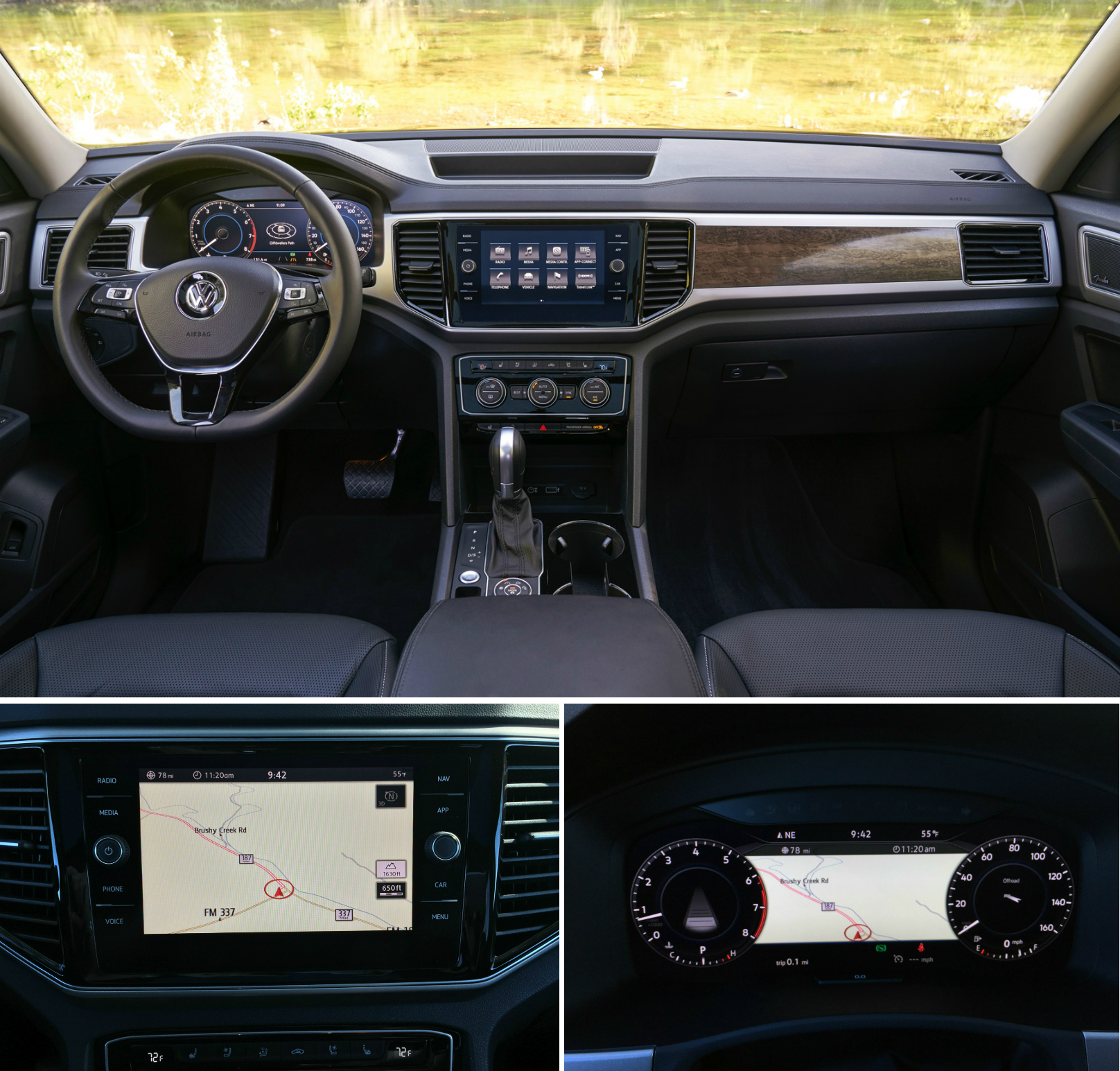 All models will come with an 8” glass infotainment touchscreen conveniently set into the dash. Volkswagen has borrowed their new digital cockpit from their posh cousin Audi and is available in the top of the line Execline trim level.

The fit and feel of the materials is of a higher grade than I was expecting and, as I was to find out, the seats are built for long drive comfort and offer ample support where needed.

There are a plethora of safety and driver aids with a rear view camera and Automatic post-collision braking being offered as standard equipment on all trim levels with, Adaptive Cruise Control (ACC); Forward Collision Warning with Autonomous Emergency Braking; Blind Spot Detection with Rear Traffic Alert; Lane Departure Warning (Lane Assist) and Parking Steering Assistant (Park Assist), being added as options as you move up the trim levels. 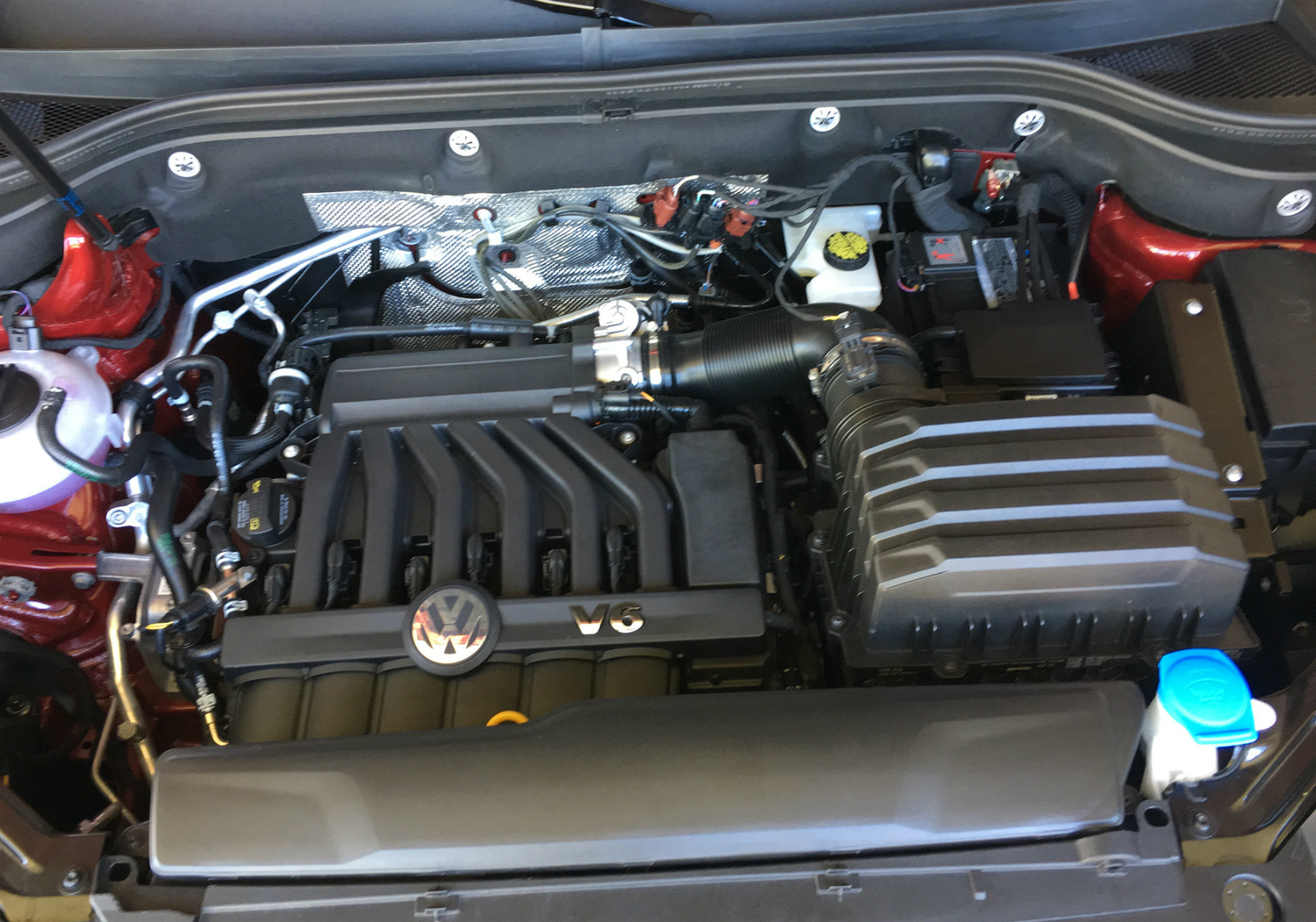 I only got to chance to behind the wheel of the top of the range Execline that came with all the bells and whistles.

Acceleration is smooth and ever so quiet with barely a grunt when pressing hard on the pedal, gear changes are fluid and remarkably unnoticeable as you get up to speed.

Although I was in Texas, known for its long flat roads, I was lucky enough to be in Texas Hill Country and was able to push the Atlas through some tight meandering roads with the addition of some ups and downs over the undulating countryside.

The Atlas I was driving came with the 4Motion all-wheel-drive system that has four active control modes; On-road, Snow, Off-road and Custom Off-road, was easily controlled by the dial mounted on the centre console.

Driving position is comfortable and all around visibility was better than expected for an SUV.

Wind and road noise were noticeable, but only because of the harsh road surface and high cross winds – it was only the lack of engine noise that drew my attention to these in the first place.

The electronic assisted steering is crisp and precise especially under load in the corners. The Atlas was tight with no visible body roll as it tracked around corners with ease.

Overall I was impressed with the Atlas, its super smooth and quiet engine and vast amount of interior space will make this a real contender in the midsize SUV marketplace.

Volkswagen are taking direct aim at the North American market with the design of Atlas and from what I experienced they have certainly achieved this.

I can’t wait to try out the smaller engine that is only 46 hp less the VR6.