SAN ANTONIO, TX: Infiniti is taking the novel approach of going after four segments of the mid-size luxury sedan market with one car – the 2016 Q50.

All share the same platform, a seven-speed automatic transmission and, in Canada, standard all-wheel-drive. But where they differ is in the engine bay.

The 2.0T model has a twin-turbo, DOHC inline four-cylinder co-developed with Mercedes-Benz producing 208 hp and 238 hp on premium fuel. It is designed to go after entry-level luxury sedans such as the Acura ILX, Cadillac ATS and Mercedes CLA. The Q50’s advantage is being mid-size compared to the others which are considered compacts.

RELATED: Acura’s ‘gateway’ ILX gets a refresh for 2016

While Infiniti doesn’t plan to sell of lot of them, there will be a Hybrid for those who want luxury and fuel economy. It uses the current hybrid system with lithium-ion battery, a 3.5-litre non-turbo DOHC V6 producing 302 hp and 258 lb/ft of torque coupled to a one electric motor/two clutch system with 67 hp and 214 lb/ft of torque for a combined 360 hp. 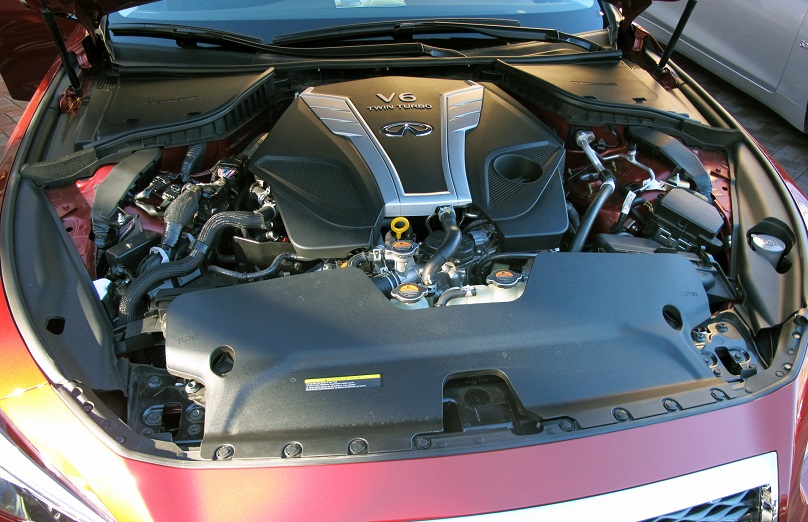 Next comes the 3.0-litre model, but in two forms.

Both share an all-new twin-turbo DOHC V6 but in two stages of temperament.

The “volume” model will be the 300 hp, 295 lb/ft of torque version and up against all manner of BMW, Lexus and Mercedes models. 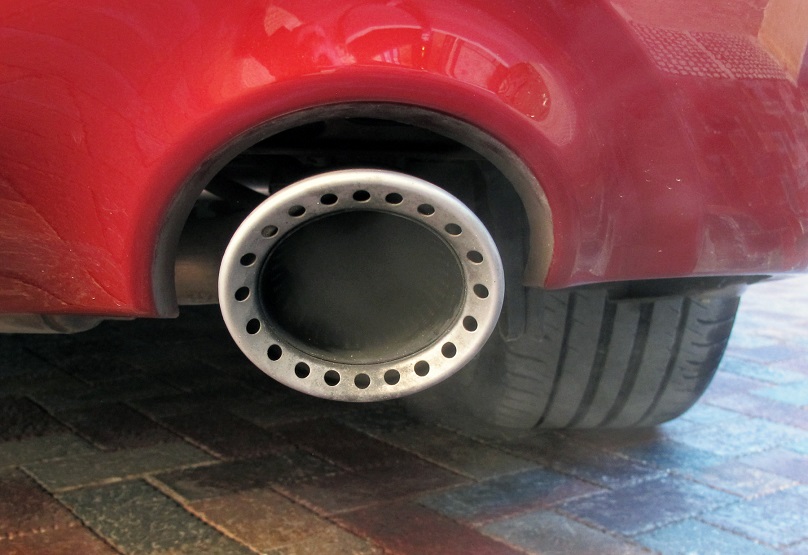 Lastly comes something new from Infiniti – the Q50 Red Sport 400. It takes some high-performance competitors such as the Cadillac CTS-V, Mercedes AMG and a myriad of BMW M sedans.

The Red Sport 400 pumps the power of the 3.0-litre up to 400 hp and 350 lb/ft of torque with advanced suspension and handling to match. 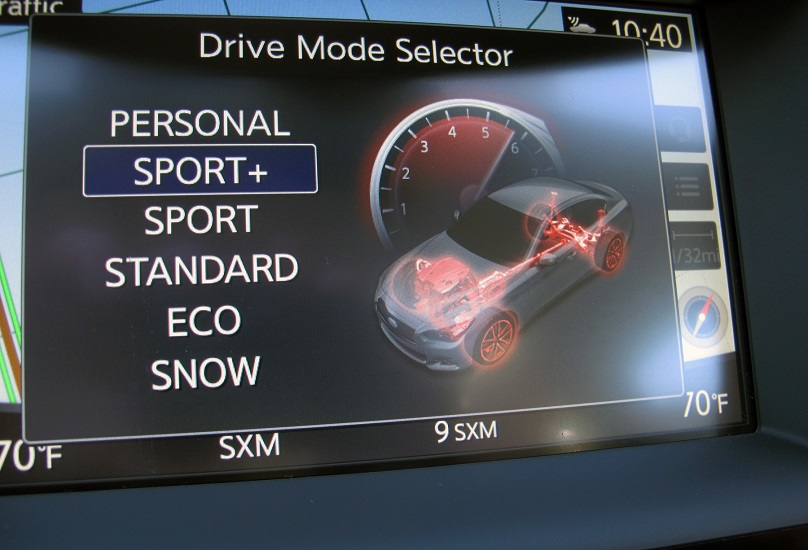 Under Personal, the driver can fine-tune the Q50 with some 300 ways to precisely adapt the car to his/her taste.

Part of the DAS is Active Lane Control, which semi-autonomously keeps the Q50 between the lanes using a camera-based lane marker detection system.

What this does is lessen the number of steering corrections the driver has to make on highways, poor road conditions or side winds. 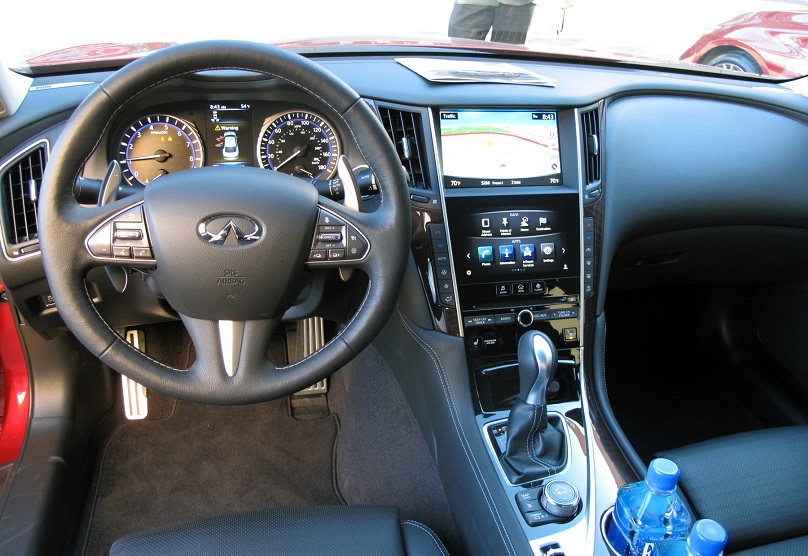 At the top of the ladder are the Q50 3.0t Sport and Red Sport 400, which feature Infiniti’s new Dynamic Digital Suspension that the brand says offers “class-leading response and agility.”

With the flick of a switch, the driver can activate the electronically adjustable shocks in either Sport or Sport+ modes. When either is on, the system constantly changes to keep the Q50 “flat” in terms of suspension dive and body roll. 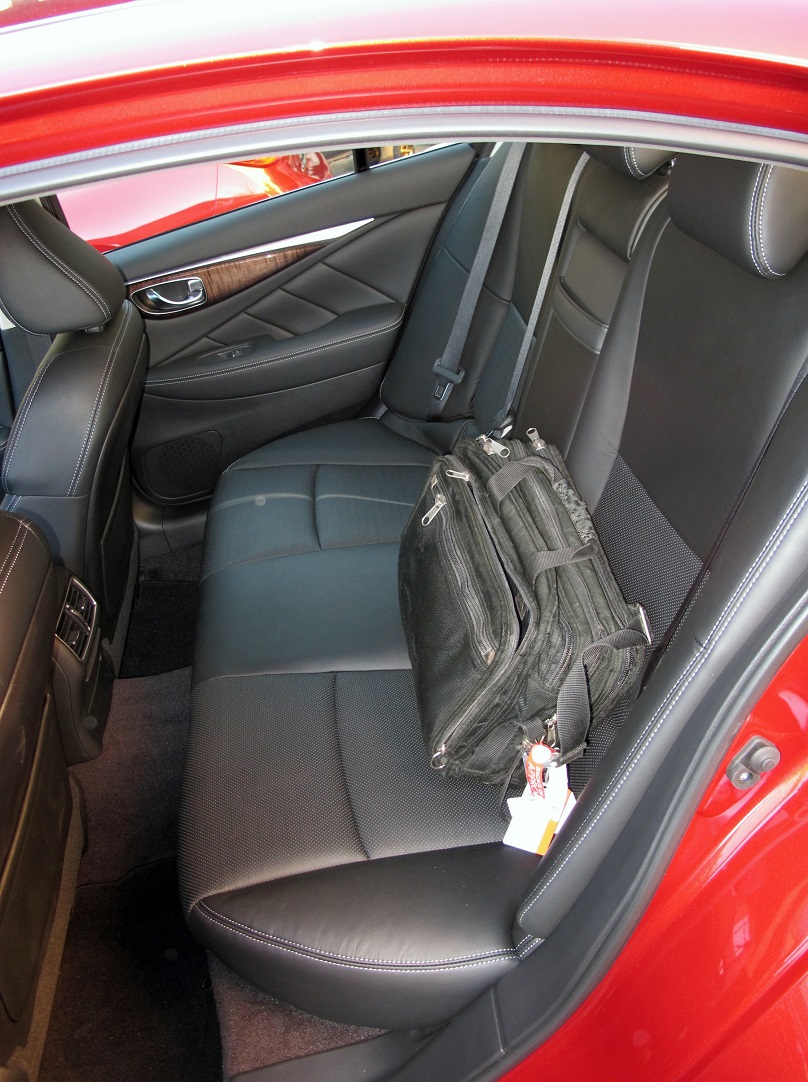 At the press launch in San Antonio, the only models available for test drives were the Red Sport 400, all U.S. spec and pre-production examples as well.

Exterior styling remains relatively the same. The only giveaways you are driving a Red Sport are trim specific 19-inch wheels, discreet badging and different tips for the special exhaust system. 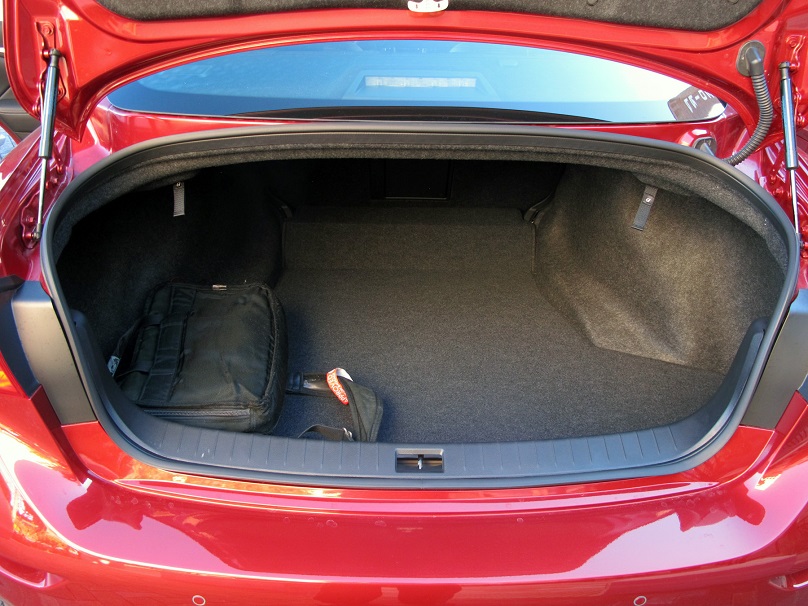 The PFCW is very interesting in that the Q50 can actually “see” two vehicles ahead. So if someone stops or slows suddenly in front of the car ahead of you, the Q50 slows or stops accordingly.

We were also testing the QX60 CUV at the same time, although drive time was limited therefore driving impressions are few, but I have already talked to Infiniti about booking one for a more thorough test.

I can tell you the DAS really works and, coupled with rev matching downshifts, it puts the “sport” in the Sport and Sport+ modes. Given more time I would have dabbled with the Personal setting, but will do so in the future.

Based on my brief experience with the Red Sport, I’d say it will give its main competitors something to think about because it combines serious performance with world-class safety and connectivity.

And if Infiniti can also make pricing competitive when it is announced, they have a winner. 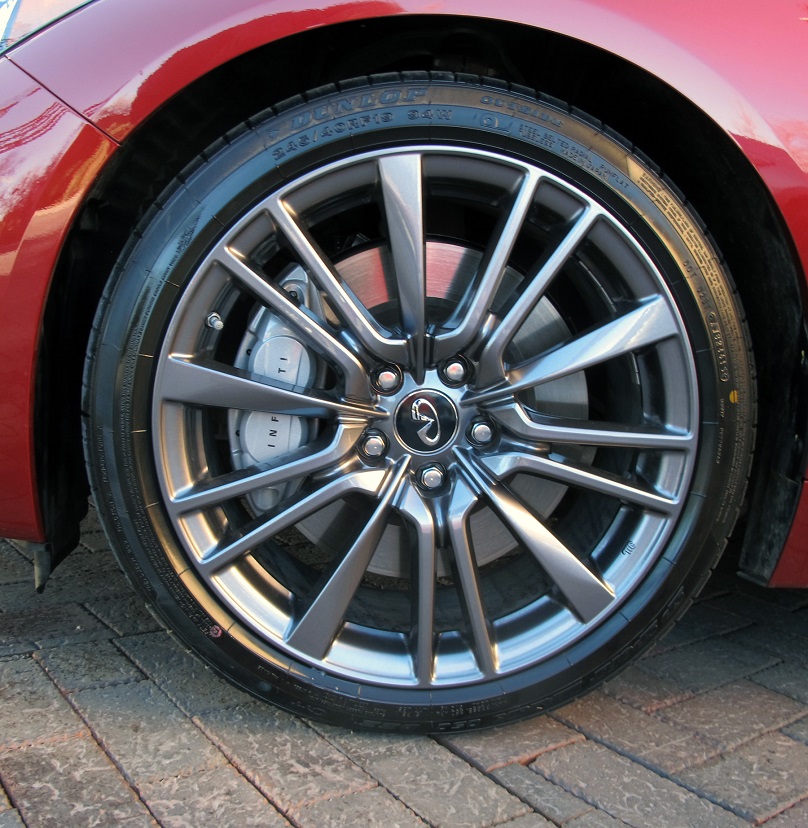