Toyota brings a hybrid to the RAV4 lineup

For many, the world’s first hybrid, the Prius, is what first comes to mind when one thinks of this gas-electric technology.

But in addition to the four Prius variants, Toyota has been able to turn its Camry and Highlander models into hybrid success stories.

So it comes as no surprise that the compact RAV4 crossover has become the latest Toyota to get the hybrid treatment for 2016. 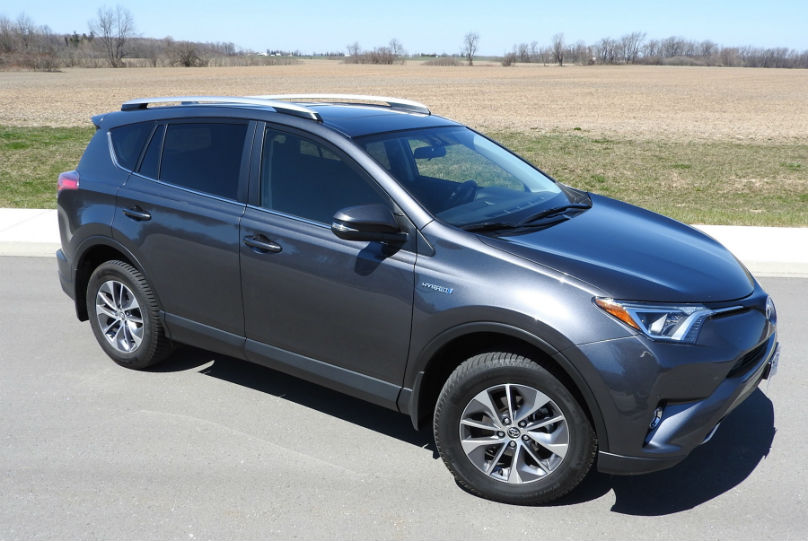 Toyota has rolled out this new hybrid as part of a mid-cycle refresh of the fourth-generation RAV4, which made its debut in 2013. The RAV4 itself has been around more than 20 years ago and spawned the compact SUV revolution.

Given the success of the Camry Hybrid, Toyota has high hopes the RAV4 Hybrid will also be a hit among compact crossover buyers who place fuel economy at or near the top of the must-have checklist.

The five-passenger RAV4 is Toyota’s second-best selling vehicle behind the Corolla and closing in fast.

Toyota hopes to sell 40,000 of these crossovers this year and that’s good news for Canada as the gasoline model is built at the firm’s Woodstock, Ont. plant. The hybrid, tested here, comes from Japan, however Toyota has announced the next generation hybrid will also be built in Woodstock.

Power comes from a 2.5-litre inline four-cylinder Atkinson cycle engine, combined with a pair of high-torque electric motors and a continuously variable transmission (CVT). The second electric motor on the rear axle powers the rear wheels when slippage is detected.

This is more power and better fuel economy than its gasoline-only powered RAV4 stablemate.

Energy for the hybrid’s electric system is produced through regenerative braking and stored in a nickel-metal hydride (NiMH) battery pack for use when the vehicle is in electric mode (EV) at low speeds.

EV is one of four selectable drive modes along with Normal, Sport and Eco, allowing drivers to dial up vehicle efficiency and responsiveness. 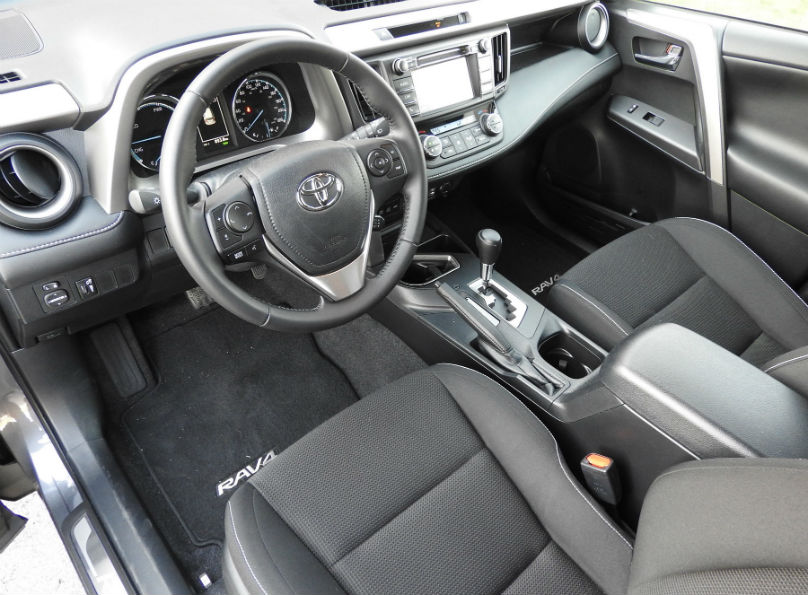 The latter gives a live, rotating 360-degree view around the vehicle.

So how does the RAV4 Hybrid drive?

Actually, quite well for a compact crossover that places fuel efficiency ahead of performance.

Acceleration is brisk with almost instant power thanks to the electric aspect of the hybrid system. The CVT transmission is a bit noisy on hard acceleration but mellows out at speed as Toyota has added more sound insulation to make the cabin a generally quiet and comfortable place.

The electric steering provides minimal feedback, but the vehicle handles most driving situations without fuss or bother. I noted that the regenerative braking was much less noticeable than on many hybrid vehicles.

Consumers buy crossovers partially for the utility they offer and the RAV4 Hybrid provides decent passenger and cargo room.

The RAV4 is already a best seller in the crowded compact crossover market and with the addition of the hybrid variant for 2016 has another option for fuel economy-minded consumers. 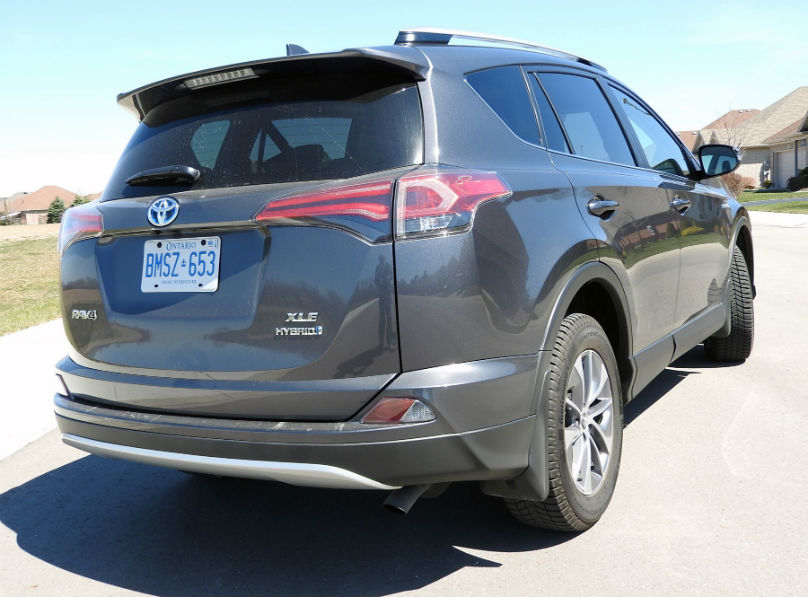