This is BMW’s Ultimate Driving Machine

The tach indicated there were still 5,900 rpm to go to reach the redline. 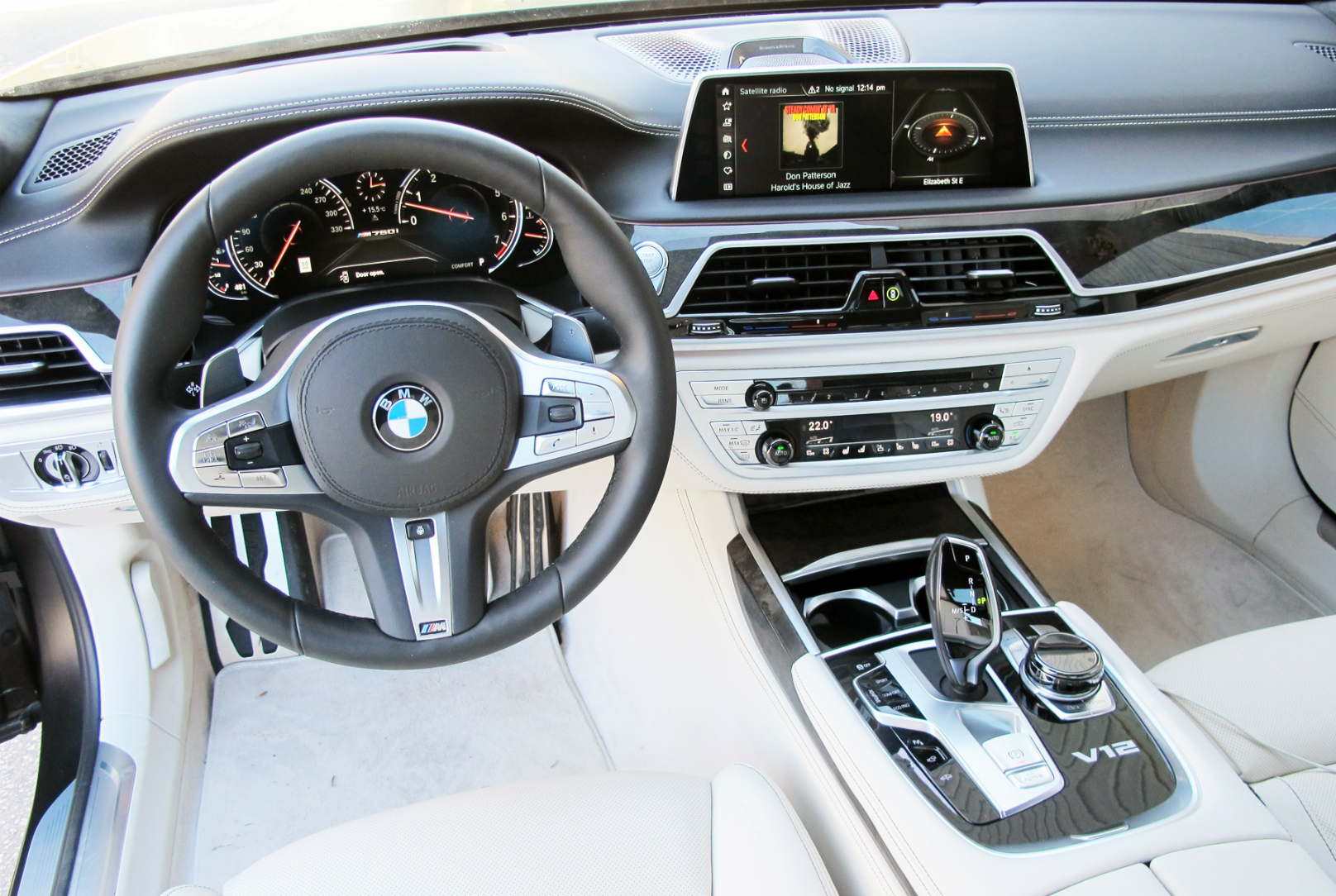 In the case of the M760Li it’s a lot more than the 6.6-litre direct injection engine.

The super stiff aluminum block uses closed deck construction along with bolts that fasten the cylinder heads to the floor plate of the crankcase along with double bolts on the main bearings and forged crankshaft and connecting rods. 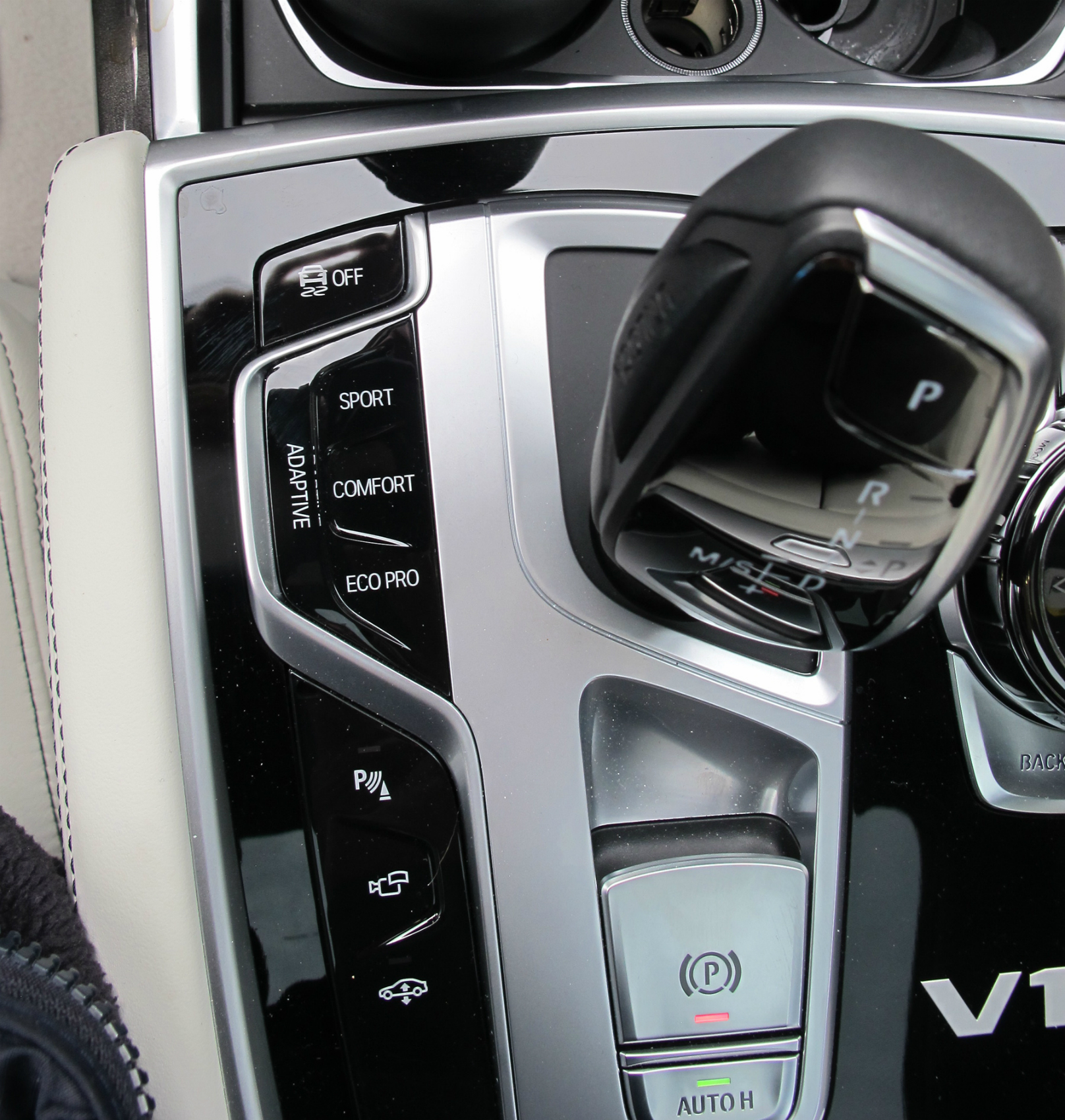 This is coupled to an eight-speed Steptronic Sport automatic transmission feeding torque to the standard xDrive all-wheel-drive system with a rear power bias.

The exhaust system is not overlooked with mostly straight pipes of the largest diameter possible to reduce back pressure.

But BMW makes it sweet with flaps on the rear silencers that are tuned to make what BMW calls a sonorous “soundtrack”.

The faster you go, the richer it gets.

Open the door and you’ll find a stamp on the B-pillar saying “Carbon Core” denoting the use of carbon fibre in the passenger area that not only increases safety, but lowers the centre of gravity which aids ride and handling.

This staggered approach is found in the highest performance levels, such as the Porsche 911 Turbo. Not only does it improve tracking but, in the case of the M760Li, it enhances comfort when cruising.

Standard is Active Comfort Drive and Road Preview which is an active suspension control system that links a two-axle air suspension setup. 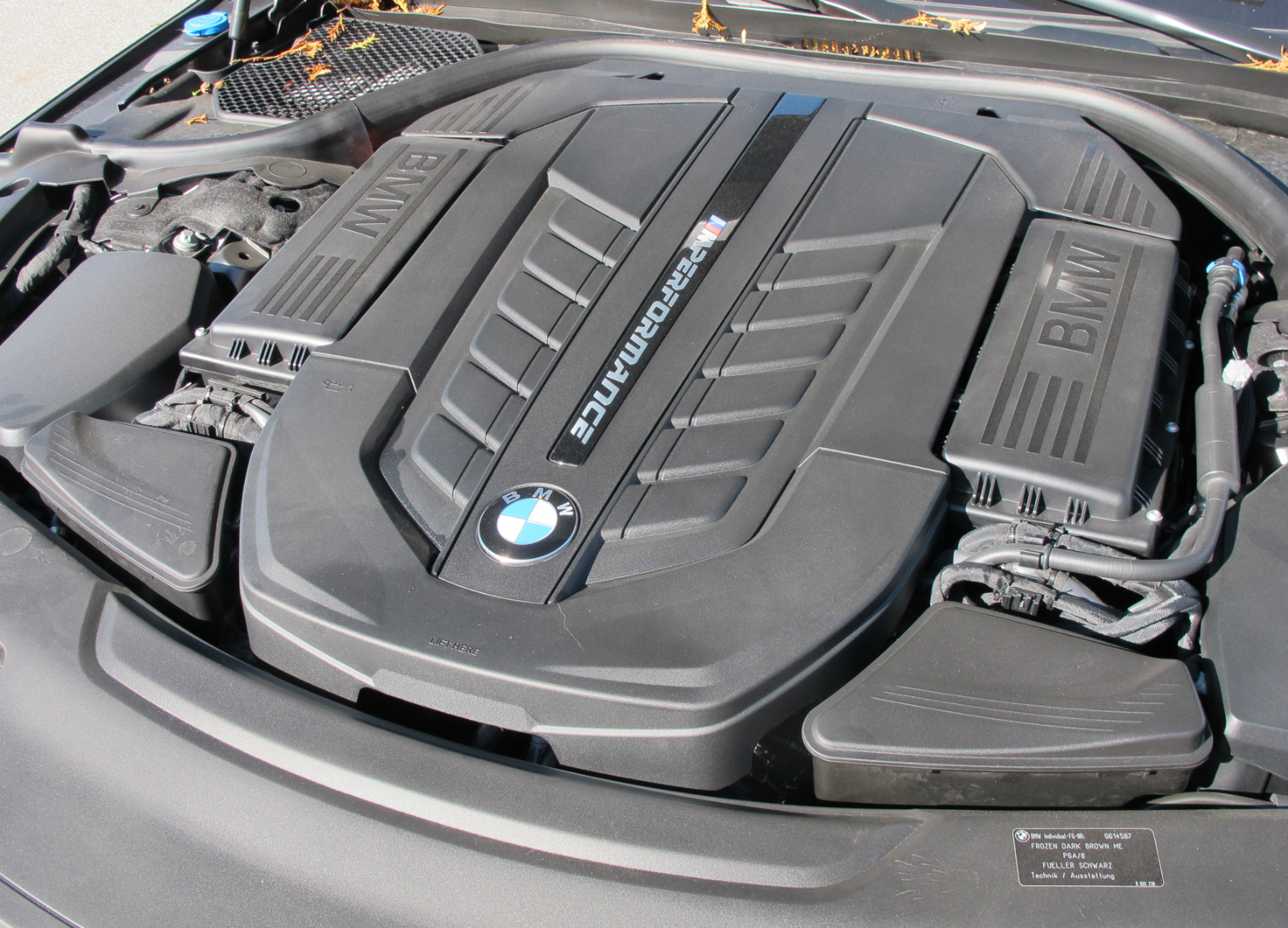 Employing Dynamic Damper Control, it electromechanically irons out the bumps and potholes along the way for the best ride and handling based on driver inputs.

And just to give the M760Li some visual growl is the M Aerodynamic Package with aero trim and accent pieces finished in Cerium Grey and you have to love the “V12” badges on the C-pillars.

You expect luxury and connectivity in a BMW, but the M760Li tested here takes the cake and then some.

A $10,000 option is the Executive Lounge Tier 2 package that effectively creates two rear seats with a centre mounted control system and a 10-inch screen mounted on the back of each front seat. 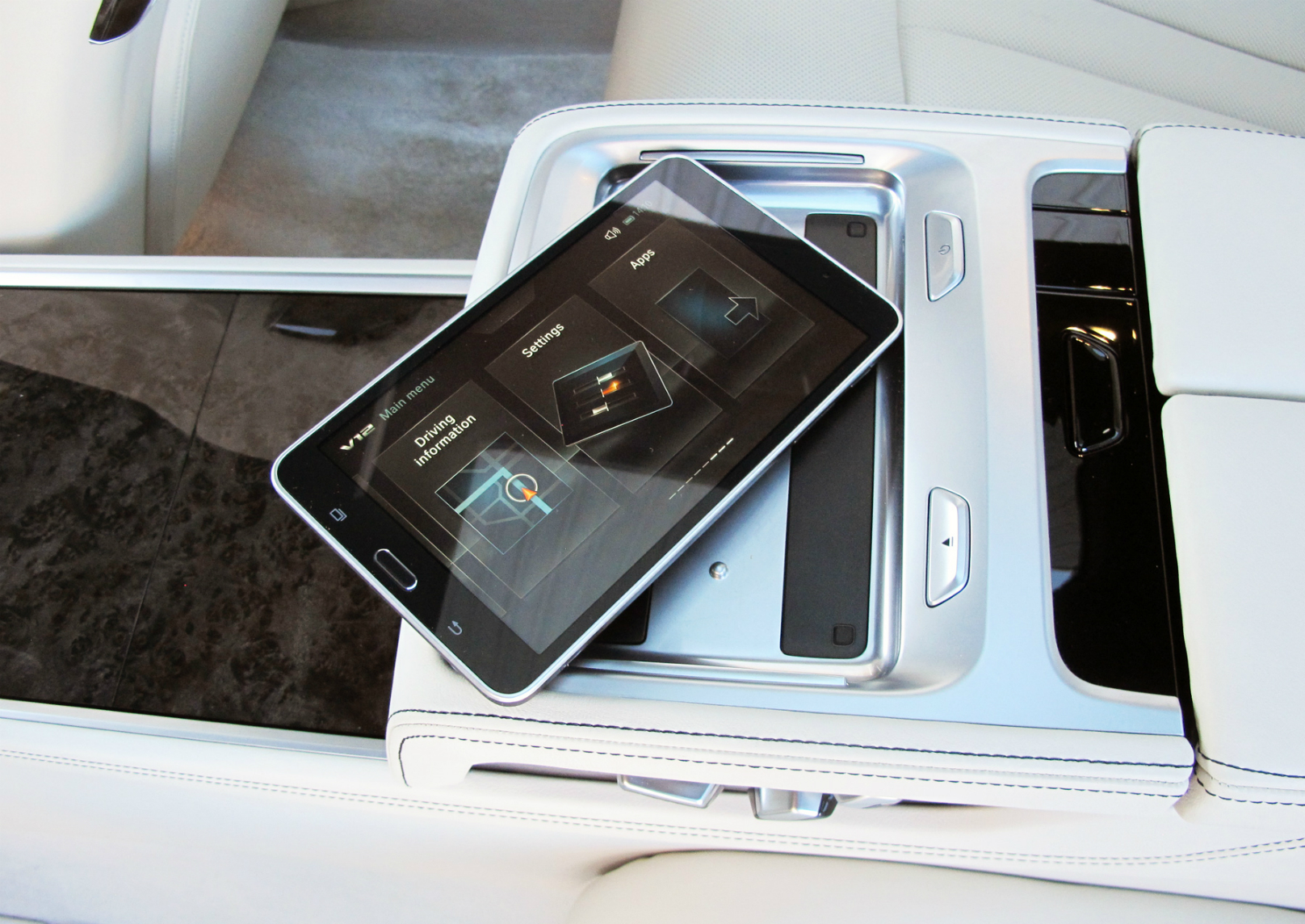 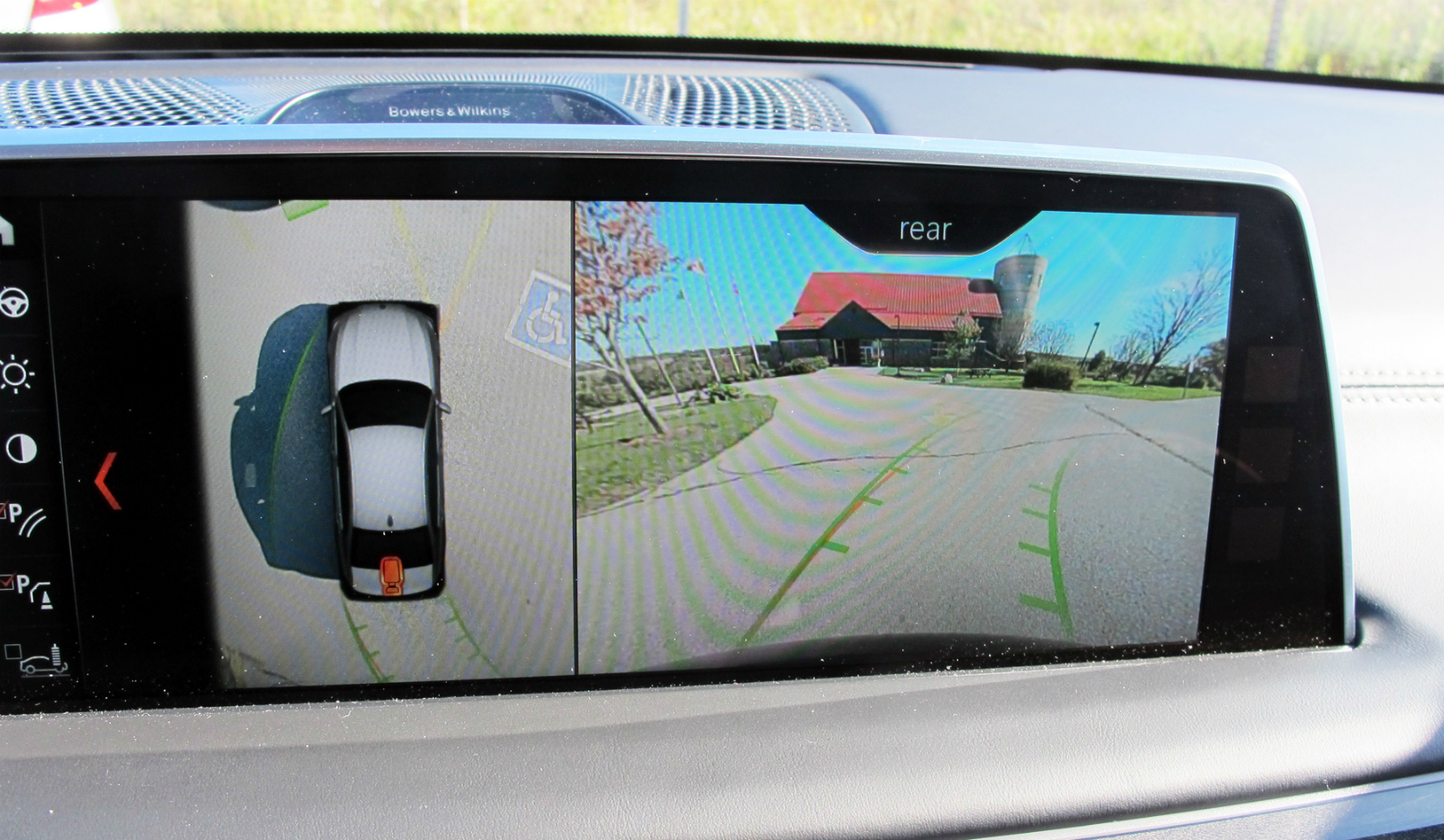 Each rear passenger can select his/her own comfort with ventilated seats with massage function along with individual climate control. A cellphone-like controller pops out of the centre console and works the infotainment and connectivity features.

This was a lovely car to drive and I probably picked the best day of fall to amble up into the central Ontario hills that lead up to Collingwood.

Acceleration, as noted above, is almost liquid it’s so smooth. I didn’t have to nail the throttle, as the sense of resident power in the engine was something I could feel the way the chassis/suspension system responded to the slightest inputs.

Passing, for instance, was swift and surgical without the engine breaking a sweat.

Also Read: A8 Transcends Audi into the Future

A $2,200 option was the Advanced Driver Assistance Package that included a “Park Assistant”, Steering and Lane Control, Front Cross Traffic Alert (which you need with the long hood), Active Cruise Control and Lane Keep Assistant.

The latter was very aggressive giving me a loud buzz, while vibrating in the steering wheel if I crossed a line. This was all well and good, but the force with which it tried to steer me back into the lane was almost enough to make me lose my grip. BMW says it can be turned off in the iDrive system.

Another stand-alone option at a very reasonable $600 was the Remote Control Parking system. 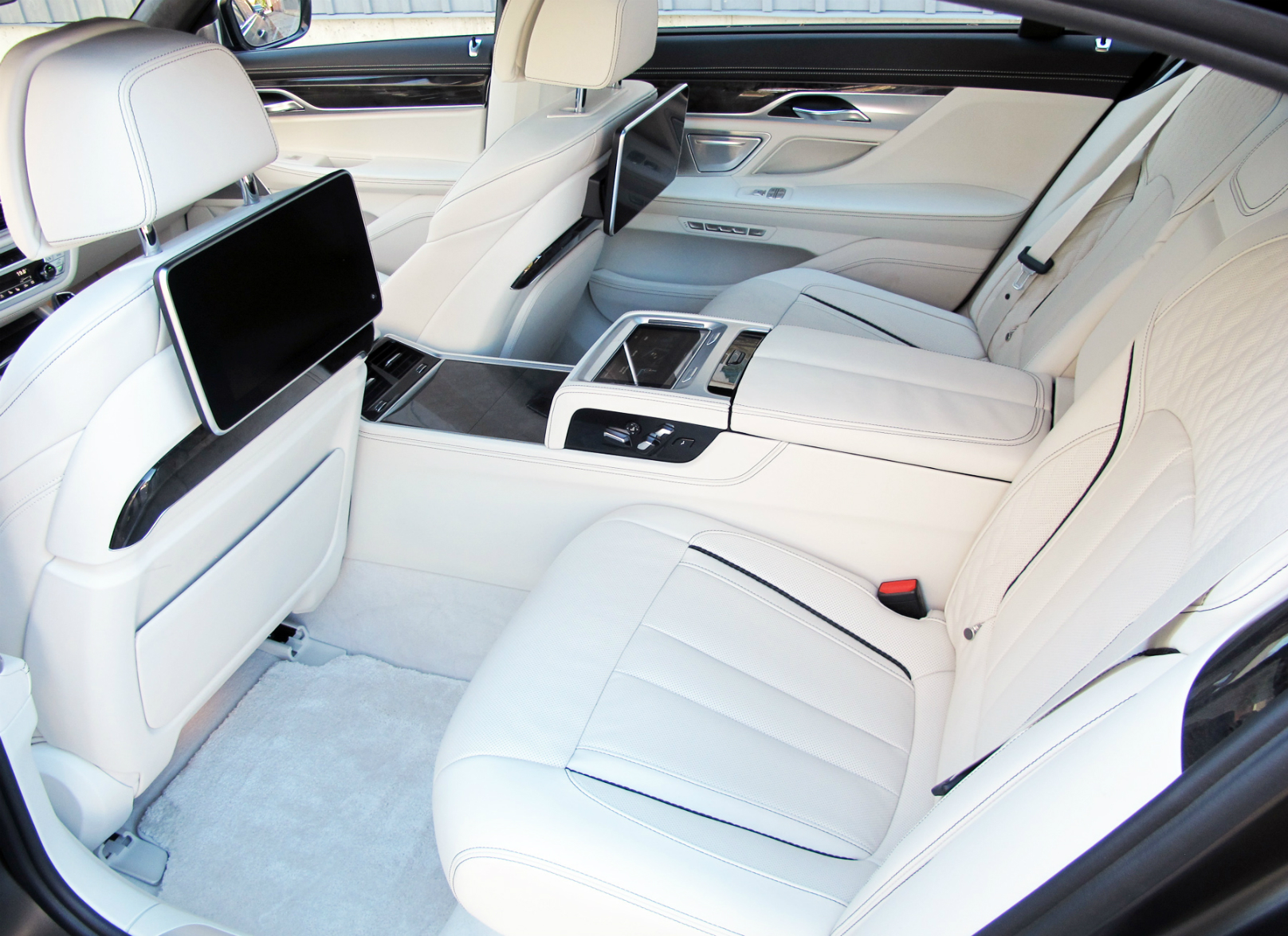 Something I really liked was the Head Up Display (HUD) that was quite large and bright.

For instance, it would depict the speed limit, and depending on your pace, your actual speed shows white when under the limit and red when over and it would respond to changes instantly.

But it also gives vehicle status and warning messages, turn-by-turn directions in concert with the navigation system and telephone and entertainment menus all without ever taking your eyes off the road. 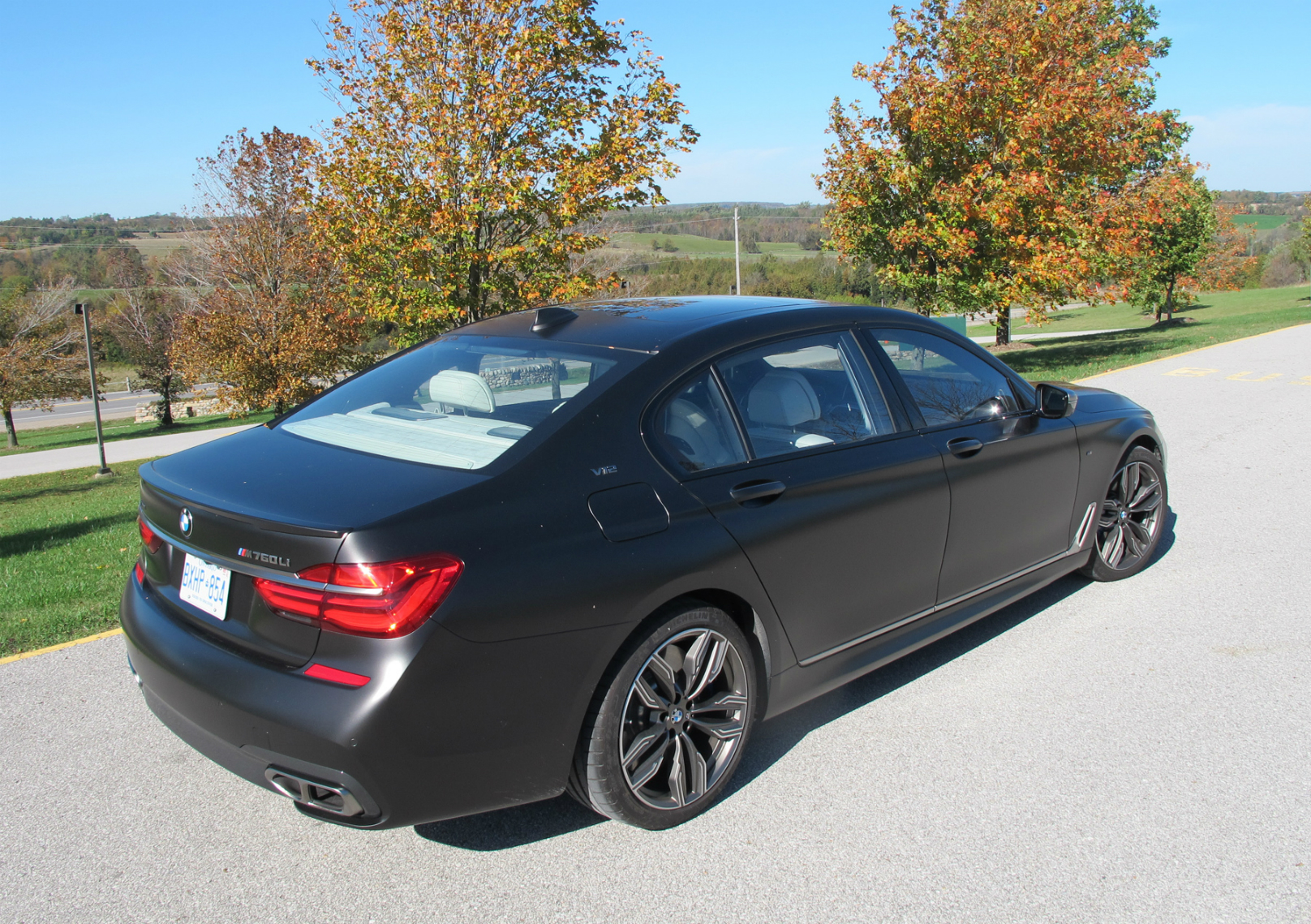