The World’s Fastest Hybrid at 310 km/h

The 2018 Porsche Panamera Turbo S E-Hybrid is not only the fastest hybrid in the world but is also the first plug-in model to sit atop a model range as a flagship.

VICTORIA, BC: The 2018 Porsche Panamera Turbo S E-Hybrid is the fastest, most powerful hybrid in the world – period.

Capable of going three times Canada’s highway speed limit, it also ensconces four people in all the luxury, connectivity and performance features the brand stands for.

In fact, this sedan marks the first time that a hybrid has stood atop of one of Porsche’s model ranges as its flagship model.

Its plug-in capability allows it to travel up to 50 km on electric power alone. On the European fuel consumption test cycle, it attained a 2.9L/100 km rating combined even with the added weight of standard full-time all-wheel-drive. 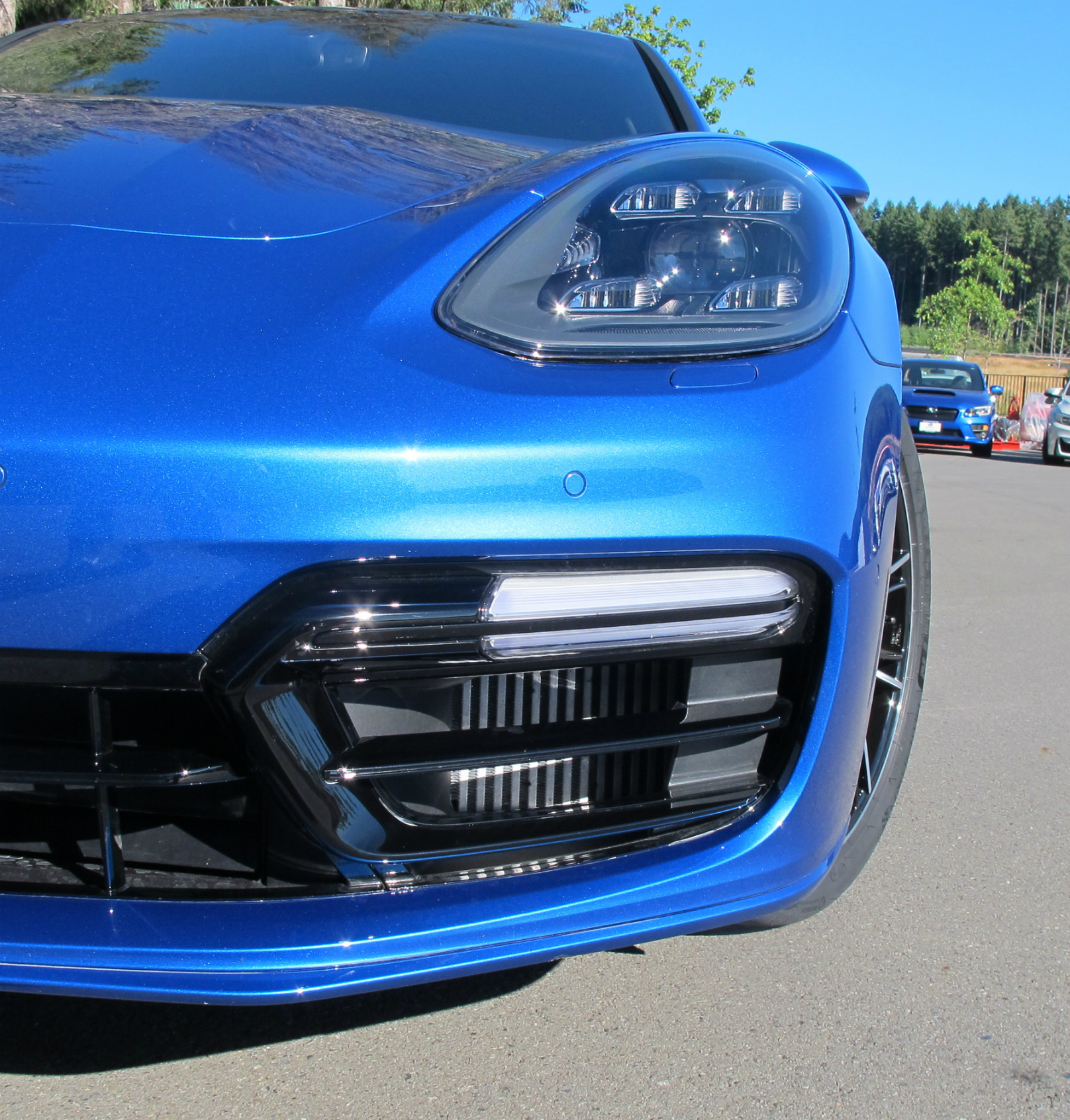 All this is possible due to the breakthrough electromobility lessons learned from the 918 Spyder super sportscar. 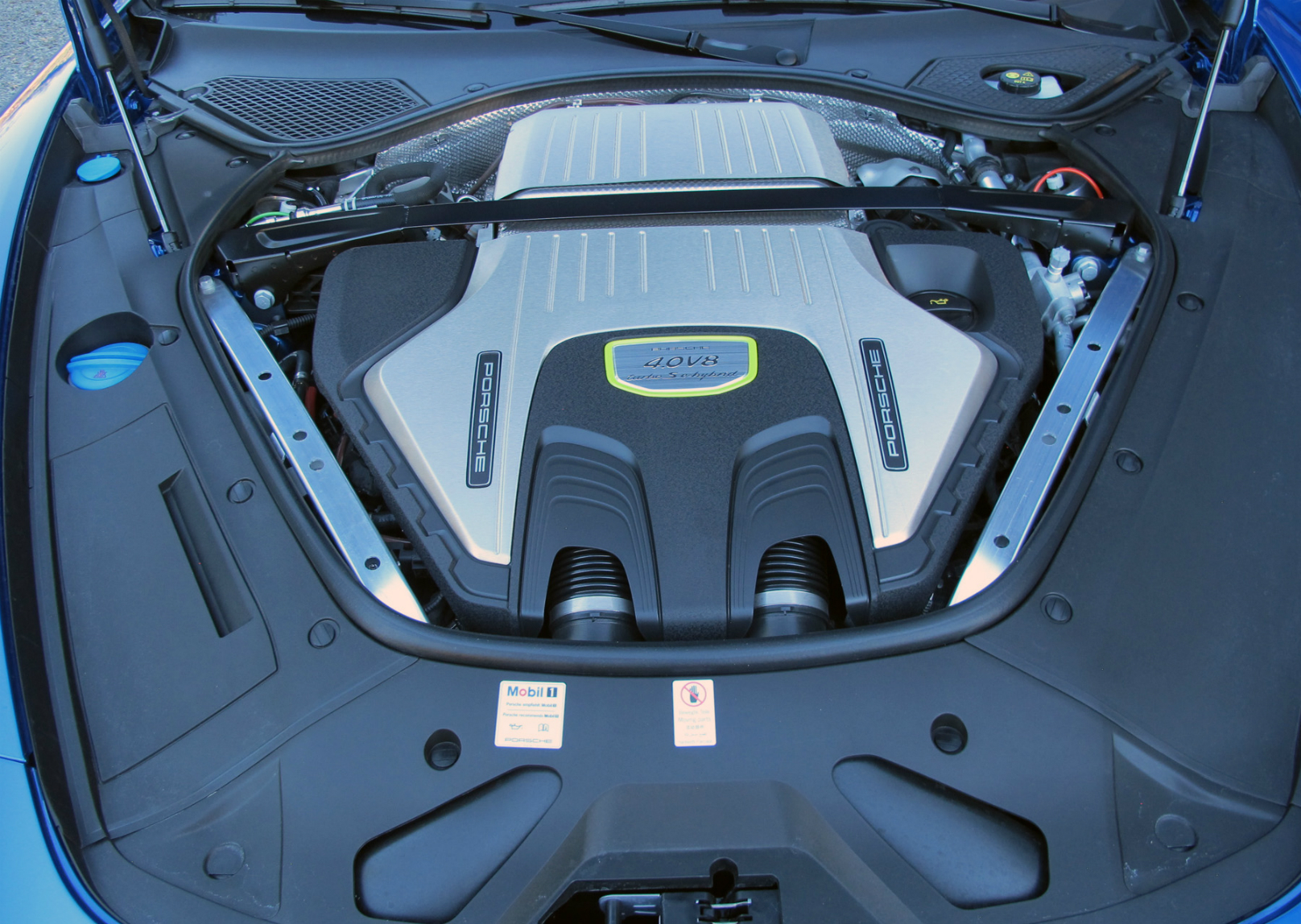 At the tail is a liguid-cooled 14.1 kWh lithium-ion battery with charging that can be started via the Porsche Communication Management (PCM) system or a Porsche Connect app (for smartphones and Apple Watch). Interestingly, the Panamera Turbo S E-Hybrid is fitted with auxiliary air conditioning to cool or heat the passenger compartment even during charging.

The French have a word for a car like this – bolide or meteor — and it certainly meets the description.

Part of the global media introduction in Victoria, BC, involved taking the Turbo S E-Hybrid out on the Vancouver Island Motorsport Circuit about 40 km north of Victoria on the island’s west coast.

Built into the side of a hill, the track takes advantage of the downhill elevation changes including a very tricky plunge over a blind corner braking to the left.

The idea was to follow an instruction-driven 911 Turbo at increasing pace which, I must say, demonstrated the Turbo S E-Hybrid possesses more road holding than anyone imagined from a battery toting hybrid weighing in at an unladen 2,310 kg. 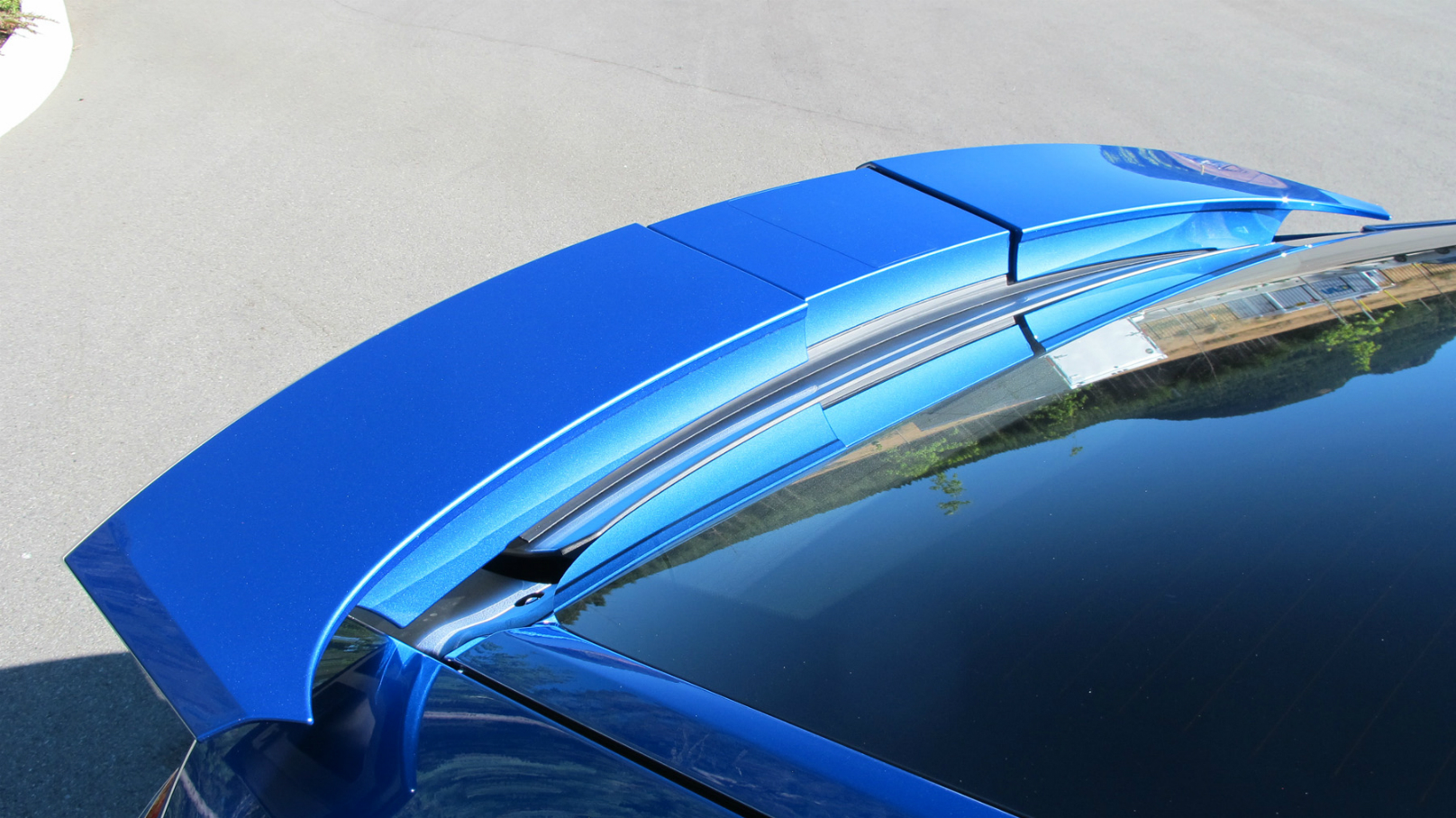 In the real world of urban/highway driving, the combination of civility and connectivity was eye-popping.

Driver selection choices included E-Power (all EV), Hybrid, Sport, Sport Plus and Individual with the flip of a switch.

The E-Hybrid defaults to all-electric at startup and my co-driver and I held it in EV to see how far we could go electrically, which turned out to be 39 km in normal urban driving rush-hour conditions before we had to switch to Sport, when taking an highway on-ramp with an indicated 7 km of battery left.

Once you come up to speed, one of the way-cool features is a four-way deployable rear deck power spoiler that increases surface area according to speed, which complements the rear diffusor to help with downforce.

Being a Porsche, signature cues remain – sort of. 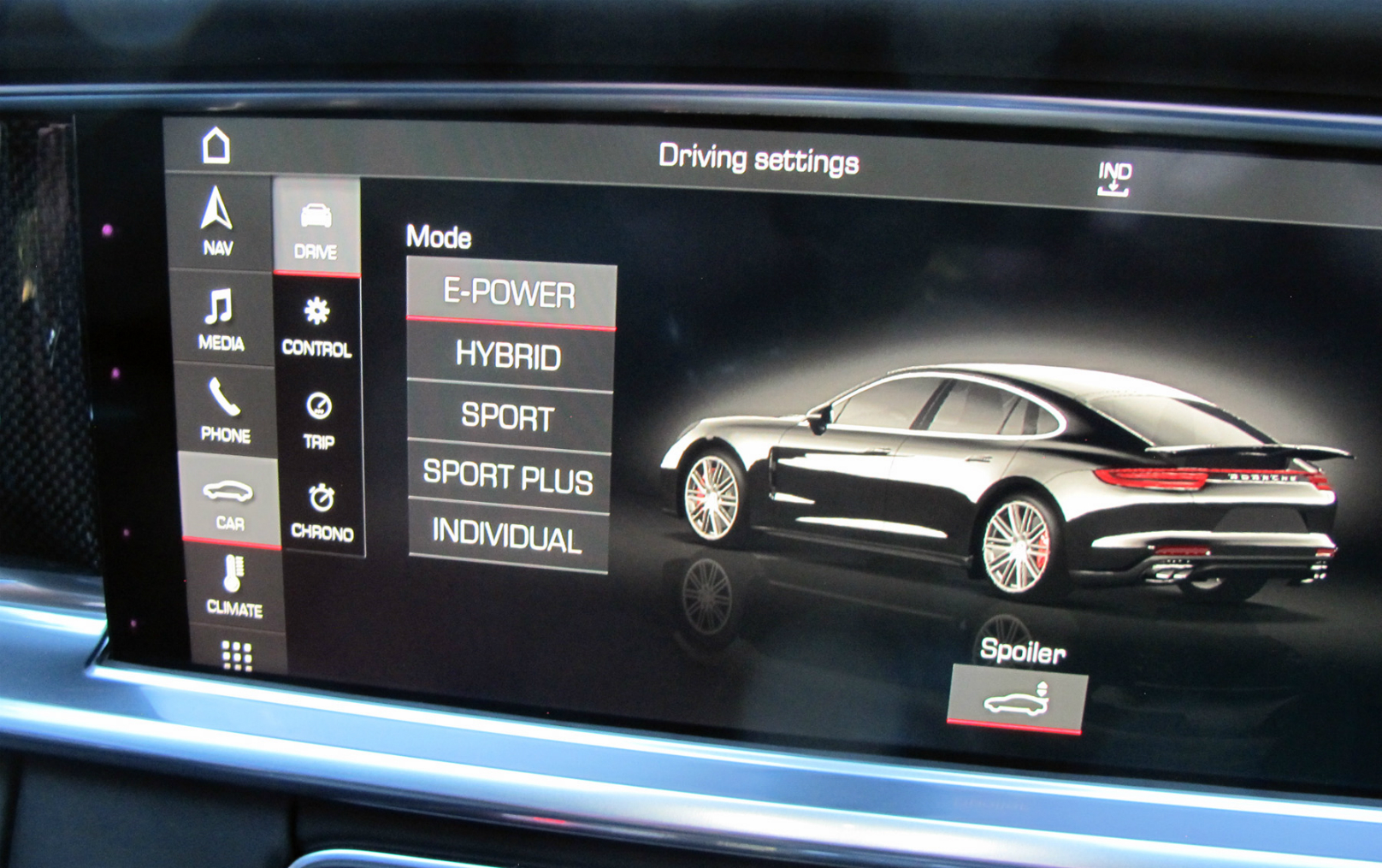 The dummy ignition tab is found to the left of the steering wheel. The classic Porsche five-pot main instrument cluster remains — with the large centre analog rev counter just where Dr. Porsche intended it to be.

But the two, secondary gauges on each side are replaced by seven-inch screens that, to me, just aren’t the same but are easier to read at a glance.

The imposing, and impressive, row of toggle switches running down the length of each side of the centre console is replaced by a black touchscreen that takes some getting used to.

As we learned at the track, the massive Porsche Ceramic Composite carbon fibre reinforced brake rotors at 420 mm front (10-piston calipers) and 410 cm (four-piston) rear were smooth in actuation with no “grab” felt. 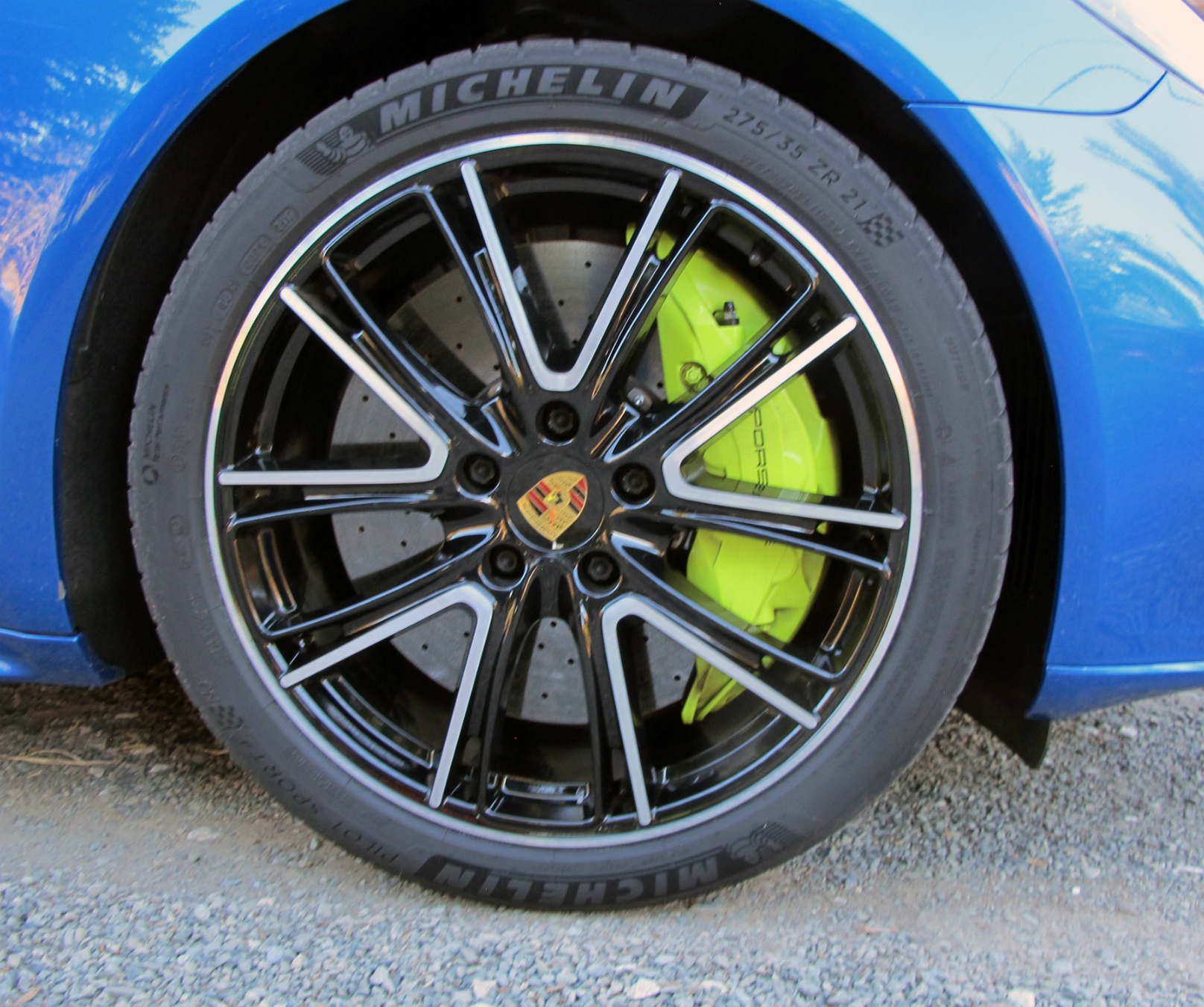 These brakes with 21-inch alloy wheels are standard as are front and rear heated seats and a 710-watt Bose sound system.

The standard three-chamber air suspension is much improved over the two-chamber system of previous Panameras.

It can lift the body 20 mm over uneven surfaces and can lower the front axel by 28 mm and the rear by 20 mm, making it closer to the ground at higher speeds.

When it arrives in the last quarter of the year it will be priced at $209,800 with the longer wheelbase Executive starting at $221,700 and that does not include a long list of options such as on-board 7.2 kw charger instead of the standard 3.6 kW unit.

In the upper regions of the auto industry, electromobility is the new mantra with Porsche showing its commitment to the EV future by just announcing it will field a team for Formula E in 2019.

It’s time for everyone to embrace an automotive future where greenhouse emissions are a thing of the past and what better way to do it than in a Porsche Panamera Turbo S E-Hybrid. 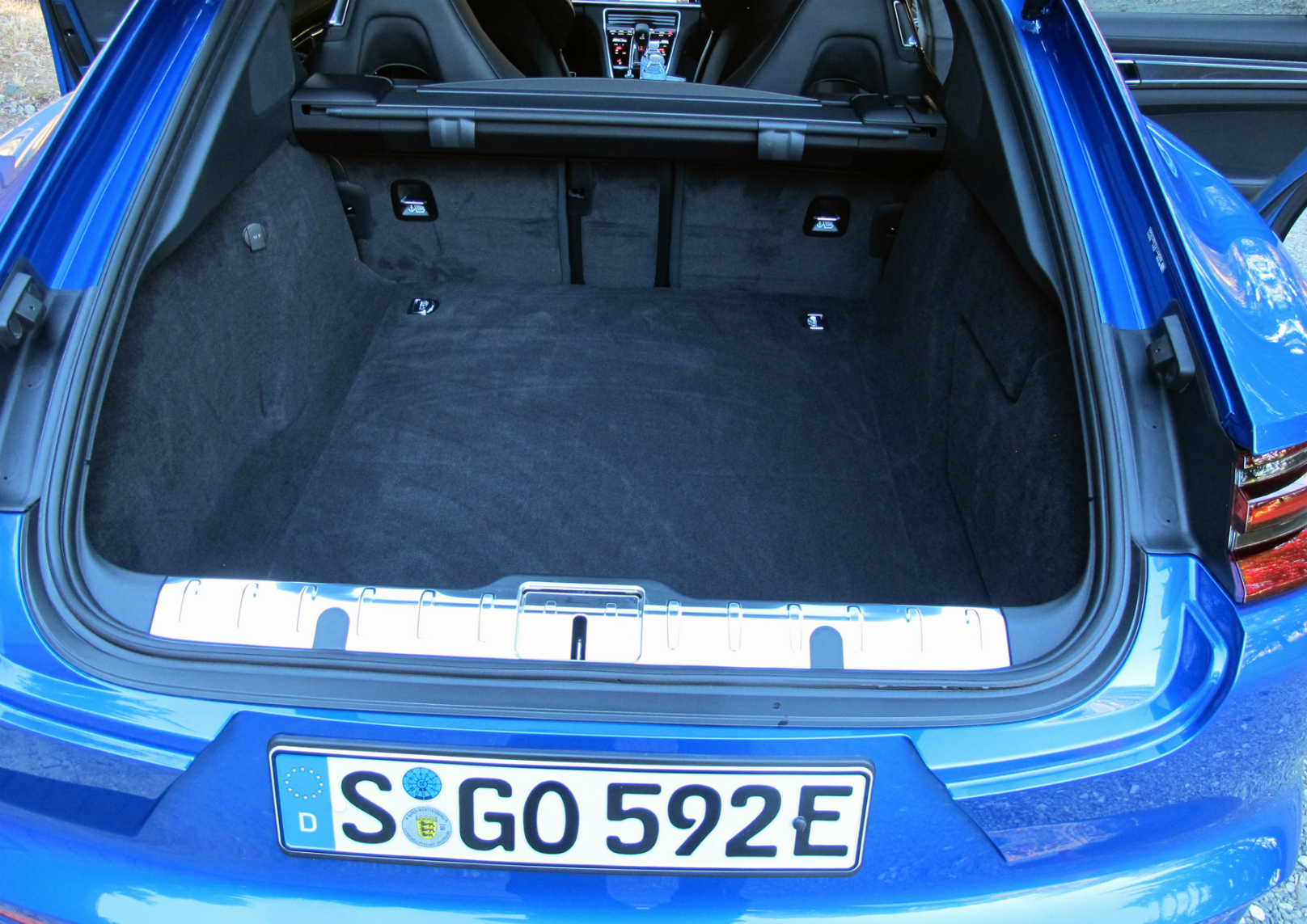