Taking a Big Cat Out to Play in the Snow

When I first picked up the Jaguar I was a bit skeptical of why Jaguar had equipped their midsized sedan with the smaller 2.0 litre turbodiesel.

I specifically booked the XF diesel to coincide with a fairly long trip I had already planned to take in mid December.

Thinking that this would give me the perfect opportunity to really test out the fuel economy of the all-new 20d engine as well as the creature comforts of this luxury sedan.

Unfortunately the weather had a different idea and it turned into more of a test of the all-wheel-drive system and how the XF would handle true Canadian winter driving. 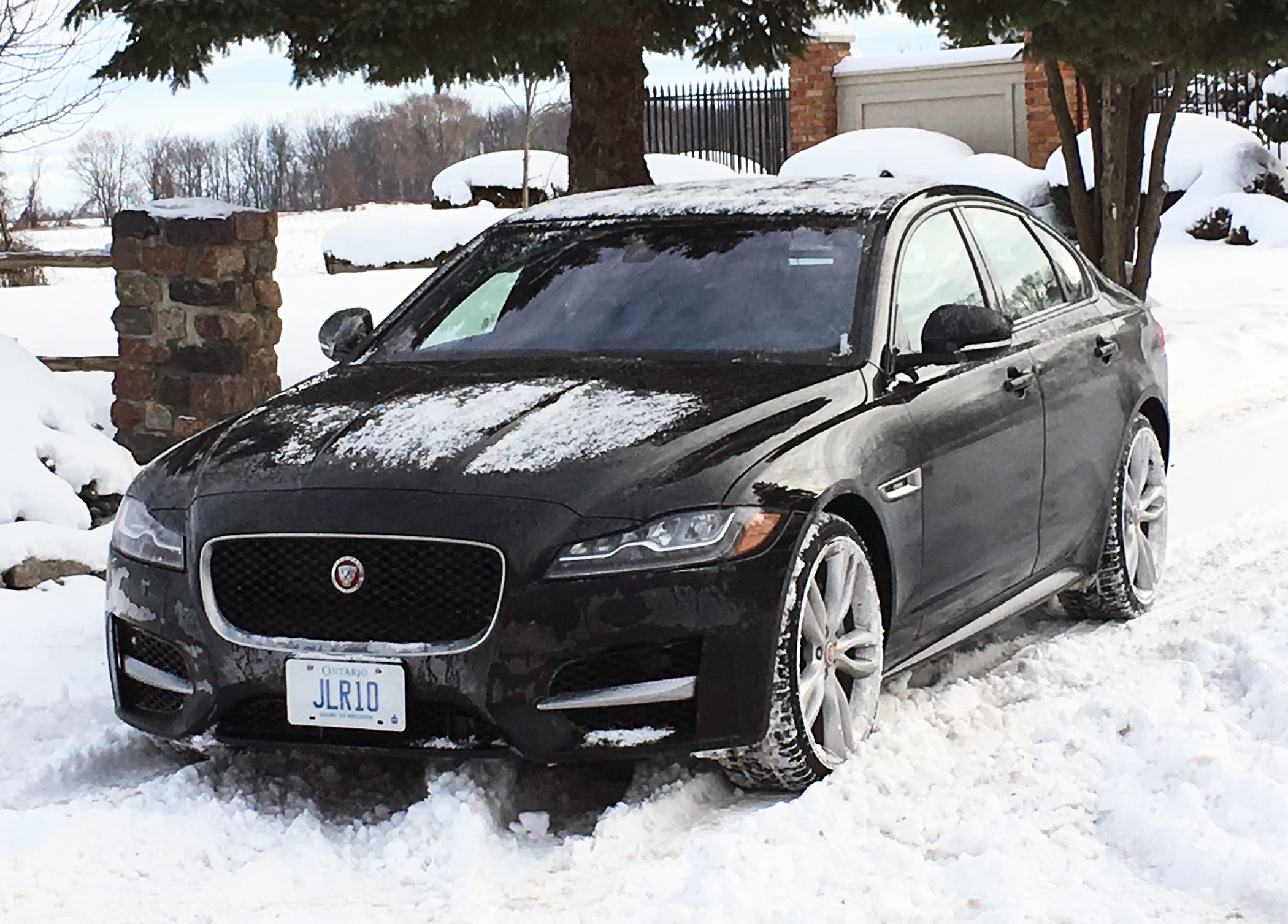 A first for XF AWD is the addition of the Adaptive Surface Response (AdSR) mode to Jaguar Drive Control.

When I first picked up the Jaguar I was a bit skeptical of why Jaguar had equipped their midsized sedan with the smaller 2.0 litre turbodiesel, but this was to prove itself more than capable on my longer drive.

The all-new Ingenium 2.0-litre turbodiesel pushes out 180 horsepower at 4,000 rpm and 318 lb/ft of torque from 1,750 to 2,500 rpm and it matched to a silky smooth eight speed automatic transmission. I was driving the R-Sport trim that was equipped with the new torque on demand all-wheel-drive system.

When first turned over, the engine does seem a little loud, not that it really is. In any other car it would be perfectly acceptable, but when surrounded by the usual Jaguar luxury and, especially when expecting the usual engine purr, made it stand out that little bit more. 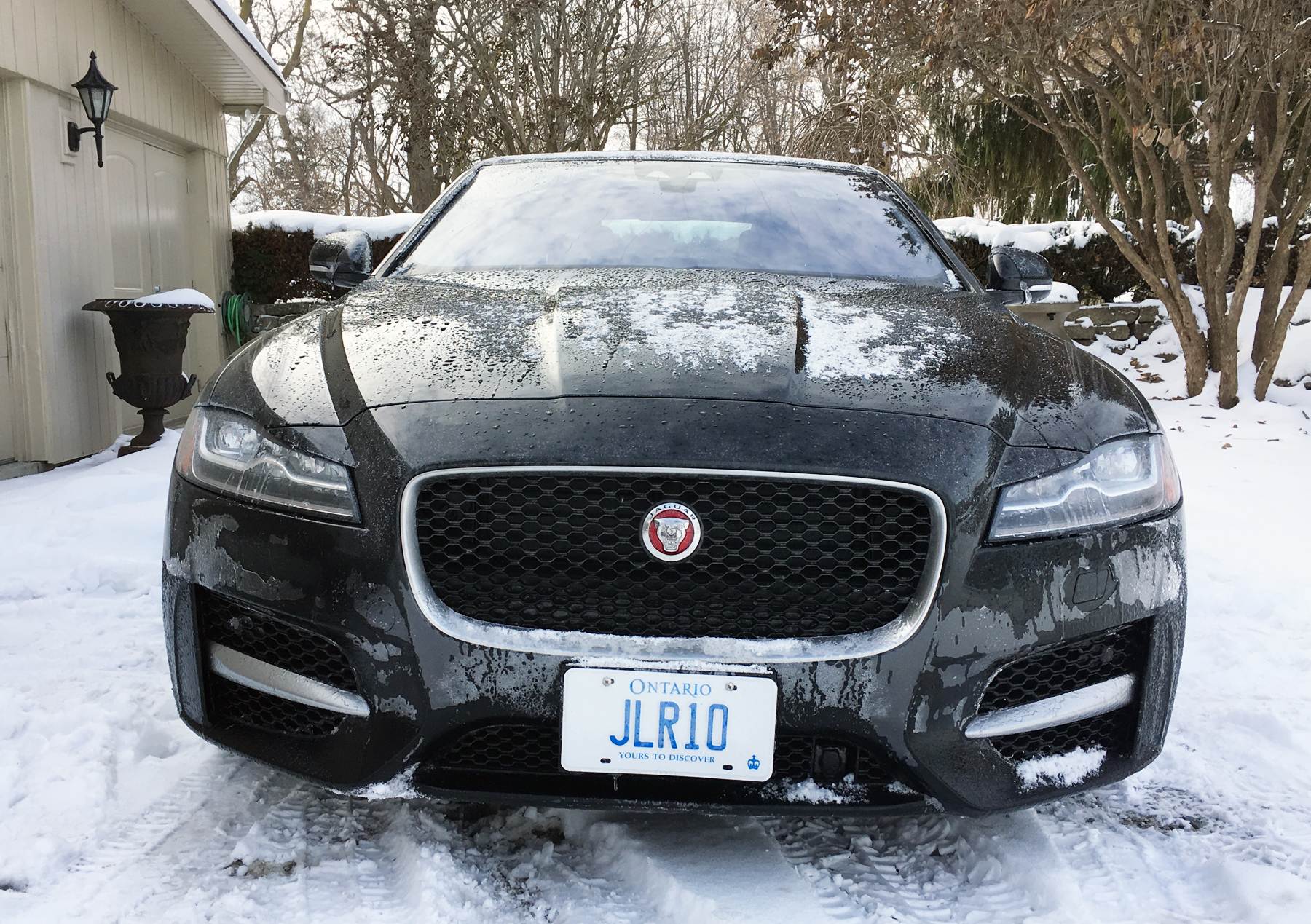 The new XF has a more vertical front end with a shorter front overhang.

The interior was gracefully liveried in black and red leather trim with the usually expected attention to detail and high-end finishes. This particular XF came equipped with the standard InControl Touch system with an eight-inch touchscreen controlled by Jaguar’s new user interface.

The engine noise remained noticeable for the first little while when driving around town, but I became accustomed to it really quickly as it was never really intrusive enough to annoy me in the first place.

The engine pick up surprised me with acceleration faster than I had anticipated from the small 2.0-litre diesel engine.

Also Read: Benz E-Class respects the past while speeding into the future 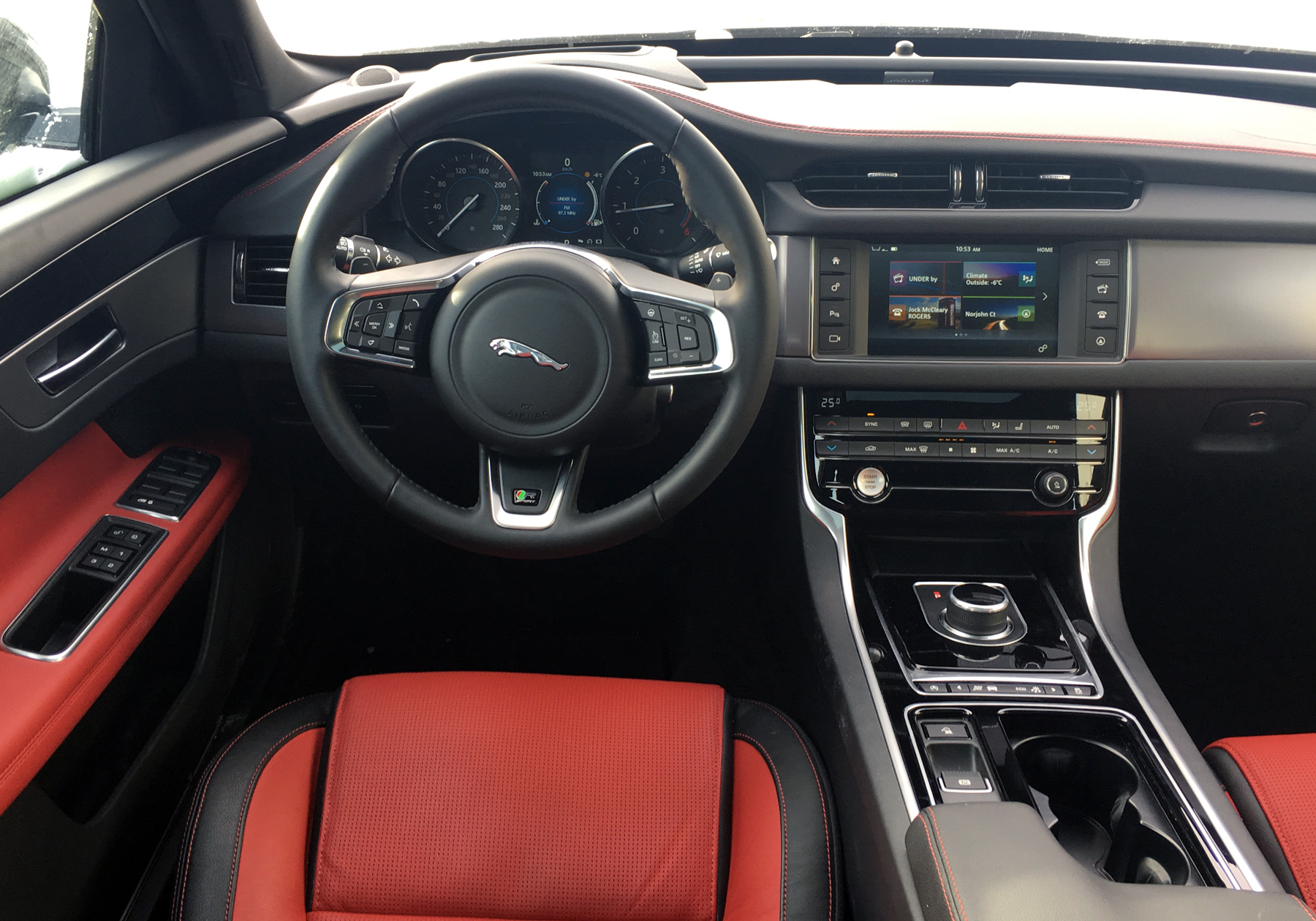 The interior was gracefully liveried in black and red leather trim with the usually expected attention to detail and high end finishes.

Gear changes were as smooth as you would expect from a vehicle of this calibre. One thing I did notice was that the transmission is set up more for economy than performance.

When cruising around at city speeds the transmission tended to stay in the higher gear keeping the revs as low as possible, but if power was needed gearing down was crisp and instantaneous as if it had already anticipated the gear change before it was needed.

On the afternoon I was to drive to the Windsor area, a huge winter storm had settled in over southern Ontario. 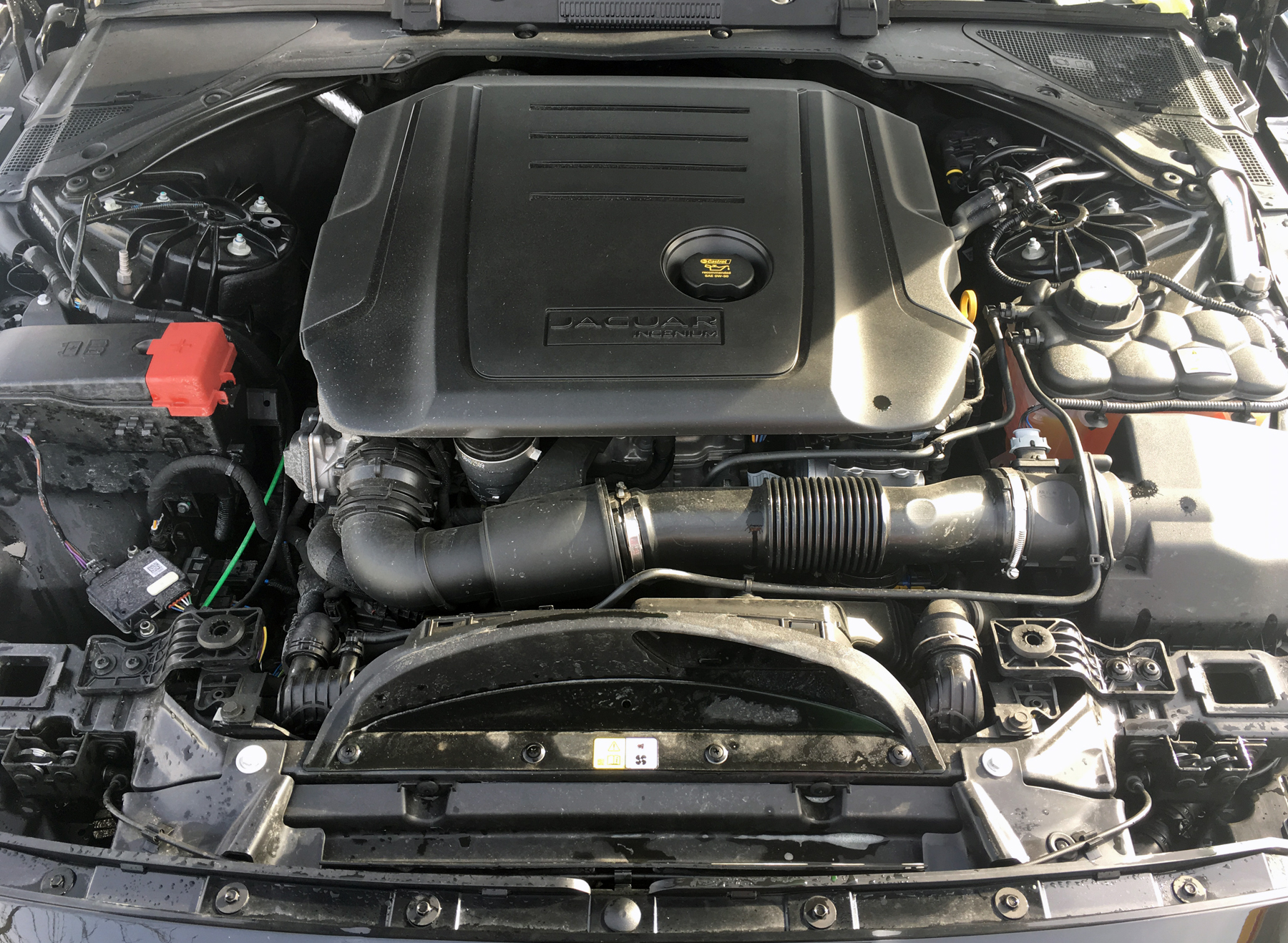 The all-new 2.0-litre Ingenium in-line four-cylinder turbodiesel is one of the first diesel engines to be equipped with VVT.

This drive along the 401 highway is usually treacherous during winter storms and normally I would avoid driving on it at all cost. Luckily for me the Jaguar had recently been fitted with Pirelli low profile winter tires, which would take some of the anxiety out of the trip.

When I set off the snow was coming down heavily and most of the local roads had not yet been cleared, although the snow was up to 10cm in some places the XF handled it with ease with very little slippage at all.

The highway had already been cleared, but was starting to cover over again and the wind was picking up. I was passed a few times by the usual over zealous SUV and truck driver that threw torrents of icy water over the windscreen that the wipers handled easily, clearing my view immediately. 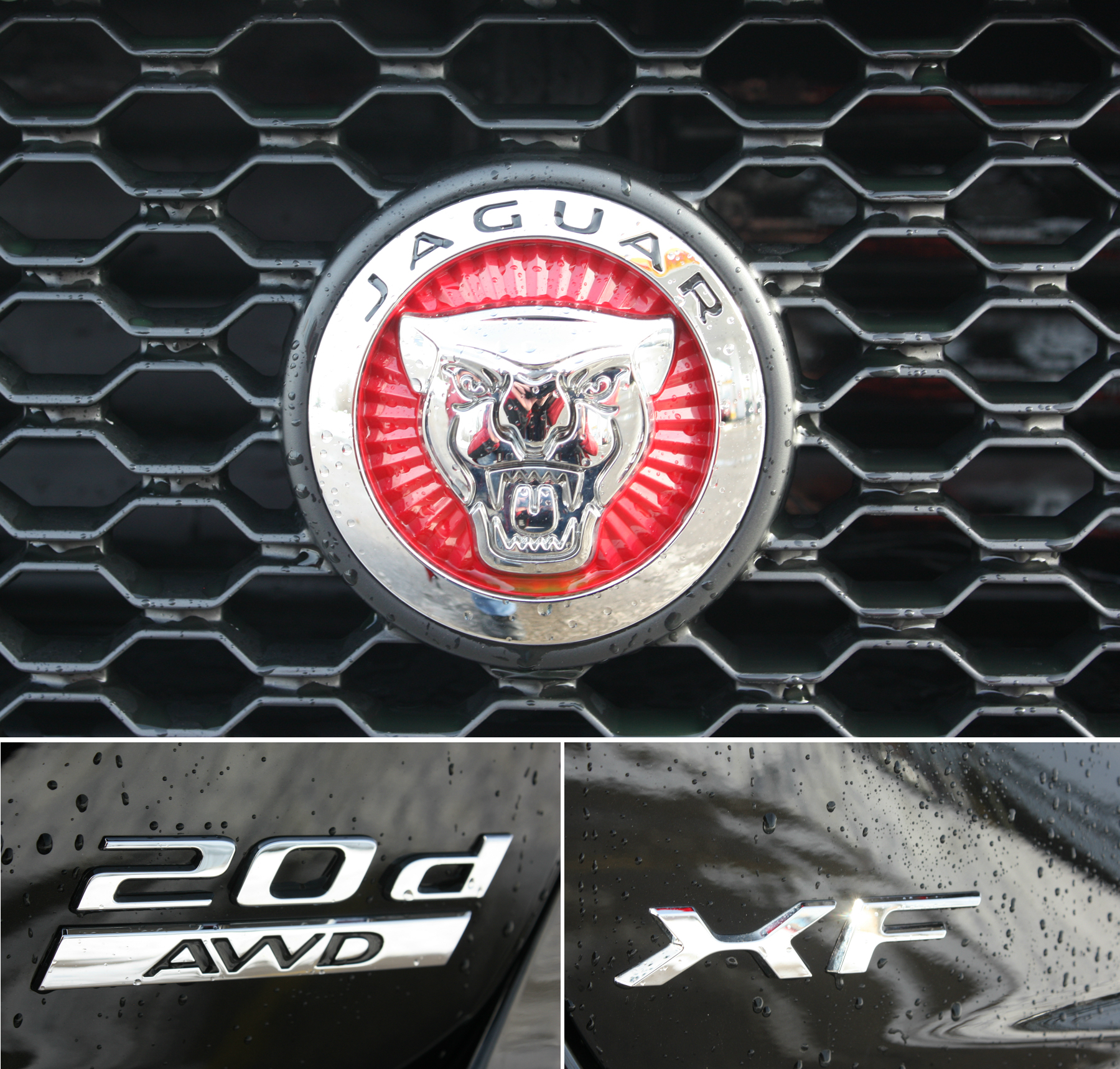 Even with the wind and snow blowing across the highway the Jag stayed within the lines without a problem, I did see other vans and SUV’s having more difficulty with the cross wind than I was. In places where snow was starting to accumulate the AWD system handled it in stride.

The AWD system, under normal driving conditions, pushes all of the engine’s power to the rear wheels, but when needed, can push power to the front wheels by use a multi-plate wet clutch. During my time driving on semi-snow covered roads this mechanical marvel was seamless and totally unnoticeable to me.

The optional heads up display was my best friend throughout the drive. Being able to keep my eyes squarely on the road ahead and being aware of my speed & where I was going during such bad conditions was a must, not so much for the weather conditions, but more for the craziness of other road users. 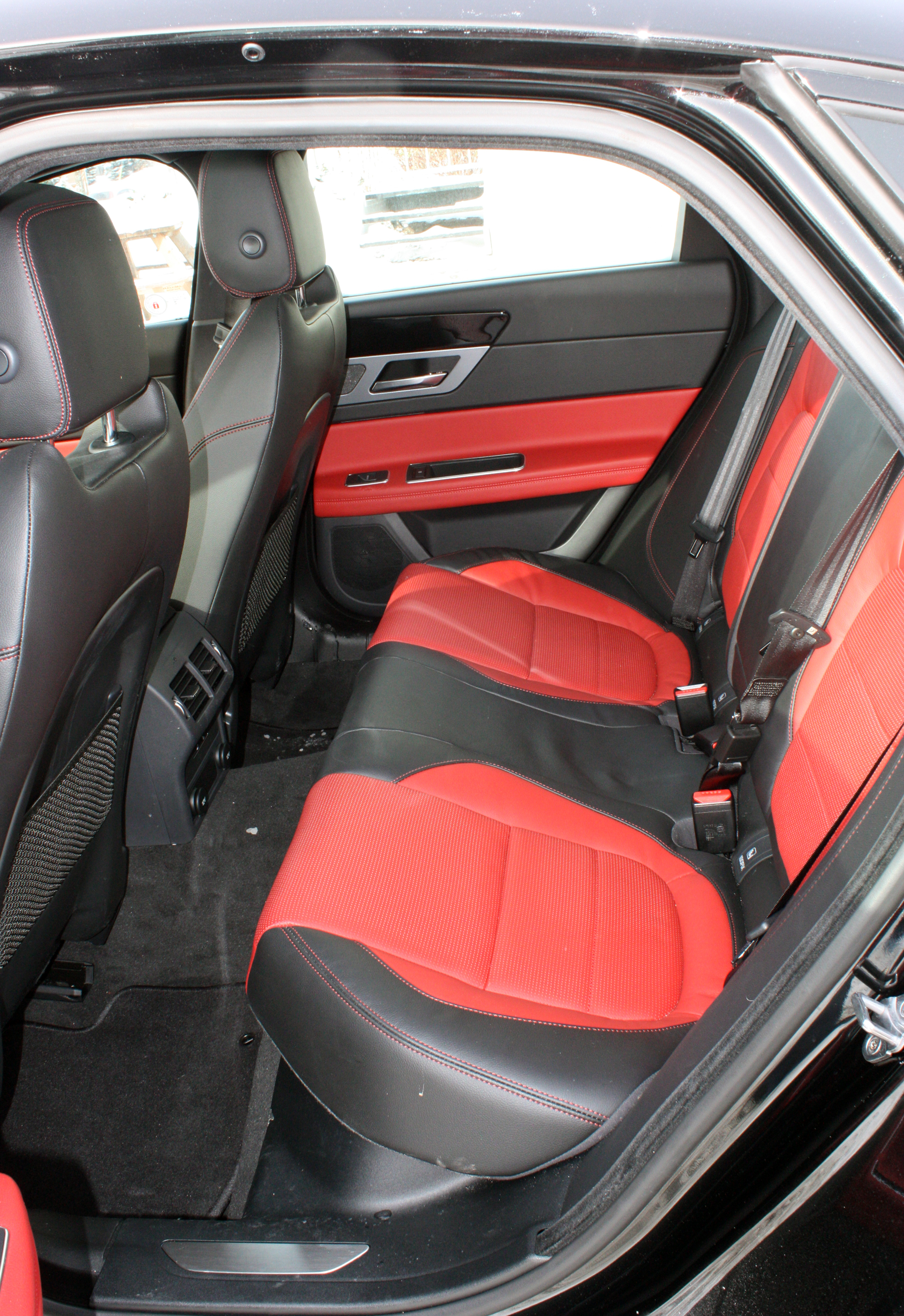 The rear seats while still tight offer plenty of comfort and refinement. 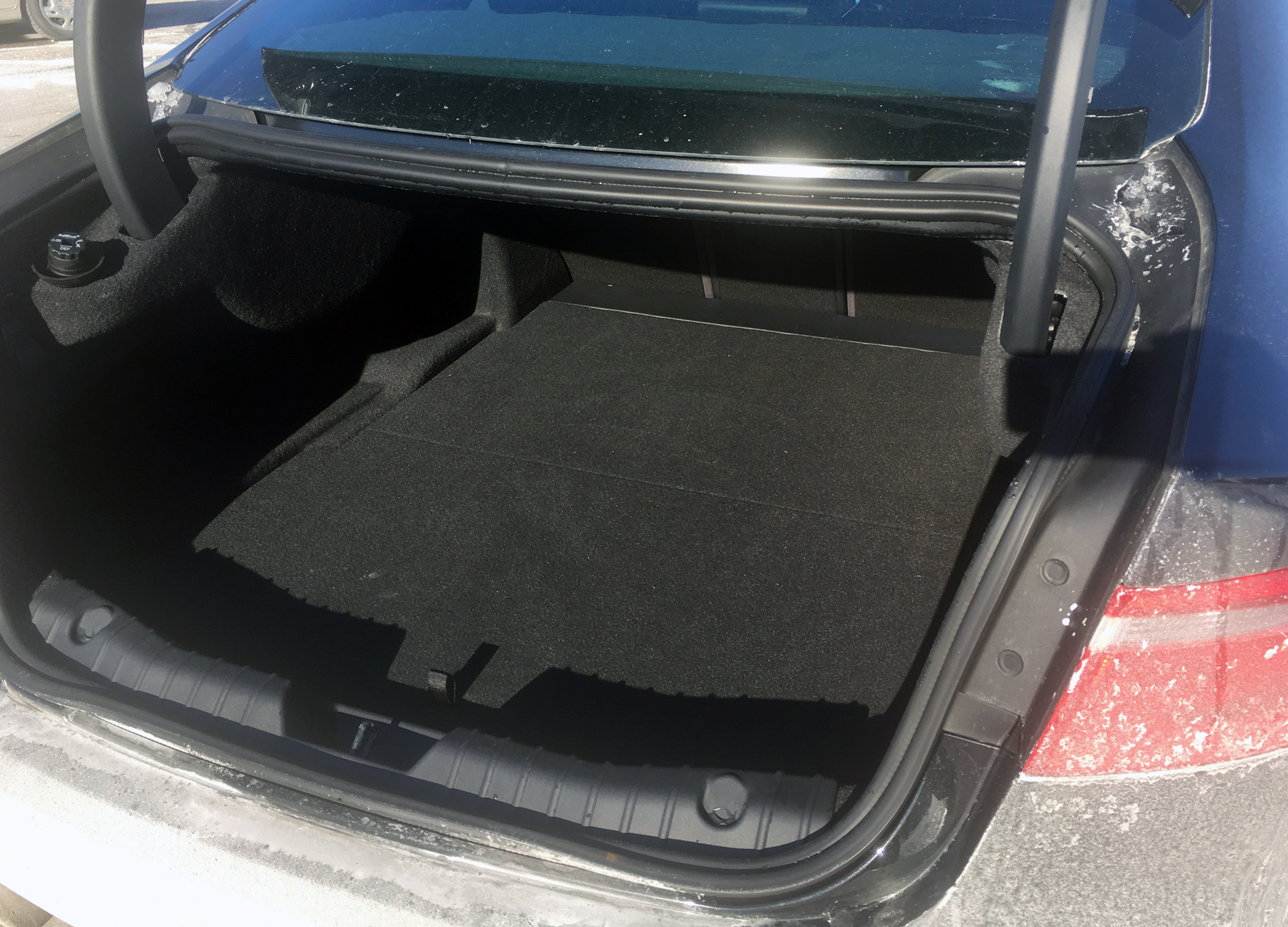 The XF trunk is huge for a midsize sedan

On the return journey a few days later I was afforded the luxury of clear and dry roads and this is where the XF really came into it’s own.

The road and wind noise were nearly non-existent at speed and when cruising along at 100km it was very difficult to tell that I was actually in a car being propelled by a diesel engine.

I think that this journey proved that Jaguar has made a good decision in bringing the diesel to Canada and that the car is more than capable of handling anything that the Canadian winter can throw at it. 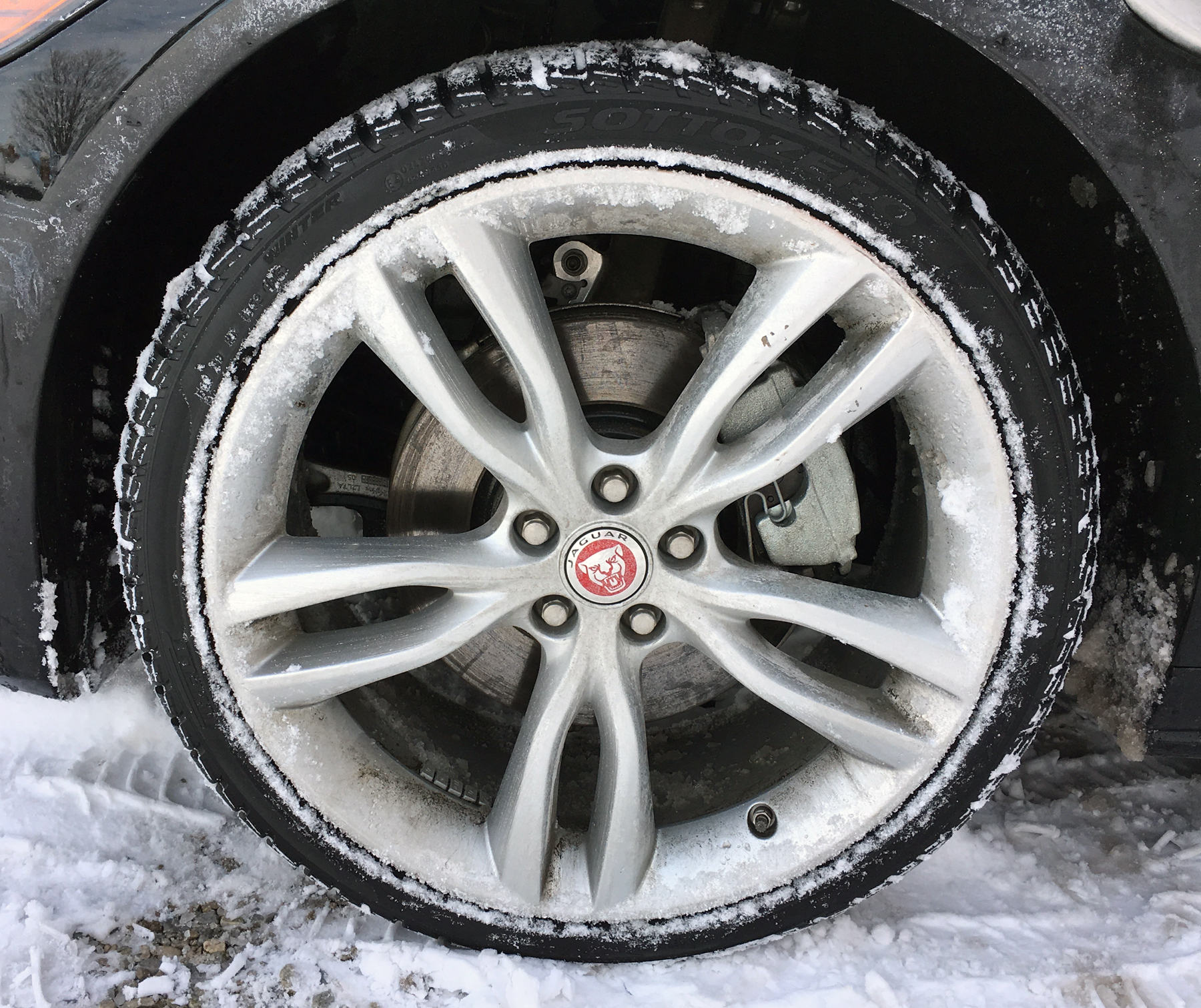