The Tacoma is still a body on frame “real” truck with all the longevity and durability that implies, the TRD-Pro off-road package is coming early next year.

BLUE MOUNTAIN, ON: Already available on the Toyota Tundra, the very popular TRD-Pro off-road package is coming early next year on the 2017 Toyota Tacoma.

The Tacoma is an intermediate pickup and, because of the shorter wheelbase than a full-size pickup, it gets through tighter spaces — greatly increasing its appeal.

But like the Tundra, the Tacoma is still a body on frame “real” truck with all the longevity and durability that implies. 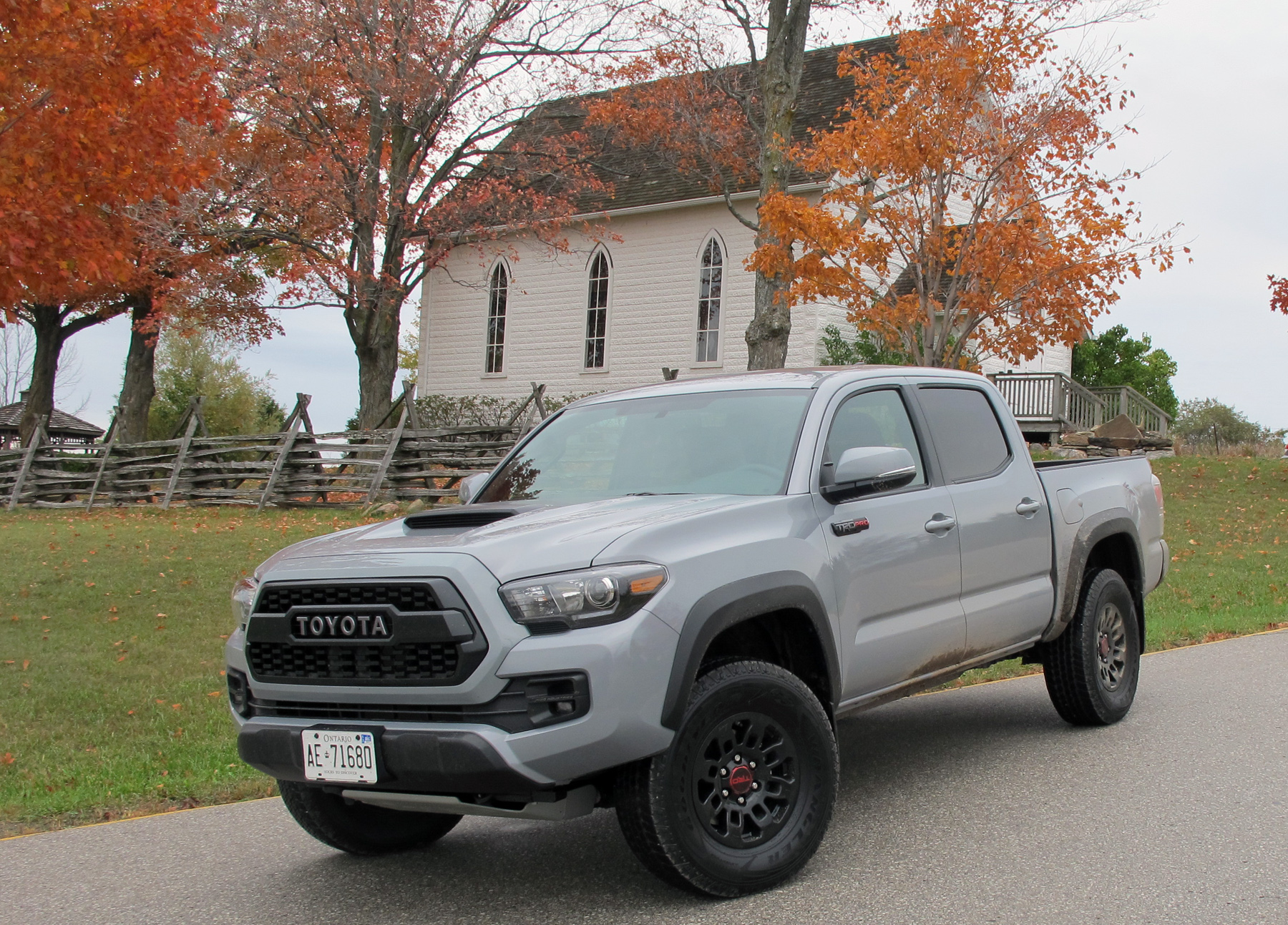 The Toyota Tacoma is being offered for the first time with a TRD-Pro off-road package for 2017.

With on-demand four-wheel-drive, there is a choice between a standard six-speed manual or six-speed automatic transmission with manual gear mode with transfer case and automatic locking rear differential and Toyota’s Active Traction Control. 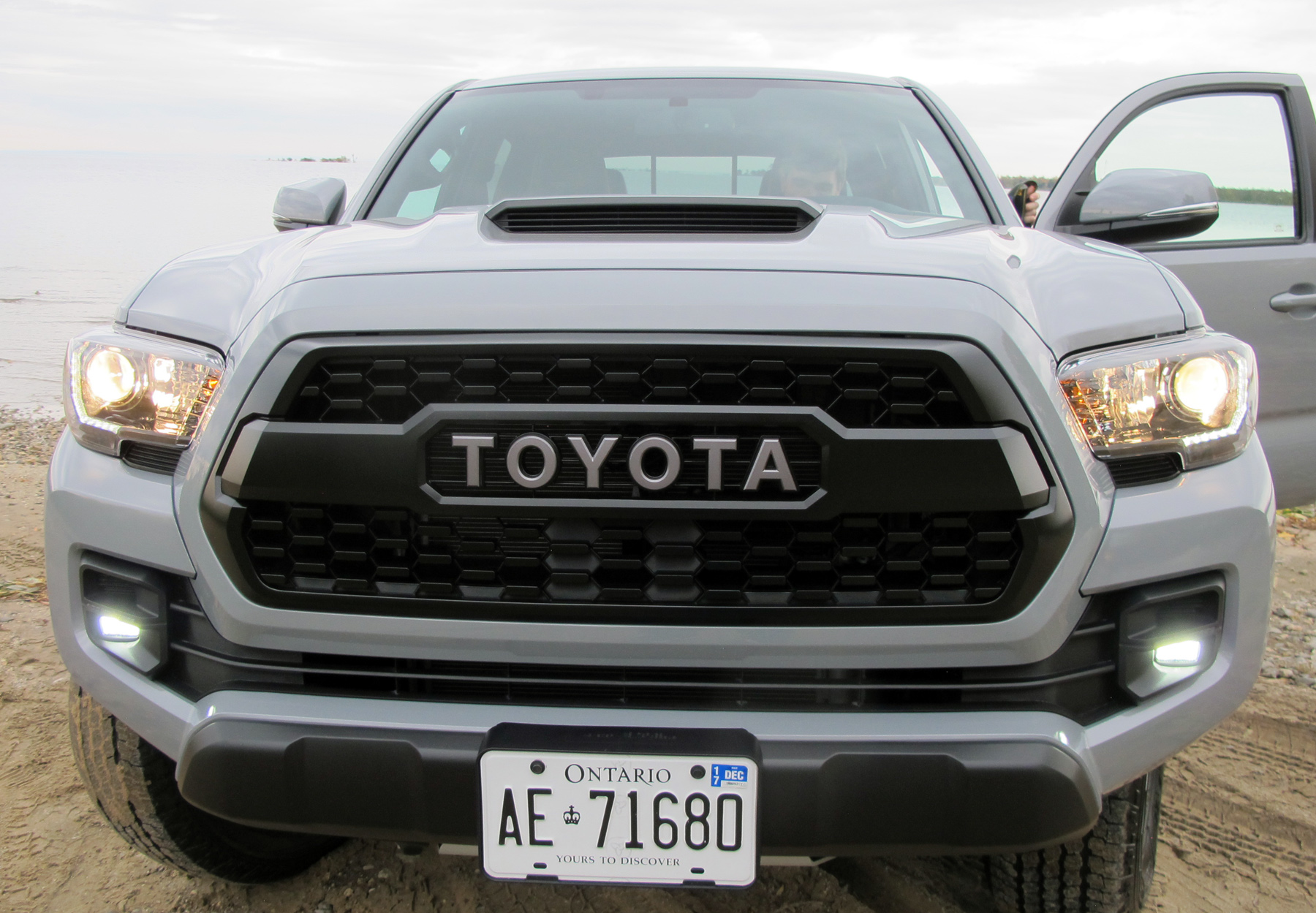 The fascia on the Tacoma TRD-Pro is dominated by a heritage “TOYOTA” front grille.

The bed is equipped with an integrated 400w/120v power outlet, cargo bed cleats and tie-downs plus Toyota’s easy lift and lower, locking and removable tailgate.

TRD stands for Toyota Racing Development whose engineers have learned a lot over the years from competing in the Baja 1000. Much of this has found its way into the Tacoma TRD-Pro.

Also Read: TRD Pro is the fifth model in the 4Runner lineup 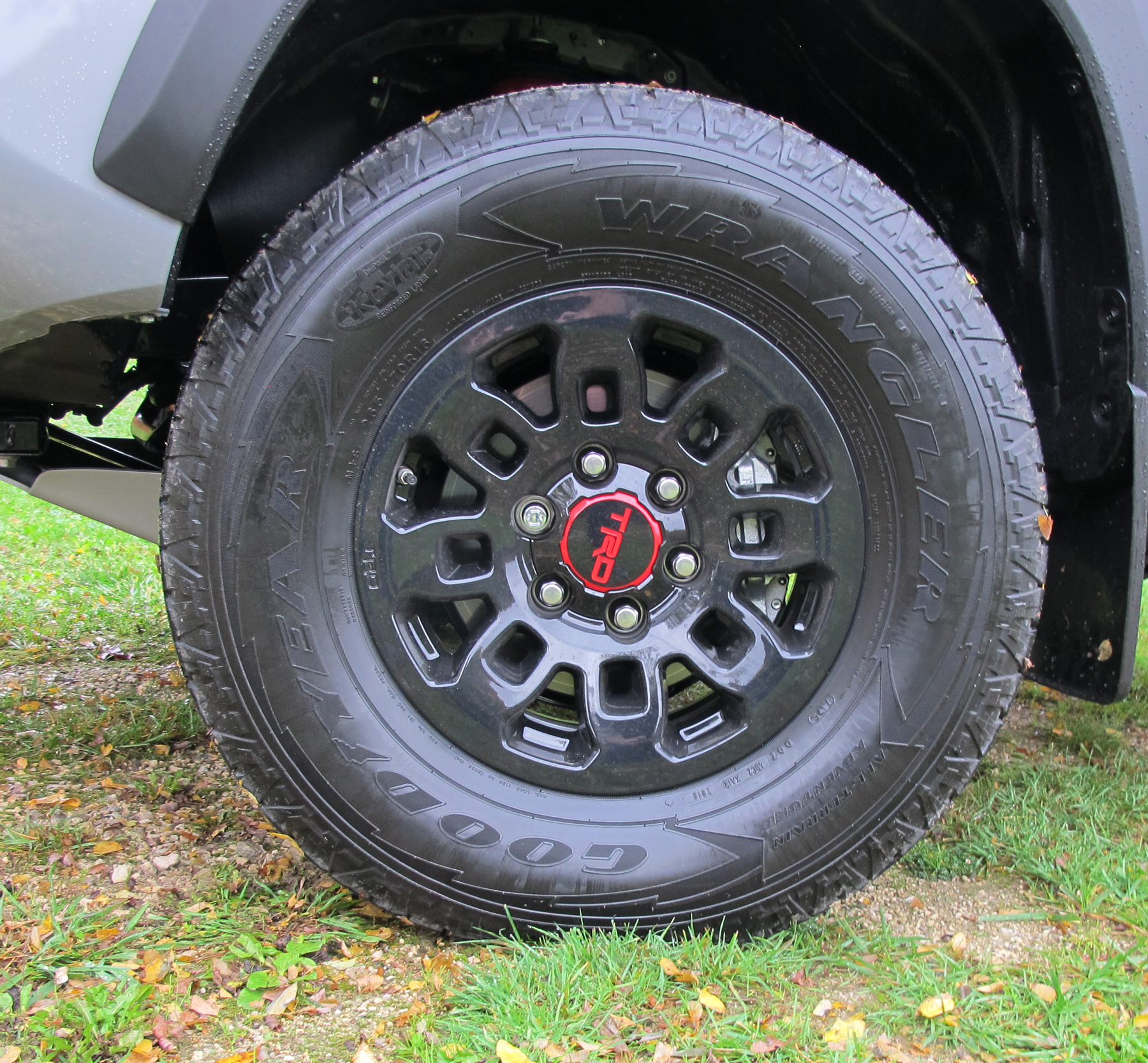 To this is added the TRD-tuned front coil springs with Fox Racing Shocks (with a one-inch lift and progressive-rate rear leaf springs) and a TRD Pro quarter-inch aluminum skid plate.

A nice touch is a tuned exhaust system that adds a “growl” to the package.

There are only three color choice – white, red and an all new hue, Cement Grey. 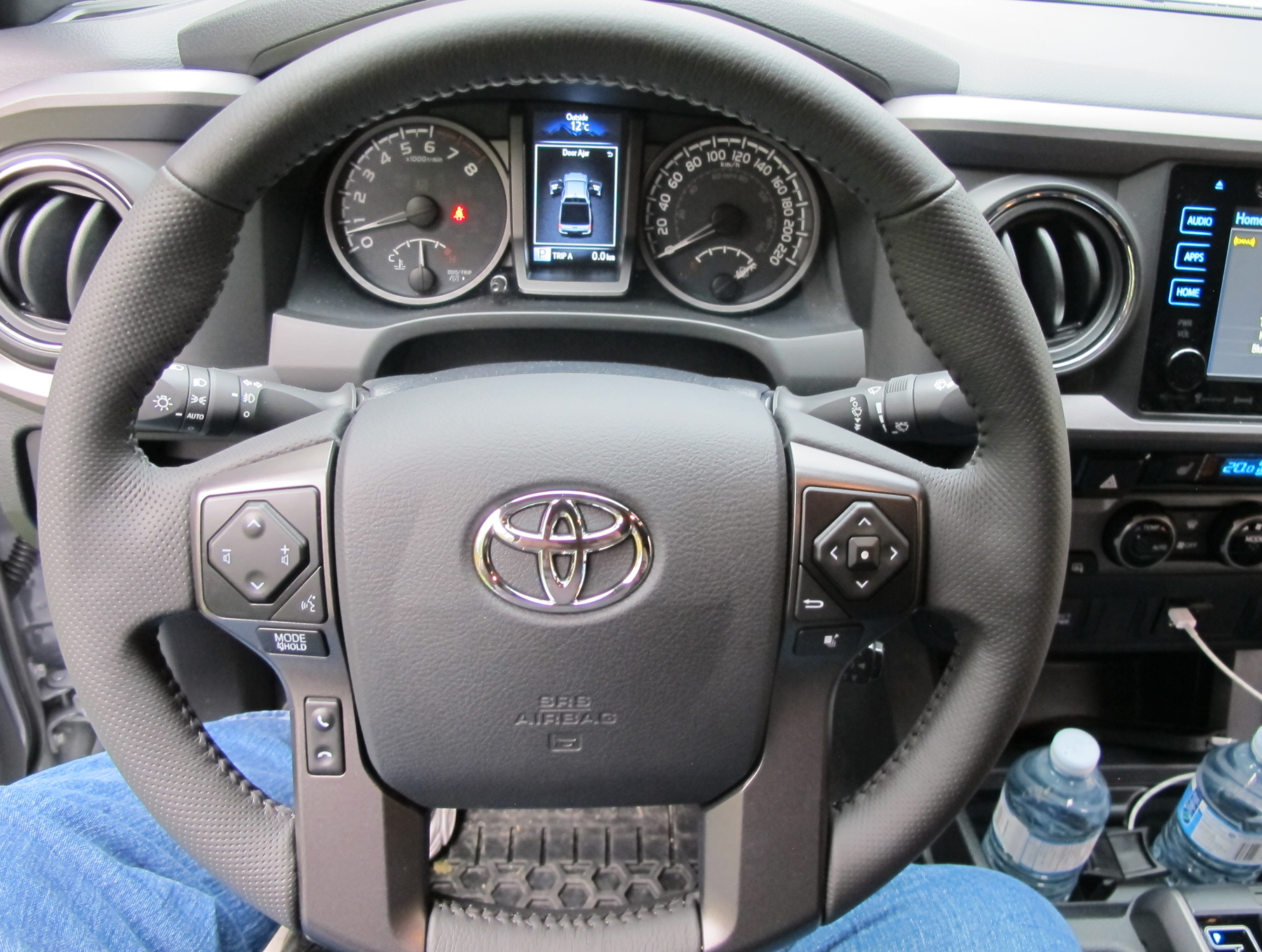 The interior of the 2017 Toyota Tacoma TRD-Pro is straight forward with legible and easy-to-see instrumentation.

On the inside, special TRD-Pro trim is used liberally, while this model is the first in its segment to be equipped with a standard Go-Pro mount so drivers can record their off-road adventures.

I drove the automatic that started with a nice “brap” from the tuned exhaust.

Because it was just about to start raining, my co-driver and I headed down to a spot I know near our Blue Mountain hotel with access to a beach with a mix of sand and pebbles. 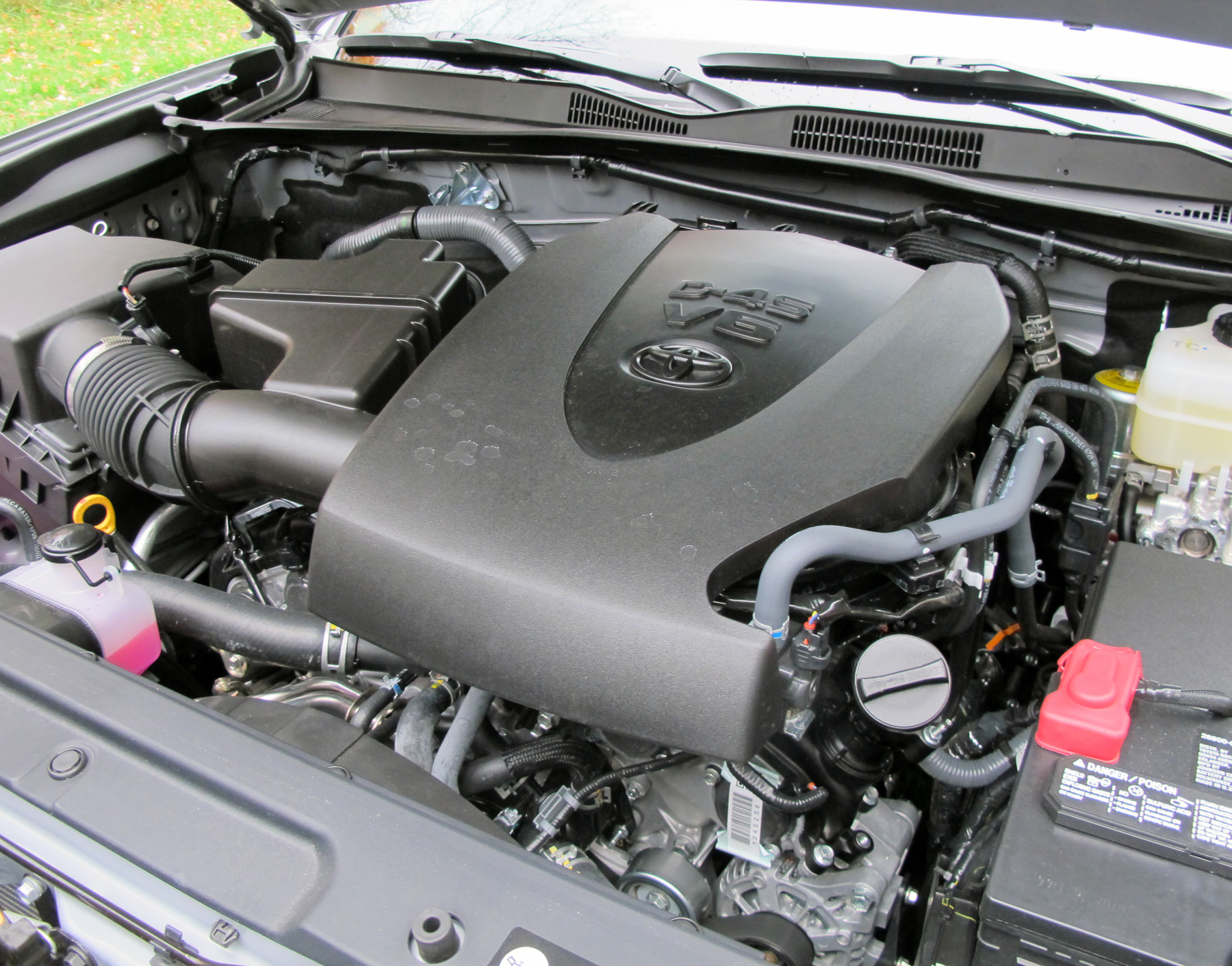 Power comes from a 3.5-litre DOHC V6 with 278 hp and 275 lb/ft of torque with on-demand four-wheel-drive and a choice of a six-speed manual or six-speed automatic transmission.

Venturing too close to the sand and water can be tricky for most vehicles because they might sink, but the big Kevlar Goodyear tires were more than up to the task and great photos were the result.

From there we headed primarily south towards Caledon, where Toyota had set up an off-road track.

On highway curves I found there was more body roll than I expected, but it was on a number of forested lanes where the climbing power at low speeds was lacking partially because the TRD-Pro weighs in at a hefty 1,975 kg (4,355 lb).

My co-driver felt 50-100 hp more turbo was the answer, but that would, in my opinion, be counter productive because of the higher fuel consumption and need for premium fuel. 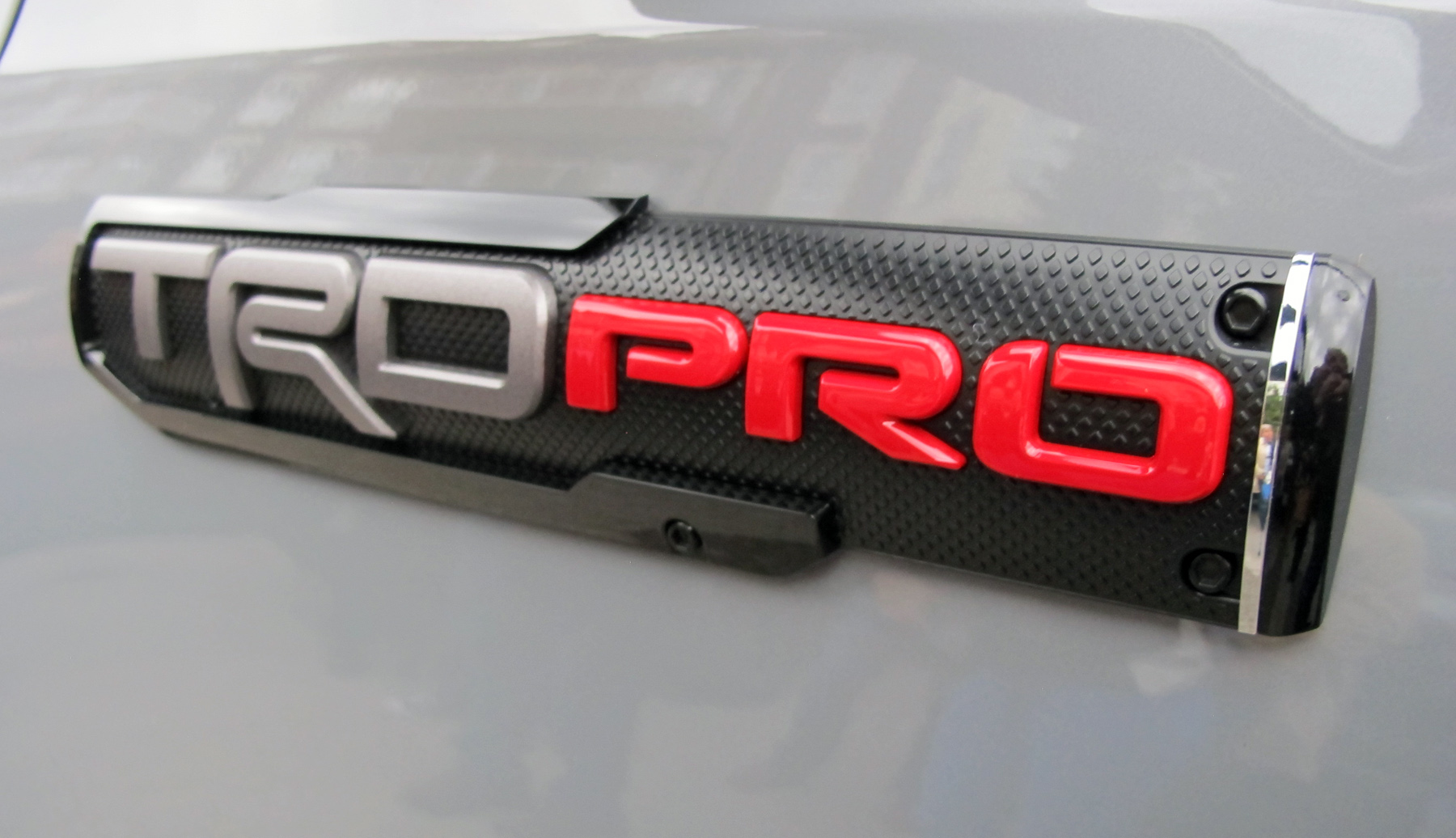 But that was in rear-wheel-drive not the four-wheel used at the off-road track, where in increasing rain and clay-packed mud, the autowriters there had a field day roaring around with great abandon.

Driving back, we took the quick route up mostly straight Airport Road to the hotel in Blue Mountain.

This is where trucks like the TRD-Pro will spend most of their lives.

I found it didn’t drive as harshly as one might initially expect, but more like the intermediate pickup it is supposed to be rather than a full-blooded off-roader. 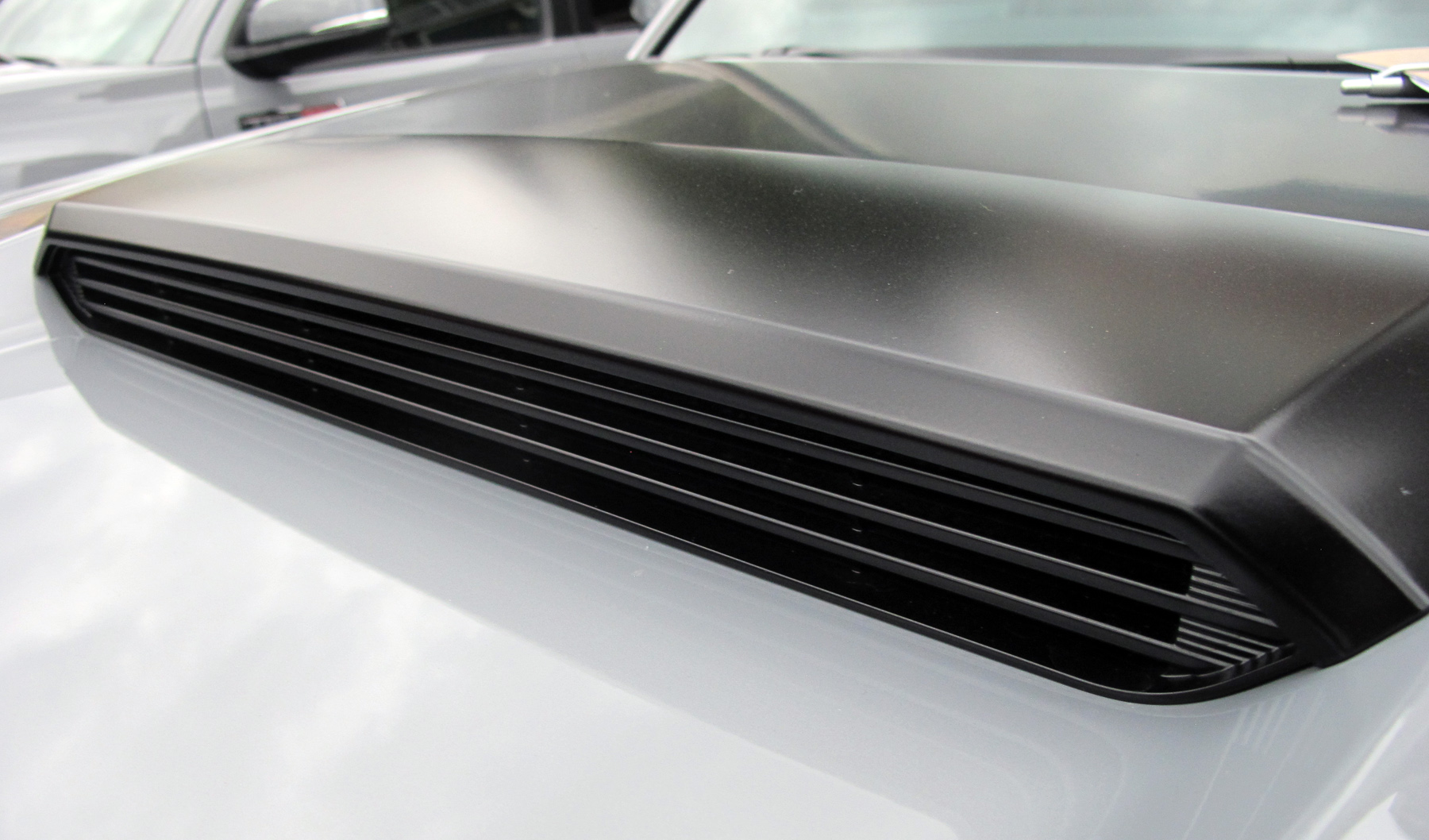 The cabin is nicely laid out. The front seats have limited aft travel, but that results in an adequate 828 mm (58.9 in) of legroom for those in the back.

With a more than usable towing and payload rating and the ability to get into and out of places where a normal pickups couldn’t go plus the off-road fun capability, the 2017 Toyota Tacoma TRD-Pro offers the best of both worlds. 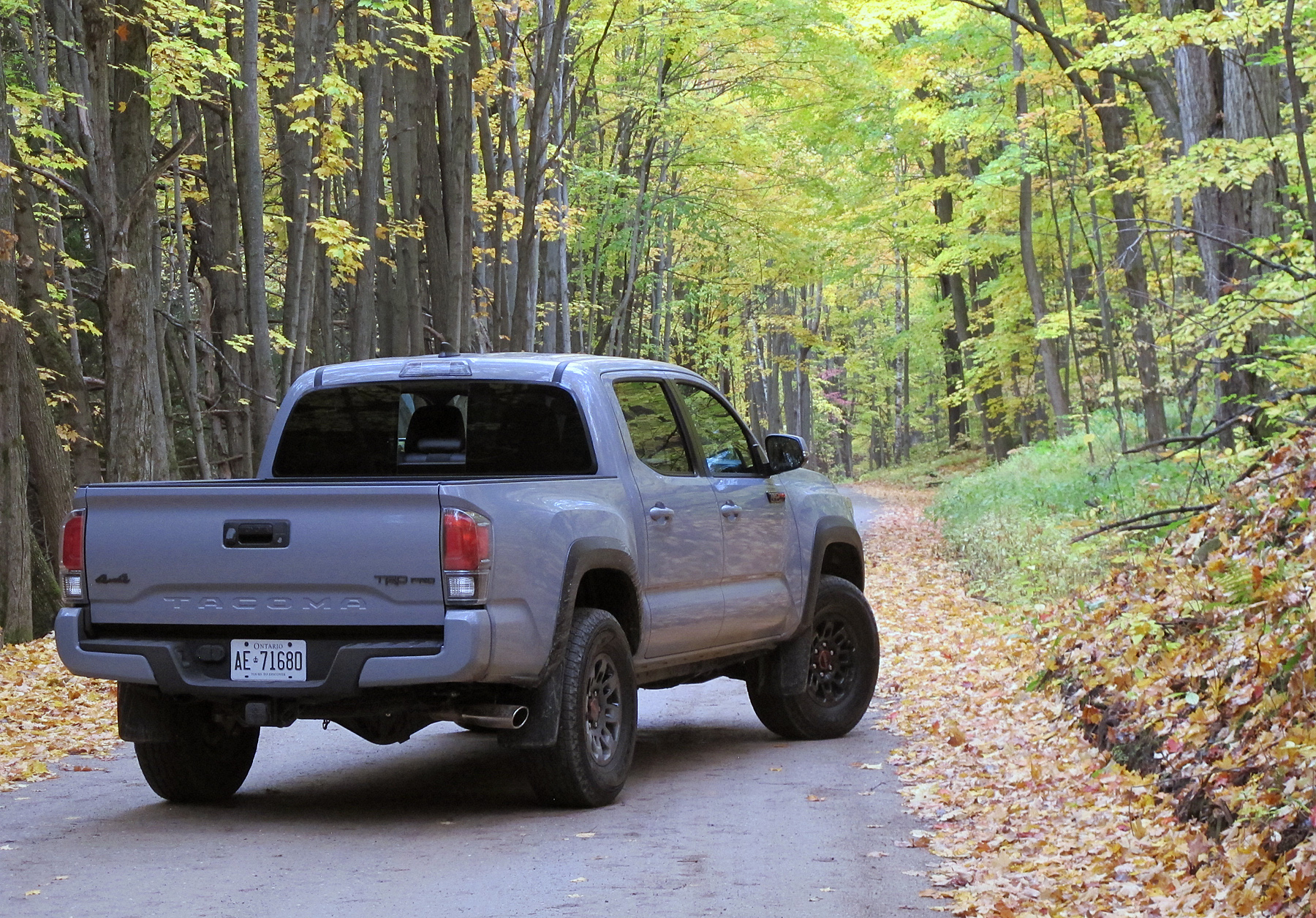