Marching to the beat of your own drum isn’t easy because you have to lead rather than just follow.

But the benefit for Subaru has been a non-conformist identity that pervades the product line, reflected in early adoption of CVT and turbo technologies and a dedication to the low centre of gravity, sure-footed performance aspects of all-wheel drive and boxer engine architecture.

You could argue that Subaru created the crossover niche with the expedient customization of a station wagon – the Outback – and then reinforced it with the ’98 intro of a dedicated CUV – the Forester.

Now in its fourth generation, the Forester’s mid-cycle makeover for 2017 boosts design, comfort and safety levels with technology upgrades.

There are plenty of trim choices but the Forester comes in two basic configurations – the 2.5i starting with a naturally-aspirated 170 hp 2.5-litre engine or the 2.0XT featuring a smaller but more powerful 250 hp 2.0-litre turbocharged motor.

Let’s look at each. 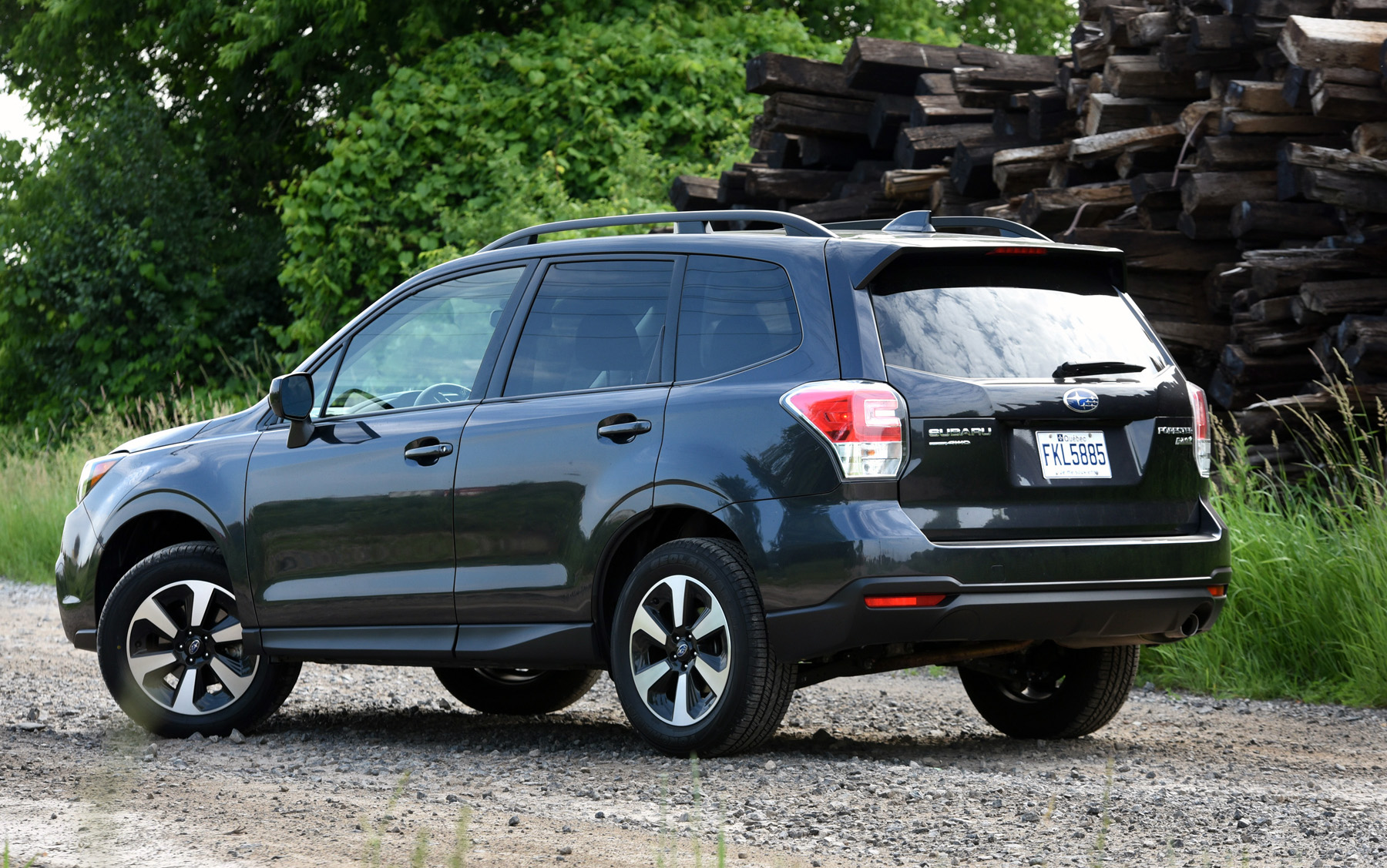 The 2.5i model lineup ($25,995 – $37,295) ranges through base, Convenience, Touring and Limited trim levels. Our first mid-level Touring tester comes with the standard six-speed manual, increasingly rare in today’s CUVs.

Shifting feels a little vague at first until you get used to the gates but the manual is a good way to make the most of a serviceable but slightly anemic base engine. 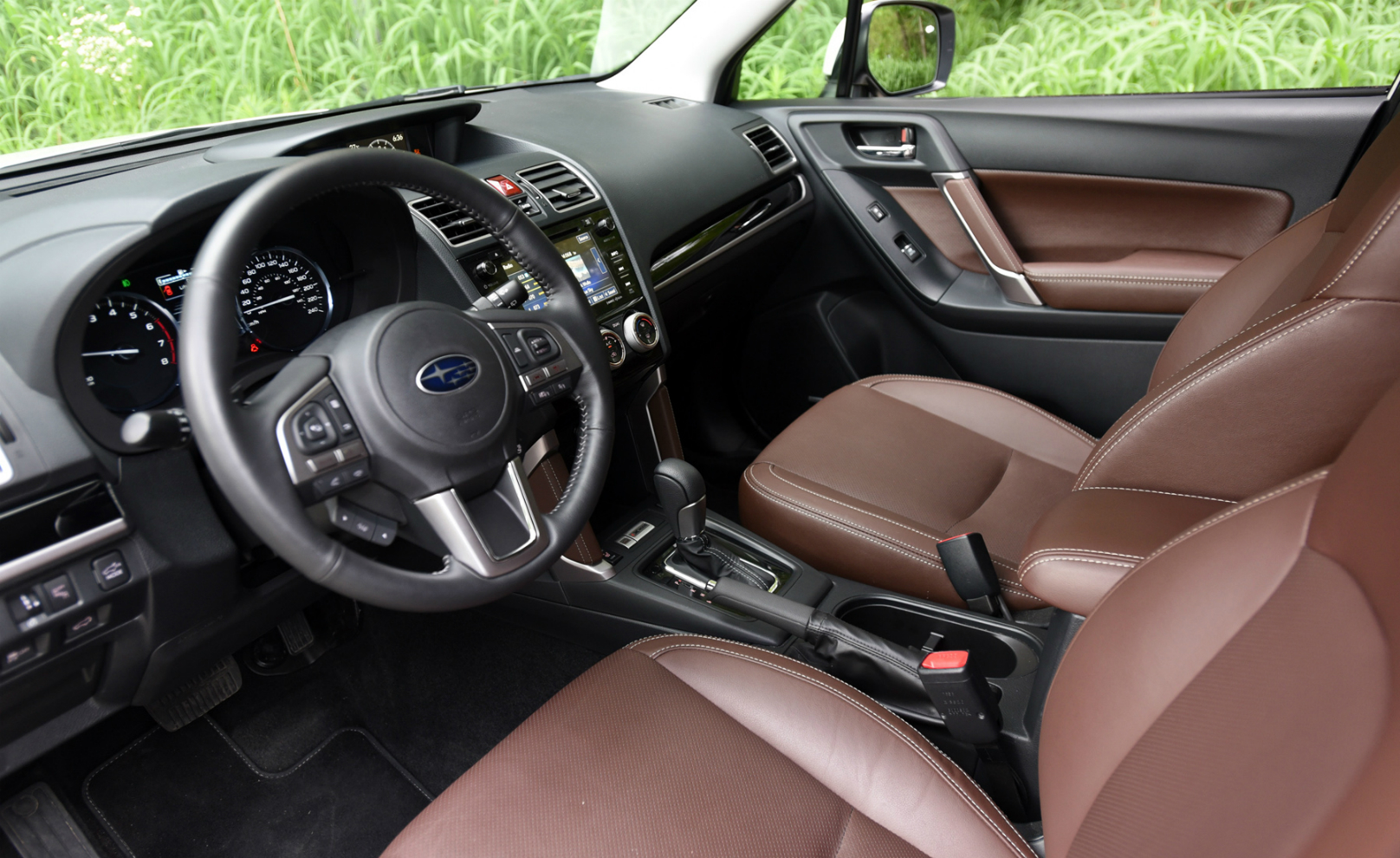 I’m always surprised by the roominess of the Forester’s compact-sized cabin. I actually had to move the seat forward to work the clutch properly.

There’s big-windowed great visibility and plenty of headroom, even with the extra large sunroof. Back seat passengers will not be cramped and there’s ample cargo room (892 litres, 1,940 litres with second row folded).

There are trim-specific adjustments across the Forester lineup for 2017 and our 2.5i Touring Tester adds Subaru Rear/Side Vehicle Detection (SRVD), new wheels and new illuminated vanity mirrors. 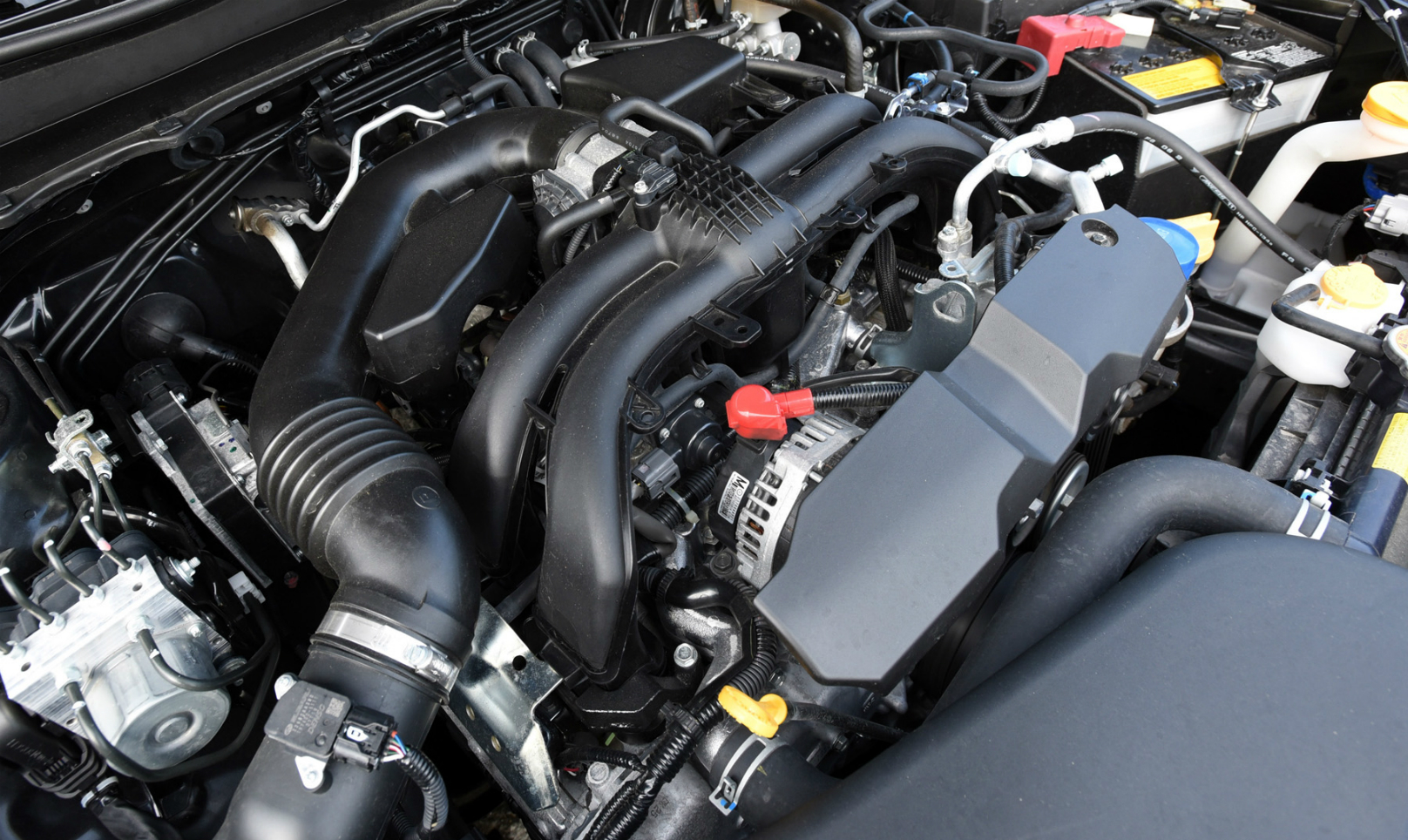 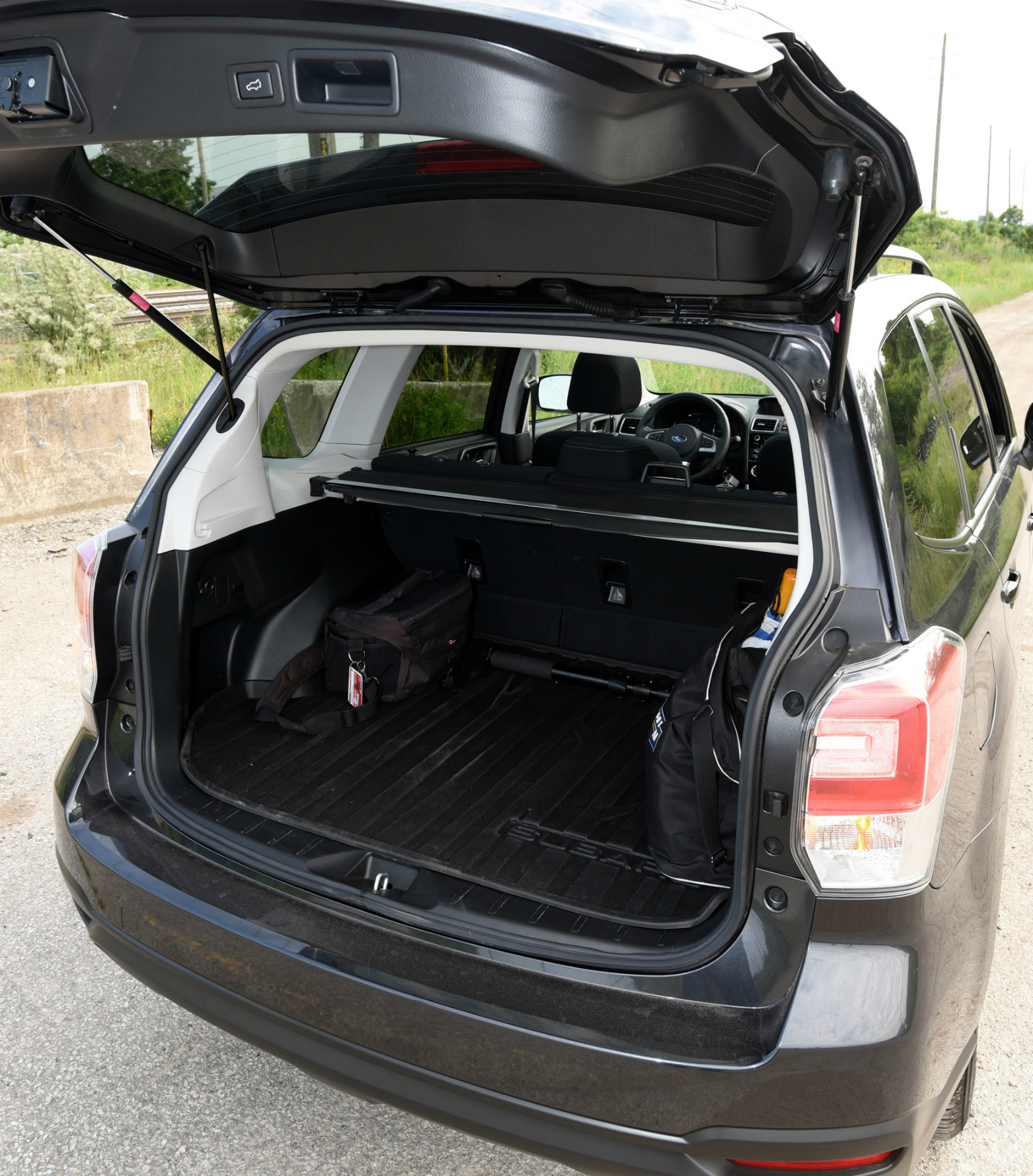 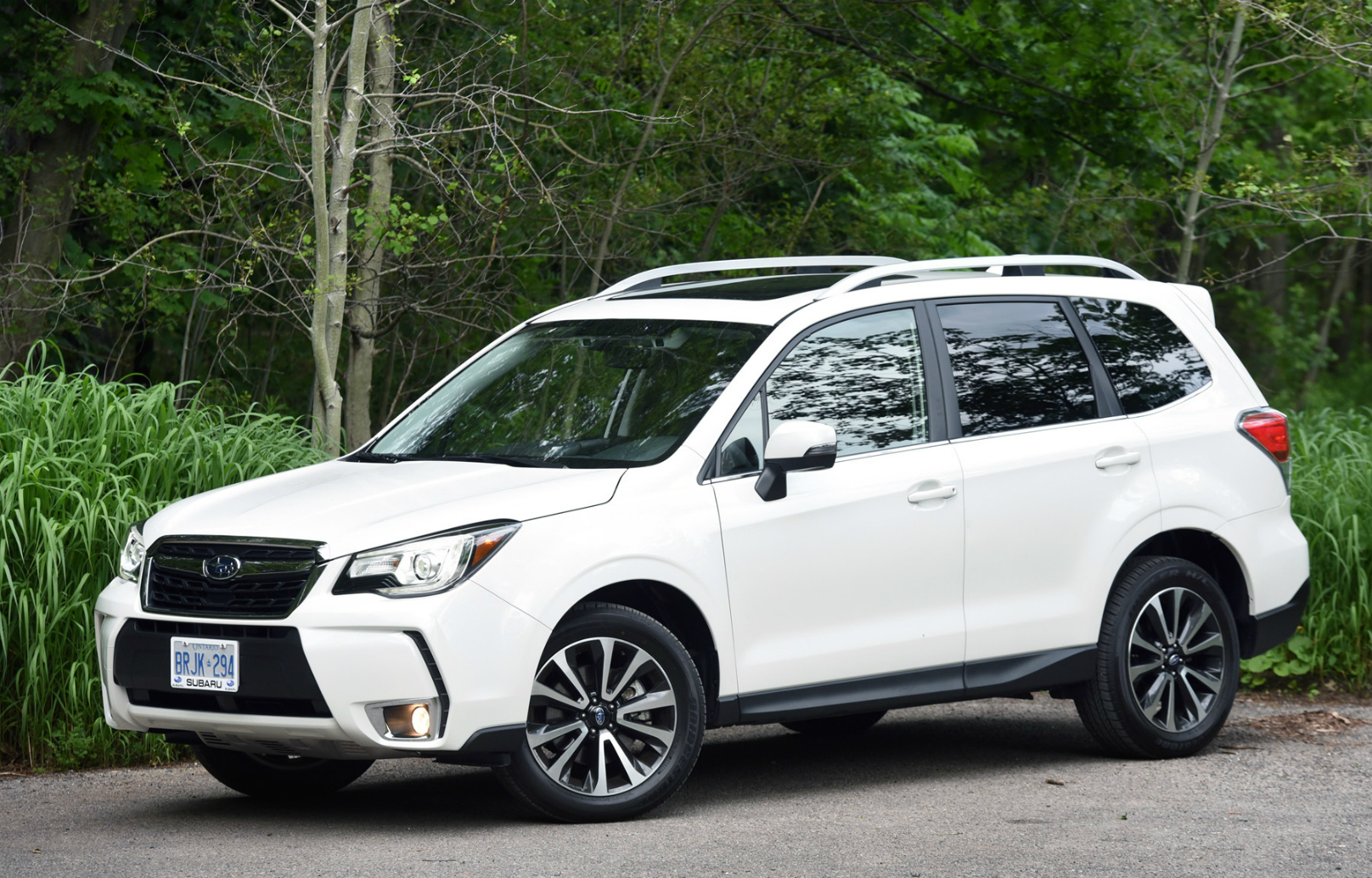 But it starts with the satisfying grunt of the 250 hp turbocharged 2.0-litre engine. There’s nothing wildly extravagant about the added power, just a right-feeling, added acceleration surge and increased responsiveness.

This powertrain comes only with the Lineartronic CVT included. Fuel economy is rated at 10.2/8.6L/100km (city/hwy). My average worked out to 10.7L/100km (comb), acceptable but suggesting I was enjoying this engine just a little more. 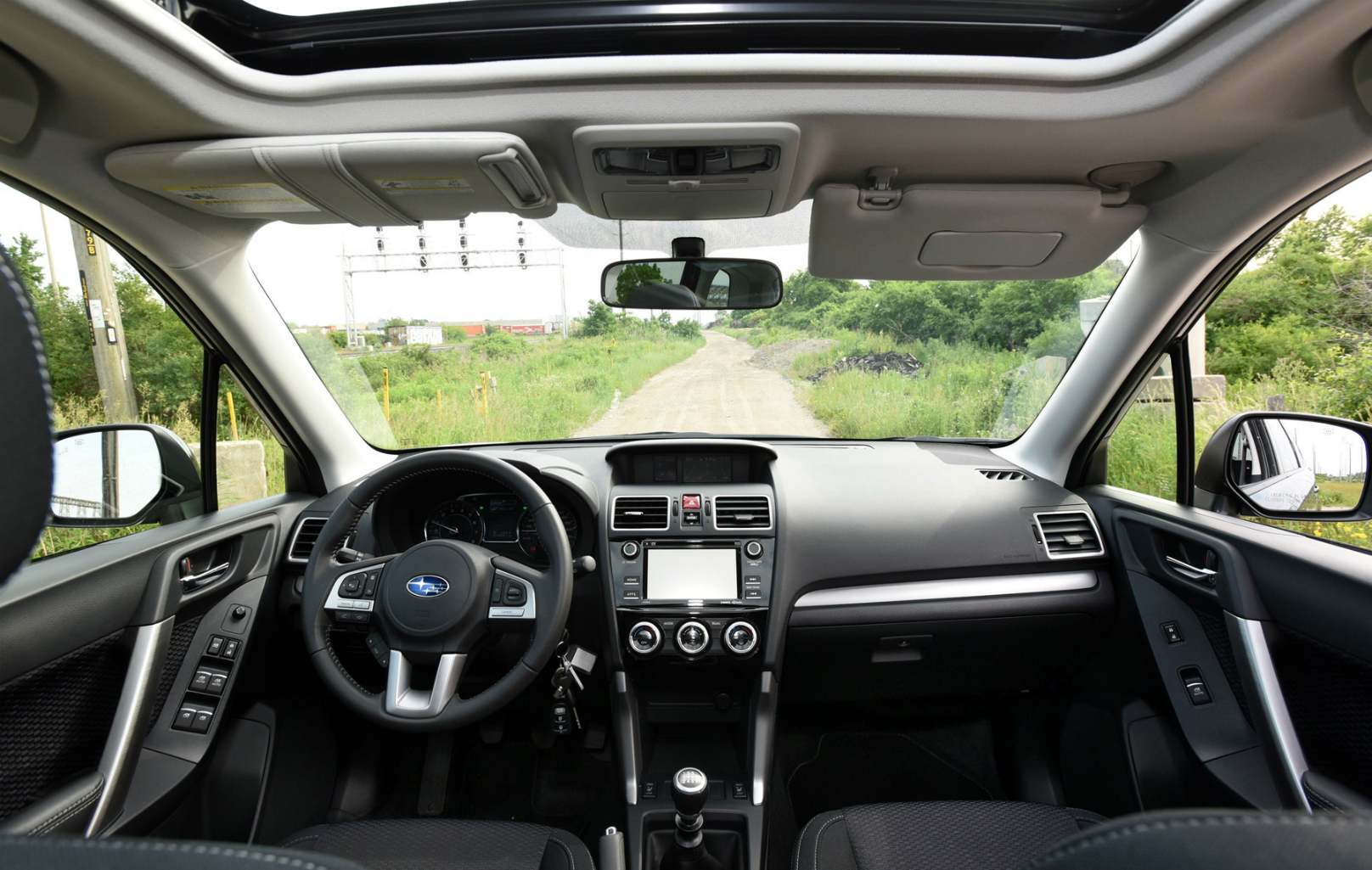 The added turbo power comes with a premium fuel recommendation but a quick scan of the manual reveals that using cheaper regular octane gas will not nullify the warranty.

Our Limited with Technology Package tester goes all-in with leather instead of cloth, all the mod cons, and all the new techs mentioned earlier, along with new-for-2017 auto-dimming on the rearview and sideview mirrors, one-touch folding rear seats and a driver power seat with memory.

And with all of the content in this fully loaded model, it’s easy to overlook the contribution of the Technology Package ($1,500 here also) but on at least one occasion the new Reverse Automatic Braking system saved me from making a low hazard mistake.

A toot around town in a 2018 Forester 2.0XT reinforced my turbo preferences and, with only minimal additions, the new 2018 prices will carry over unchanged. 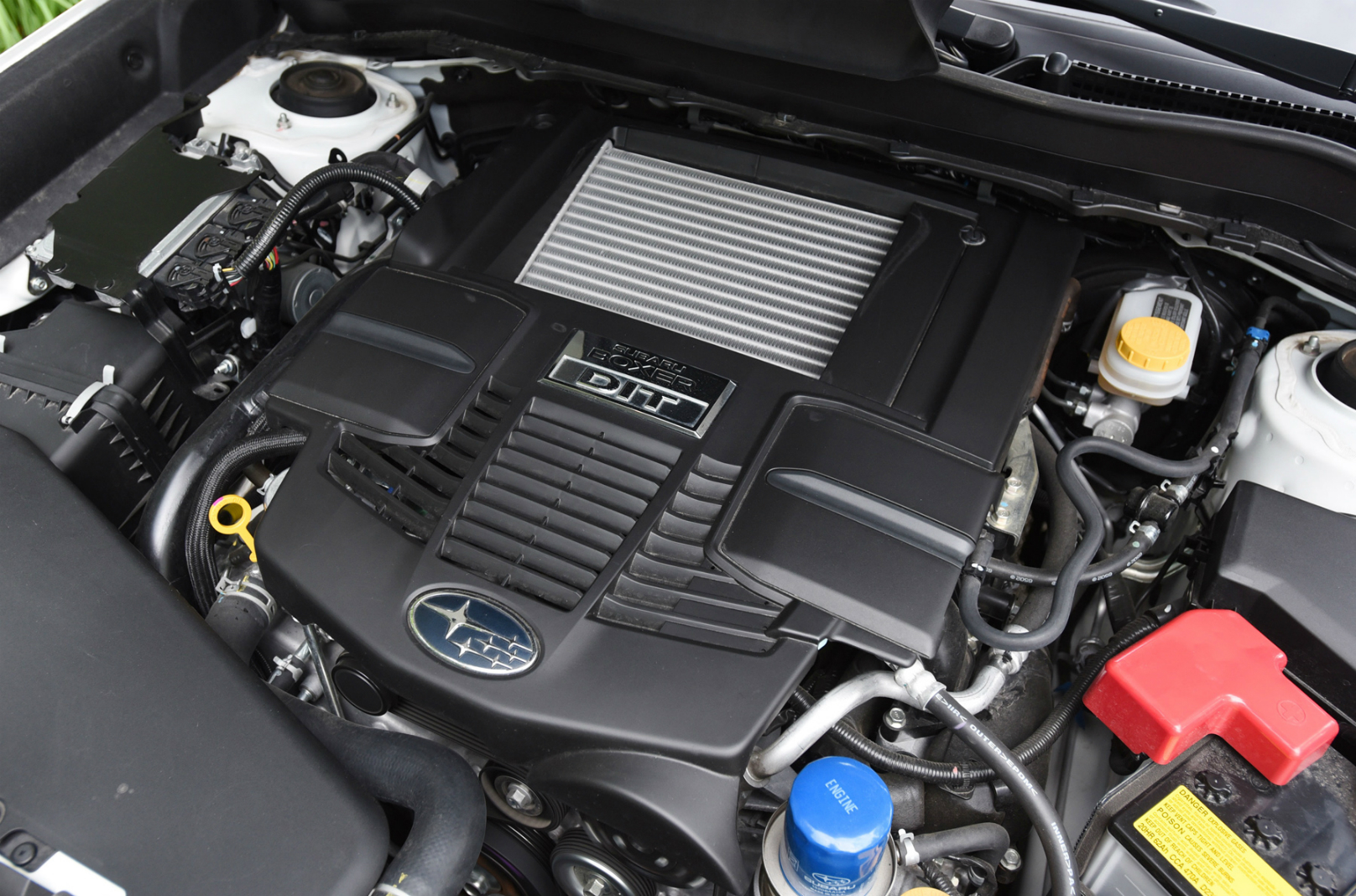 In most of life’s disciplines, spanning everything from design to economics, there’s usually a “Goldilock’s Principle”, a zone of “just rightness”, maintaining a balance of maximum benefit and minimal disadvantage.

And with it’s family-friendly size – not too big, not too small – it’s roominess but still nimble dimensions, along with its accents on safety, passenger comfort, the added security of all-wheel drive and the latest technologies, the Subaru Forester fits in just fine with the Goldilocks “just right” philosophy. 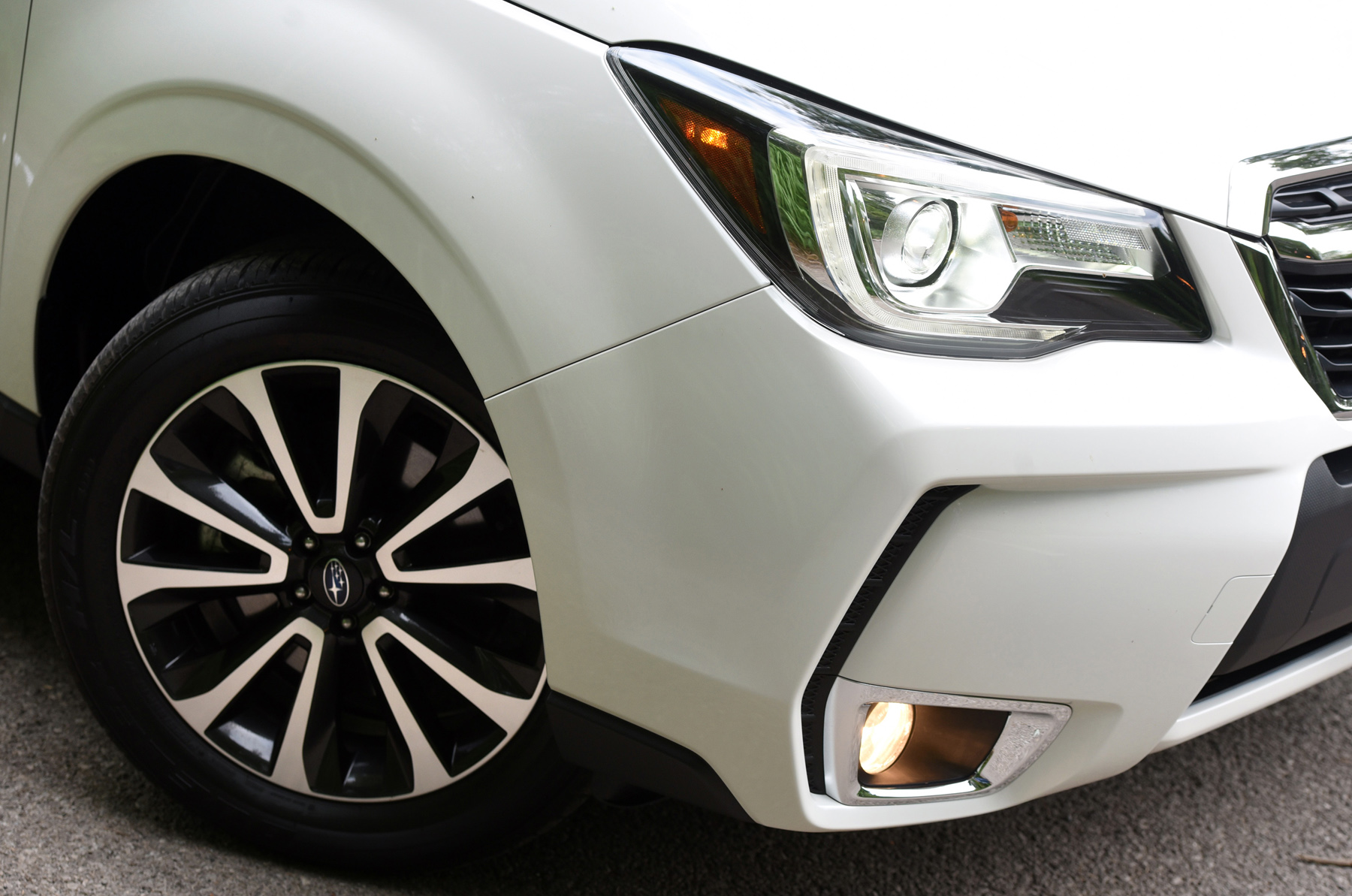