We recently borrowed an Ascent from Subaru for one of our family excursions due south to Charlotte, North Carolina, and Amelia Island in Florida.

It’s a little ironic that one of the pioneers of the crossover SUV – not to mention extraterrestrial vehicles like the Subaru BRAT – couldn’t put together a proper three-row sport utility until now.

Actually, Subaru unveiled a seven-seater crossover in 2006, but the awkwardly named B9 Tribeca was smallish and did nothing to establish the quirky Japanese automaker in a profitable and growing market segment.

It didn’t help that the Tribeca’s fascia resembled a Ford Edsel’s lemon-sucking grille, apparently an homage to the parent company’s glorious past as an aircraft maker. Consumers weren’t buying it, and even face-saving cosmetic surgery failed to rescue sales. The lone generation of the Tribeca was quietly taken out behind the shed in 2014.

Despite the setback, Subaru thrived as buyers grew to love its all-wheel-drive model lineup. All that was missing was a genuine three-row SUV it could sell in the meaty centre of a lucrative market. That vacancy finally got filled when Subaru launched the 2019 Ascent last fall.

We recently borrowed an Ascent from Subaru for one of our family excursions due south to Charlotte, North Carolina, and Amelia Island in Florida. We’ve been doing variations of this trip annually since our three girls were young – and almost always in a minivan.

Minivans are the ideal family conveyance. They carry more stuff than SUVs and provide ample room for kids who insist on travelling without touching elbows. We made our first southbound trip in our battered Mercury Villager in 2007, and subsequently road-tested every new minivan on the market. They were all up to the task.

SUVs have to make room for their all-wheel-drive hardware, so third-row seats eat up a lot of the remaining storage space, forcing owners to pack lightly if they’re carrying lots of passengers. Or invest in a rooftop carrier. Conversely, front-wheel-drive minivans have a deep well behind the third row that can swallow plenty of gear. 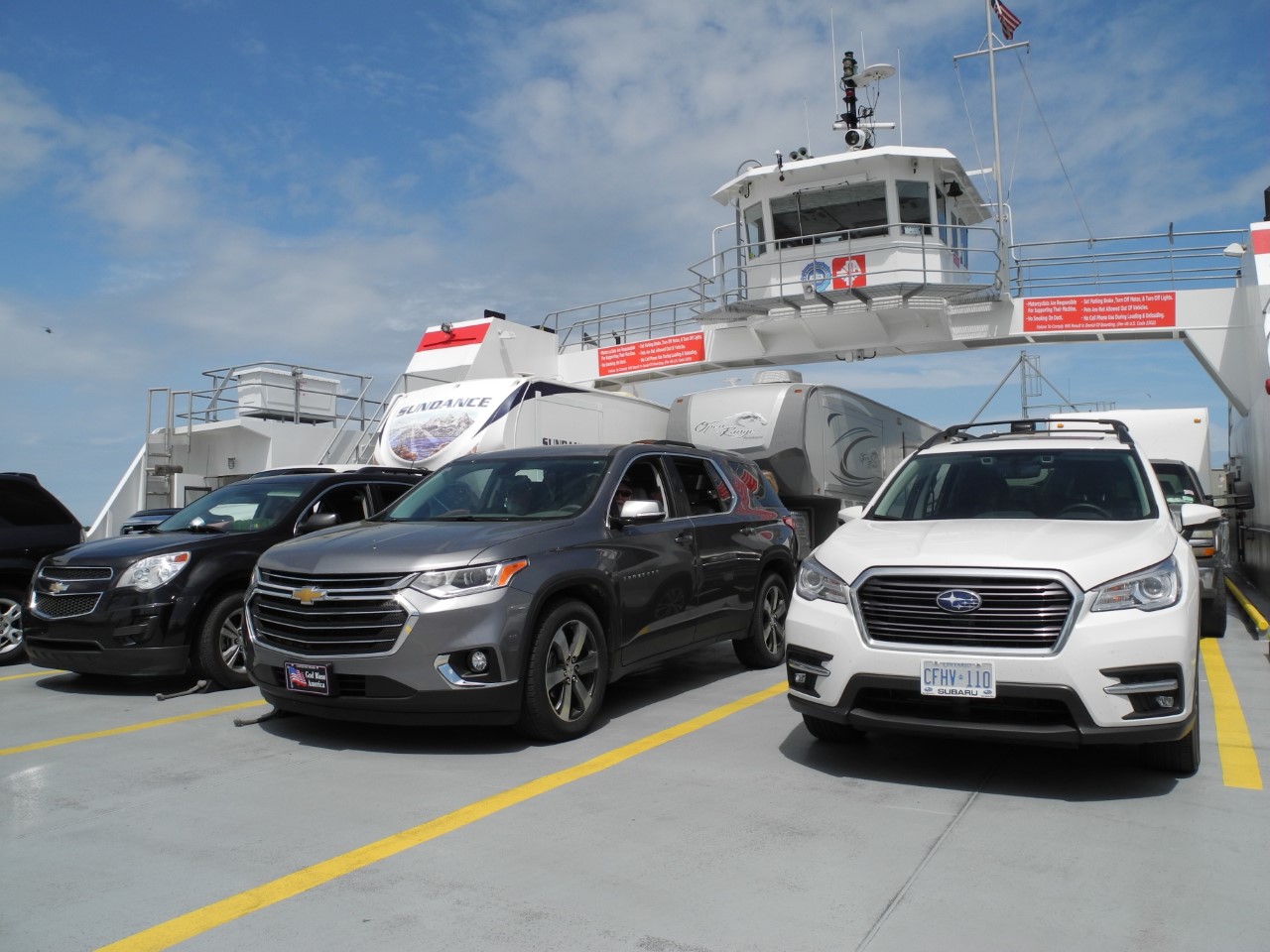 The Ascent is a mid-size, seven- or eight-seater crossover that uses a turbocharged 2.4-L “boxer” four-cylinder engine, good for 260 hp and 277 lb-ft of torque, tied to a continuously variable (CVT) automatic transmission and driving all four wheels all the time.

The Ascent is the biggest Subie ever, designed to go toe-link to toe-link with heavy hitters like the Ford Explorer, Chevrolet Traverse, Honda Pilot and Toyota Highlander. Subaru played it safe by making it look like an Outback that had been baked with too much yeast and grew out of the bread pan. Styled like its brethren, few passersby give it a second glance – an opportunity lost.

With a weekend wedding in Charlotte forming the first leg of our trip, work obligations prevented us from getting the girls down there in time for the rehearsal dinner, so they bought airline tickets. My wife Margaret and I were left to drive down on our own – a quiet reprieve.

EyeSight resides inside the cabin at the top of windshield, which has its advantages, though it is sensitive to foggy glass, which we discovered when we started on a cold morning. It took 20 minutes before the defroster reached the upper extremity of the windshield, finally permitting EyeSight to activate the smart cruise control to watch over our speed and distance to the vehicles ahead. It’s a reminder that no automated system is perfect just yet. 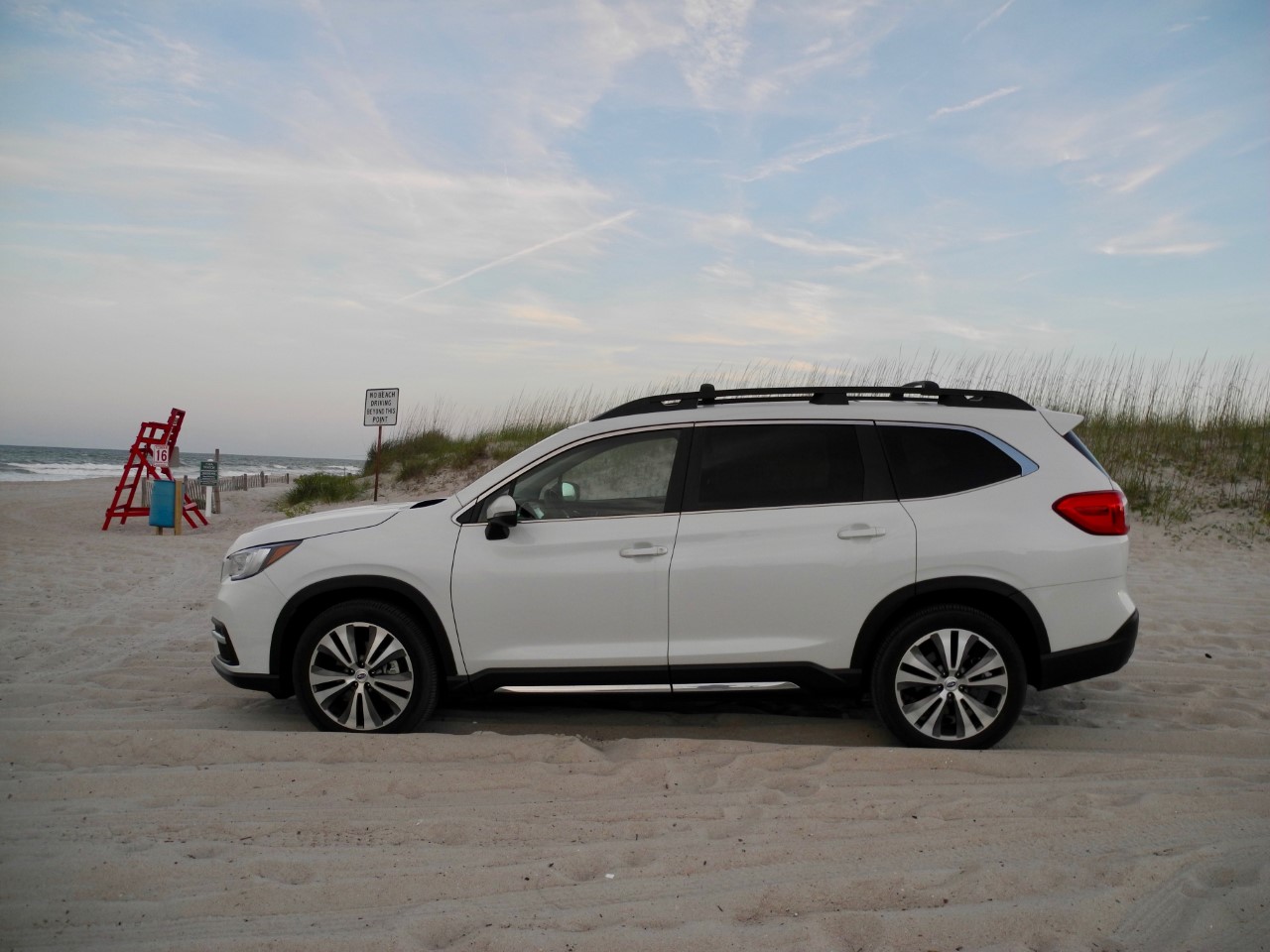 Despite having a four-pot engine, the Ascent is quiet and refined, letting us endure the 13-hour drive in comfort and with little fatigue. The front seats are fabulous, especially the driver’s chair, which in our Limited model adjusts 10 ways. The spacious middle-row seats can slide fore and aft to put little passengers within reach of the co-pilot. The rear-most bench is reasonably accommodating, but most any minivan offers more knee and elbow room back there.

Subie’s trademark horizontally opposed 2.4-L four-banger is new, and toils unobtrusively behind the firewall while providing ample torque. South of Pittsburgh the topography goes up and down as the highway threads through the Appalachian Mountains, which the turbocharged Ascent managed with aplomb.

We pulled into the Charlotte Marriott City Centre on Friday evening just as our trio returned from dinner at the historic Duke Mansion. The wedding the next day was a southern treat, complete with a live band at a spectacular venue in a renovated cotton mill in the city’s industrial district. Naturally, the weather was spectacular: brilliant skies with temperatures in the high 20s. This livable American city deserves to be a popular stop for winter-weary refugees from the north.

On Sunday we rearranged our luggage in the Ascent to make room for the three girls; Julia sat in the skinny half of the split-folding third-row bench, with bags piled up behind and around her. Everything fit with enough room to see out the back window, but barely. At the risk of sounding tedious, a minivan can easily swallow more stuff.

The five-hour drive to Amelia Island saw traffic humming along at 80 mph (130 km/h) in the rising heat. Our Ascent Limited is a competent handler on its 20-inch alloys and 50-series Falken tires; the flat-four engine lays low to yield an advantageous centre of gravity. Steering is on the light side with little feedback, but it’s reasonably quick and accurate. The adaptive cruise control works as advertised, slowing down as the traffic grinds, and accelerating – sometimes abruptly – to the set speed when the driver moves into a faster lane.

We arrived at our rented condo with the thermometer displaying 33C. Amelia Island is home to the famed Concours d’Elegance, Florida’s annual beauty pageant for rare collectors’ cars. When we visited in March two years ago we missed the finale due to unbelievably cool weather, which cut the festivities short. It seems that the island climate in late April may be more conducive to an outdoor show. 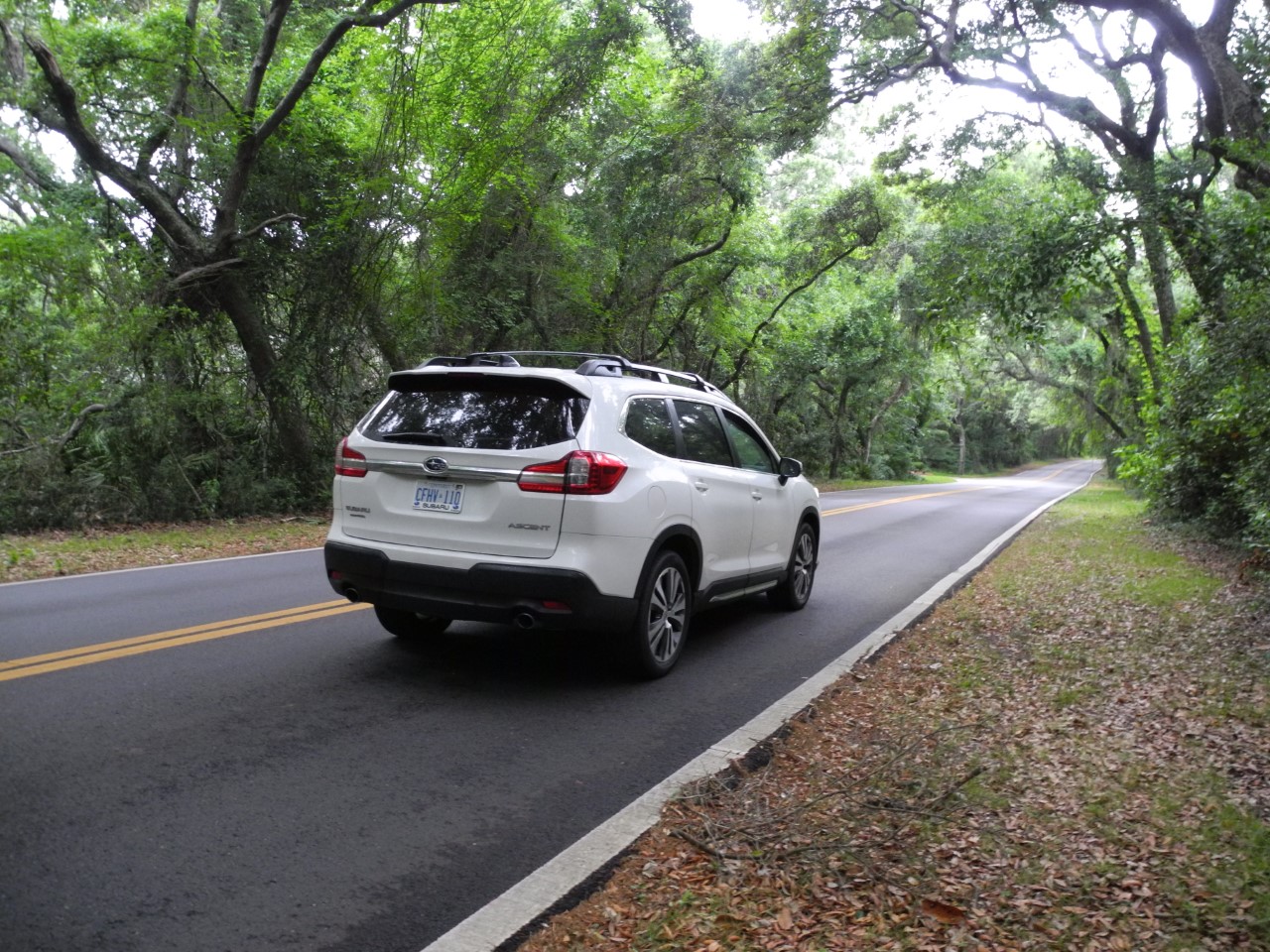 It’s also an ideal time to explore the island’s many charms, including its lush state and national parks and Fort Clinch, a Civil War-era relic. Amelia Island differs from the usual Florida sights of endless fast-food joints and beach bars. Our girls enjoy the seclusion of the island and the bike paths that wind through the neighbourhoods and pristine beaches. As a chillaxing timeout between school and summer jobs, Amelia Island fit the bill.

After six serene, uneventful days we loaded up the Ascent for the trek home. This time we split the drive between two nine-hour days, stopping in Beckley, West Virginia for an overnighter. We had just passed Charlotte heading north when I spotted sinister storm clouds looming nearby.

“Look! I think they’re starting to rotate,” I exclaimed. But my warning was dismissed by the others, who were too busy reviewing the Texas barbecue lunch we had just eaten. The Ascent sliced through the torrential downpour like we were shooting a Subaru commercial.

Over our 4,200-km highway odyssey, we logged fuel economy numbers between 10.2 and 10.6 litres/100 km, depending on whether we were in the mountains or not. It’s hardly exemplary – we recorded 8.7 L/100 km in a 2017 Chrysler Pacifica along the same route – but that’s the toll you pay for all-wheel drive. At least the 2.4-L turbo is happy with regular gas.

We have a few gripes. The factory navigation system, designed by TomTom, is a little clunky. Margaret had a hard time finding a 12-volt outlet, which we uncovered deep inside a storage slot. Admittedly it’s outdated technology, but some people still have accessories that need these outlets. Only the range-topping Premier model provides a handy 120V electrical outlet. At least the Ascent offers a bounty of USB ports and cupholders. 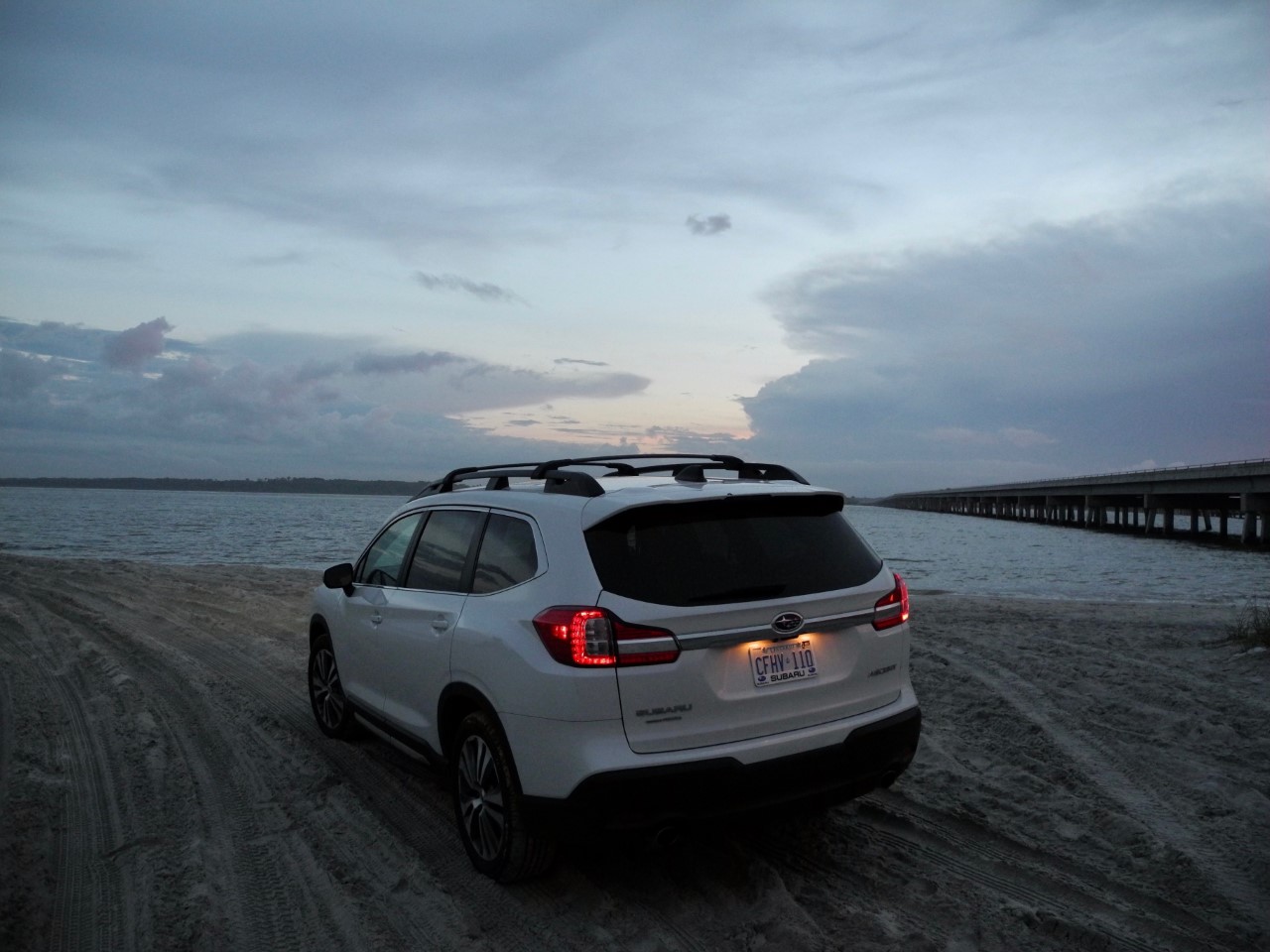 Our test vehicle suffered from grinding brakes, which was a little unsettling on those steep runs down the mountains. Chalk it up to poor maintenance, though our example only had 10,000 km on the clock. The transmission worked well during our trip, but I’ve seen some online remarks from early buyers who have had their CVT replaced after exhibiting slipping and other issues. Not a good omen.

Overall, the Ascent is a valiant attempt by Subaru to upscale their crossover platform to sell in a very profitable segment. It’s a nicely crafted family machine (assembled in Indiana) that does everything well while exploiting Subaru’s vaunted all-wheel-drive hardware.

The Subaru badge – which I used to joke was a star map to the company’s home planet – finally adorns a staunchly mainstream adventure vehicle. By adding the Ascent, Subaru has officially abandoned its oddball reputation for good. 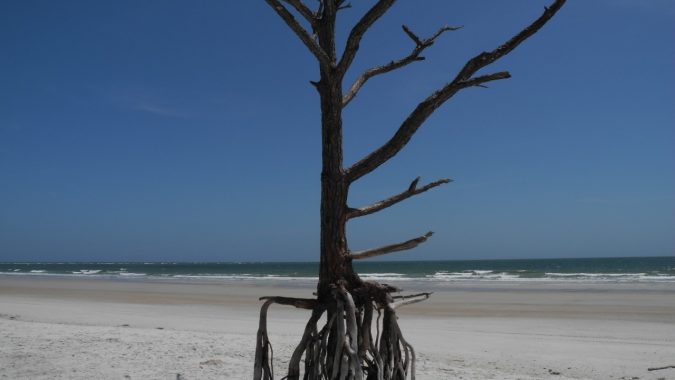 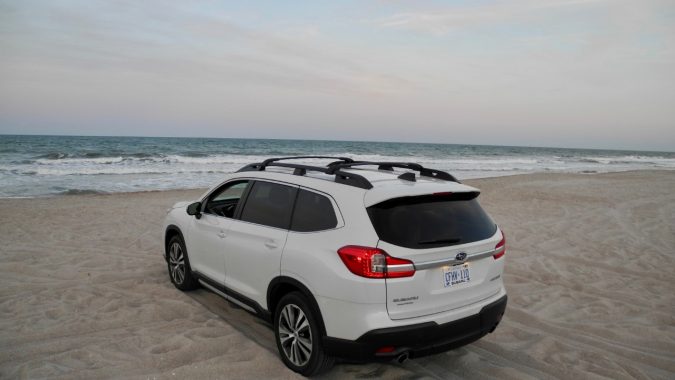 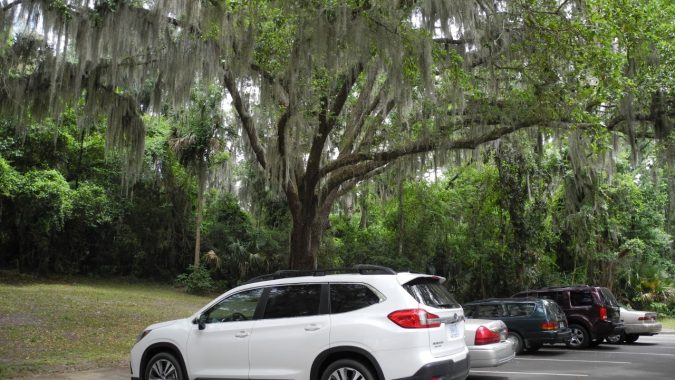