When Dr. Laura (my daughter the veterinarian…) starts looking for a car of her own, she’s got her eye on the Subaru Impreza.

Subaru was and still is a leader in four-wheel-drive technology. As a vet, you never know when you might have to venture into a muddy field to attend to a sick horse.

Impreza also offers one of the diminishing number of four-door hatchbacks (Subaru calls it a “five-door,” but if you don’t go in and out of it, it’s not a door).

Next to a station wagon, this is the most intelligent automotive configuration. Lots of room to carry medical gear, or an ailing puppy to the clinic.

Lower to the ground than an SUV, hence safer; lighter, hence better to drive and more fuel-efficient.

We had a pair of Scooby Imprezas on test recently, at nearly opposite ends of that car’s wide product spectrum. 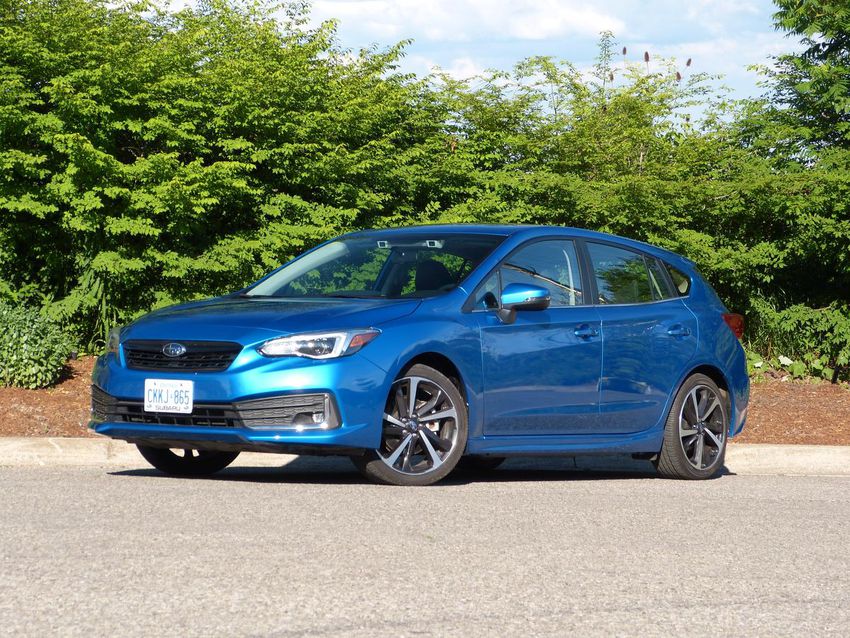 Sadly, by far the best combination — a WRX hatchback — is not offered. This is your fault, Subaru buyers — if you wanted it, they’d offer it.

The two cars share general architecture, a flat four-cylinder engine which has been a Scooby trademark for almost ever, and a full-time four-wheel-drive system which remains one of the most sophisticated in the business, automatically delivering torque to whichever wheels can best use it.

This is a far more important safety feature than all the nanny systems — lane departure warning, pre-collision braking, etc., which abound here as well.

Like VW Beetles of old, the flat-four engine has a characteristic exhaust note. It is inherently balanced, but the exhaust pulses deliver that unique sound.

A large central screen has the usual options of SatNav, dozens of configurations, Apple CarPlay, Android Auto, plus Subaru’s own STARLINK, which I never did figure out how to work.

A second screen in the middle of the base of the windshield is also reconfigurable to provide information you need or want at a glance, without the irritating distraction of a head-up display.

There’s the usual host of controls on the steering wheel spokes — sound system, snooze-and-cruise, various other functions — which as always will take time to get used to.

There’s the should-be-mandatory steering-wheel heater. Not needed during my test, but this weather won’t last.

All in a matte black finish, to reduce reflections in the windshield. 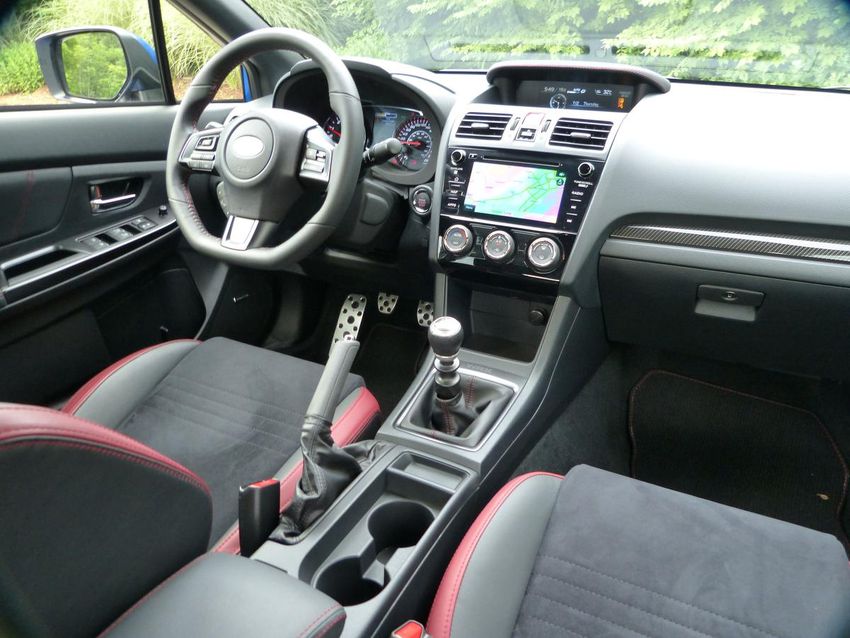 Storage spaces everywhere, some with textured surfaces to keep things from sliding around too much.

Surprising amount of room inside for a “compact” car, and lots of luggage space too, augmentable by split-folding rear seats.

The hatch model is obviously roomier, more practical. Why would anyone not want this model?

Impreza barely passes the mirror adjustment test for the driver’s side — depending on how you adjust your seat, you should be just able crank it out far enough to eliminate the blind spot.

It does pass the lights-off test — shut off the car, the headlights go off, as they should. No need for another annoying buzzer.

The sunroof seems short by today’s standards, but few people use them anyway.

Now, on to the differences between models.

The base car with 152 horsepower at 6,000 and 145 lb.-ft. of torque at 4,000 works well with the continuously variable transmission (CVT), because the engine stays closer to its fairly high peak torque r.p.m. figure.

There is a bit of “motorboating” — the engine revs don’t always line up with road speed — but that’s how these things work.

Not too sure why a CVT would have steering-wheel paddle shifters, but they’re there if you want to play around.

Much of my test drive was on windy days, so the fair amount of wind noise may not be characteristic.

The car is firmly suspended, but I found it comfortable enough, and nicely “pointable” in the twisty bits. Subaru may not be rallying anymore, but the heritage shines through. 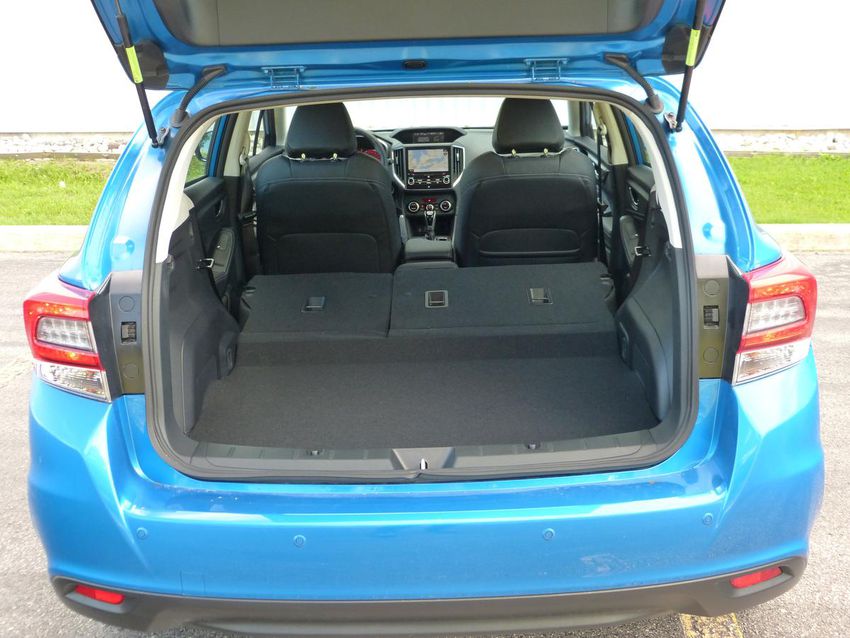 Speaking of rallying, on to the WRX.

You know this car is different before you even get inside — those bright red brake calipers from the Italian Brembo company are a dead giveaway.

Inside, “carbon-look” door trim (by “look,” I assume they mean “fake”), and Recaro front seats with red piping promise an interesting drive.

Speaking of interesting, Dr. Laura and Lady Leadfoot both complained about the comfort of the Recaros. They said their heads were pushed too far forward.

Turns out the headrest angle can be adjusted. Simply shove the headrest forward one, two or three clicks to get the angle you want. One more click and it goes back to the base setting, which we all preferred.

As usual, these seats offer excellent support and comfort, provided you aren’t too broad of beam, which none of us are.

Kind of odd on hard acceleration, though, that the power delivery isn’t perfectly linear. Nothing massive, just minor fluctuations in the acceleration curve.

The gearbox is light and precise, although on startup, the clutch requires some finesse to avoid stalling.

The rally-tuned suspension and those lovely big brakes mean you can lean on this car even harder, and it keeps asking for more.

The four-wheel-drive system really comes into its own when you do so. I detected a bit of understeer — front-end plowing — in tight corners, but backing off a touch brings the nose back in, and off you go.

Dr. Laura hopes to be singing that song soon.