If the styling appeals to you, then the Compact GLC Coupe SUV offers a bit of flair without completely compromising functionality.

VAL D’AOSTA ITALY-As I never tire of saying, Sport Utility Vehicles (SUVs) aren’t sporty, and not all that utilitarian either. A load of spare parts for my Targa Newfoundland car which nearly filled a Jeep Grand Cherokee fit fine into my VW Jetta station wagon.

Who needs the added bulk and weight of an SUV?

But the customer is always right, even when he’s wrong; you can’t push station wagons off buildings onto unsuspecting customers back home, so SUVs it is.

At least, most SUVs look like the boxes they came in, thereby offering the most efficient use of space. But when you put a fastback-style roofline on them, originated by BMW’s unfortunate-looking X6, you reduce rear-seat headroom and cargo capacity, making them even less practical.

So, fair to say that I was not predisposed to think too highly of the Mercedes-Benz GLC Coupe.

This is Benz’s compact SUV with an X6-like fastback roofline. Arrival in Canada is scheduled for this October. 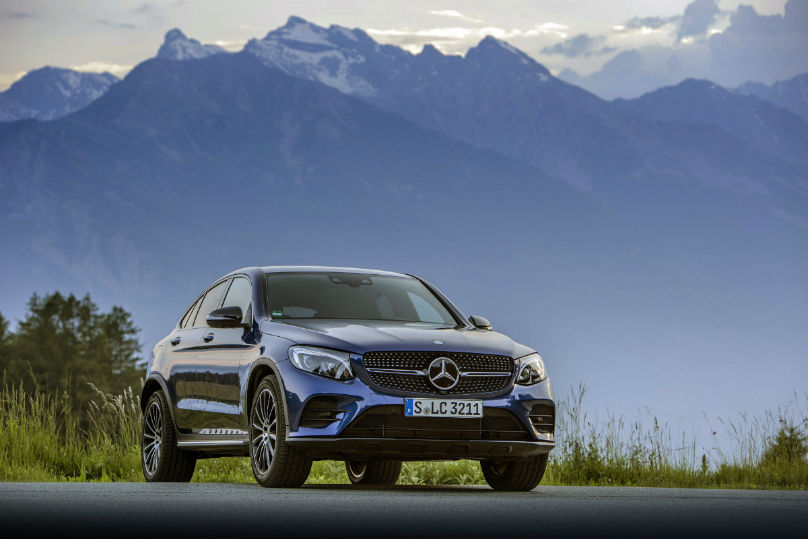 Pricing has not been released, but the normal GLC starts at $44,950, and I expect the better-equipped Coupe will start a couple grand higher than that.

I have to say I found the lines more appealing than I expected. The unique-to-the-Coupe diamond-motif grille and sleek curves provide an expensive-looking sheen.

Open the door, and again you will find more luxurious fittings, with a wide variety of trims and upholsteries available.

Seating comfort and support are fine, although the lack of availability of ventilated seats seems a bit odd.

The chopped-off (“coupe” does mean “cut”) roofline does take away about 250 litres of luggage space, although the car is a bit longer than the GLC, so longer objects aren’t too badly handled.

Rear seat headroom isn’t as compromised as you might expect, although it is a bit snug widthwise for three adults. 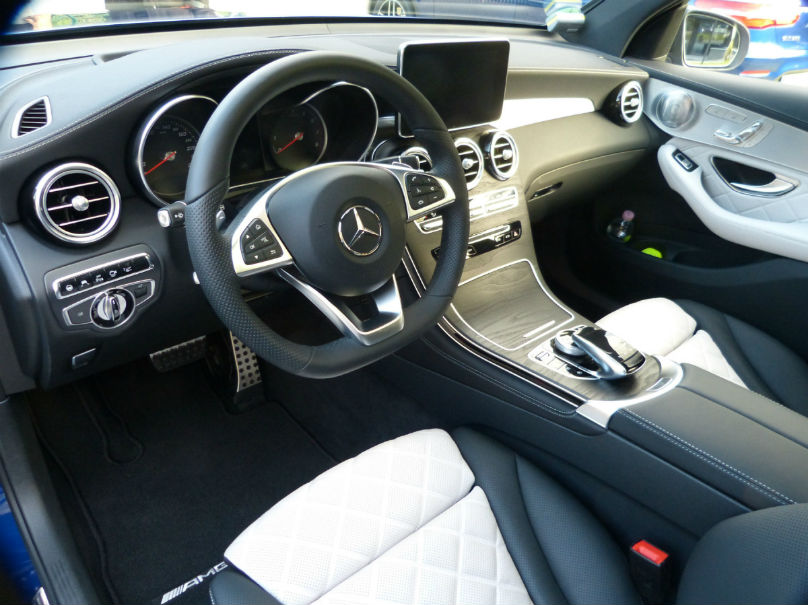 Also a bit odd is the lack of a rear-window wiper. Mercedes says that rainwater does not part company with the car until it runs off the tailgate spoiler lip, thereby eliminating the need for a wiper. I’ll have to wait to try this car in the rain to see if that’s true.

A wide range of engines is available in the RoW (Rest of the World).

Initially, we will get only the same 2.0 litre turbo premium-gasoline inline four used in the normal GLC, mated to Mercedes-Benz’s nine-speed automatic and full-time four-wheel drive (4Matic in Mercedes-speak).

The Dynamic Select function enables a choice from a variety of drive modes to make throttle, steering, and shifting a shade sportier if that’s your wont.

The transmission ratio is selected electronically via a rather dainty-looking steering column stalk, which does take some getting used to.

Left to its own devices, the transmission shifts well. 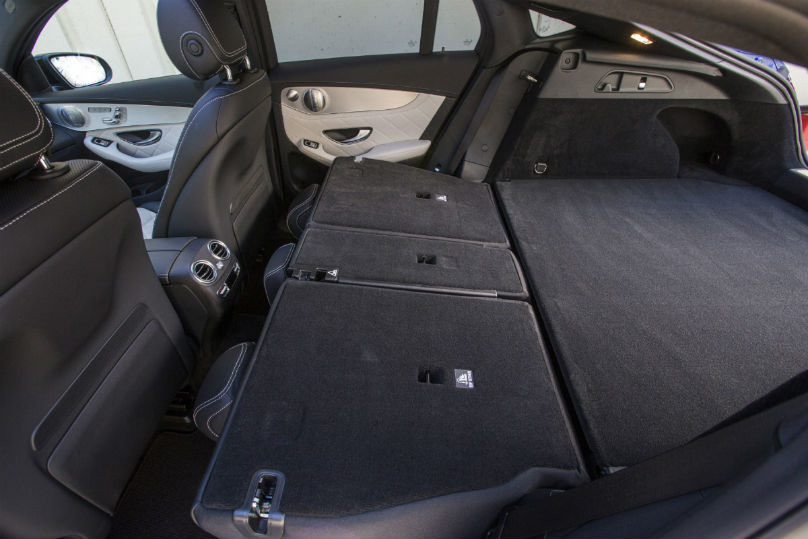 Early next year, a 2.0-litre turbo diesel four checks in. I’m a bit of a diesel fan, and the vastly reduced fuel consumption will probably more than compensate for a slightly less sporting drive. It is commendably quiet at cruising speeds.

A stonking twin-turbo V6 AMG variant joins the fun some time in 2017, while a plug-in hybrid model is expected for the 2018 model year.

With the basic hardware systems lifted from Benz’s new C-Class sedan, we could be reasonably assured that the car would ride and handle well. With tauter suspension calibration and quicker steering, we were not disappointed on the twisty mountain roads in the shadow of the Matterhorn just across the Swiss border from this most lovely region of northwest Italy.

A shame that Mercedes is following BMW in chasing the false promise of run-flat tires. The roads we were on were quite well-paved; on the Baghdad-quality pavement in Toronto, they’re gonna hurt ya …

There is just no excuse for these things.

RELATED: The problem with run-flat tires

The full panoply of Mercedes nanny systems is on board or available, most of which I and anyone who likes to drive will shut off.

After teaching people all my life to keep their hands on the wheel, I can’t bring myself to leave them off for up to 30 seconds.

That said, there’s more of them than there is of us, even if such systems are Darwin-defying.

Any coupe is pretty much by definition more of a style thing than a practical thing.

If the styling appeals to you, then the GLC Coupe manages to bridge that gap, offering a bit of flair without completely compromising functionality. 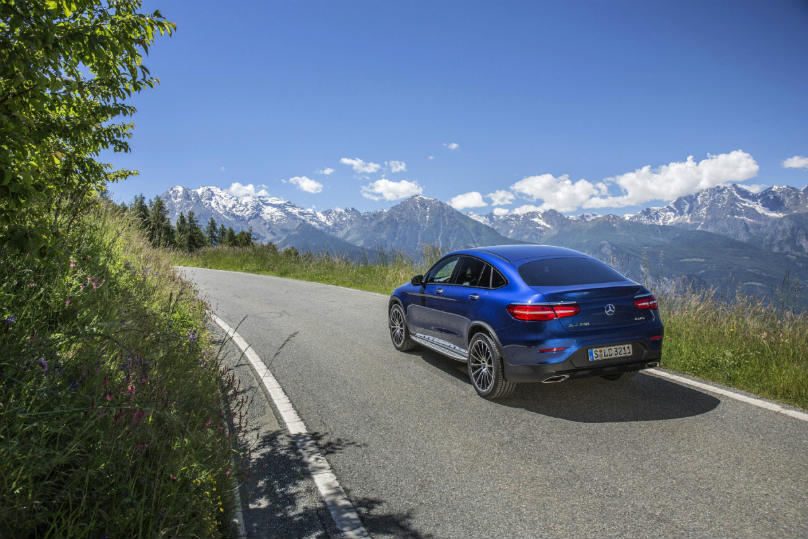 TECHNOLOGY: All the latest in driver assistance if you like that sort of thing. I don’t.

WHAT YOU’LL LIKE ABOUT THIS CAR: Nice blend of style and practicality.

WHAT YOU WON’T LIKE ABOUT THIS CAR: That you can only buy this and not a C-Class wagon.