Still Ama-Z-ing After All These Years

I can still see that black and white photo of the Datsun (as Nissan was then called) 240Z coupe on the front page of Road & Track magazine — shot crossing the Golden Gate Bridge.

After the slew of affordable but problem-prone British sportscars such as MGs, Triumphs and Sunbeams, the 240Z was a revelation and also a sea change in sportscar design.

The numbers in the model name denote the engine displacement. Thus the 370Z has a 3.7-litre gasoline engine with twin overhead cams with 332 hp and 270 lb/ft of torque.

The 2018 370Z retains rear-wheel drive and a choice of a standard six-speed manual or seven-speed automatic transmission. 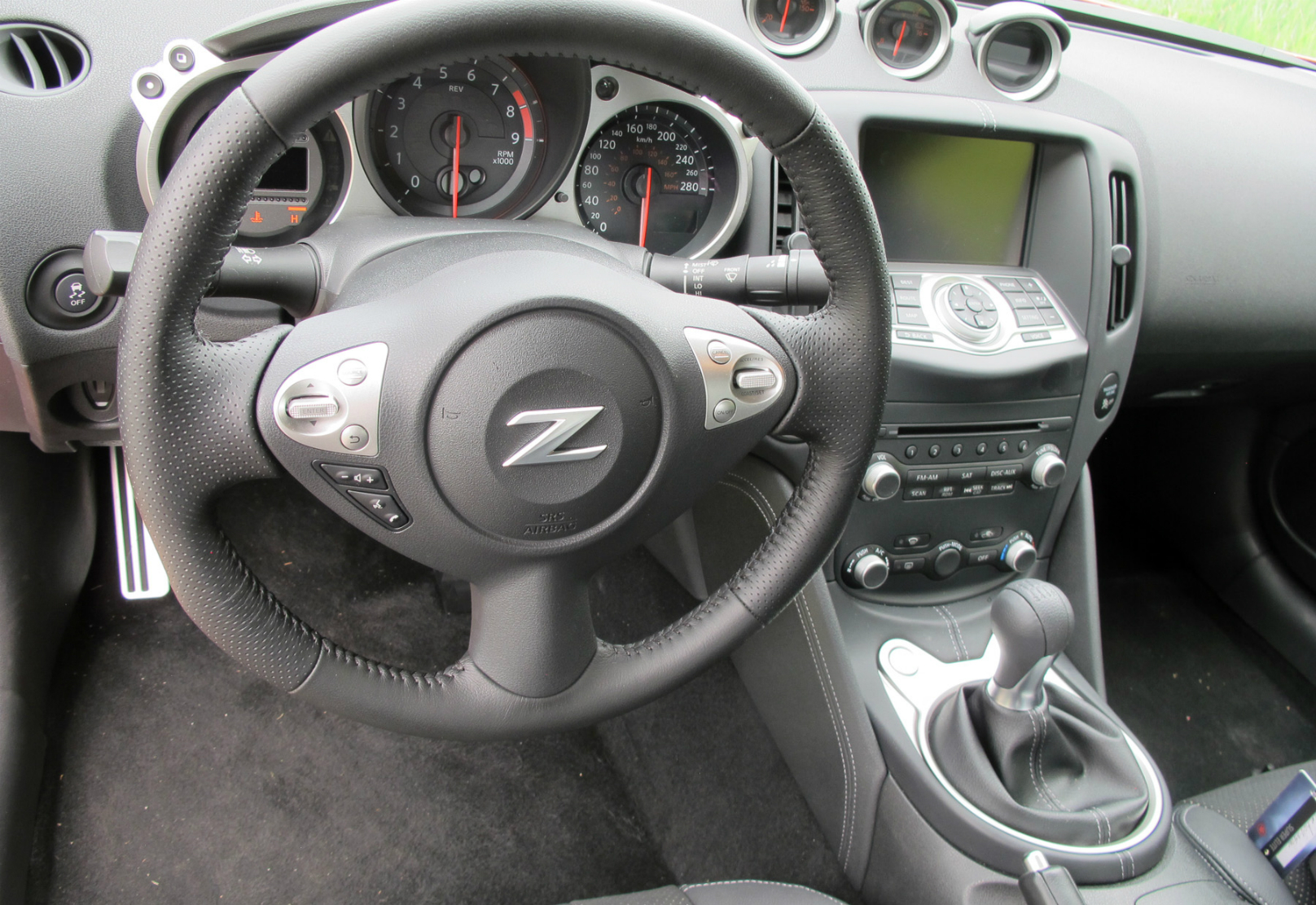 The manual is available with Nissan’s SynchroRev technology that measures clutch, shift lever, and vehicle speed.

When you downshift, the system matches, or “blips”, engine revs to the selected gear for smooth downshift. Conversely on the upshift it again matches gear and engine speed for an equally smooth change.

This can be turned off or on by a button on the centre console.

The first time I drove the 2018 370Z Touring Coupe tested here, the S-Mode was engaged, but I did not realize that at the time. 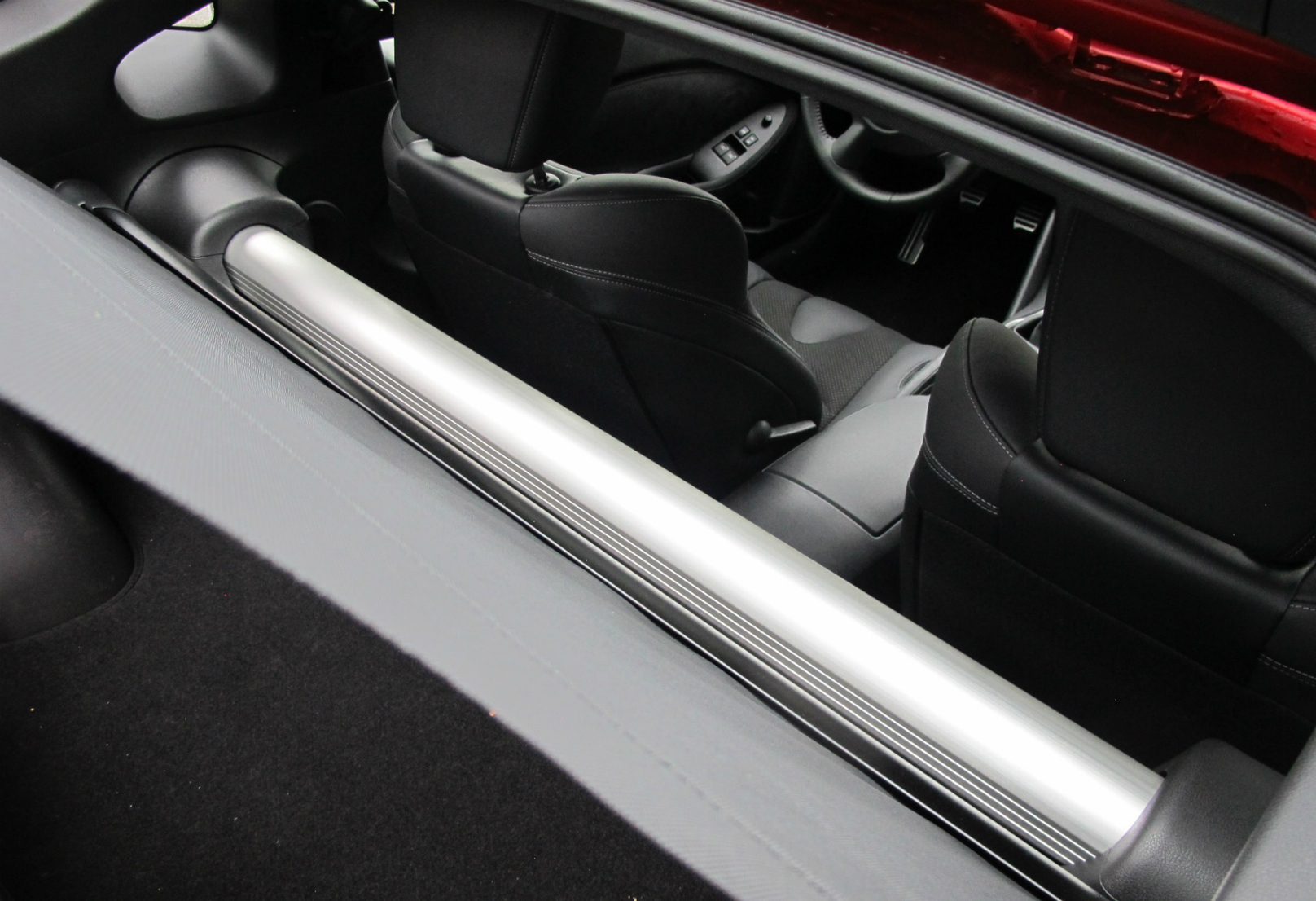 When activated, as soon as you shift to a lower gear the engine will rev to match the gear speed without any pressure on the gas pedal, which can be unnerving the first few times.

Once I got the hang of it, it became second nature and added greatly to the enjoyment of driving, which I did for something like 800 km mostly on back roads that wind up, around and down the Niagara Escarpment.

This is where a sports coupe like the 370Z comes into its own, aided by the silky nature of the super smooth V6 that Nissan has been improving year after year for something like two decades.

The Touring Coupe as tested here comes standard with a limited slip rear differential and stout front and rear shock tower stress bars, which make for a really “tight” platform feeling when driven in a sporting manner. 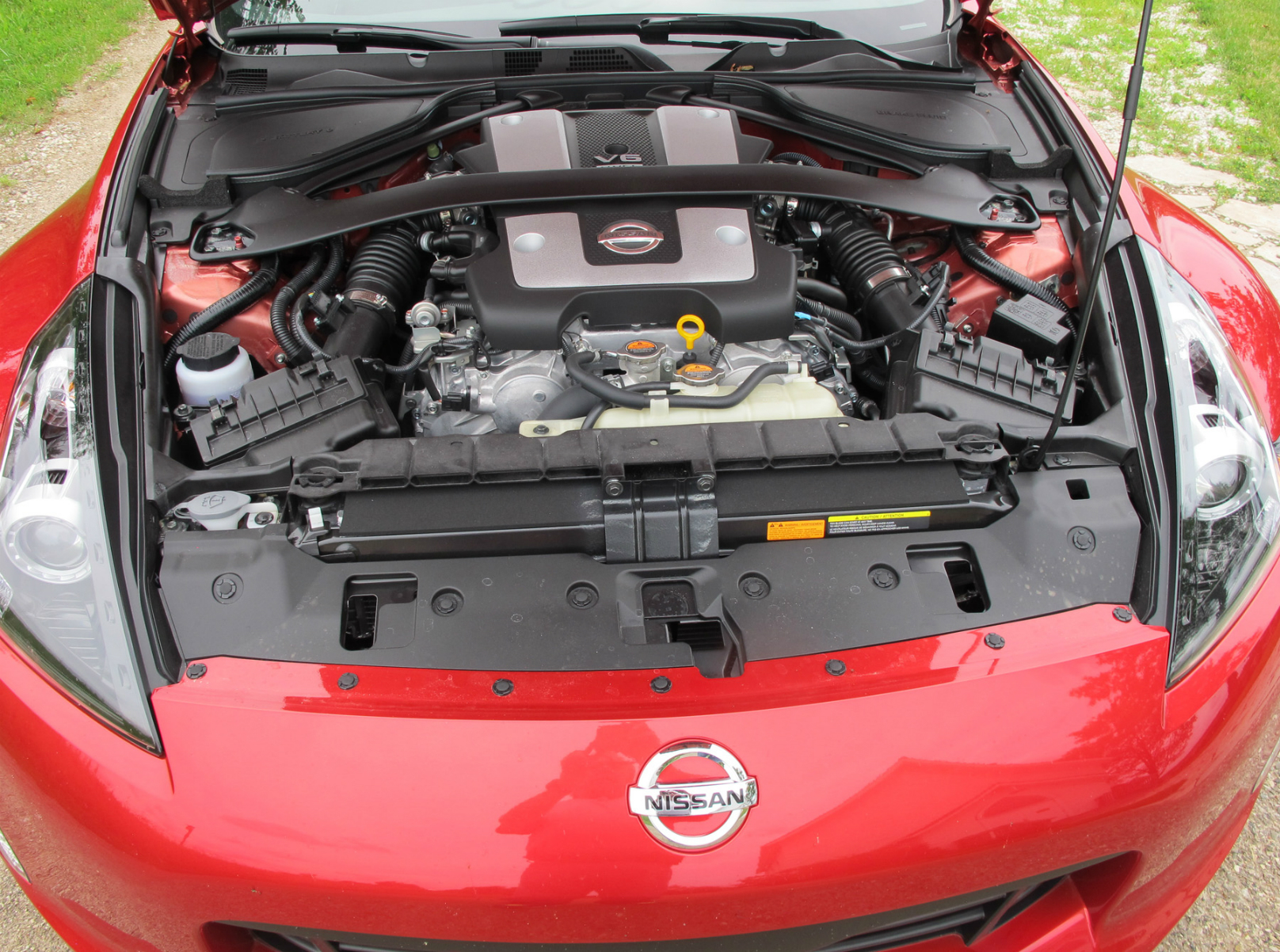 Comparing the pricing of those two vehicles is interesting, with the MX-5 GS RF (Retractable Fastback) starting at $38,000 and the loaded GT RF at $42,200. 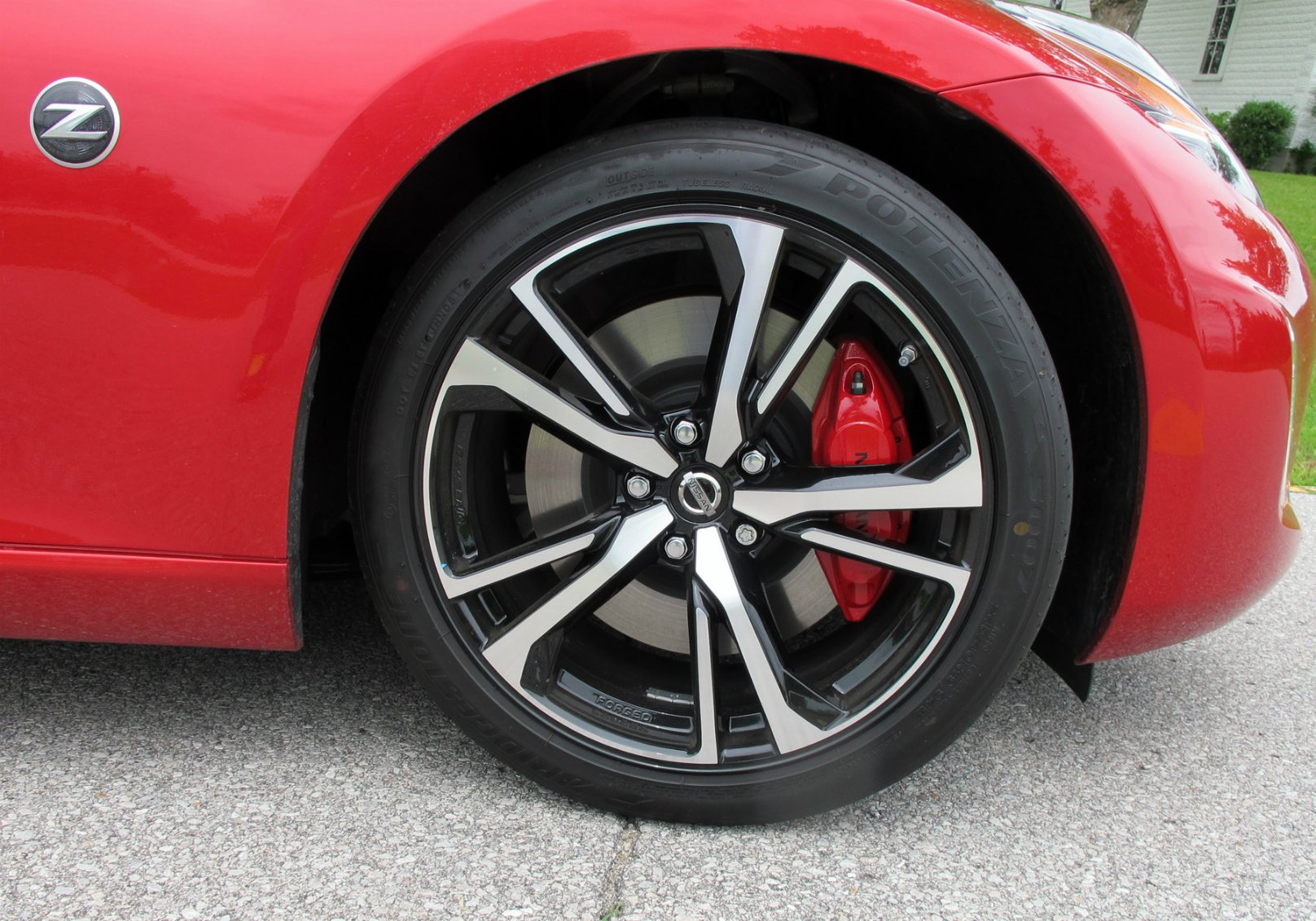 The cockpit is tight and the driver’s foot box is small, so learning where your feet are in relation to the pedals is important.

Cargo is a scant 195 litres (6.9 cu ft) with Nissan claiming it can handle a set of golf clubs. 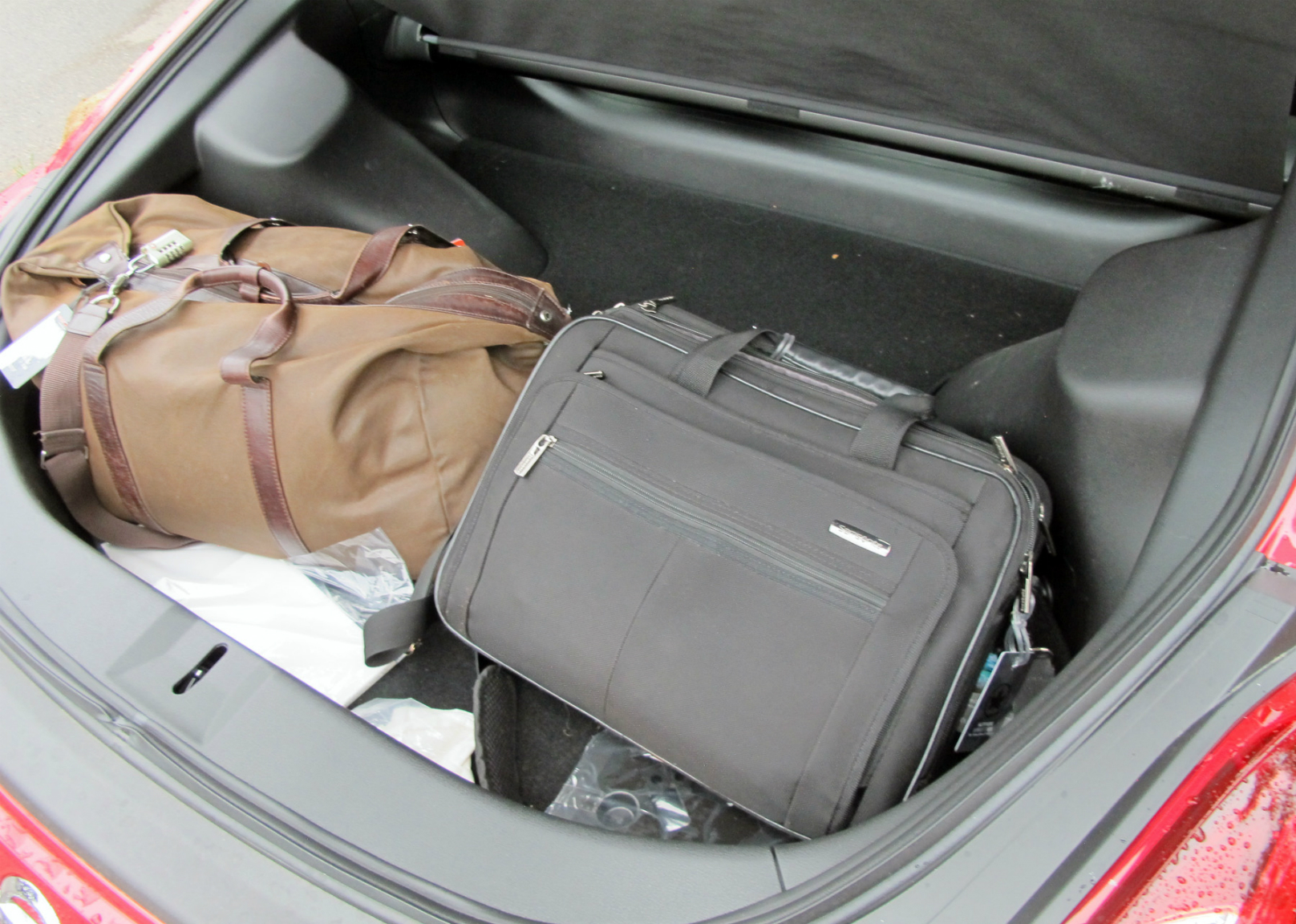 Helping in the aero department is a front chin spoiler with a quite large spoiler at the rear, as well.

The leather seats with mock suede inserts really grip you, thanks the generous bolstering and both are heated.

All in all, this remains a very slick sportscar that has stood the test of time and is still at the top of its game. 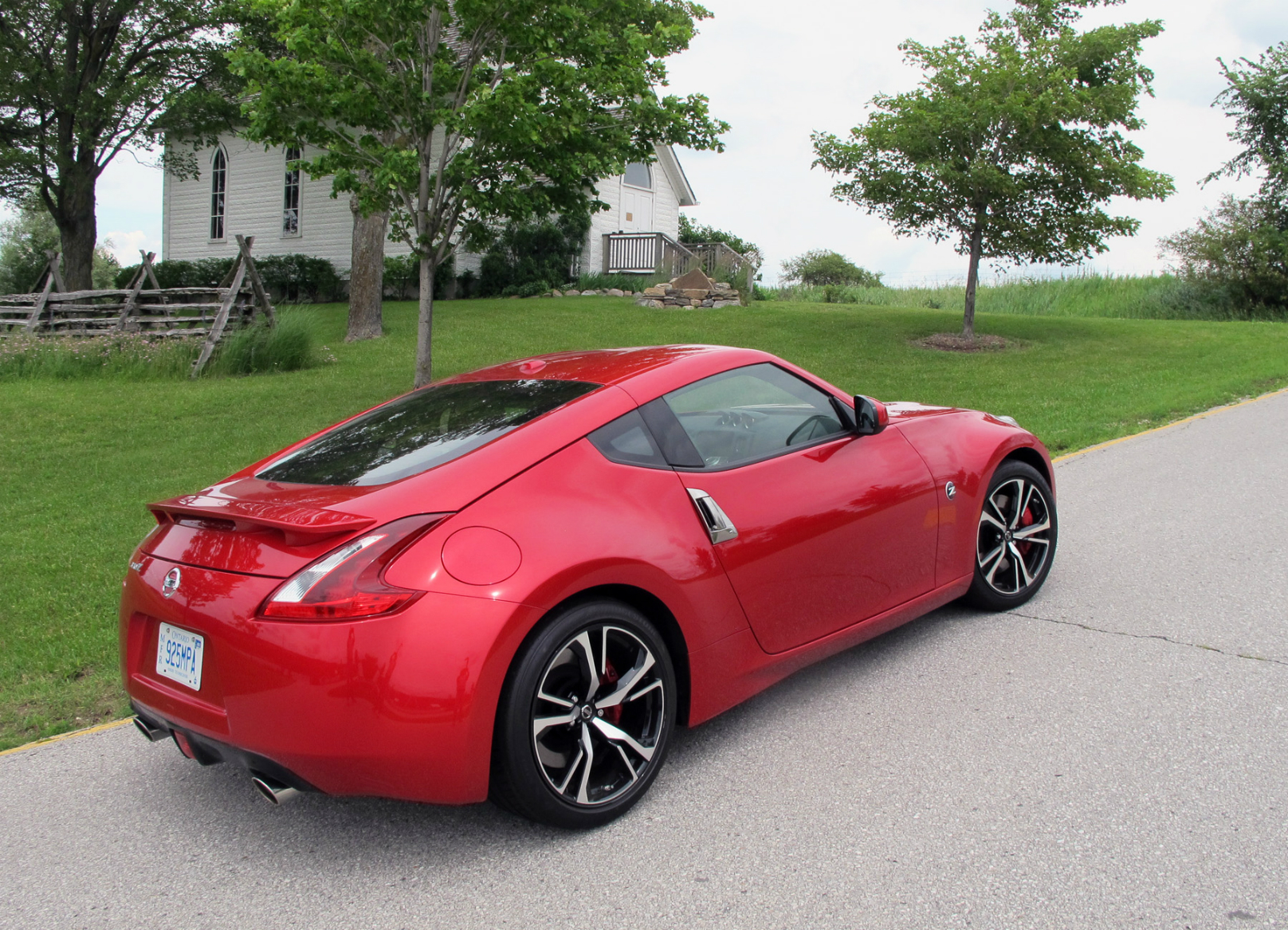