The Porsche 718 Cayman has a new name and new styling for 2017. The 718 designation is a return to its roots when the iconic German brand was campaigning with a 718 open cockpit racecar.

In recent years Porsche has expanded its lineup with a couple of crossover SUVs and a full-size luxury sedan.

But it’s with high-performance, two-seater sports cars that Ferdinand Porsche made a name for himself and where the German auto manufacturer has enjoyed a loyal following since the mid-’60s.

For 2017, Porsche has new names for its entry-level performance twins, now calling them the 718 Cayman and 718 Boxster.

Both are mid-engine sports cars with the Cayman being a fixed-roof coupe and the Boxster, a soft-top roadster. 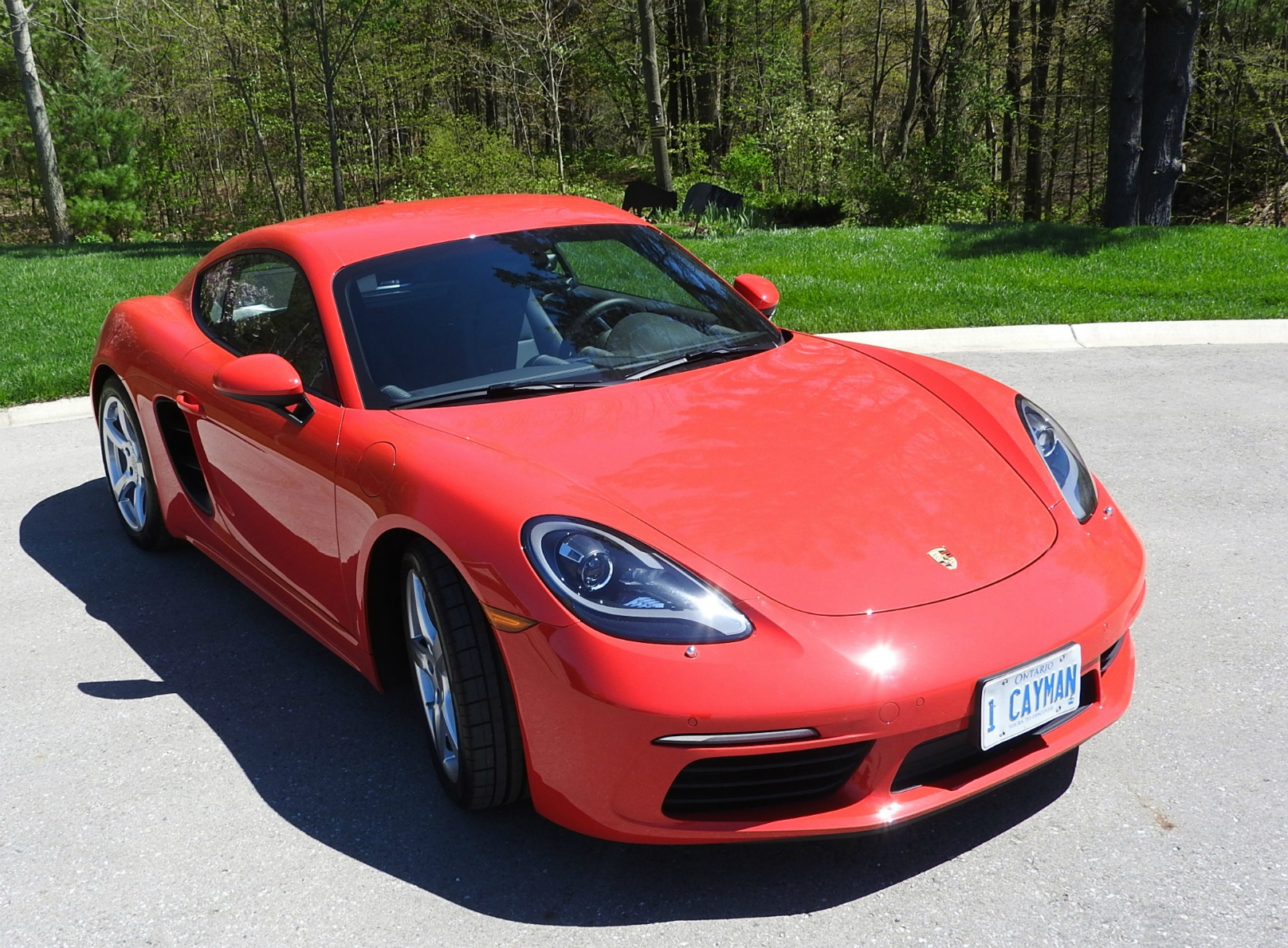 The 718 designation ties the two variants together as one model and also brings a bit of history into play as 718 was the moniker of an original Porsche race car that campaigned in the late ’50s and early ’60s.

While significant sheet metal updates have been made to both the 718 Cayman and 718 Boxster, the cars don’t look all that much different from a styling standpoint.

However, Porsche says that every body part except the trunk lid, roof and windshield have been changed to give the 718 Cayman a more striking, athletic appearance. 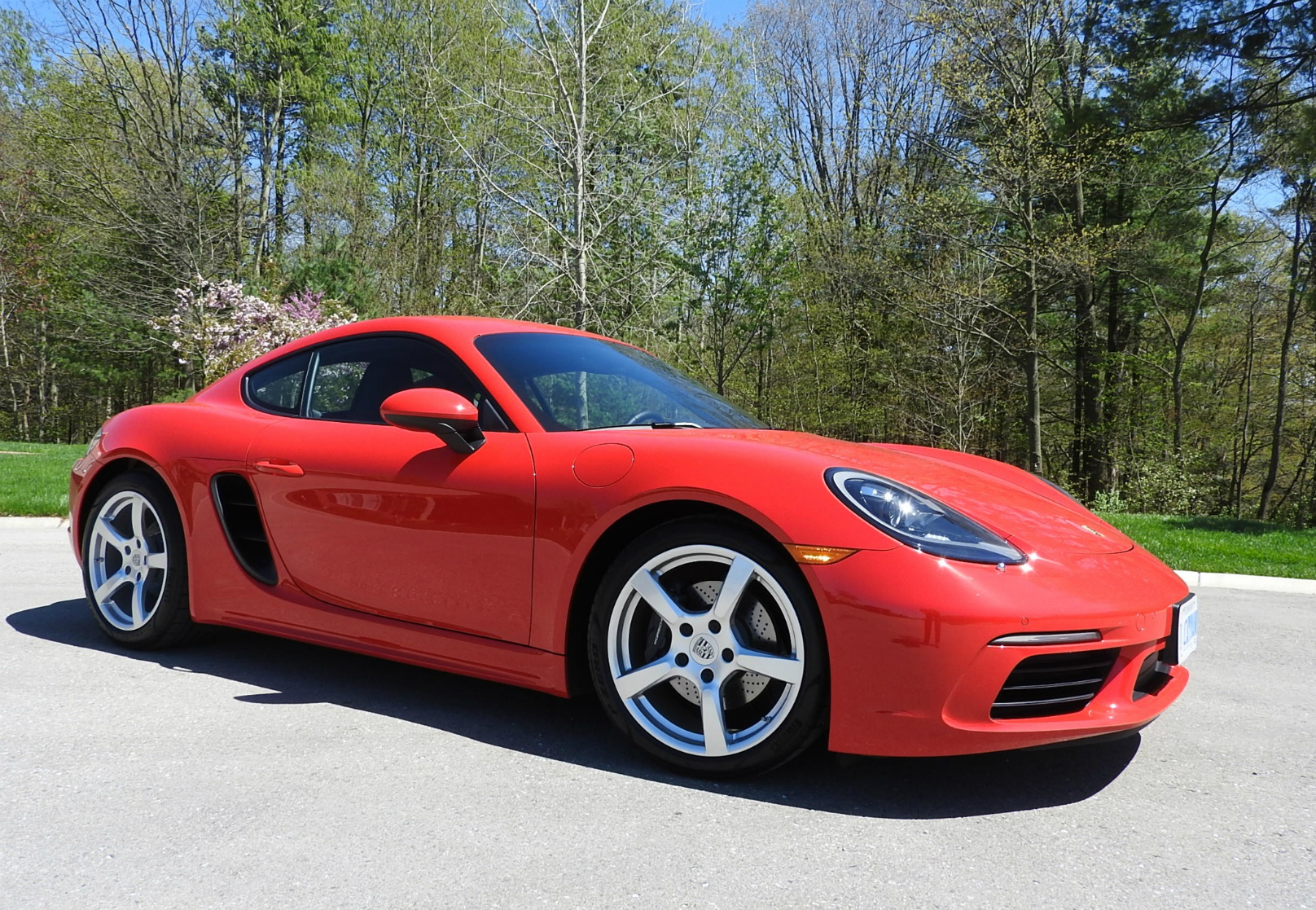 The big news is inside where two new, flat-four twin turbo engines replace the  ‘boxer’ sixes of the past in both the 718 Cayman and 718 Boxster, making engine output identical in both the coupe and roadster for the first time.

Although smaller in displacement, both engines produce 25 more horsepower than their respective predecessors and up to 67 lb/ft more torque. At the same time, the engines are 13 per cent more fuel-efficient. It just shows how far engine technology has come.

Our tester was a standard 718 Cayman, dressed in a brilliant Guards Red paint colour that was an attention-getter wherever we travelled.

Two transmissions are offered on the 718 Cayman. Ours came with the standard six-speed manual that has been reinforced with new components and a stronger clutch to handle the increased torque of the new turbocharged engines.

Optional is a seven–speed dual-clutch PDK that offers both automatic and manual shift modes. Interestingly, on this new PDK Porsche says the shift direction has been reversed in manual mode in line with racecars — forward to downshift, backwards to upshift.

The chassis has been re-tuned in the 718 Cayman with firmer springs and stabilizer bars, while the steering is 10 per cent more direct, making it more agile and easier to handle during spirited driving. Part of this is due to the new steering gear, making its way into the 718 from the 911 Turbo.

I didn’t get any track time with the 718 Cayman, but we did venture into the country and tested it out on some of the twisties in the region.

Eighteen-inch alloy wheels are standard, but our tester had the optional 19-inch Cayman S wheels. The brakes are bigger than before, 330 mm up front and 299 in the rear.

A couple of other optional features that are worth considering are Porsche Torque Vectoring which improves traction and agility, and Porsche Active Suspension Management (PASM) that lowers ride height by 10 mm on the base car and 20 mm on the Cayman S.

The performance enthusiast may also opt for the Sport Chrono Package that now includes four drive settings— Normal, Sport, Sport Plus and Individual that can be accessed through a dial on the steering wheel.

Porsche says the design of the new 718 Cayman emphasizes the close relationship with the 718 Boxster.

Except for the top and the trunk lid, the bodies of the two variants are closer than ever before, much like the 911 Coupe and Cabriolet models. 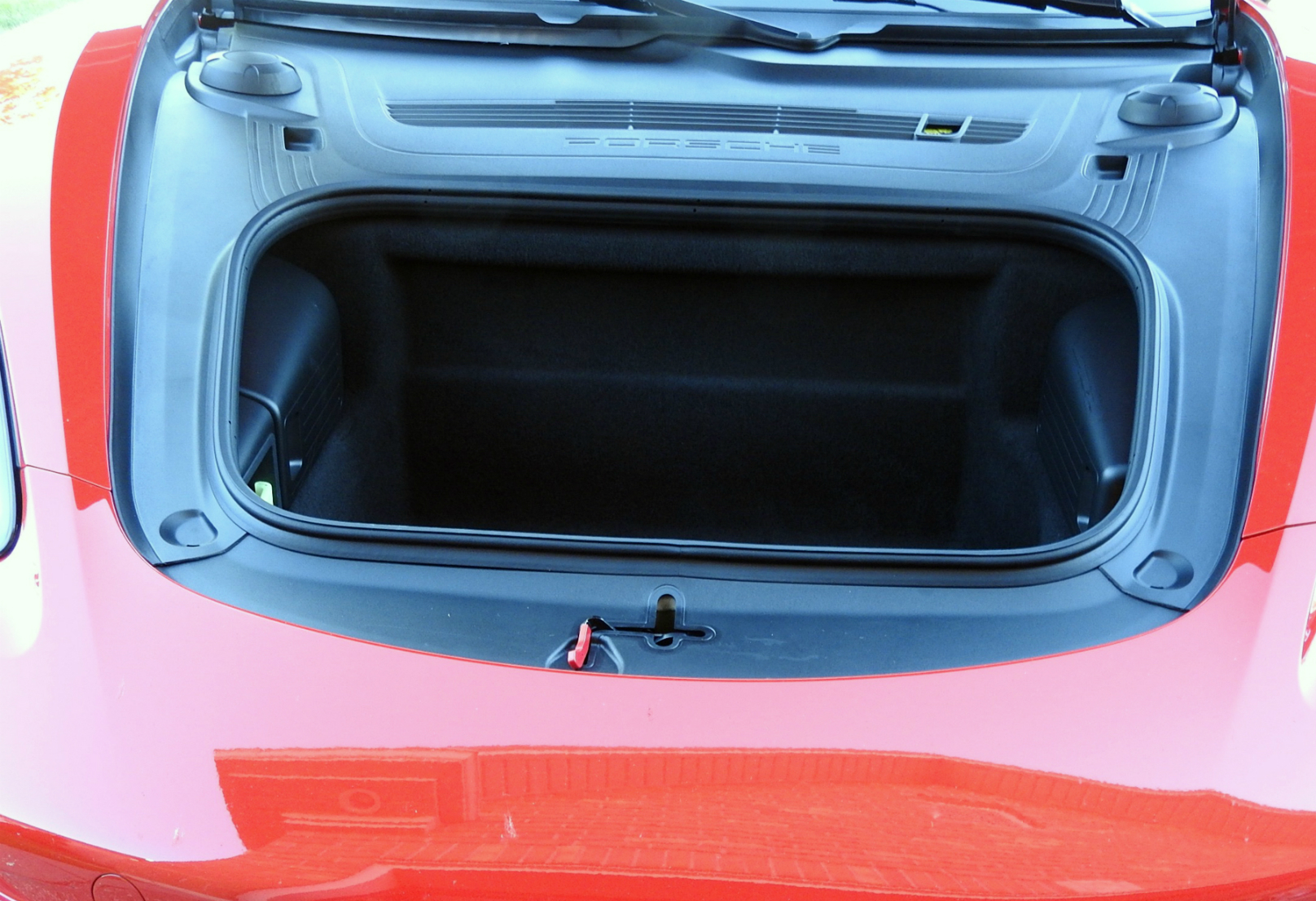 Inside, the cabin has a simple, yet practical layout. It is perhaps a bit more upscale than previous Porsches I have driven; yet it is still driver-focused all the way.

The optional 14-way power Sport Seats are a pricey option ($2,650), yet comfortable and supportive. The test car also came with a navigation system and Porsche Communication Management (PCM), a $1,980 option. Central to this is the seven-inch colour touchscreen with proximity sensors and multi-touch gesture control.

Also Read: Audi TT S has the ingredients for a smile

If I could find one thing to quibble about with the new 718 Cayman it would be the engine noise.

Yes, there’s still that nice burble and gurgle when one downshifts, but the engine drone from behind thanks to the mid-engine layout can become somewhat draining on a long drive if you don’t have the eight-speaker sound system cranked up.

That said, the new 718 Cayman is a delight to drive.

It’s well balanced, powerful enough and with looks that are sure to attract a crowd.

Just what a sports car is supposed to be. 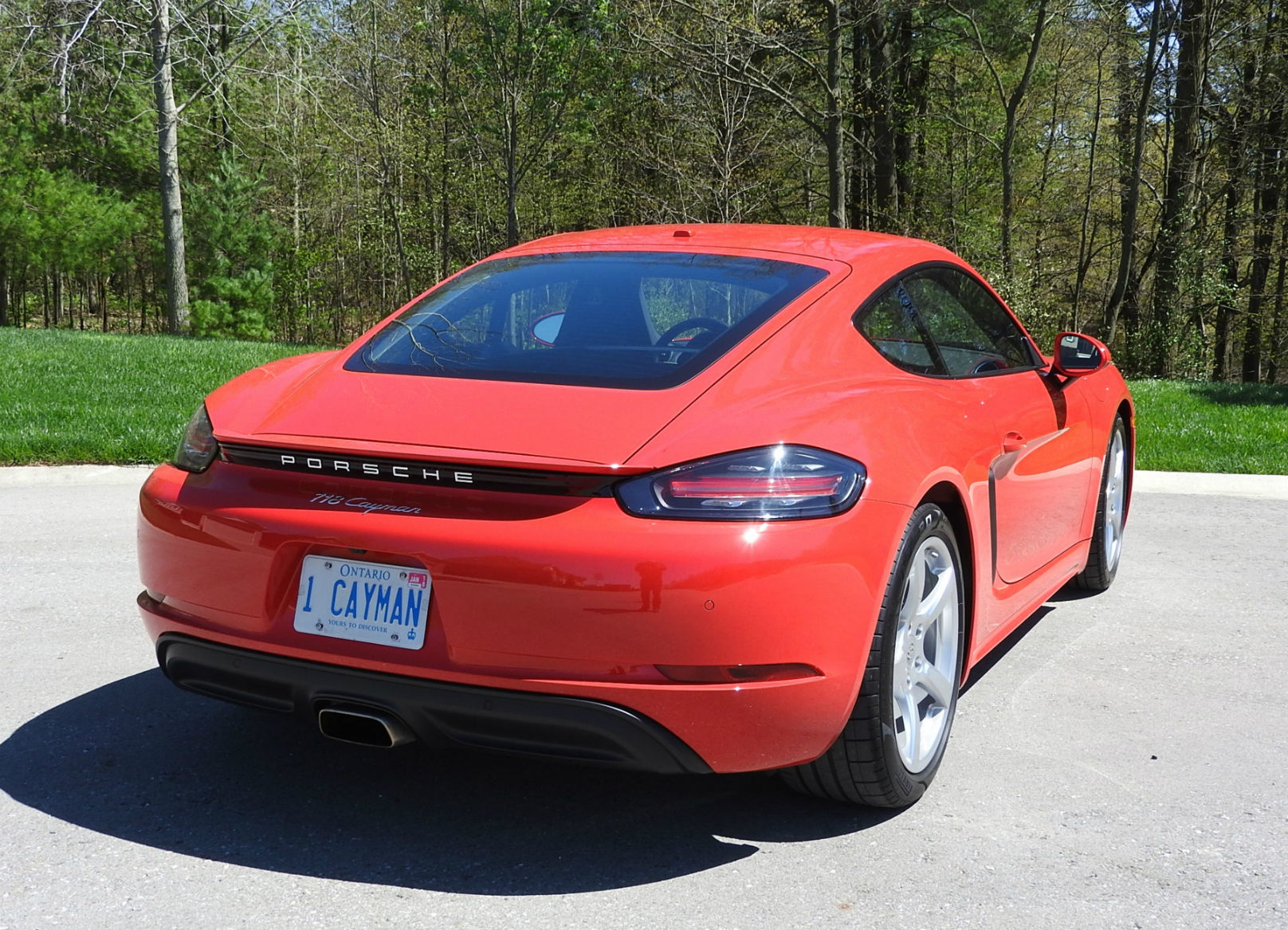