Secondhand: BMW 3 Series a lone champion with a straight-six engine

The car that continues to define the sport-sedan category provides a precision seldom experienced in many other automobiles. Owners marvel at the 3’s refinement, athletic reflexes and stability at speed.

Here’s to the simple elegance of the in-line six-cylinder, the motor Sir Isaac Newton would have had under his hood.

Because each of its pistons has a twin that’s moving in the opposite direction in the same plane, cancelling out the other’s forces, the inherently smooth in-line six does without balance shafts, counterweights or split crankpins. It’s also easier to build, thanks to half as many cylinder heads, camshafts and paraphernalia.

Once the hallmark of storied brands such as Rolls-Royce, Mercedes-Benz and, um, Rambler and Plymouth, the straight six has fallen out of favour as automakers strive to pack compact V6s and fours into smaller spaces.

BMW remains the lone champion of the straight six. Let’s look at the previous generation of 3 Series cars that embraced it.

The fifth generation (E90) of BMW’s premium sport compact went on sale in mid-2005 as a four-door sedan. It was 3.5-centimetres longer in wheelbase, 6 cm-longer overall and almost 8-cm wider than the outgoing model. The 3 wagon appeared not long after, while the redesigned coupe and convertible arrived for 2007.

Being BMW’s entry-level product, the interior looked a little sparse, but the materials and assembly were above reproach. The longer wheelbase provided slightly more rear legroom, but it was still not spacious.

The 2006 330i sedan employed the 255-horsepower, 3.0-L six with Valvetronic, while the bottom-rung 325i used the smaller 2.5-L six with a simpler induction system, good for 215 hp. A six-speed manual transmission was standard, with a six-speed automatic optional.

The 2007 coupe got its own swoopy styling, a firmer suspension and available all-wheel drive for the first time. An updated convertible arrived in spring 2007 with a retractable steel hardtop in place of a fabric lid.

The 2009 sedan and wagon got a facelift as well as a slight increase in rear-track width. Released later that year, the much-anticipated 335d was powered by a 3.0-L, turbocharged inline-six clean diesel rated at 265 hp and 425 pound-feet of torque, tied to an automatic transmission. 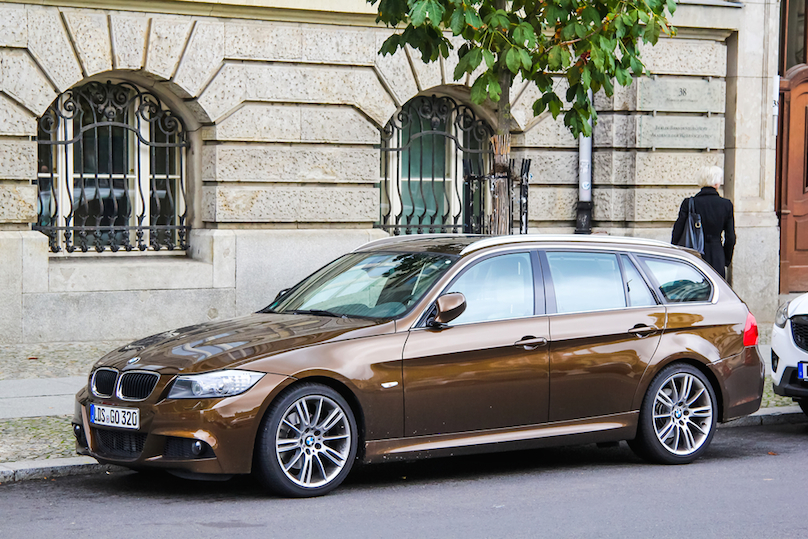 DRIVING AND OWNING THE 3

The car that continues to define the sport-sedan category provides a precision seldom experienced in many other automobiles. Owners marvel at the 3’s refinement, athletic reflexes and stability at speed.

“Inimitable blend of performance and luxury. Driven hard on a twisty road, its purpose comes into focus. Unflappable, big-time fun,” posted one enthusiast.

Zero to 97 km/h came up in 6.1 seconds in the 328i; add almost a full second for the automatic transmission. Need more speed? The turbocharged 335i coupe could do it in a fleet 4.9 seconds.

Owners raved about the car’s agility, powerful brakes and stingy fuel use — though every iteration of the in-line six requires premium grade. The diesel 335d provides surprising economy, along with glorious torque.

While many are happy driving their 3, an unsettling number of reliability complaints should raise flags for used BMW buyers who may not have the benefit of a warranty.

“The water pump died, then two months later, it started to smoke, resulting from two engine gasket seals that needed to be replaced. These repairs were over $2,500,” wrote the owner of a 2011 model who wished he’d opted for extra warranty.

Lousy run-flat tires topped the list of complaints, with many owners grumbling about the inherently stiff ride, replacement cost and short service life.

“Within 34 months, I had to replace six tires and repair the wheels twice. The run-flat tires are a disaster, unrepairable and they destroy the wheels,” reads one online warning.

The turbocharged 335i’s high-pressure fuel pump is notoriously unreliable, but is reportedly covered by an extended warranty. More than a few have had their engine replaced.

“I figure the car smells like a wallet to remind you of how much money you will need to continue to put into it,” posted one disillusioned owner.

Tell us about your ownership experience with these models: Lincoln MKX and Mitsubishi Lancer. Email: toljagic@ca.inter.net .