While visiting England a few years ago, our family was struck by the Lilliputian scale of things o’er there.

London’s compact subway trains felt claustrophobic even when empty, the elevator of our rented condo was so tiny you couldn’t bring home an extra-large pizza, and we mistook our under-the-counter fridge for a dishwasher.

While we luxuriate in seven- and eight-seater SUVs here, Europeans make do with smaller, do-it-all wagons. Ergo, the Ford C-Max.

To ready the C-Max for North American consumption, Ford swapped its 1.6-litre turbodiesel engine with a gas-electric drivetrain to make things interesting. 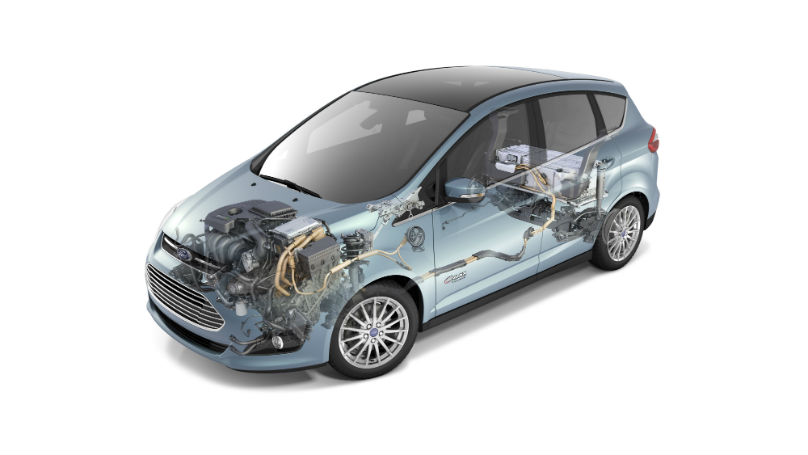 Built on Ford’s front-drive Focus platform, the all-new 2013 C-Max hybrid was a tallboy wagon version of the popular hatchback. Groomed to do battle with Toyota’s Prius, the C-Max was sized between the regular Prius and the bigger Prius V. It was wider and taller than any Prius, which made it roomier — a true fact, having accommodated our family of five while tooting around southern England.

The car’s big greenhouse made for excellent visibility all around. The well-turned-out cabin was rendered familiar with its Focus-like central display screen flanked by big vertical vents. Unfortunately, the MyFord Touch interface exhibited some of the same usability issues other Ford owners have griped about.

“The voice recognition feature does not understand anyone I know. This makes the GPS feature useless,” reads one online complaint.

The 2.0-litre Atkinson-cycle, four cylinder gas engine made 141 horsepower on its own and 188 horsepower in concert with the electric motor tied to the CVT-type transaxle. The C-Max could max out at 100 km/h using electricity alone, thanks to the 1.4 kWh capacity lithium-ion battery pack.

Not enough electrons for you? Ford released the C-Max Energi plug-in hybrid a few months later, complete with a much larger lithium-ion battery array (7.6 kWh capacity) under the luggage area. That allowed it to run solely on electric power for the first 30 km or so, before the batteries depleted and the gas engine kicked in to aid propulsion. The Energi can plug into a wall outlet to recharge its battery pack.

Standard safety gear included antilock disc brakes, traction and stability control, front side airbags, side curtain airbags and a driver’s knee airbag. Other than minor tweaks to the transmission and aerodynamics to improve fuel efficiency, the C-Max and Energi continued essentially unchanged into 2014 and 2015. 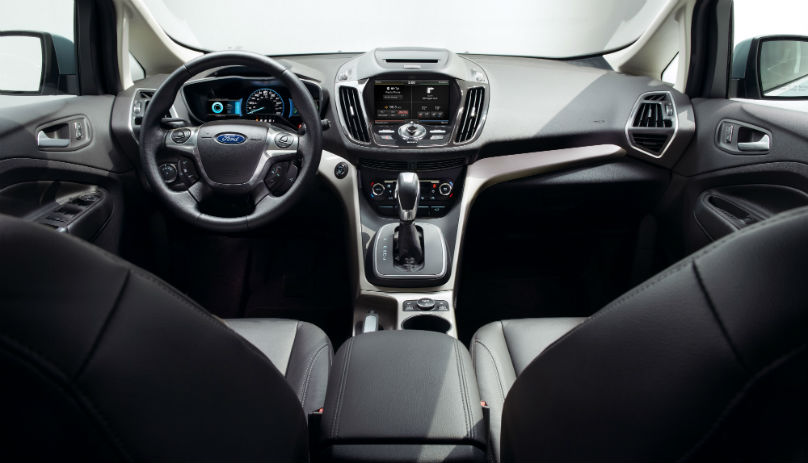 DRIVING AND OWNING THE C-MAX

The C-Max benefited from a body structure that felt tight and solid, like a German car. The suspension is well damped and does a good job soaking up road shocks. The steering is accurate and nicely weighted, although the turning radius is unhelpfully large.

Given the weighty running gear, acceleration is hardly brisk, taking 8.8 seconds to attain highway velocity, though it is quicker than the Prius. Braking performance is a little subpar.

Ford had presented inflated fuel consumption numbers at the launch — 4.0 L/100 km or 71 mpg in the city — that, while government-sanctioned, were refuted by Consumer Reports and others.

“I was getting 47 mpg until the weather got cold. Now it is down to 39 mpg,” reads an online lament. The criticism prompted Ford to voluntarily lower the fuel ratings — not once, but twice — and issue customer rebates.

Mechanically, gas-electric hybrids are reputedly reliable. Ford had initially licenced some of Toyota’s Synergy Drive technology in its early hybrids, but has increasingly struck out on its own (Ford’s eCVT Powersplit transaxle is one example).

Does the C-Max hybrid work well? Oddly, many owners reported repeated problems not with the high-tech gear, but with the conventional 12-volt battery draining and failing to start the engine.

“Sure it is under warranty, but I wish it was under the sea,” wrote one driver who was stranded three times by his C-Max.

Owners point to a suspected parasitic draw on the battery by the car’s electronic instrument panel as a likely cause. Reportedly, Ford has instituted recalls to install new firmware to prevent battery drain.

Add to that: ongoing issues with Sync and MyFord Touch, noisy CVT transmissions, inoperative liftgate latches, wheel-bearing failures and nonexistent spare tires, and it’s easy to see the Michigan-built C-Max hasn’t quite been the model of perfection.