Fancy Fiesta not much fun with automatic transmission

?Small cars became the bone in Henry?s throat,? Iacocca wrote in his 1984 auto-biography.

He eventually persuaded Ford to spend $1 billion developing a ?world car,? with his U.K. and German engineering centres collaborating on its tidy design.

Among the car?s proposed names were Amigo, Bambi, Bravo, Chico, Forito, Metro and Sierra. Bravo got the most votes, but Henry quashed that nonsense and named the car Fiesta.

The 1978 Fiesta arrived from Germany free of American influences. Among other things, it didn?t offer an automatic transmission, limiting its appeal here. So it?s ironic that, 35 years later, the autobox remains the sticking point in the Fiesta?s latest incarnation. 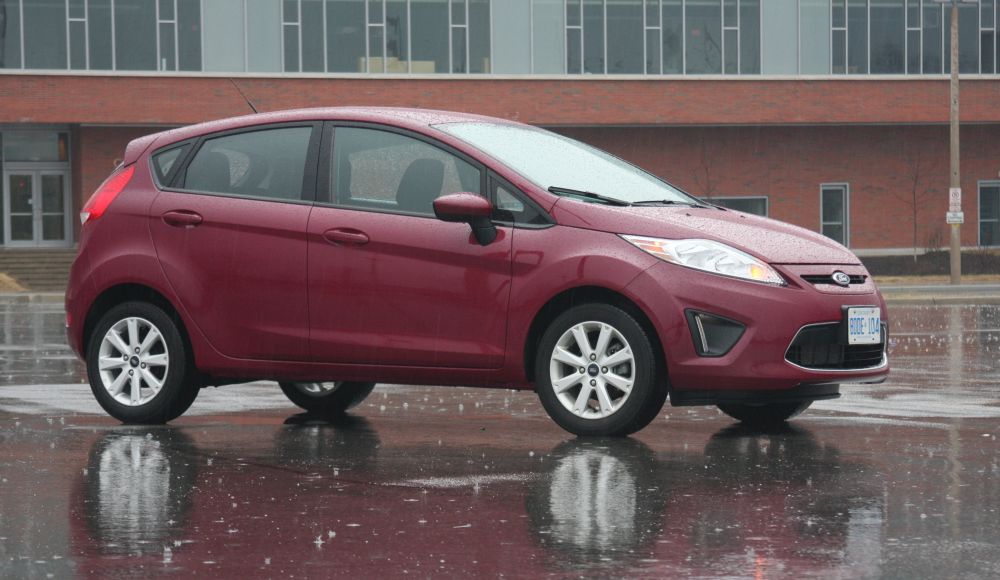 The introduction of the sixth-generation Fiesta marked its return to these shores in mid-2010.

Available as a snappy five-door hatchback and conventional four-door sedan, both models offered an identical wheelbase and interior dimensions.

Built on the front-drive B3 platform engineered by Ford and Mazda, it used a MacPherson-strut front suspension and compact twist-beam rear setup. The electric power-steering system was quick, requiring only 2.5 turns lock to lock.

Inside, the Fiesta wowed impoverished subcompact shoppers with its well-appointed cabin ? a sight for sore eyes.

Among the surprising features were an acoustic windshield and a tilt-and-telescoping steering wheel. Soft-touch materials graced the dash and door panels, and the instrument panel was inspired by a cellphone keypad. The front seats were roomy with good support, but the folding rear bench was claustrophobic.

A DOHC 1.6-L four-cylinder, with variable timing on the intake and exhaust valves, powered every Fiesta, good for 120 hp and 112 lb.-ft. of torque.

It worked through a five-speed manual transmission or six-speed sequential gearbox that emulated an automatic.

Developed by Ford and Getrag, the automated six-speed was optimized for fuel savings by employing two manual transmissions, each with its own clutch alternating shifting duty. One clutch acted on first, third and fifth gear, and the other handled second, fourth and sixth.

The autobox relied on dry clutches and electric solenoid actuation to provide quick shifts and without the hydraulic losses associated with torque converters.

The wee Fiesta came packed with safety gear, including seven airbags (with a driver?s knee airbag), antilock disc brakes, and stability and traction controls. It earned four stars out of five in U.S. government crash testing.

There were no significant changes for the 2012 and 2013 model years. 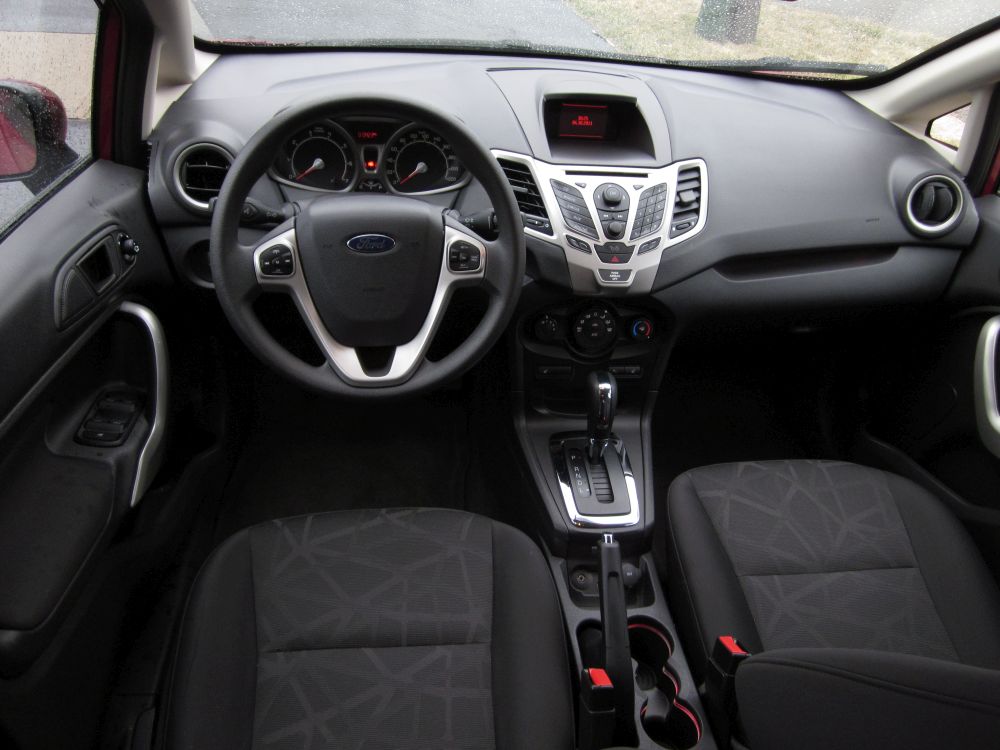 The Fiesta impressed with its well-sorted driving dynamics and refined four-banger. Zero to 96 km/h came up in an underwhelming 9.3 seconds with the lumpy automatic transmission. The five-speed stick shifted smoothly.

Ford managed to infuse its littlest car with characteristics associated with bigger sedans. Its structure was rock-solid, the handling was stable in high winds and the suspension felt expensive. Noise suppression was remarkable for such a small capsule.

Despite the accolades, the Fiesta didn?t quite measure up to two key competitors: the Honda Fit and the kissing-cousin Mazda2. Car and Driver ranked the Fiesta last, due to its lethargic acceleration and somewhat numb steering. Fuel economy was a combined 7.4 L/100 km.

The Mexican-built Fiesta has mostly delighted owners. It delivers a lot of the comforts of larger vehicles ? including decadent options such as leather seats ? in a very small, efficient package that impresses at first glance.

?Some minor quibbles aside, my Fiesta has been an excellent car, great for urban commuting and highway driving,? reader Ken Oikawa wrote.

The notable exception is that dual-clutch automated transmission, which frustrated many drivers with its jerky and noisy shifts, slippage and outright mechanical failure.

?A brand-new vehicle should not require a complete transmission replacement at 1,100 km,? complained one owner online.

The transmission has been the subject of several software updates, but some owners have reported ongoing issues regardless. The manual transmission has also exhibited poor-wearing clutches and slave cylinders.

Tell us about your ownership experience with these models: Toyota Camry Hybrid, Mercedes-Benz GLK-Class and Buick LaCrosse. Email: toljagic@ca.inter.net.