All-around good car has inconsistencies. Biggest improvements to the 2010 model came under the hood.

It’s a cursed sign that can make your blood run cold.

It’s not a pirate ship?s skull-and-crossbones flag, nor is it the Canada Revenue Agency’s letterhead. It?s the tiny wrench icon that can illuminate on a dashboard without warning, leaving you vulnerable.

?All of a sudden the cruise control clicked off, the wrench light came on and the car lost all power. (It) was shaking violently,? reads a post by a terrified driver who steered his failing Ford Fusion onto the shoulder of a busy highway.

This scenario is familiar to many Fusion owners. The U.S. National Highway Traffic Safety Administration logged 1,267 similar complaints about Motor Trend?s 2010 Car of the Year.

The Fusion received a thorough makeover for 2010 after four years of sales growth for Ford?s all-new nameplate that had been slotted between the compact Focus and the full-size Five Hundred/Taurus.

Visually, the Fusion earned a more aggressive front end with a large chrome grille that recalled a Gillette shaving product with the same name, as well as new horizontal headlights in place of the former vertical peepers. The rear fascia was also reworked with bolder taillights and a more pronounced rear deck.

Based on the Mazda 6 sedan, the Fusion carried over its control-arm front suspension and the multilink rear setup to preserve its handling traits. The four-door-only unibody featured rubber-isolated subframes front and rear.

The power steering system was changed from hydraulic to electric assist.

Inside, the revised dashboard incorporated softer materials and an electroluminescent instrument cluster that was bright, legible and distinctly upscale. There was room for an optional Sync-enabled navigation system on the centre stack, despite the proliferation of tiny buttons.

New seats improved the accommodations for five people, although headroom with the optional sunroof was a little restrictive for some. Split-folding rear seats were standard, expanding what was already generous trunk capacity.

The biggest improvements were found under the hood. Mazda?s former 2.3-L DOHC four-cylinder base engine was bored and stroked to displace 2.5 litres, sufficient for 175 hp and 172 lb.-ft. of torque. Optional was Ford’s Duratec 3.0-L DOHC V6, reworked to churn out 240 hp and 222 lb.-ft. of grunt.

New to the Fusion was a 3.5-L DOHC V6 shoehorned into Sport models, rated at 263 hp and 249 lb.-ft. of torque. The V6s came bundled with a six-speed automatic transmission, while the four-banger came with a new six-speed manual stick or the optional automatic. All-wheel drive was available with either V6.

The Fusion remained largely unchanged for two more years before being replaced by the second-generation car for 2013.

Zero to 96 km/h came up in 8.1 seconds in the four-cylinder model with a manual tranny and 9.0 seconds with the slushbox, while the V6 could coax the Fusion to highway velocity in 7.1 seconds. The big-engined AWD Sport could do it in a speedy 6.7 seconds.

Braking from 112 km/h took an unusually long 62 metres to come to a standstill. Road grip was unremarkable at 0.80 g with the 17-inch wheels and tires.

There were owner complaints about the high level of road noise from a variety of sources, particularly tire impacts and thrum. Changing tire brands can mitigate the din. Some V6 pilots expressed surprise at their cars? thirst for fuel.

?I’ve taken it to two dealerships and they?ve told me that I need to drive it like grandma in order to get better mileage,? complained one owner, who reported just 18 mpg (15.5 L/100 km) around town. The four cylinder works better, given today?s fuel prices.

But as noted off the top, the car can exhibit unsettling problems.

The electronic throttle body fitted to both the 2.5-L and 3.0-L engines has been failing in large numbers, leaving drivers either stranded or only able to ?limp? home. Ford attributes it to electrical connectivity problems and provides a 10-year warranty on the component. Curiously, the NHTSA did not order a safety recall. 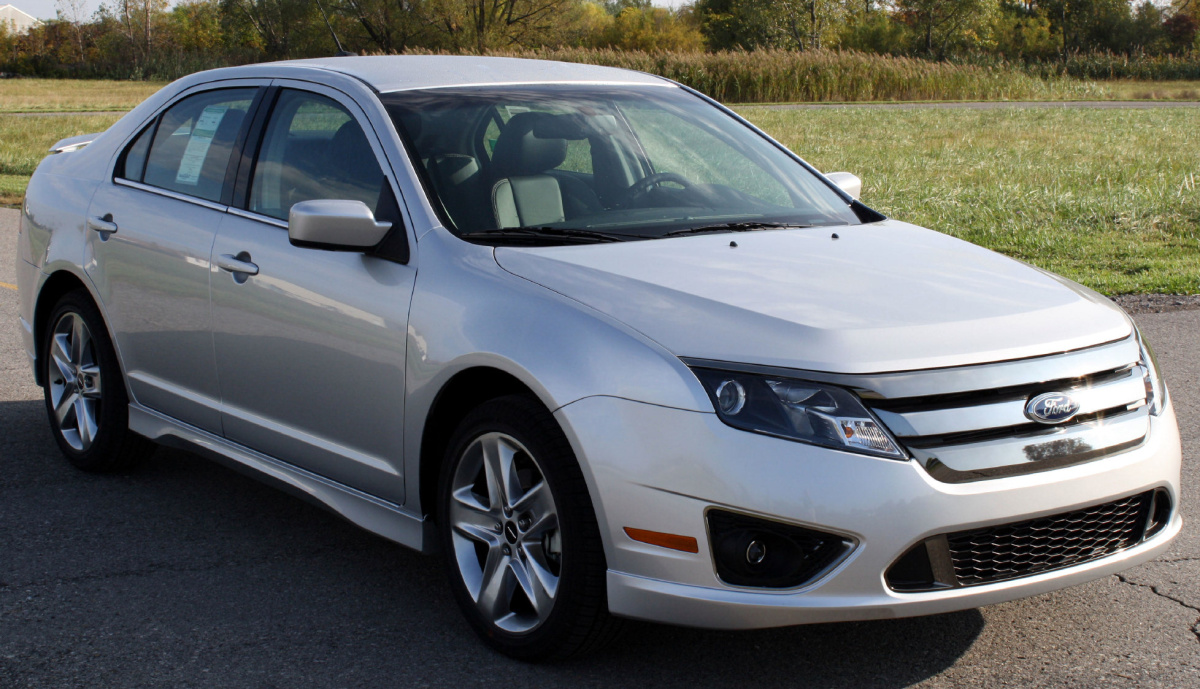 Tell us about your ownership experience with these models: Toyota Prius, Volkswagen Golf and Cadillac SRX. Email: toljagic@ca.inter.net.