While hardly a big seller around here, Audi?s sixth-generation A6 sedan sold like bratwurst back in the fatherland when it was launched in 2004.

With its sharply tailored lines and trapezoidal grille, the A6 won over new fans. Coincidentally, just as BMW unveiled its Banglized 5 Series and Mercedes was marketing its upright E-class doktor?s car.

Surprisingly, Audi?s new design language was penned not by a German, but by Satoshi Wada, a graduate of Musashino Art University in Tokyo, who started his career at Nissan. It took a Japanese designer, working with design chief Walter de Silva, to shake up the staid German executive-class sedan market.

What’s next? Will ramen noodles replace sauerkraut on Bavarian tables? 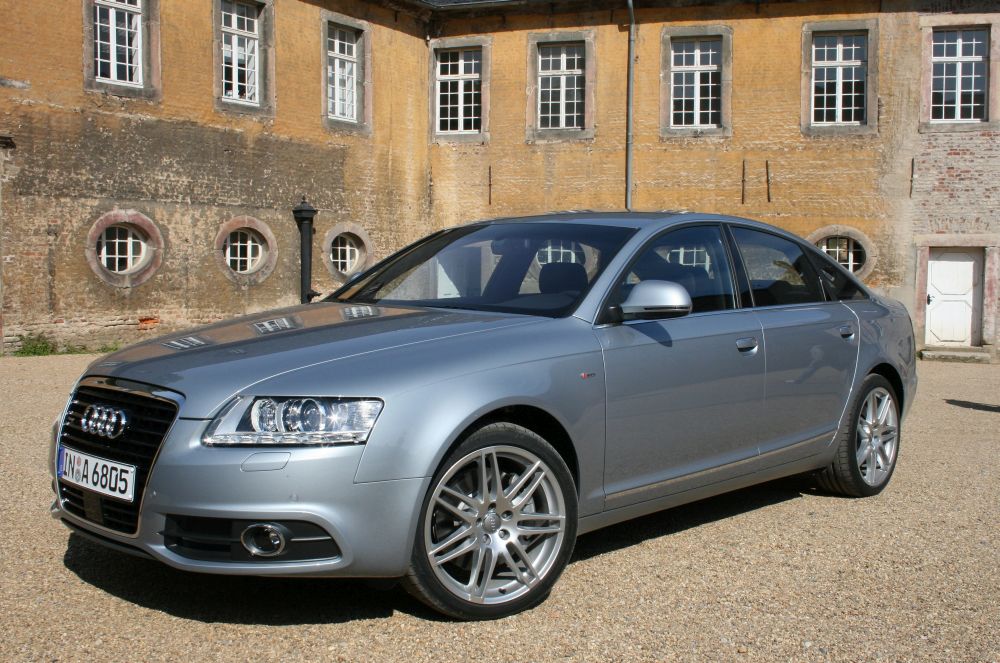 After four years on the market, the A6 sedan and Avant wagon underwent a subtle refresh for 2009. Changes to the bumpers, grille and headlamps, plus LED running lights and tail lamps, gave the car an updated look. Lowering the suspension by 2 cm. resulted in an aerodynamically efficient 0.28 coefficient of drag.

The previous optional air suspension system was ditched in favour of conventional hardware. All A6s used a four-link front suspension and trapezoidal-link rear set-up with new front shock absorbers and revised spring rates all around.

Occupants were treated to the usual impeccable furnishings inside, highlighted with chrome accents. Audi?s MMI infotainment system got a software upgrade to make it more intuitive. (Many already found it easier to use compared to BMW?s iDrive). High-tech aids included radar-guided adaptive cruise control, lane-departure warning and sensors to identify other vehicles in the driver?s blind spots.

The big news for 2009 was the introduction of Audi?s 3.0-L TFSI supercharged V6, making 300 hp and 310 lbs.-ft. of torque. The 3.0 was coupled to a six-speed automatic transmission and Quattro all-wheel-drive exclusively; it was the only drivetrain powering the Avant.

The high-performance S6 relied on a 435-hp, 5.2-L V10 engine to scorch its tires. All engines used direct fuel-injection.

The Quattro system was reconfigured, abandoning the old 50-50 torque split for a rear-wheel bias, delivering up to 85 per cent of torque to the rear tires for more sporting handling dynamics. 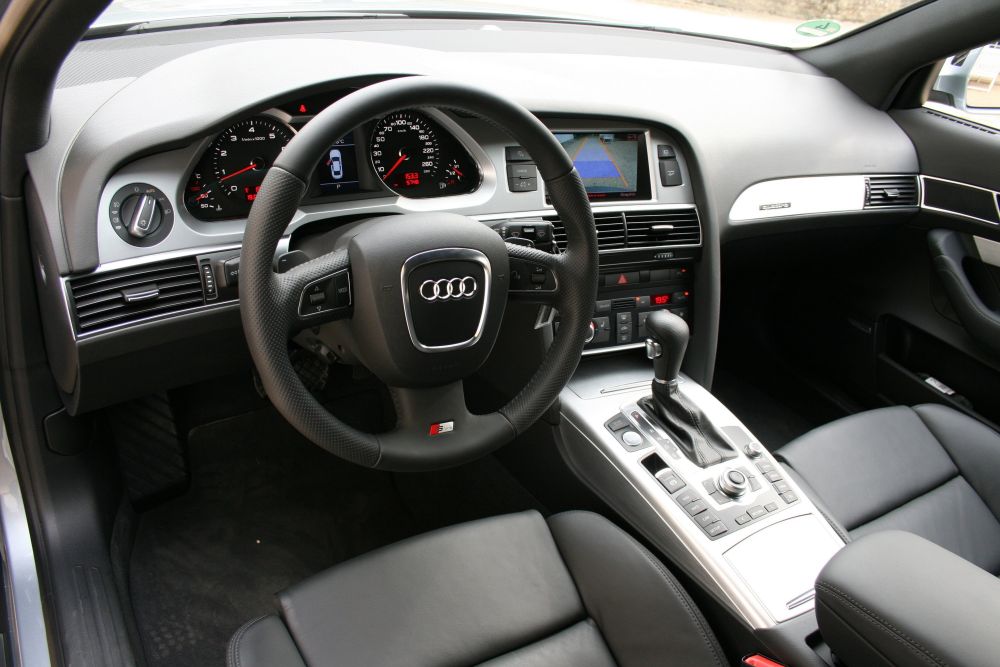 The new supercharged 3.0T V6 took 5.6 seconds to reach 96-km/h, outrunning the compact V8 (5.8 seconds) and the base V6 (7.2 seconds), proof that supercharging has its place, even when saddled with weighty all-wheel-drive gear.

?Jason Statham made a sale. This car rides significantly better than the

The suspension changes made for a more supple ride, especially on 19-inch alloy wheels and low-profile tires, which have little sidewall to give in a pothole encounter. In a published comparo of five 2009 luxo-sports sedans, the A6 beat all comers to rank first.

Drivers were delighted by the car?s aversion to gas stations; all engines appeared to use (premium) fuel conservatively for good highway mileage.

It?s no wonder the German-built A6 is a fixture on the autobahn; it lives up to its executive-jet aspirations with strong motors, a sumptuous interior, a refined ride and communicative steering.

Moving up to the A6 from the A4 gets you more Audi gear and less Volkswagen tooling; there?s no oil-burning 2.0T four-banger to contend with. Reported mechanical headaches are relatively few in number. (Then again, A6s are scarce on the ground here.)

Tell us about your ownership experience with these models: Honda Civic Hybrid, Chevrolet Traverse and Porsche 911.

What?s Best: Posh designer interior, Quattro grip, not everyone has one.