According to the Urban Dictionary, Audi inadvertently contributed to our evolving lexicon with its groundbreaking 1982 Audi 5000.

The reference recalls the notorious reputation Audi?s aero-egg sedan earned for unintended acceleration, which is why the German brand is synonymous with leaving suddenly.

In reality, investigators discovered the 5000 had an undersized brake pedal mounted too close to the accelerator. Some motorists had mixed up the two. Driver error was to blame, but it would take almost 15 post-calamity years before Audi regained its North American sales. 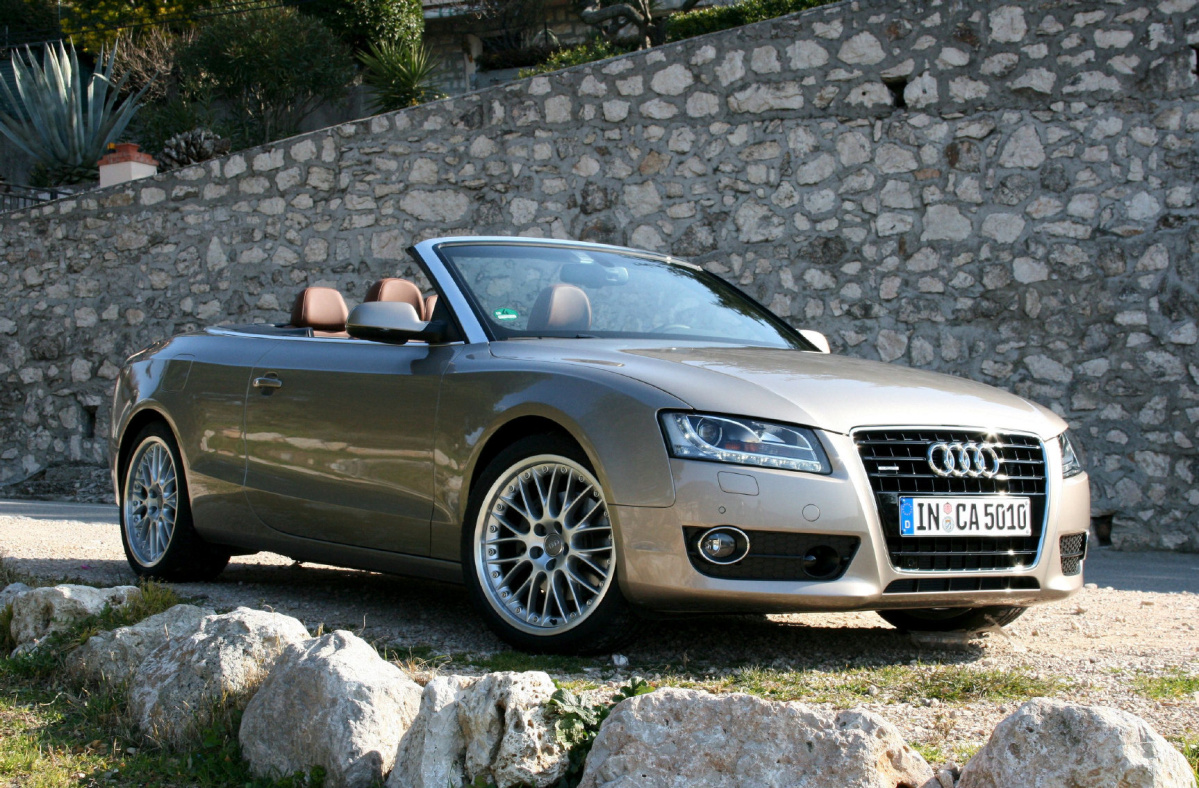 Audi grew as a successful importer of capable sedans, wagons and sport utilities. All that was missing was a large coupe, a gap that was addressed in fall 2007 with the Audi A5.

The two-door A5 ushered in the new MLP architecture, which would soon underpin the next-generation A4 and A6 sedans. By mounting the differential ahead of the clutch and shifting the front axle further forward, Audi?s telltale overhang was reduced substantially.

The net result was a more balanced and athletic platform, further augmented by relocating the steering rack under the engine to lower the car?s centre of gravity. Enhanced suspension geometry included aluminum control arms up front and a multi-link setup out back.

Inside, occupants were treated to an exemplary Audi cockpit with a sculpted dashboard, tasteful aluminum trim, great ergonomics and articulated seating. Not everyone, however, appreciated the car?s aggressively bolstered chairs.

?I hate the lumbar on the sport seats. Cannot get a comfortable position. Big bump in my lower back,? griped one owner online.

The rear seats were tolerable, though it?s hard to imagine two six-footers being comfortable there for long. Oddly, the standard sunroof only tilted and didn?t slide open.

The A5 was powered by a direct-injection 265-hp 3.2 L V6, essentially the old 3.1 with a 1 mm-larger bore and a new variable valve-timing-and-lift system. The V6 mated to a six-speed manual or optional automatic transmission.

The sporting S5 variant used the A8?s 4.2 L direct-injection V8, good for 354 hp and 325 lb.-ft. of torque. It got only the manual gearbox at first; the autobox would arrive for 2009. All models came standard with Audi?s Quattro all-wheel-drive system, leather upholstery and three-zone climate control.

The 2010 Audi A5 lineup gained a new convertible with an insulated, tight-fitting soft top. A 2.0T four-cylinder model was introduced to lower the entry price, using Volkswagen?s 211-hp 2.0 L turbo engine that put out a prodigious 258 lb.-ft. of grunt. In 2011 it became available with a new eight-speed automatic, while the V6 was dropped altogether.

Credit the rigid MLP platform for the A5?s refined and well-sorted ride. Equipped with low-profile 19-inch rubber, the coupe could generate 0.91 g of lateral acceleration (grip) on a skid pad. Braking performance was exceptional.

Driven hard, however, revealed the S5 to be a nose-heavy car. With the V8?s entire mass situated ahead of the front axle?s centre line, the S5 was utterly unhappy on a racetrack.

Not that everyday drivers would notice. Owners raved about the car?s willingness to accelerate, turn and stop with aplomb. Surprisingly, the lighter 2.0T may be the most satisfying model to drive.

Enthusiasts welcomed the A5/S5 into the inner circle of coveted performance coupes. They adored the car?s willing engines, talented chassis and sensual lines.

?A man was too busy looking at my A5 (when) he drove into the car in front of him,? boasted one owner?s post.

This is where we habitually warn second-hand shoppers about German-engineered Audis, except we don?t have much of a litany of mechanical deficiencies to divulge. It seems the A5 has been keeping its gorgeous nose clean, according to fawning owners.

Mechanical hiccups have been limited to reports of oil consumption (the 2.0T is notorious), some failed water and fuel pumps, bad sensors, a few truculent automatic transmissions, and some cabriolet tops that leaked or malfunctioned.

Perhaps most common is the tendency of the optional 19-inch alloy wheels to absorb potholes badly and bend. You?re likely better off with the 18-inch rims and more substantial tires.