Preview: A3 / S3 an enticing entry into the Audi club

The S3 is a refined firecracker that can put the scare into a number of more powerful cars. Yes, there’s some turbo lag down low, but once beyond that this diminutive four-door scoots.

MUNICH — Premium European automakers have a mission. They want to get buyers hooked on their brands early and keep ‘em in the fold as their tastes (and portfolios) mature. Exhibits “A” though “C” here in North America would be the BMW 2 Series, Mercedes A-Class and the Audi A3.

The current third-generation Audi A3 sedan was introduced at the 2013 New York Auto Show and impressed with its overarching quality, fine dynamics and frugal four cylinder engines. For 2017 this classy compact gets a mid-cycle refresh.

I’m here in southern Germany to sample what’s in store for us when these updated models start arriving in September as the 2017 A3 sedan, the potent S3 sedan and A3 sportback e-tron plug-in hybrid five-door hatchback.

RELATED: BMW’s 340i updates a blast to drive

Problem is, this being an international launch, the majority of A3s at our disposal are mostly not relevant to our market. Lots of cool forbidden fruit though — diesel hatchbacks, a 1.0-litre three-pot fuel sipper and an S3 cabriolet. Sorry, no S3 cabriolet for us in Canada. 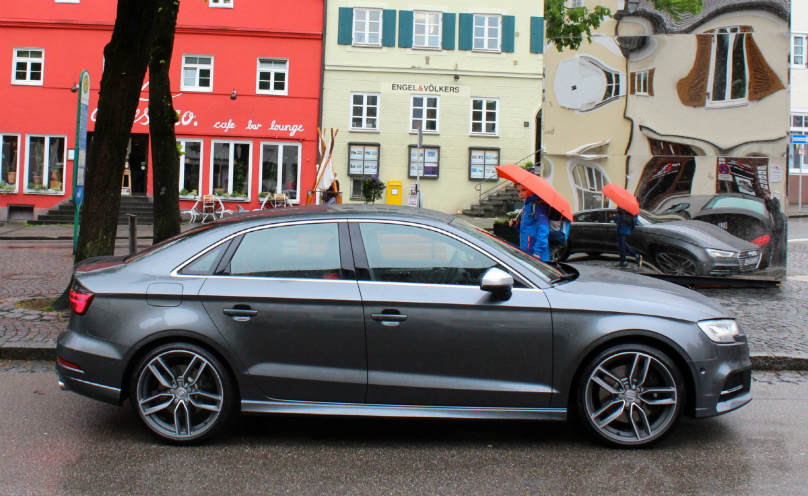 Visually, you’ll spot the 2017 A3 by its more angular grilla, slimmer standard Xenon (optional LED) headlights and a more aggressive lower fascia. New LED tail lights spruce up the back. Nothing earth shattering here, but the tweaks bring the A3 in line with newer Audis. A selection of new colours and redesigned standard wheels round out the cosmetic changes.

The interior carries forward with its elegant and uncluttered look. On start-up, the 5.8-inch MMI screen glides up from a slot in the dash. The MMI interface gets a new menu system that is similar to that of … you guessed it, a smart phone. Additionally, handwriting detection comes courtesy of the upper surface of the central control knob. The knobs and switches now have white backlighting, and a USB port is now standard.

The big tech news for the 2017 A3 is the inclusion of Audi’s Virtual Cockpit in the Technik trim level — available on all but the entry-level front drive model. This 12.3-inch digital TFT display replaces the traditional central gauge cluster and offers several configurations — the most impressive being the crystal-clear navigation display with a small speedo and tachometer living in the lower corners. 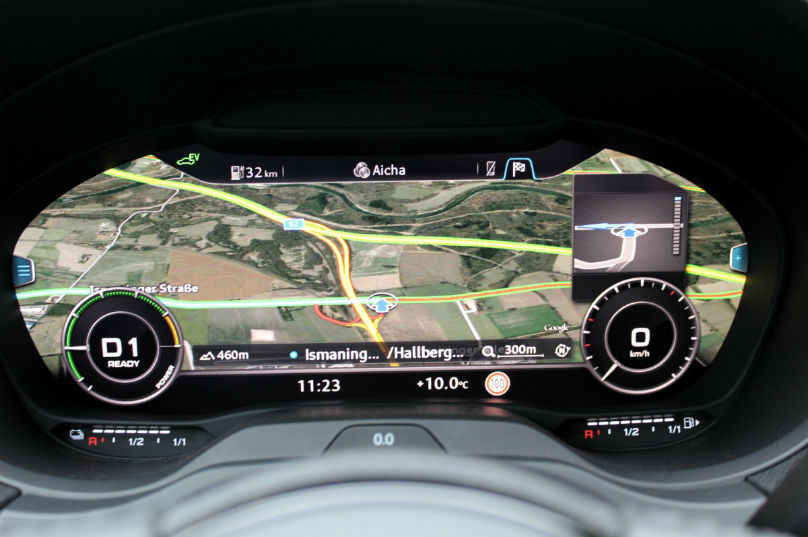 Mark Richardson and I grabbed a Nano Grey Metallic (new colour) S3 sedan and headed for the lovely Bavarian B-roads and crowded Autobahn. It was cold and rainy — not the greatest for sightseeing or photos — but certainly good for experiencing the rapid S3’s inherent stability and lousy weather capability.

This is a bloody fantastic car.

Yes, there’s some turbo lag down low, but once beyond that this diminutive four-door scoots like a scalded cat. Steering is deadly accurate (if a tad numb), and with its tweaked Haldex AWD system the S3 dismisses such things as, oh … corners, with an aloof neutrality. 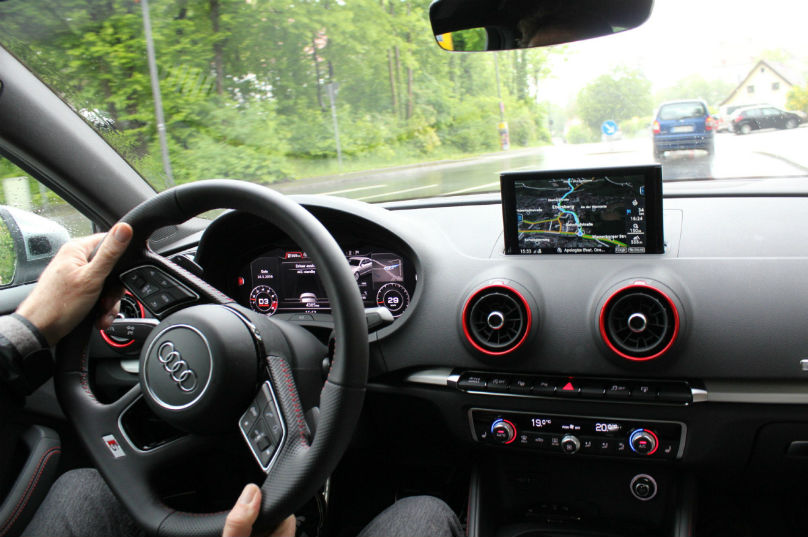 This is a point and shoot car of the highest order. The transmission bangs off shifts with lighting speed, and full throttle upshifts are punctuated with delightful pwoofs from the exhaust.

The entry-level front-wheel drive A3 gets a fresh drivetrain for 2017. Previously powered by 170 horsepower 1.8-litre turbo four-cylinder, the 2017 model runs with a completely new 2.0-litre turbo four sporting an innovative combustion process that promises greater fuel efficiency. It makes 186 horsepower and a healthy 236 lb-ft. of torque, and it powers the front wheels through a new seven-speed twin-clutch S tronic gearbox. Auto start/stop is standard issue. No manual transmission is offered on any A3 here in North America.

Next up, the 2017 A3 2.0 TSFI Quattro continues with its 220 horsepower, 258 lb-ft. four connected to a six-speed twin-clutch S tronic ‘box. The only mechanical change for 2017 is the addition of fuel-saving auto start/stop. A Technology Package adds active lane assist, adaptive cruise with stop and go, and forward collision mitigation.

If you’re a hatchback fan and a greeny with $40,000+ to spend on a slick premium plug-in hybrid, the Audi A3 Sportback e-tron plug-in hybrid could be your ride.

The heart of the matter is a 150 horsepower 1.4-litre TSFI four working in conjunction with a 102 horsepower electric motor. Total system output is 204 horsepower, and it reaches the front wheels via a six-speed dual-clutch S tronic transmission. Claimed maximum EV range is 50 km — we saw about half that.

There are drawbacks to this pricey nod toward electrification. The 96 liquid-cooled lithium-ion cells add plenty of weight and cut into hatch space. And this hybrid loses some of that fun-to-drive character which is found in the gas models. 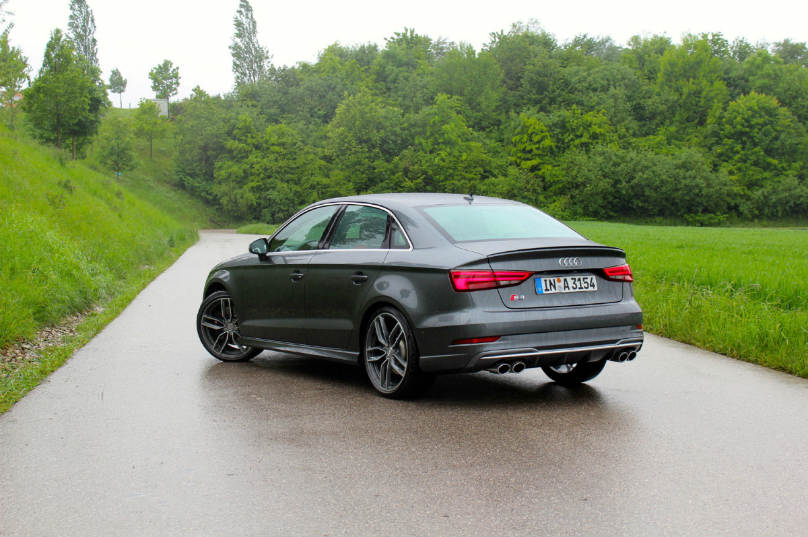 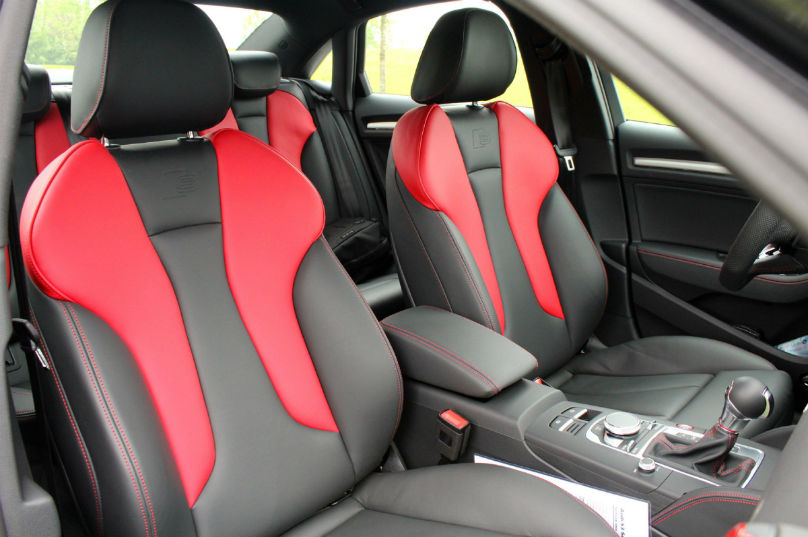 LOOKS: The 2017 upgrades give the A3 more visual edge. Still, a classy and understated car.

INTERIOR: Might seem a bit Spartan on first blush, but the high quality is a gift that keeps on giving. Available Virtual Cockpit super cool and functional

PERFORMANCE: The S3 is a refined firecracker that can put the scare into a number of more powerful cars

TECHNOLOGY: From the new 2.0L four and seven-speed auto in the base FWD model, to the Virtual Cockpit to the capability of the S3 performance variant, the Audi A3 lineup is packed with cutting edge technology, both mechanical and electronic. Oh, and it finally gets a USB port. Duh.

Travel and other expenses were covered by the manufacturer. To provide feedback, email wheels@thestar.ca and put the writer’s name in the subject line.