Road Trip: Toyota Sienna not a van to strike out

How does this Toyota minivan hold up in a shrinking segment? Stephanie put it to the test with a road trip to see the Jays’ farm team play in Buffalo.

For many people, Buffalo is nothing more than a pass-through city known for its airport or access to the I-90. It’s doesn’t exactly have a reputation for being a road trip destination on its own.

But a 90-minute drive and quick hop across the border can net a fun and very affordable afternoon out for even large families.

Between my family of three and friends of ours — a family of four — we packed a Toyota Sienna minivan to the hilt and headed south to take in a classic afternoon of some of the best this underappreciated border town has to offer.

On deck would be some junk food, Buffalo chicken wings — and baseball with a connection to the Toronto Blue Jays. 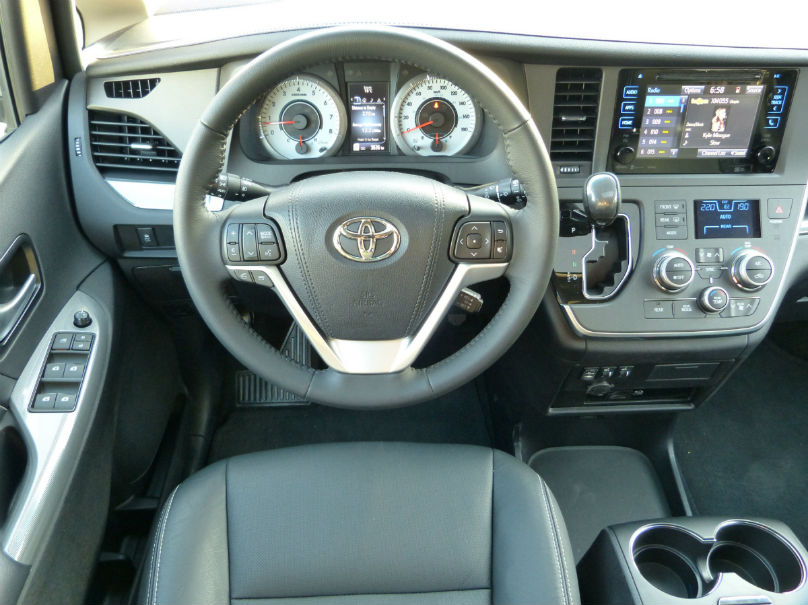 There’s a glaring spotlight on minivans these days. With Chrysler’s new Pacifica, will the segment see some much-needed rejuvenation?

A more interesting question is: Did the Toyota Sienna actually need Chrysler’s help with that?

In a segment that’s shrinking, sales of the Sienna have been trending upward over the past couple of years.

Part of that growth can be chalked up to attrition as several competitors have kicked their own minivans to the curb.

But of the choices that are left, there are a few things that the Sienna is doing better than the others — yes, even the shiny new Pacifica 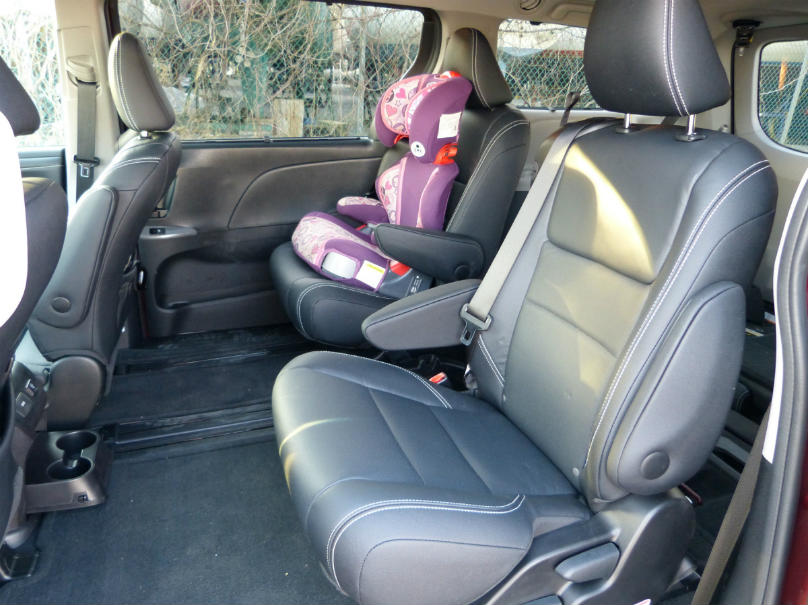 What does it do well? 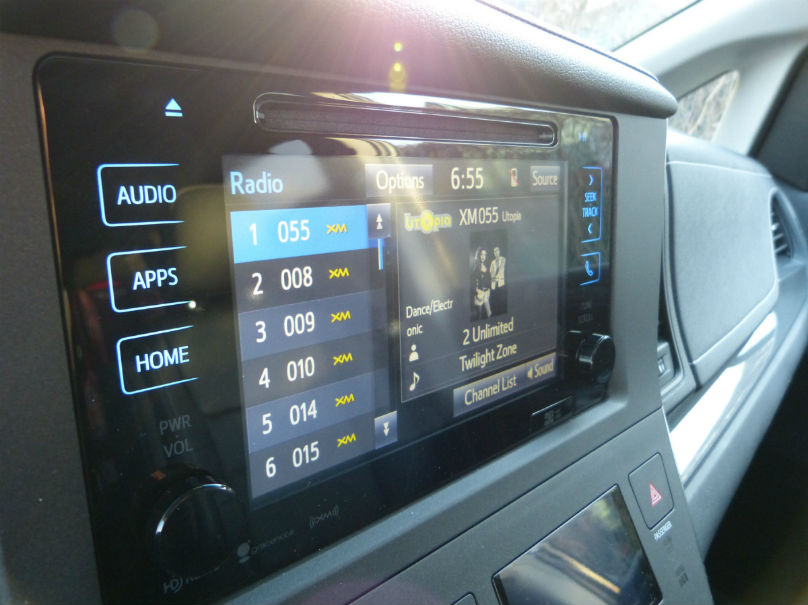 What could it improve? 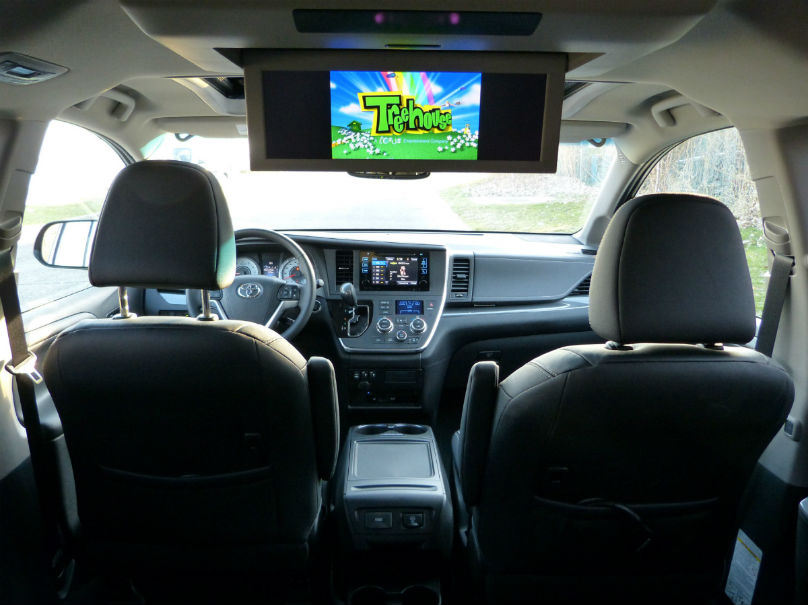 Would I choose this over its competition? I’d think hard about it — all-wheel drive is worth hesitating for — but I would ultimately look elsewhere. I do too much city driving to fight with the Sienna’s girth when other vans fit into urban life more easily, plus tech usability is important to me.

But I can definitely see how confirmed minivan drivers who like lots of space in their lives, both outdoors and inside their vehicles, would enjoy the Sienna a great deal — which might explain why sales of it are climbing in this vast country of ours.

TAKE ME OUT TO THE BALL GAME

We started with lunch at the original Anchor Bar, the birthplace of the classic Buffalo chicken wing.

It’s a spot worth checking out, not only for the food, but also for the decor. Gearheads will delight in the classic bikes and motoring memorabilia adorning the walls.

The seven of us had a bucket of 50 wings, a large pizza, and soft drinks for everyone plus pints for the two guys for just over $80 U.S., and we had food to spare.

Amazingly, at noon on a beautiful spring Saturday afternoon, there was no wait at all for a table.

This left us time for those most Canadian of cross-border pastimes, a stroll through a Tops supermarket to ogle at all the junk foods we don’t get at home — there was even a Tim Horton’s inside with a “Welcome Canadians” sign — and a stop at the pumps to fill up our tank on the cheap.

The big event was downtown at Coca-Cola Field where we took in a Buffalo Bisons game.

This activity was our friends’ suggestion, and I’m grateful they thought of us. I had no idea it was still possible to find such an authentic, old-fashioned ball game experience around these parts.

This is no trip to the Rogers Centre, which feels like a monolith in comparison. Here, we parked less than a block from the park, bought ball caps, popcorn, and peanuts, and found our seats a few rows up from the left-field foul line, all within 15 minutes of getting out of the van.

The Bisons are the AAA affiliate of our own Toronto Blue Jays, so we had a chance to watch some young stars in action with a legitimate shot at playing for our home team in the big leagues someday.

Our kids filled their faces with cotton candy, danced with mascots Chip and Celery (yes, as in the vegetable that comes with your Buffalo wings), and did their best to catch the balls the players tossed into our section at the end of each inning.

And the best part? Our premium tickets cost a whopping $7.00 each. And within 10 minutes of leaving the park, we were already crossing the Peace Bridge and heading home.

PERFORMANCE: Enough grunt to get around, even when fully loaded; on-road drive feel is good with SE trim’s performance enhancements, but manoeuvring in urban settings and tight spaces is a challenge

TECHNOLOGY: Infotainment system is a disappointment; USB port is outdated

RATING: It’s definitely a minivan, but those who know that’s what they want will appreciate many of the Sienna’s unique offerings

Stephanie Wallcraft is a frequent contributor to Toronto Star Wheels. The vehicle for this review was provided by the manufacturer. To provide feedback, email wheels@thestar.ca .