Still baller after all these years

Did you know the gigantic body-on-frame Cadillac Escalade SUV is nearing the end of its fourth generation?

I’ll bet you didn’t know that this three-row, seven-seater – with room for eight! – has been with us since Y2K (that’s 1999 in case you forgot), which makes it the oldest nameplate in the Cadillac family. Honestly, until I looked it up, I didn’t realize it was that old either.

Beyond styling differences, packaging variations also exist. A 5.3-litre V8 paired with a 6-speed automatic, for example, is available for non-Escalades and those vehicles can be had with either two or four-wheel drive. Despite these differences, the Escalade is more like these vehicles than not, and all are built in GM’s Arlington, Texas assembly plant. 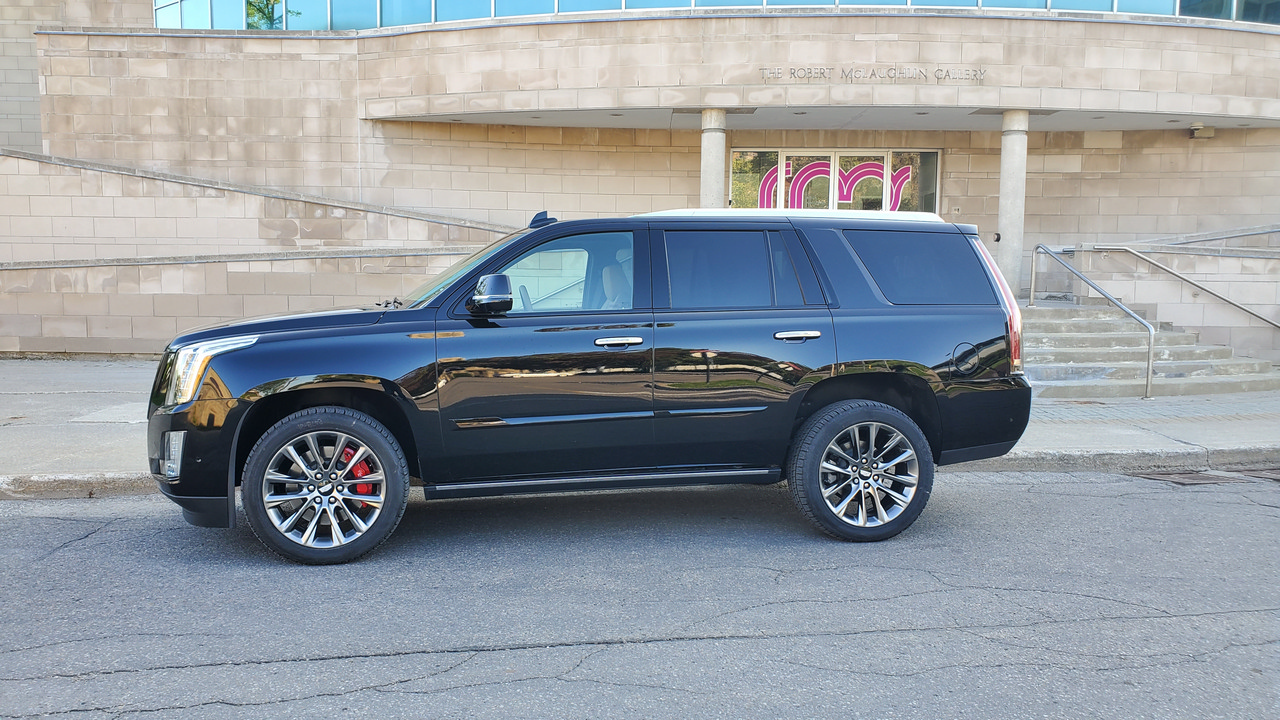 The current fourth-gen Escalade went on sale in the spring of 2014 as a 2015 model and has received a steady drip feed of cosmetic and equipment updates over the past five years. Notable among these changes are a grille and headlight refresh in 2017 and replacement of the 8-speed automatic with a 10-speed in 2018. Changes for 2019 are minor and include new colours, logo light under the liftgate and an optional Escalade Sport Edition Package (details below).

Four trims are available for the Canadian market in both standard wheelbase and ESV: Standard, Luxury, Premium Luxury, and Platinum. All are powered by a version of GM’s 6.2-litre LT1 (EcoTec3) V8 that produces 420 horsepower and 460 lb-ft. of torque and is paired with a 10-speed automatic transmission and standard four-wheel drive.

My tester is a fresh (less than 500 km on the odometer), range-topping Platinum model finished in Black Raven that’s equipped with a slew of standard kit including 22-inch wheels, semi-aniline leather seating, heated and cooled front seats and power-retractable assist steps. 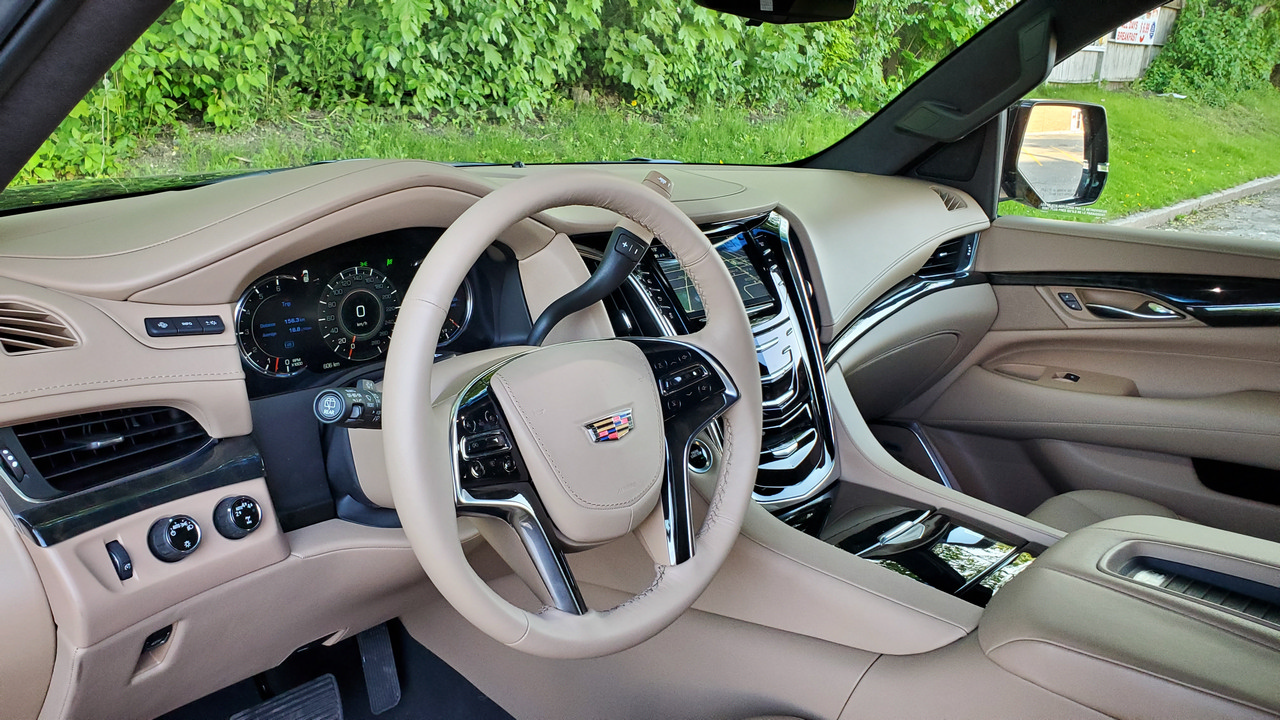 For a giant, boxy SUV, the Escalade is handsome. Its lightly creased lines have aged well, to the point that for a vehicle that has changed only by degree since 2014, it doesn’t feel that old. The Sport Edition Package isn’t cheap, but it deletes enough chrome to give the Escalade a hint of menace that really suits it, especially the 22-inch alloys. Same goes for the Performance Brake Kit, with its giant rotors and bright red calipers. 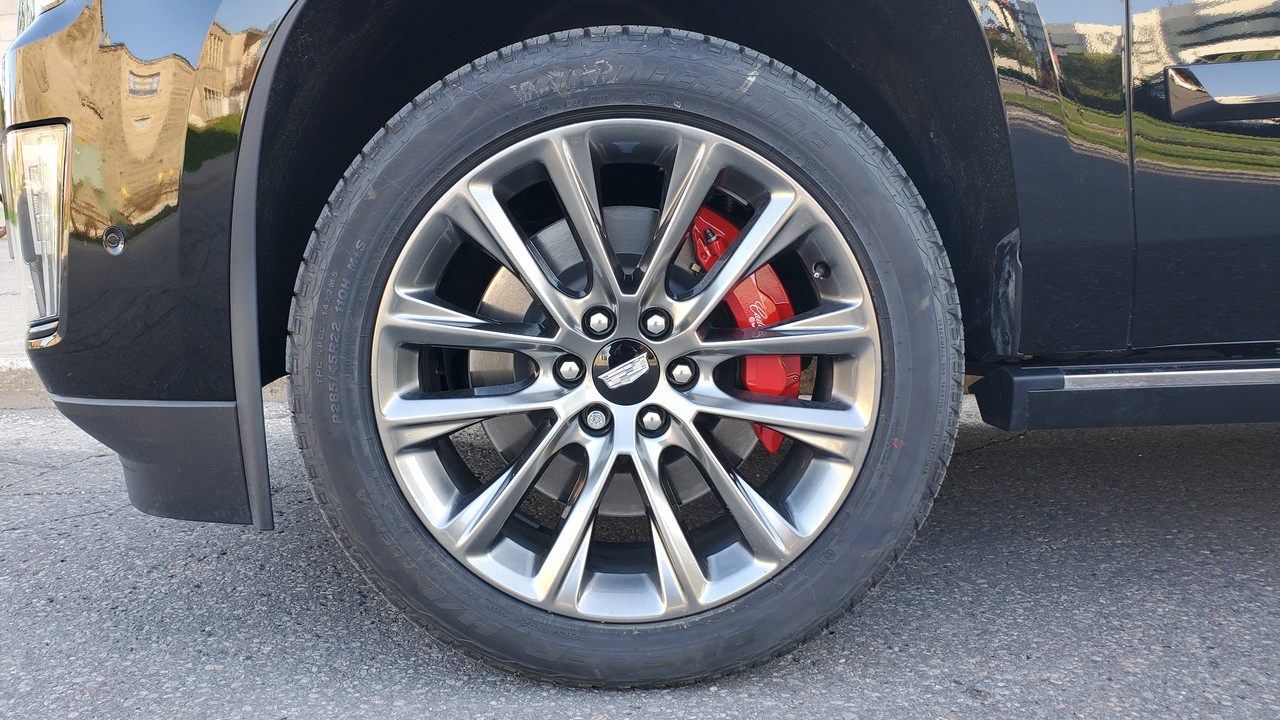 Attempts at personal expression tend to get flattened with a vehicle this large because its size can obscure trim packages and wheel options. Still, these add-ons give the Escalade an extra bit of personality without being ostentatious, and given how much one is already spending, the additional cost can be justified.

On the inside, the Escalade is cavernous (2,667 litres of cargo space behind the first row), and the only place where things get cramped are in the not-designed-for-adults third row. The first two rows offer plenty of space to stretch out. The second-row bucket seats are the ideal spot to be in this vehicle if you’re a passenger, not only because of available space, but access to one of two front headrest-mounted DVD screens. 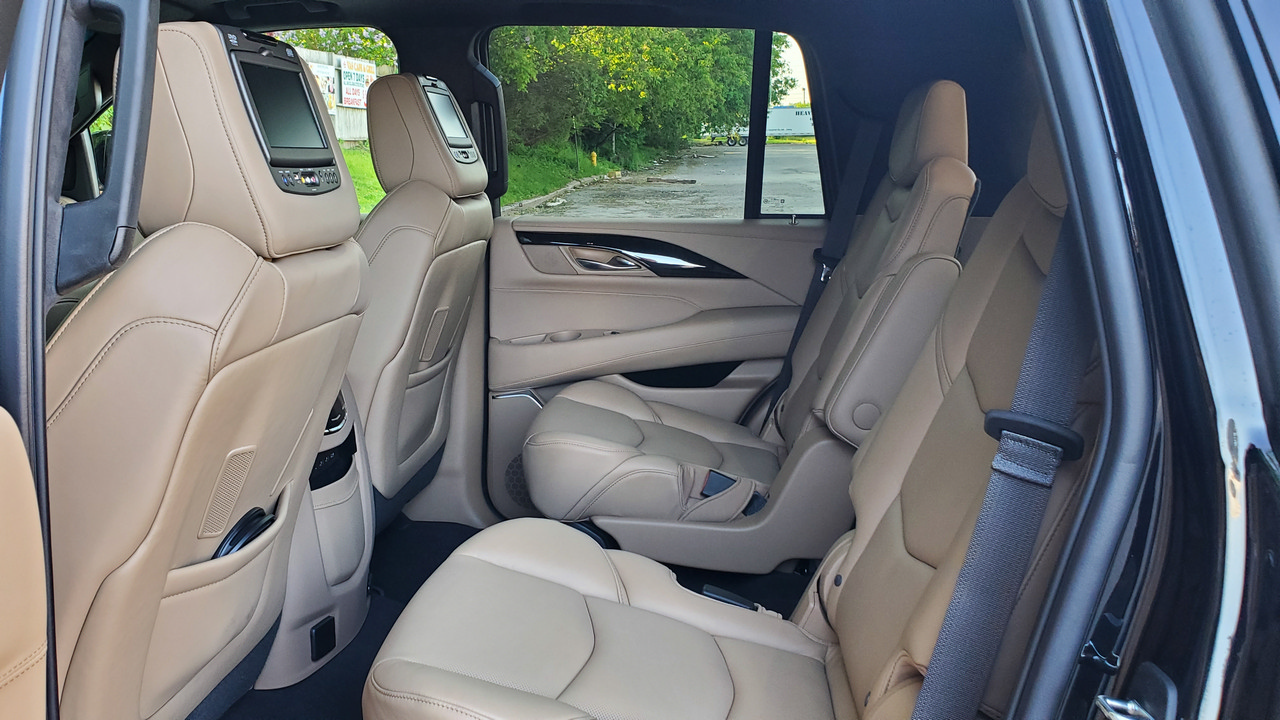 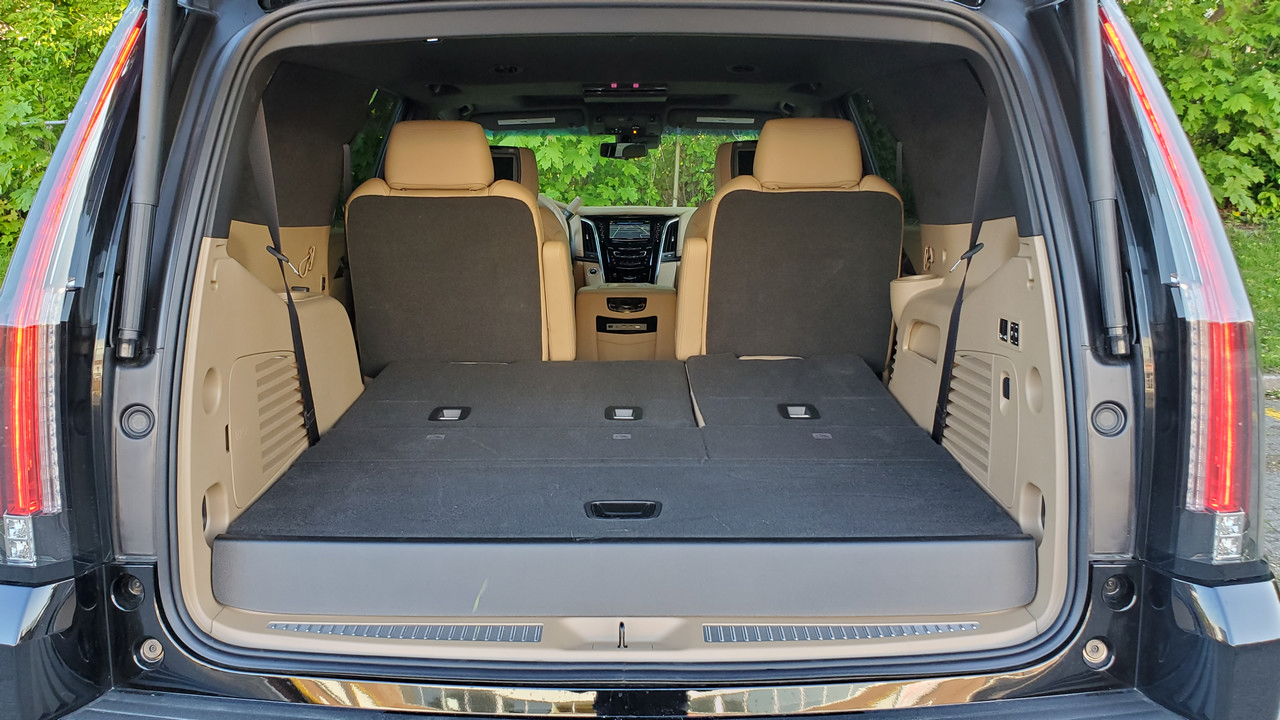 Overall, my Escalade tester was quite comfortable, and I enjoyed spending time in it. The loads of content it comes stuffed with certainly didn’t hurt, and all trims are well-equipped so it’d be difficult to have a bad experience. I’ll single out the 18-way driver’s seat (which also has a massage function) as being quite comfortable and it, along with the power-retractable assist steps, are two features I was most impressed with, especially the latter. With a vehicle this big, an assist getting in and out is an absolute must.

Born to run… on the highway

In terms of the drive, the Escalade feels most at home cruising along on highways and arterial roads with traffic lights few and far between. The ride is quiet and smooth, thanks in part to the presence of GM’s Magnetic Ride Control, which is standard on all Escalades.

Making long-haul driving even better is Active Fuel Management cylinder deactivation, which enables the V8 to switch to V4 mode at cruising speeds. The extra cogs in the 10-speed keeps the revs in the 1,500 rpm-range, which can help turn the 2,518 kg. (5,551 lb.) Escalade into a more economical vehicle. The mileage return during my week of driving was disappointing, but I’ll get to that shortly. 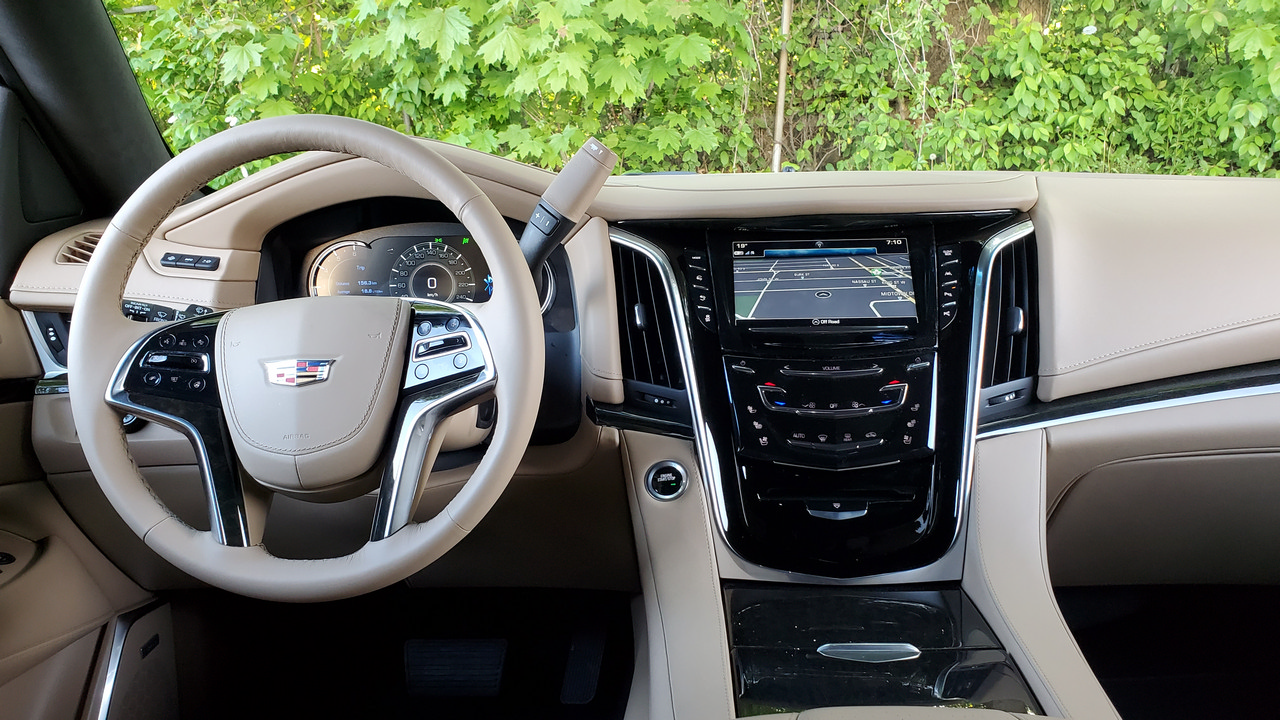 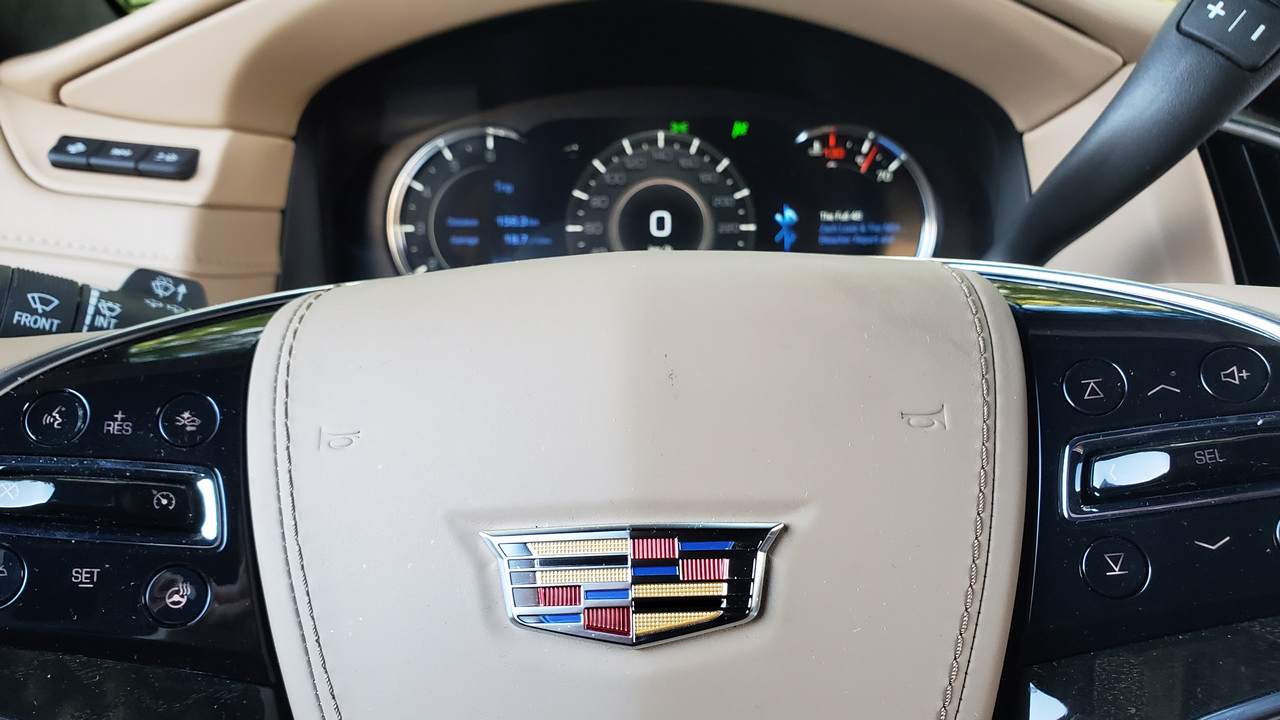 The 6.2-litre V8 is powerful, refined and propels the Escalade just fine, but constant starting and stopping in city driving isn’t as much fun due to the sheer amount of bulk being lugged around. This issue flows into the Escalade’s other big SUV problems, like parking and manoeuvring in tighter spaces. Various available camera angles help, but one will have to adjust to its huge dimensions and turning radius.

Before wrapping up I should mention that my observed fuel economy wasn’t great (19.3 L / 100 km average). I put 163 kilometres on the odometer during my week of driving, the bulk of which was local. The number improved as the week went along, and when I mixed in some highway driving it dropped even more. Bottom line, as unimpressive as my number was, there is plenty of room for improvement depending on driving habits.

Despite its obvious drawbacks, the Escalade has its strong points. While its far too big and expensive for my taste, I can appreciate why it would be appealing for those with large families that could make better use of its cavernous interior, immense power, and generous equipment list.

I think there are better full-size options that aren’t quite as big and offer many of the same benefits, but I’ll concede that if one really wants to make a statement on family vacations, there’s nothing quite like an Escalade. 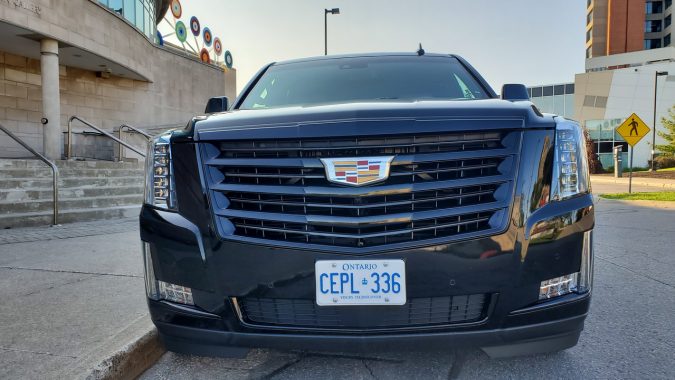 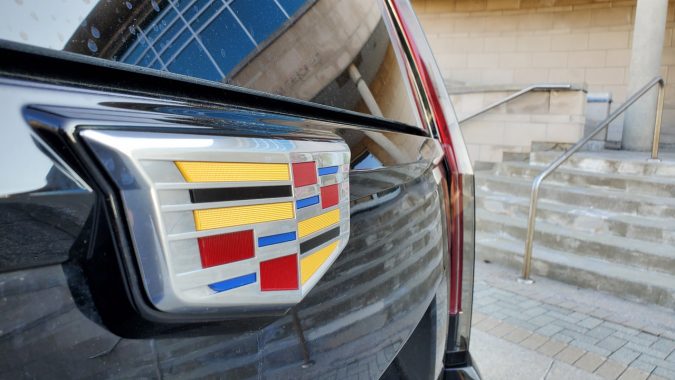 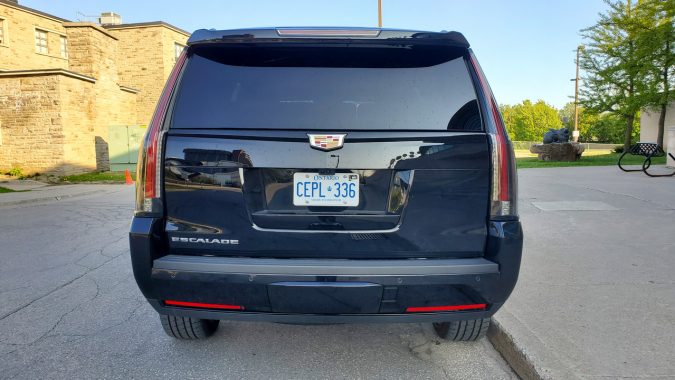 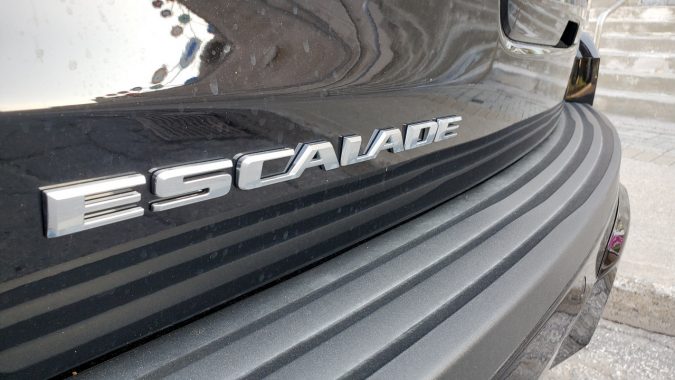 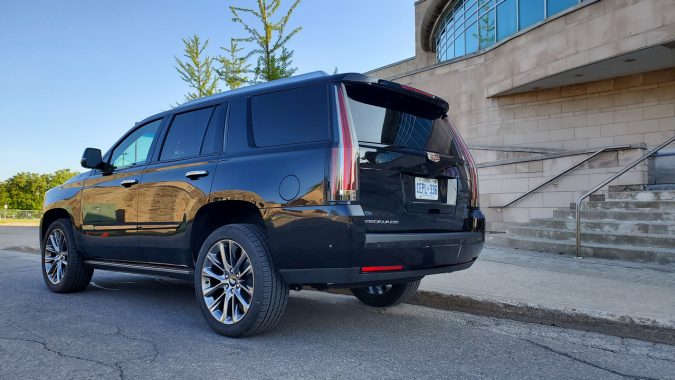 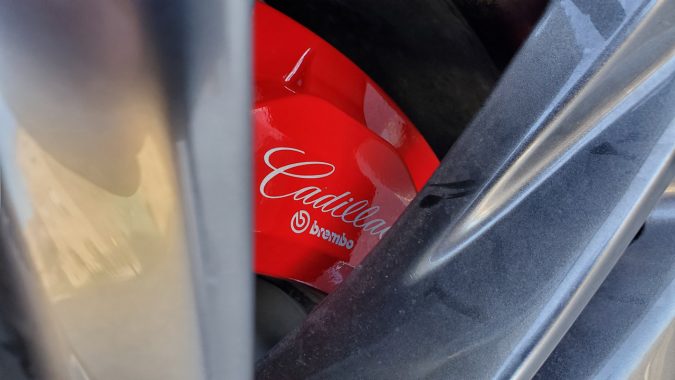 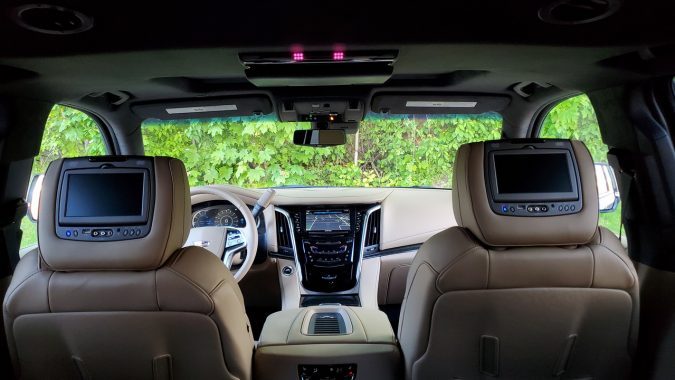 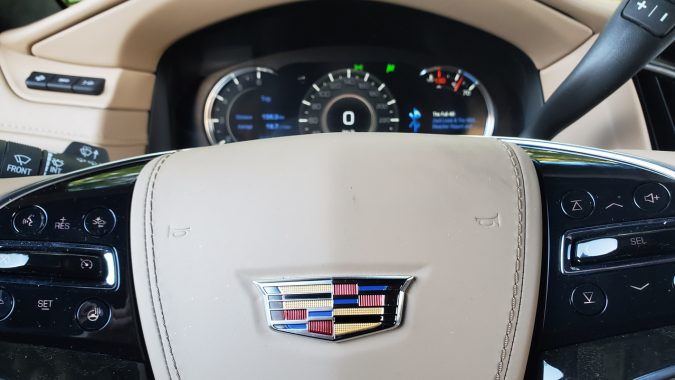 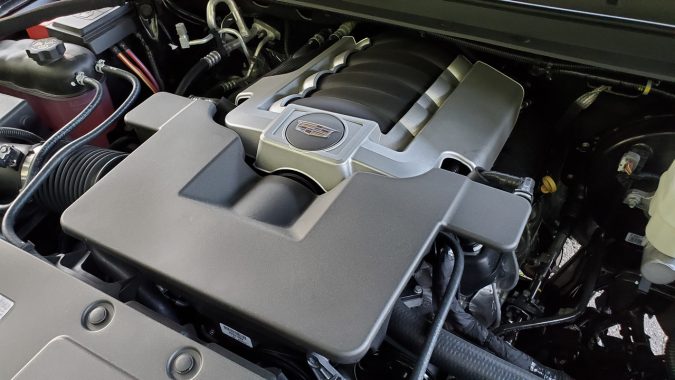 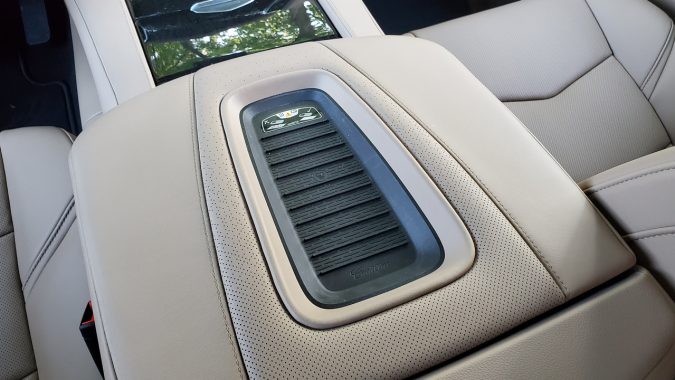 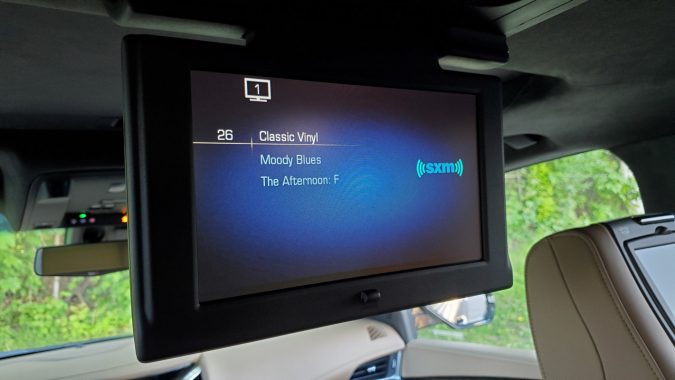 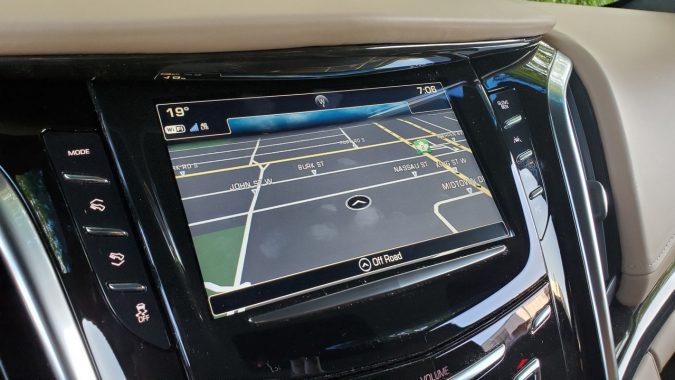 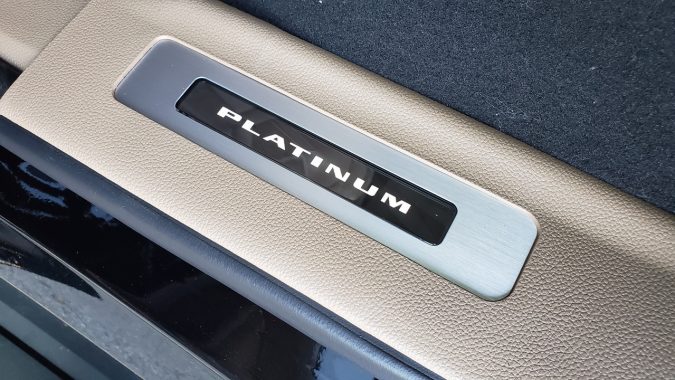