The Outlander didn’t fare well at AJAC’s TestFest last fall, but did it have a fair chance? Stephanie put some serious thought into this SUV after putting in some serious miles.

Reports of Mitsubishi Canada’s death are an exaggeration.

You may have heard some of them. Despite a banner year for the industry, Mitsubishi sales were down in Canada by 5.8 per cent in 2015. Their vehicles don’t perform well in comparison tests. Pundits say the company is bound to lose interest in our market eventually. Head office in embroiled in a scandal over falsifying fuel economy tests.

The fuel economy fudging is a bad situation, of course. But for what it’s worth, the only models affected aren’t sold on this continent.

As for the company’s vehicles in Canada? This merits a closer look.

Well, it’s true that the company’s product hasn’t always met the warmest of receptions. Take the 2016 Mitsubishi Outlander, for example, which kicked off a new generation with the most recent model year. 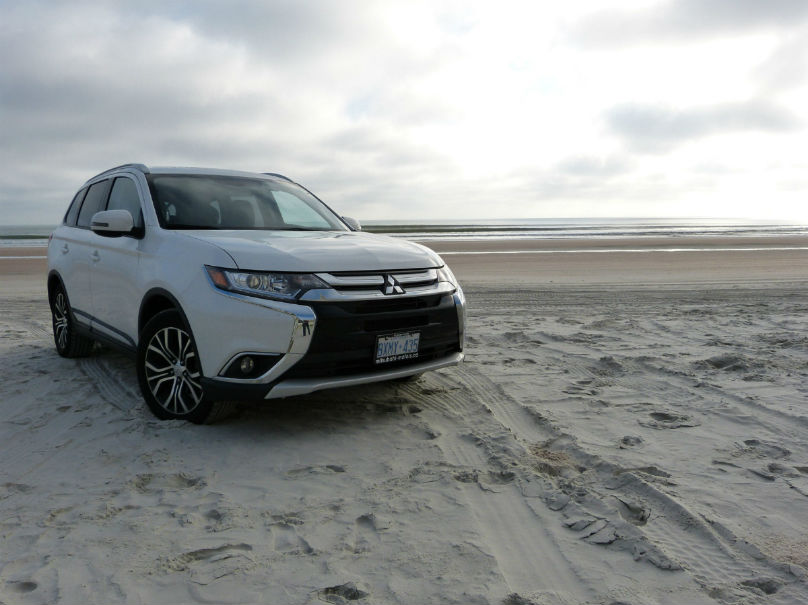 In last October’s TestFest, the Automobile Journalists Association of Canada’s annual testing event that leads to the Canadian Car and Utility Vehicle of the Year awards, the new Outlander scored second-lowest in its category and in the bottom five across all of the gasoline-powered SUVs that were entered.

Even while knowing this, I signed my family up to spend some time in it. A lot of time. We drove an Outlander ES with three-mode all-wheel drive, which Mitsubishi dubs all-wheel control, to Florida and back for March Break.

As news of this filtered out, friends and colleagues expressed sympathy and derision. You’re driving that, all that way?! You poor things! I responded by saying every car deserves a fair and impartial evaluation while my husband and I secretly felt a tiny bit sorry for ourselves.

But as the week went on, we both warmed up to the Outlander. Considerably.

By the time we turned its sand-logged wheels into our driveway, we were surprising even ourselves by declaring that the Outlander isn’t nearly so bad as some people say it is.

Where does the disparity come from? One source is the format of TestFest itself, in which all cars entered are either a brand new generation or have received very significant upgrades.

Among the specific crop of new vehicles it was up against last year, yes, the Outlander did have trouble standing out. But that doesn’t mean it’s not a darn sight better than many of the similar but older SUVs out there that people are spending more on to buy up in droves.

The ES trim’s 2.4-litre in-line four engine isn’t the one you’d pick if you do much towing, but as a daily runabout it’s not only powerful enough to keep most people happy but is decently responsive as well, CVT notwithstanding.

The leather seats — available with a package at this just-above-base trim level — are so comfortable that I hardly found myself shifting my weight around at all, even after hours on the road for several days in a row.

Cargo space is very good at 968 litres behind the second row. And there’s a built-in place to stow the tonneau cover when you need it out of your way, an annoyance that many other automakers overlook.

The new infotainment system isn’t a standout feature, but it is well designed and did everything we asked it to do within reason. 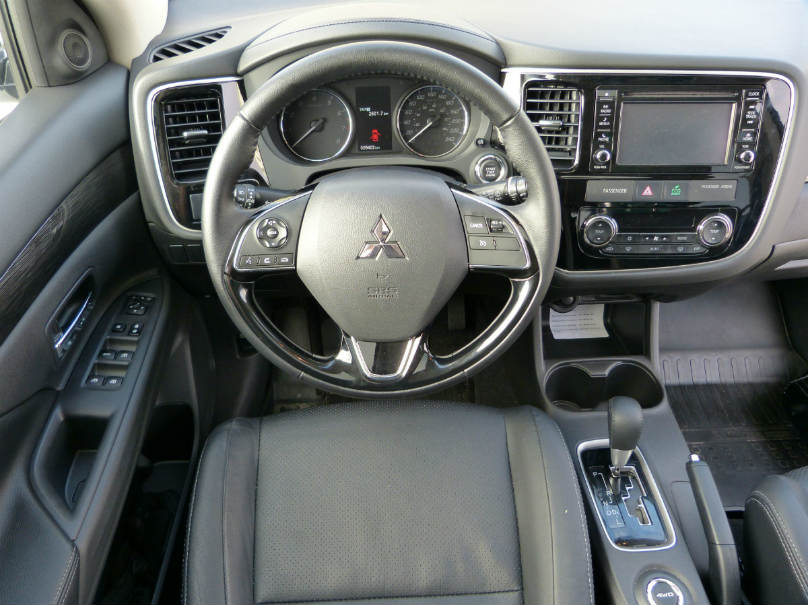 And if you tend to keep your cars for the long haul, that 10-year, 160,000 km powertrain warranty shouldn’t be ignored.

Where the Outlander noticeably lags is in safety features. Even at the top GT trim, the list pretty well tops out at lane departure warning, forward collision mitigation, and a rear-view camera. If you’re looking for much more, you’ll have to shop elsewhere.

Mitsubishi is aware that this is a problem and says they’re working on it. Expect some changes with the 2017 model year.

That aside, there’s still a very good amount of value packed into the Outlander. It’s not a great car, but it is a good car that has more going for it than you may have been led to believe.

ACCESSIBILITY: On par with the segment

PERFORMANCE: 2.4-litre I4 is powerful and responsive enough for most daily commuter needs

TECHNOLOGY: Infotainment system is average; safety features list would be helped by expansion

RATING: A solid, capable SUV with enough going for it to warrant giving it a look

The vehicle for this review was provided by the manufacturer. Feedback: wheels@thestar.ca