Although most people still know Lexus for its sedans and SUVs. Sporty car fans are missing something.

Lexus vehicles have an excellent reputation for quality, reliability, fit and finish. Performance and sportiness? Not so much.

The two-plus-two coupé has been around since 2014, although most people still know Lexus for its sedans and SUVs. Sporty car fans are missing something.

The RC is available in a number of configurations, with V6 or V8 power ranging from 260 to 472 horses. My tester was the middle-of-the-road model, whose $62,300 base list price includes everything you’d ever need and a bunch of stuff you don’t.

The only option is paint colour. Mine was “Infrared” for an extra $650. Worth every penny. 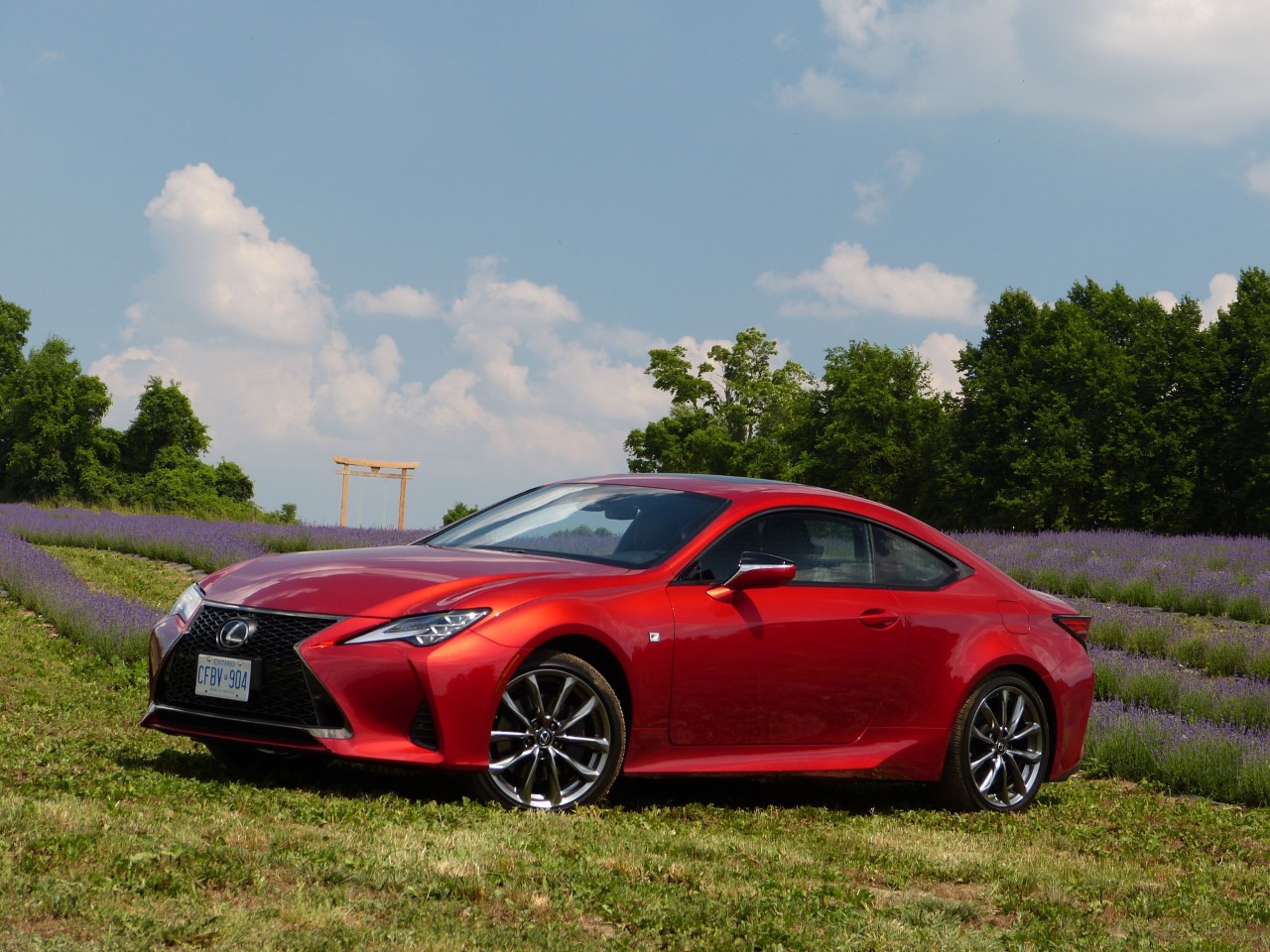 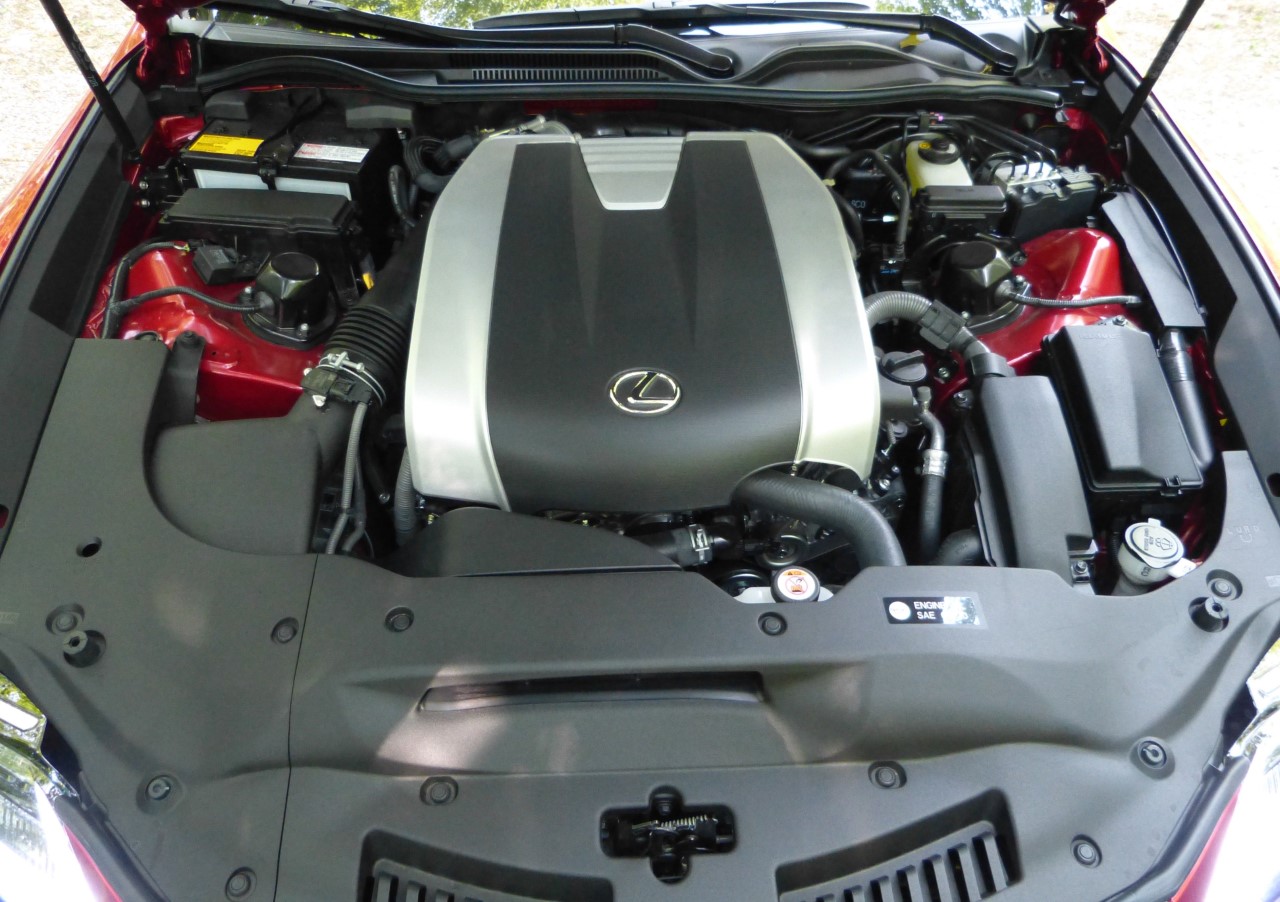 The styling was facelifted a couple of years ago, and to me anyway is a handsome beast. Yes, the signature Lexus grille is too toothy for my tastes, but you never see it from the driver’s seat, which is where you want to be. Watch your head getting in, but once there you’ll find a well designed, beautifully executed cabin with high-quality materials, including real tree wood.

The upholstery is something called “NuLuxe”, which Lexus says is more environmentally-friendly, lighter, cheaper and easier to maintain than real leather. Have to say I didn’t notice it was plastic until I read the specs, so it must be pretty good.

The front seats are grippy yet comfortable, and are both heated and cooled. The back seat is roomier than in a Porsche 911, but that’s about it. More likely, you’ll fold the 60/40 split seat back to augment the 295 litre trunk.

As always, the controls take some getting used too, especially the “haptic” controller in the centre console. This is a touch panel which I normally hate, but I actually started to get used to the “finger swipes” after a while. Fortunately, the most commonly used functions – HVAC, sound system – have proper knobs and buttons. The dash is bright, clear, and re-configurable a number of ways. You’ll find the one you like and leave it that way. 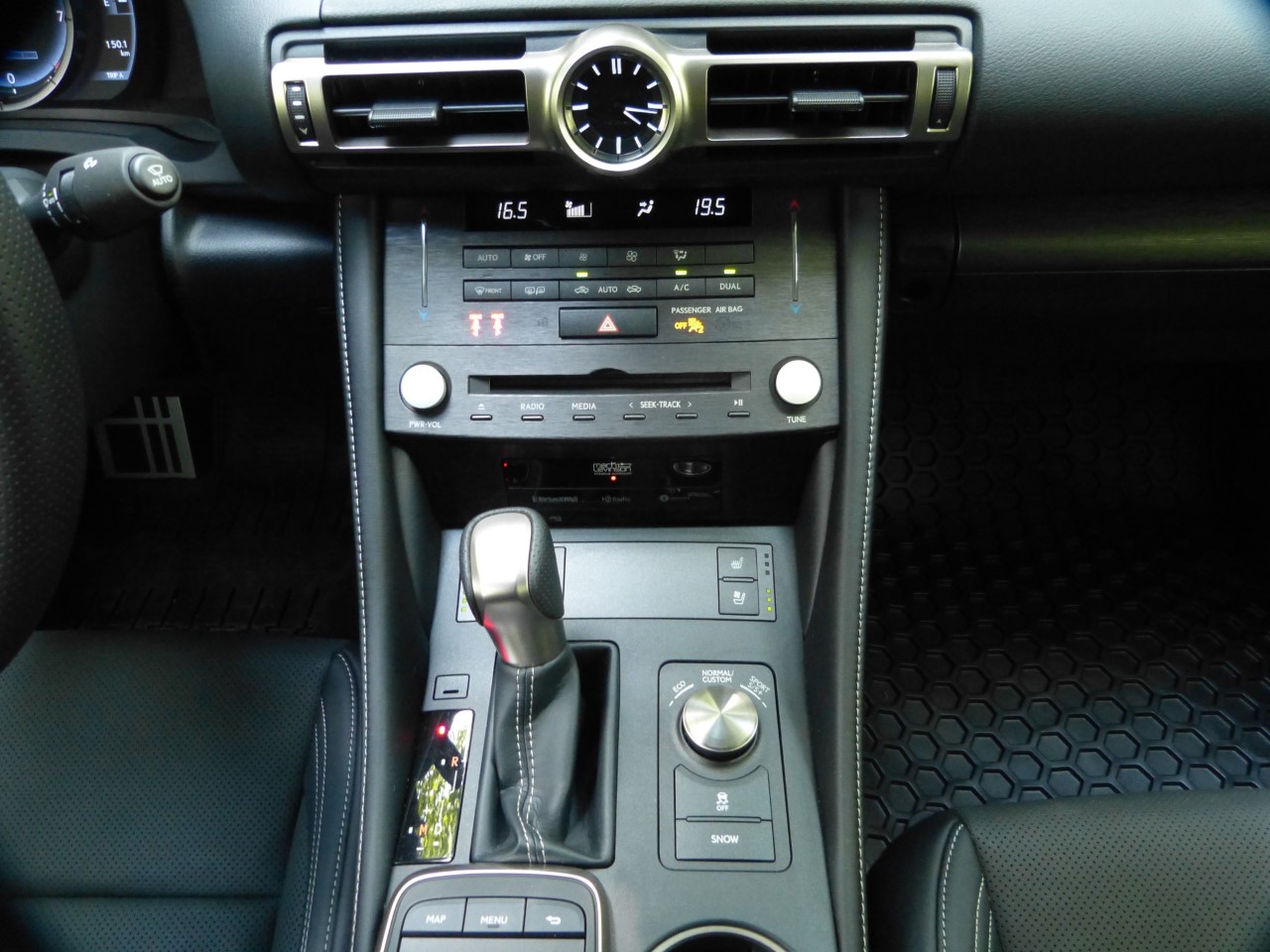 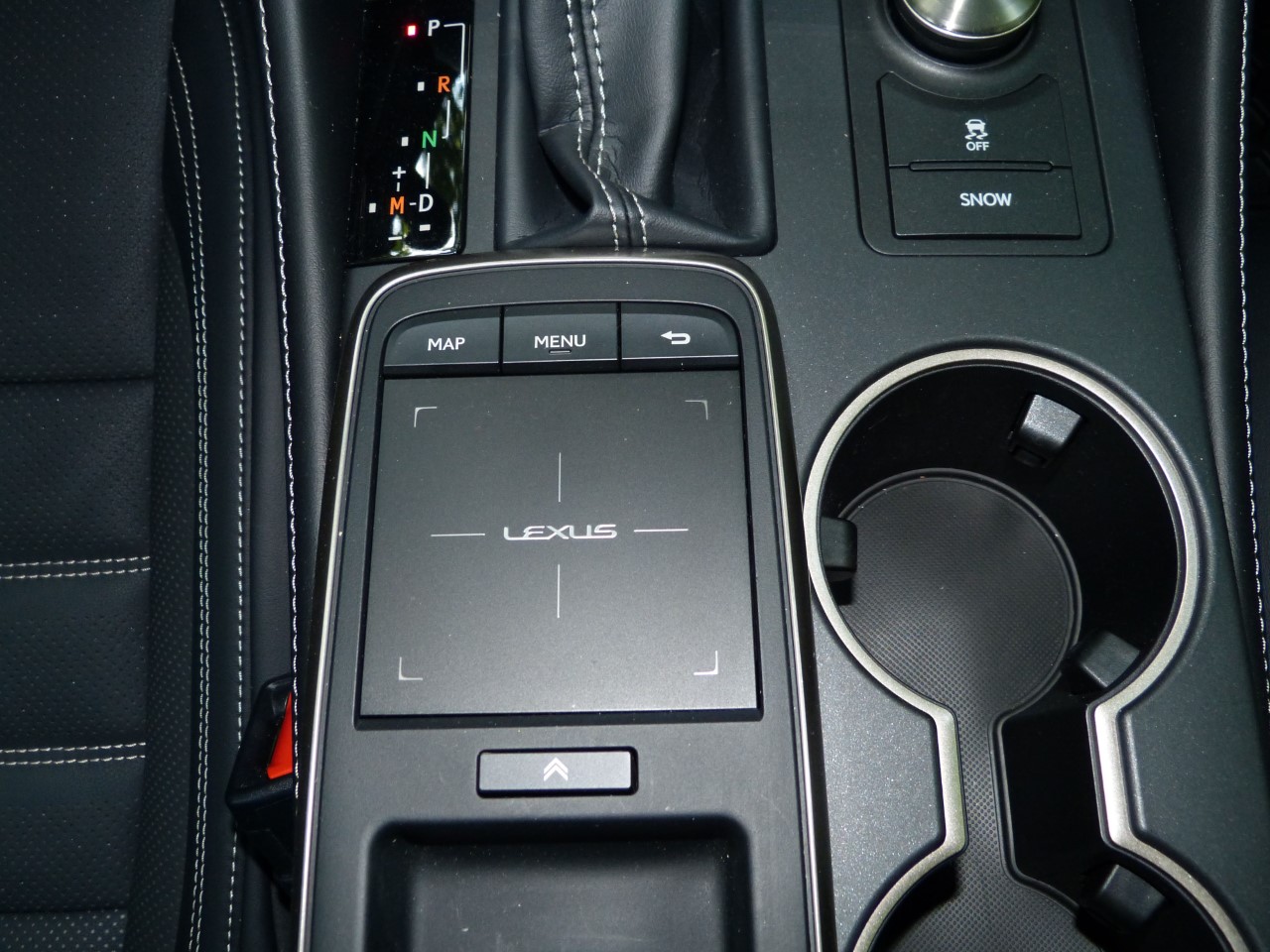 The RC passes me mirror adjustment test, making the “no-such-thing-as-a-blind-spot” warning system irrelevant. But it fails the ignition off/lights off criterion. A warning buzzer? Seriously? Toyota used to do this right – what happened?

The turn signal and wiper levers on either side of the steering column are “zero-travel” – you move them up or down as usual, but they spring-load back to the original spots. BMW and Mercedes do this too; it’s equally annoying here.

So, fire it up, shut off all that lane-departure nonsense, and let’s drive.

Gotta say, it exceeded my expectations. That torque peak r.p.m. is high, so you have to rev it to get the most from it. No probs, especially since once you get above four grand, the exhaust note, admittedly enhanced via the sound system, takes on a menacing snarl.

Only six ratios, fewer than most modern sporty cars, so you’ll have to keep the revs up. Worried about fuel consumption? Buy a Corolla. It’s plenty quick, and throttle response is excellent.

The shifts are quick, and the transmission downshifts quickly in response to a throttle mashing. 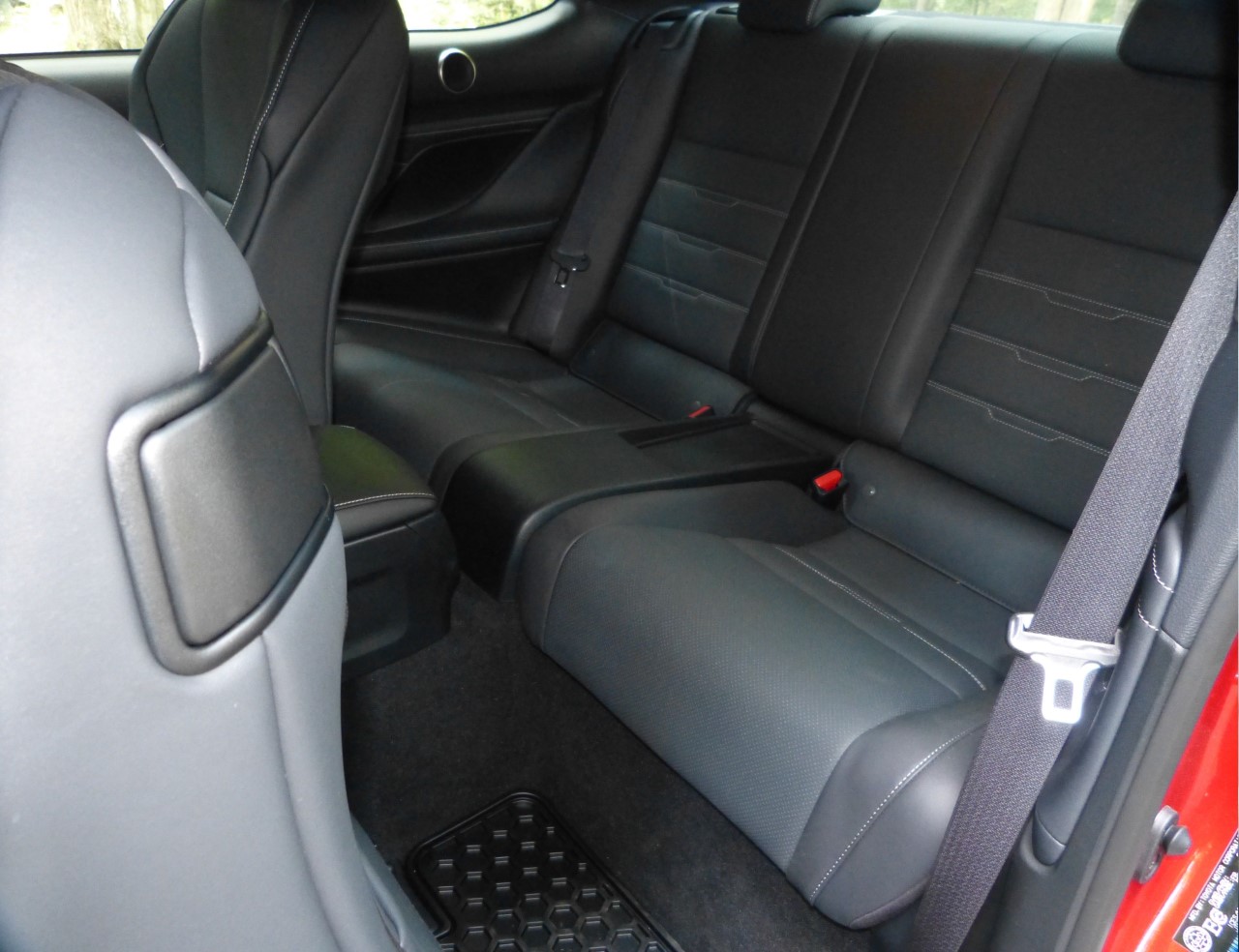 Even more so when you dial up “Sport” or “Sport+” modes via the Drive Select control on the centre console. This further sharpens throttle response and most notably transmission shift speed to bring out the car’s aggressive nature. There’s even a “Snow” mode – Canada says “Thanks.”

The Adaptive Variable Suspension stiffens the dampers when you’re leaning on it, yielding flat cornering and a purposefully firm ride which again gets sportier in Sport and Sport+ modes. VDIM (Vehicle Dynamics Integrated Management) integrates traction control, directional stability control, ABS and other safety systems to ensure they are all working together to keep you on the straight and narrow.

One huge black mark: when you bring the shift lever to the left to select Manual mode, it’s pull back to downshift and push forward to upshift, suggesting that whoever designed this has never driven the car quickly. I mean, think about how your weight transfers when you are accelerating or decelerating. Akio Toyoda, the CEO of the company, is an accomplished racer. How does he let something like this get out in one of his cars?

If you think you can shift better than the car can, you will probably use the steering column paddles, but still…

That apart, the Lexus RC 350 AWD is a fun-to-drive car that’s also as reliable as a brick through a plate glass window.

Who says you can’t have it all? 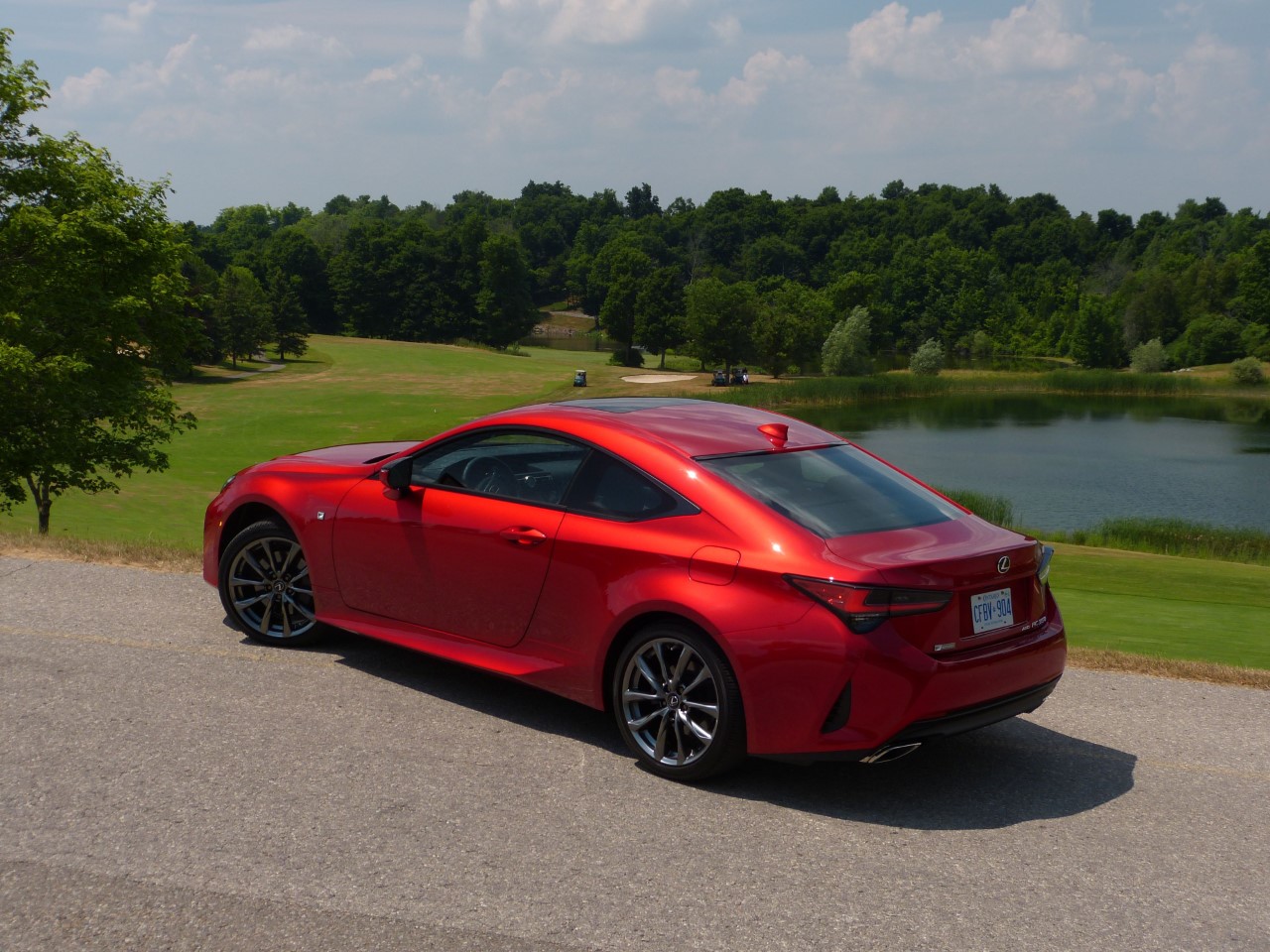