Fewer Canadians will opt for this configuration of the Polestar 2, but it serves its purpose

The pandemic, for all its immense challenges, has produced some minor silver linings.

For example, as nice as it may be to travel to test new cars, those quick first drives don’t tend to replicate a real-world experience.

These days, more cars are being brought to us here in Canada for initial testing, which is great. There’s no place else where we can take a vehicle onto winter-ravaged roads, experience cooler weather, and otherwise do very ordinary things.

During a recent drive of the single-motor version of the Polestar 2 in Toronto, I went grocery shopping and picked my daughter up from school. That’s a fair bit more representative of the ownership experience than gliding down an immaculate coastal highway. 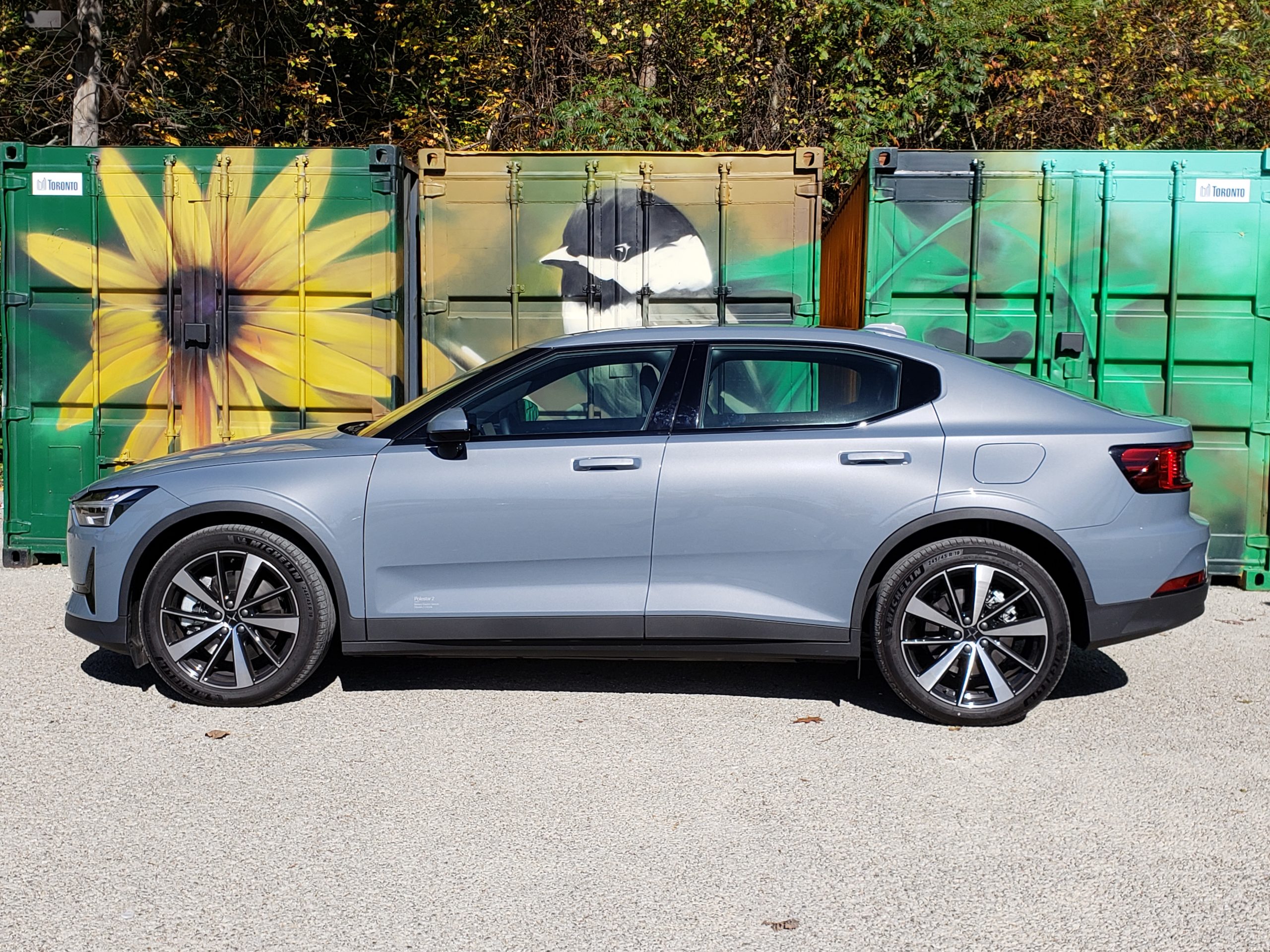 This version of the Polestar 2 starts at $49,900 Canadian, which is not quite low enough to qualify for the federal government’s iZEV rebate program, but low enough to get Quebec owners $8,000 back after a purchase and B.C. owners $3,000.

The single motor produces 231 hp and 243 lb-ft of torque while driving the front axle. Sure, these numbers are a fair bit lower than in the dual-motor version, which has an electric motor mounted at each axle and produces a total of 408 hp and 487 lb-ft of torque. But for those everyday activities this first drive allowed for, the single-motor version performed very capably.

One of the benefits of electric vehicles is their instant torque delivery, and punching the throttle while at speed produces a very satisfactory burst of acceleration. This is mitigated somewhat in the Polestar 2 when starting from a stop, which is by design: the engineers temper the throttle response to make all that torque easier to control. I wouldn’t mind if the Polestar 2 was more eager to get going in its default Normal mode, but this can be adjusted manually through the vehicle settings.

There’s plenty more that can be adjusted to the driver’s preference, including the strength of the regenerative braking, the steering response, and whether to use one-pedal driving and let the drag of the regenerative braking bring the vehicle to a stop. I opted to use one-pedal driving and crank up the regenerative braking for maximum energy recovery, which kept me on par with the 435-kilometre range estimate. When the 78-kilowatt battery does need recharging, Polestar says at the car’s maximum available rate of 155 kW Level 3 charging, the battery can be topped up from 10 to 80 per cent in 33 minutes. On a Level 2 home charger, that same amount of charge recovery will take eight hours. 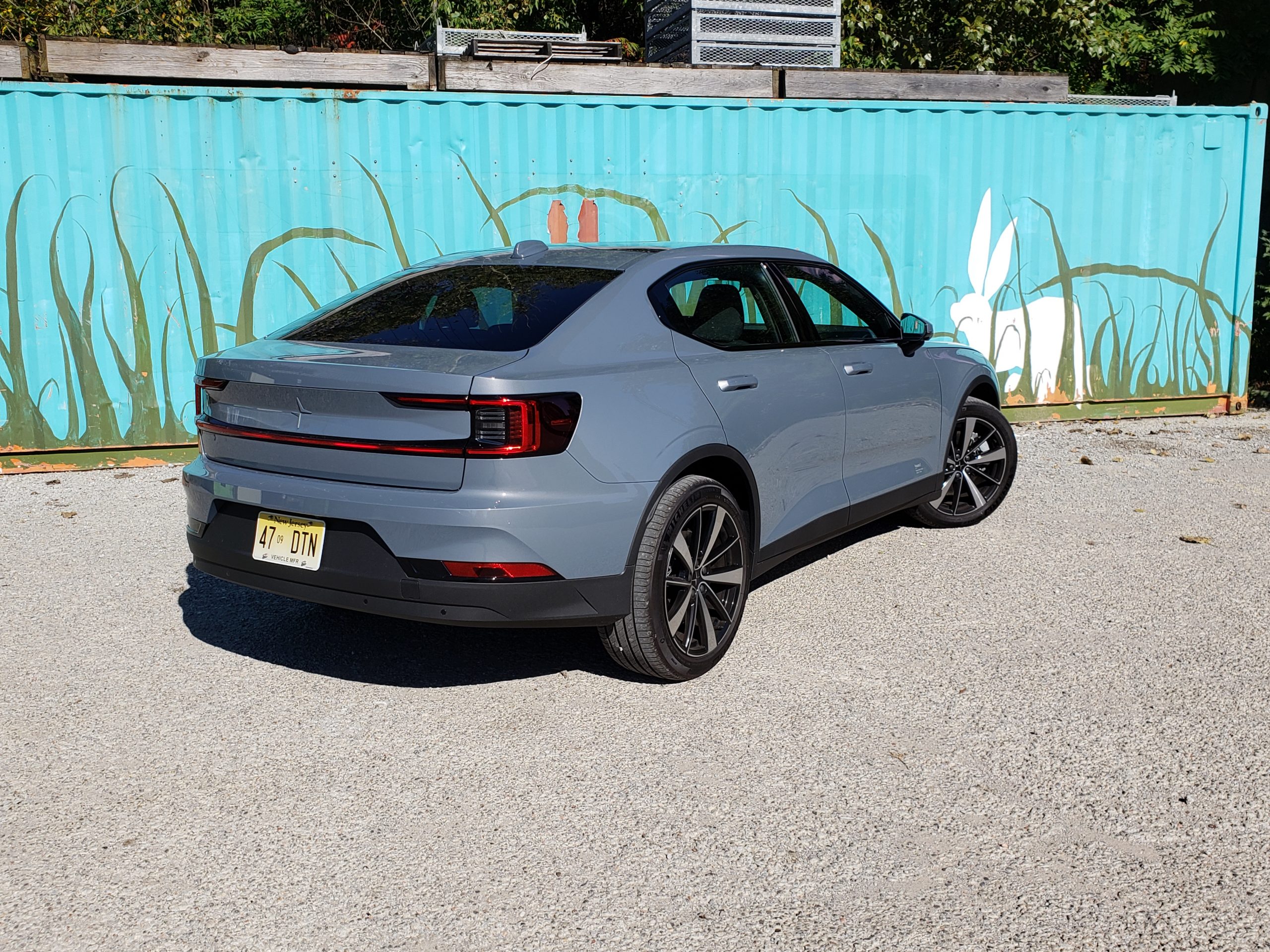 Overall, the car is a pleasure to drive with enjoyable and predictable power output and drive dynamics. However, there are a couple of things Canadians should note.

For one, this test drive, as average as it was, took place on a pleasant October day. This means we can’t report on whether you’d regret not putting the money down for the all-wheel drive dual-motor version when the snow starts to fly, nor are we able to say how heavy draws from the HVAC system in more extreme weather conditions might affect the car’s range.

Also, don’t plan to stop spending at the base price. There is a heat pump available, which helps to offset a greater need for interior heating or battery conditioning in winter by redistributing heat around the vehicle rather than having to generate it using electricity. This is a much more efficient way to heat an EV, and Polestar says having the heat pump equipped can improve the car’s range by up to 10 percent above the quoted range estimates in conditions where it’s needed. This isn’t available as a standalone option, though: it’s part of the Plus Pack, which adds $5,500 to the cost and also includes heated rear seats, a heated steering wheel and washer nozzles, a 13-speaker Harman Kardon sound system, upgraded vegan upholstery, a massive panoramic sunroof, power front seat adjustments, and other features. In other words, the entry price is important because it makes the entire Polestar 2 line-up qualify for rebates in Quebec and B.C., but very few Canadians will want to stop at that point. 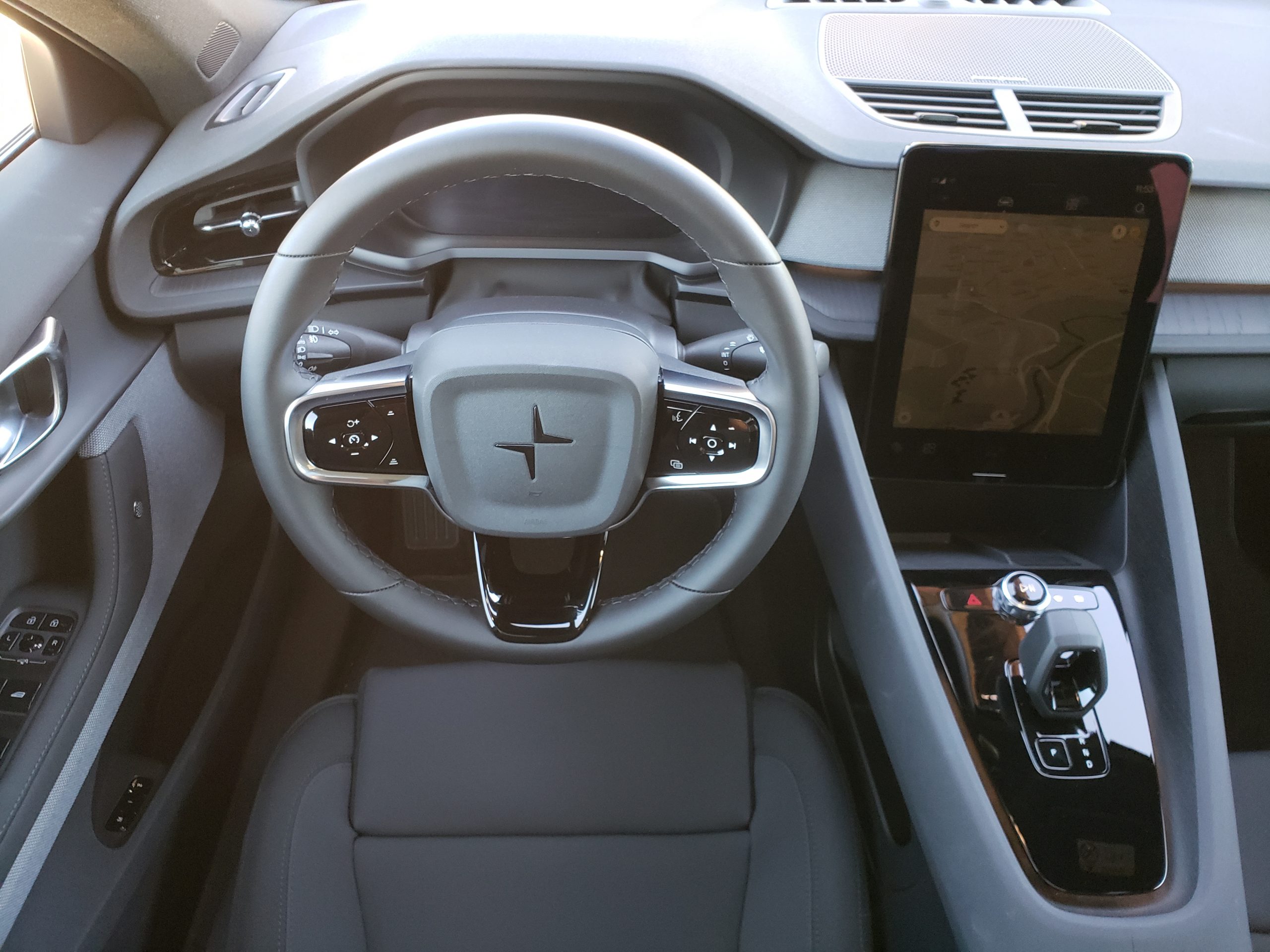 Most other things about the Polestar 2 single-motor experience are very similar to the dual-motor. An updated version of the company’s Android-based infotainment system – which is a delight to live with if you’re already used to the Android ecosystem – is not only included here but was pushed to Polestar 2s already on the road through over-the-air updates. This ability to send software updates to vehicles remotely also allowed Polestar to extend the range on existing Polestar 2s earlier this year without current owners ever having to leave their homes. 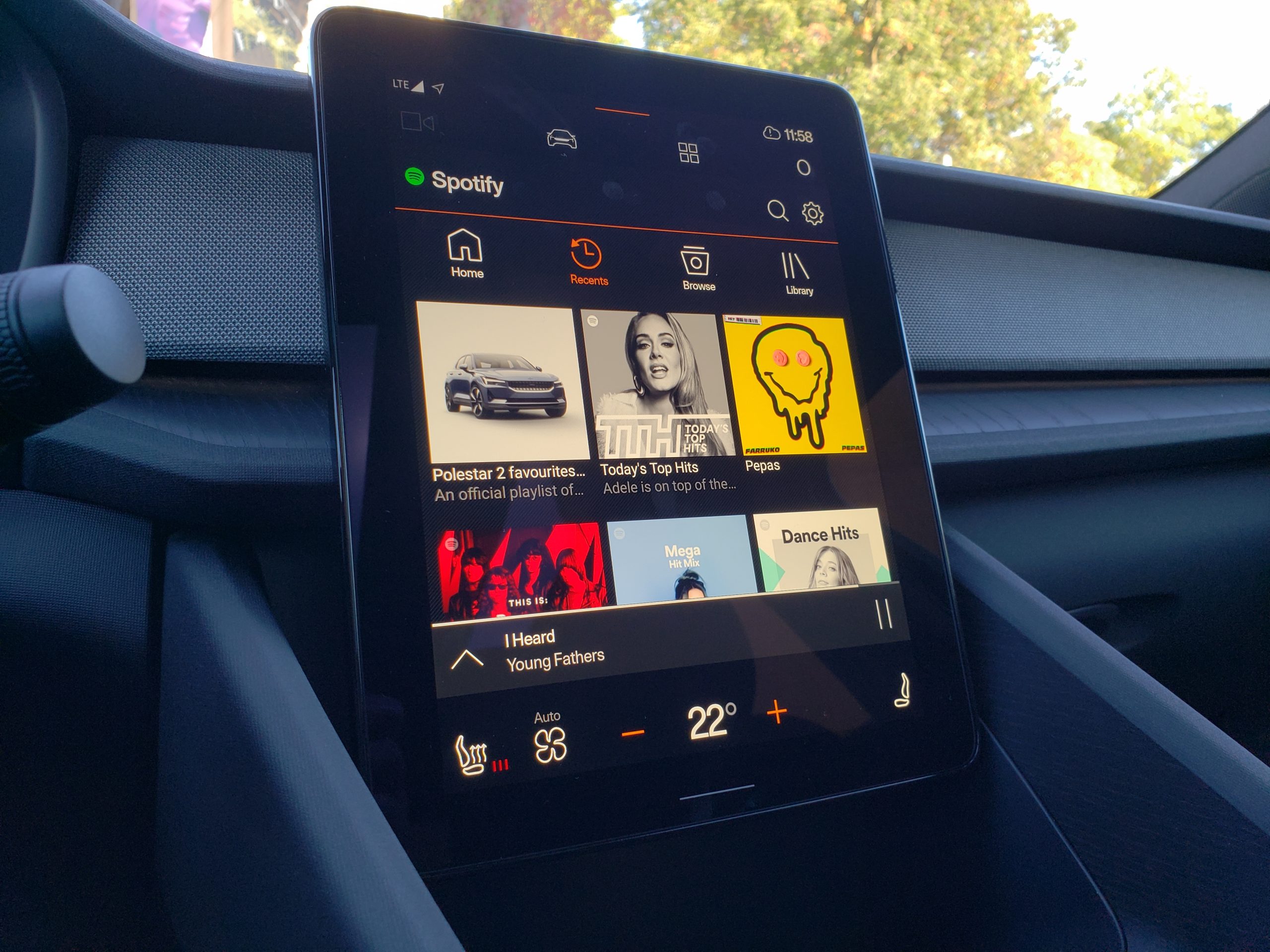 The company also provides no-cost delivery and pick-up service – or, in some cases, on-location servicing – within 150 kilometres of the Polestar boutiques in Vancouver, Montreal, and Toronto.

While there are some minor quibbles to be had, such as the frameless side mirrors taking some time to get used to and rearward visibility not being excellent, overall the Polestar 2 comes across as a delight to drive and own, including in its single-motor form once deliveries begin in January 2022. Though it’s likely to be the less popular configuration in Canada, it serves the purpose of making pricing more accessible in the markets where it’s likely to have the most uptake. And if that means more people are willing to give Volvo’s premium electric offshoot a chance, then that’s a very good thing. 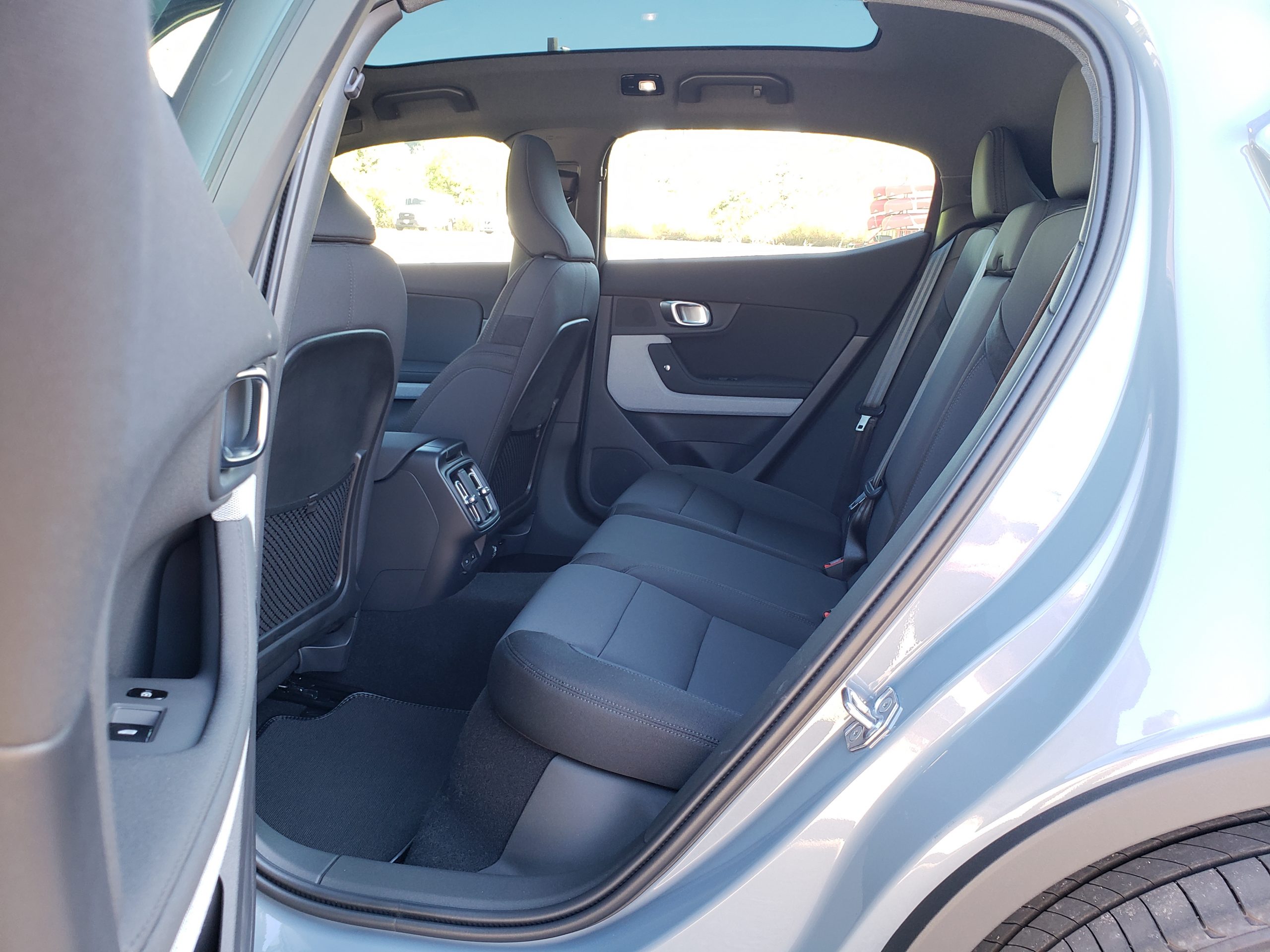 FUEL CONSUMPTION: Not yet rated