The Mini Cooper exists in a niche by itself. Like the Mazda Miata, it has no true competitors. The discontinued Fiat 500 and VW Beetle came closest but weren’t able to capitalize on the success the revived Mini Brand enjoyed after parent company BMW took over the helm.

Now in its third generation the Mini can be had in traditional 3-or 5-door variants, or you can get it as a convertible or even an extra quirky version with rear barn doors called the Clubman. And we, of course, can’t forget the Countryman, Mini’s compact crossover.

Giving customers the freedom to choose exactly how they want to experience this British motoring icon and because they’ve always been fun to drive is likely why the Mini is still around.

With this third-gen Cooper out since 2014, the Mini should feel a bit long in the tooth but its retro design, and consistent updates including an all-electric version have kept it current.

Admittedly, this was my first time in a 5-door Cooper, which gets a wheelbase stretch of 72 mm, and an overall length that’s 160mm longer than a standard 3-door. That size increase makes it possible to add those two extra doors, while also giving rear passengers more room for their legs and more room in the cargo area for their stuff.

But this is still a Mini, so it’s doesn’t exactly get the biggest back seat in the world, proving to be too tight for me to sit comfortably behind myself at just over 6-feet tall. However, the extra doors came in handy for quickly shovelling stuff back there and for the ease at which I was able to install my son’s rather bulky child seat. 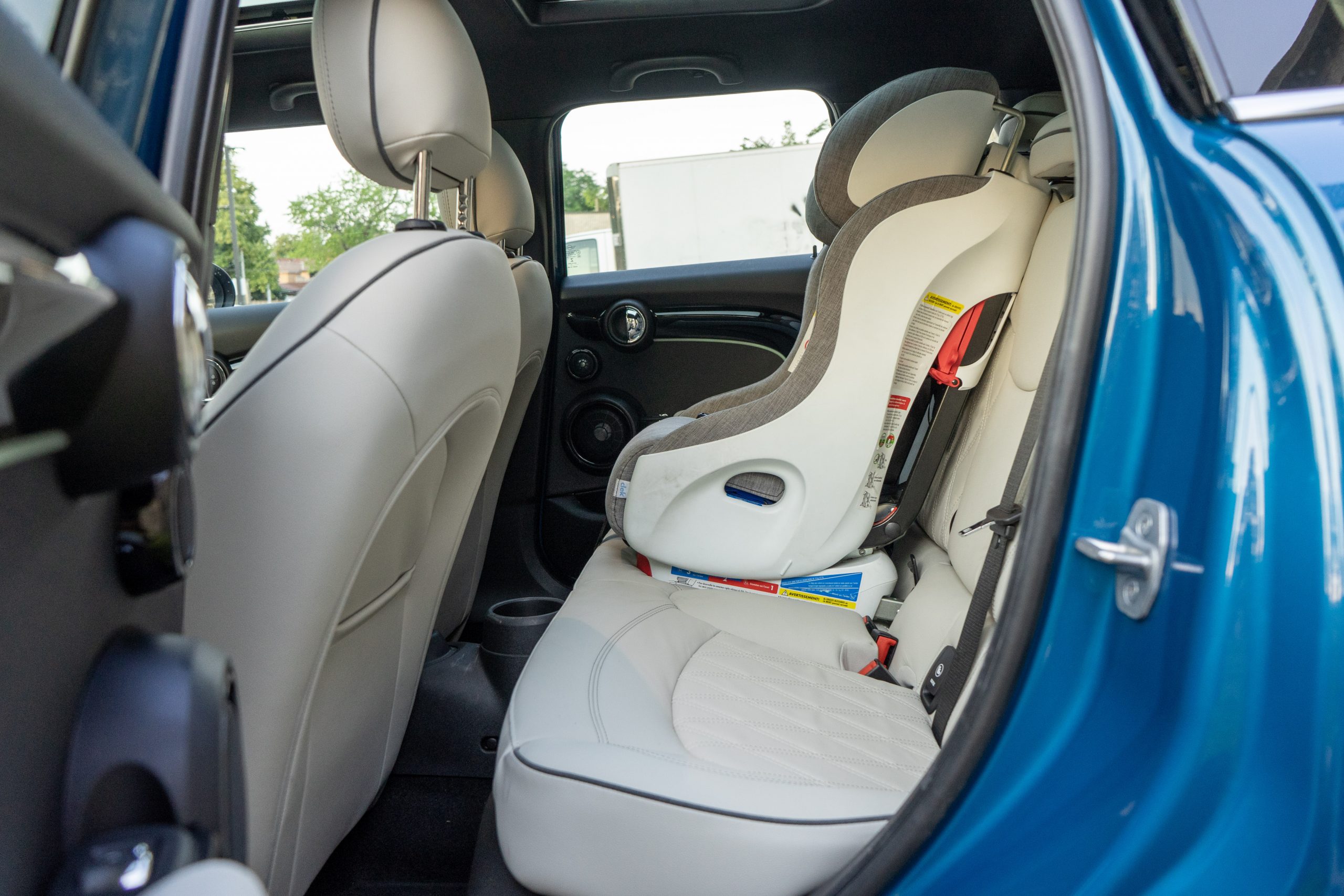 A Mini is a car that you buy for the way it looks. You don’t buy one because you need something with space, or if you have a growing family. It’s a personal car that works best as a 2-seater with 974 litres of cargo space when you fold down the rear seats that you’ll seldom use anyway. The number of doors doesn’t really make it much bigger, just a bit more usable.

The extra doors don’t make it any less of a Mini to drive either. With the exception of the Civic Type R, a Mini is about as much fun as you can have with a front-wheel drive platform today.

The Mini Cooper S that I drove is the quicker one out of the two available, equipped with a spunky 2-litre turbocharged inline-4 that produces 189 hp and 207 lb-ft of torque from just 1350 rpm. Base Cooper 5 Doors make do with a turbocharged 3-cylinder.

189 hp doesn’t sound like a lot but it’s enough to make the Cooper S a quick car that has a surprising amount of torque around town. Put it into sport mode and all sorts of wastegate and turbo spooling noises become more audible adding to the experience.

At just 13 feet long, just three and a half inches longer than a Miata, even the 5-door feels positively diminutive in comparison to all the hulking pick ups and SUVs that rule the road. But thanks to these tidy proportions and a fantastically set up chassis you can carve a path through those lumbering beasts with ease. Needless to say, congested city driving and parking is a joy. 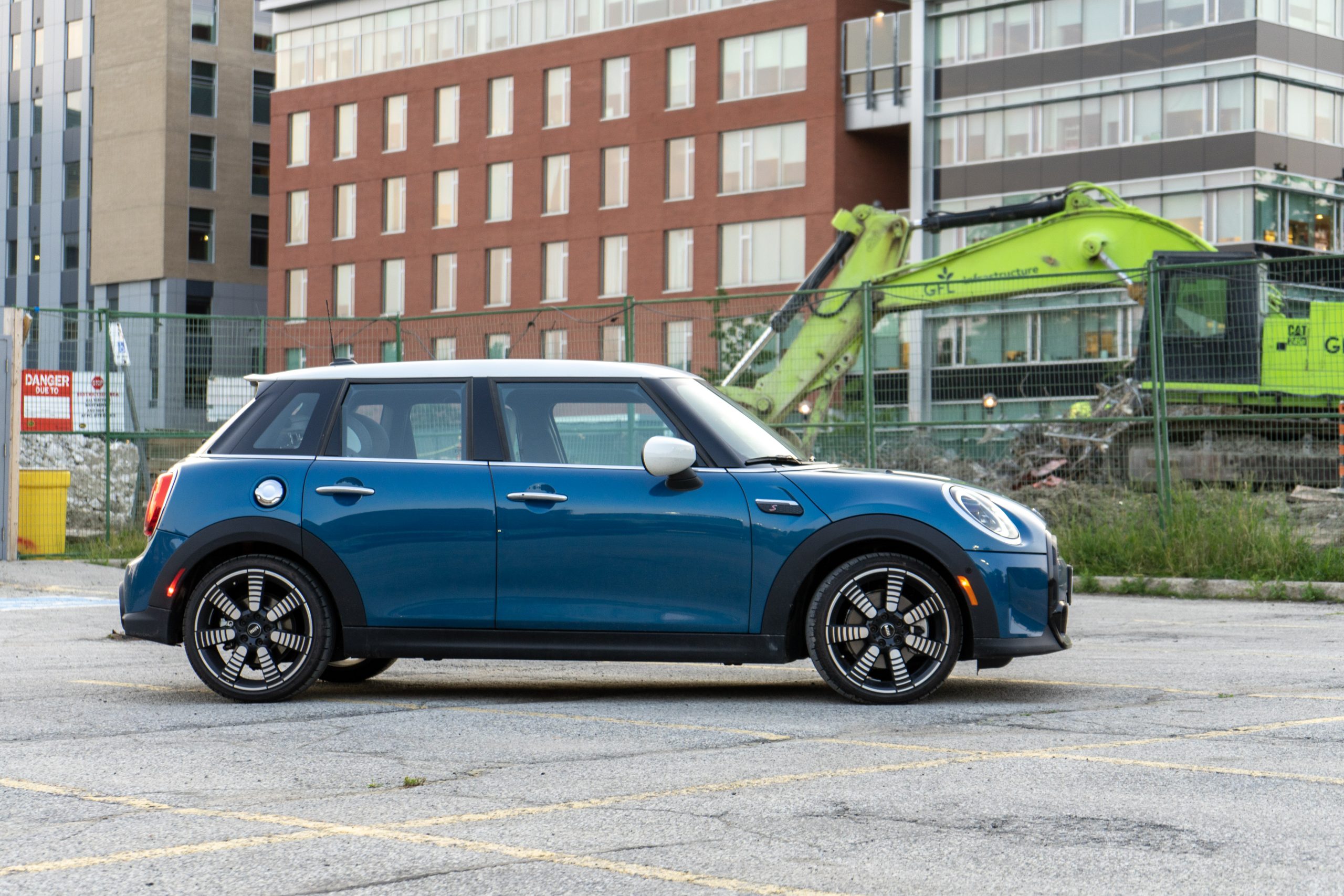 The steering is weighty and turns with precision not found in the small car class. It makes chucking the Cooper S onto highway on-ramps or around roundabouts (if you can find one) about as fun as it gets. You could probably cock a rear wheel if you really tried.

Unlike the Corolla Apex, this Cooper S didn’t have to resort to a suspension crafted out of reinforced concrete to deliver sporty handling. The Mini is stiff but still compliant. Roll is tuned out but not to the detriment of your spine. It’s a much more refined product, one that feels like it underwent hundreds of hours of fine tuning rather than the overnight job it feels like they did on the Apex.

It’s more of the same inside as well. Everything looks and feels like a high-quality product. There are metallic toggle switches on the dashboard and more above your head. One of them even toggles through all the different ambient lighting colours available. 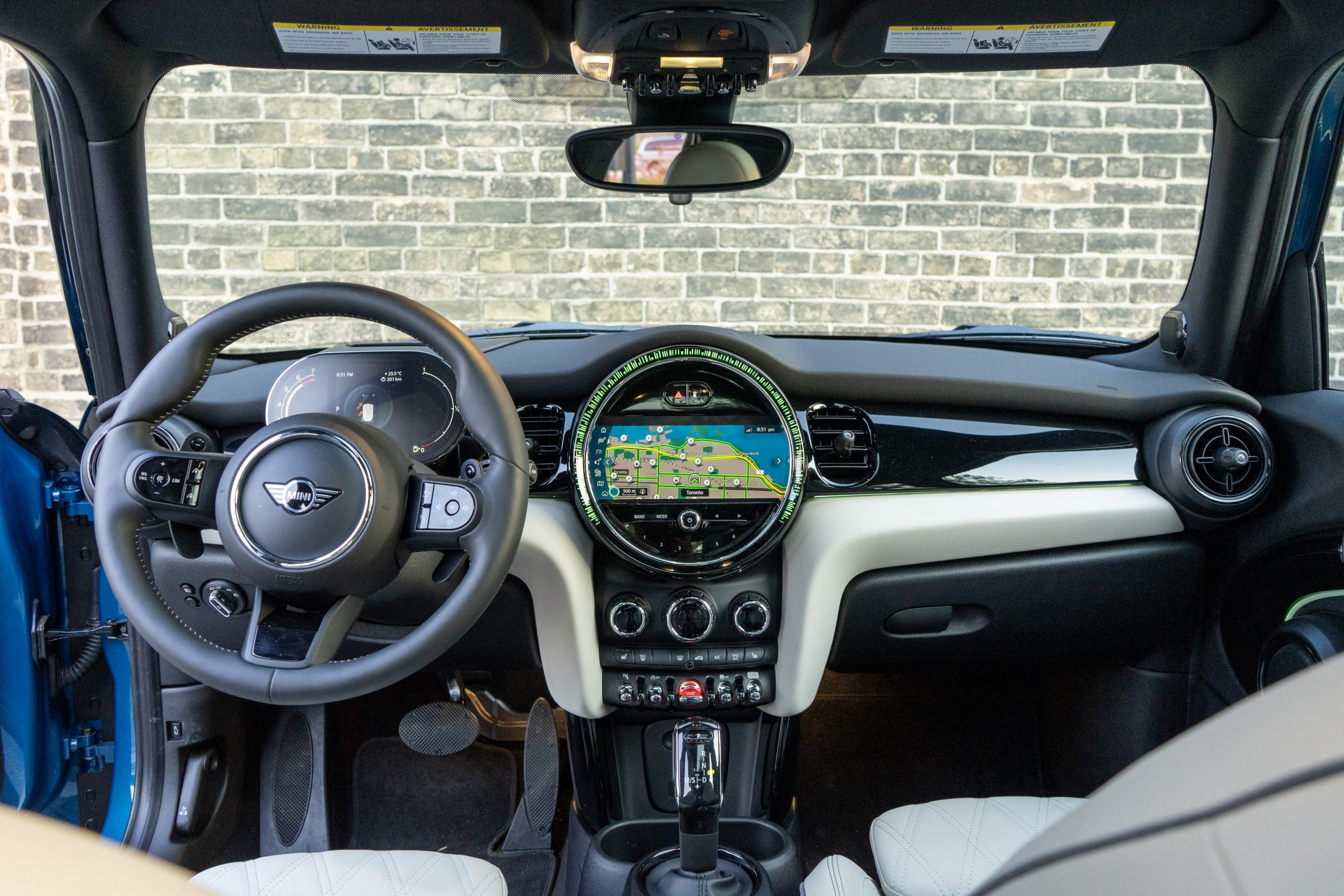 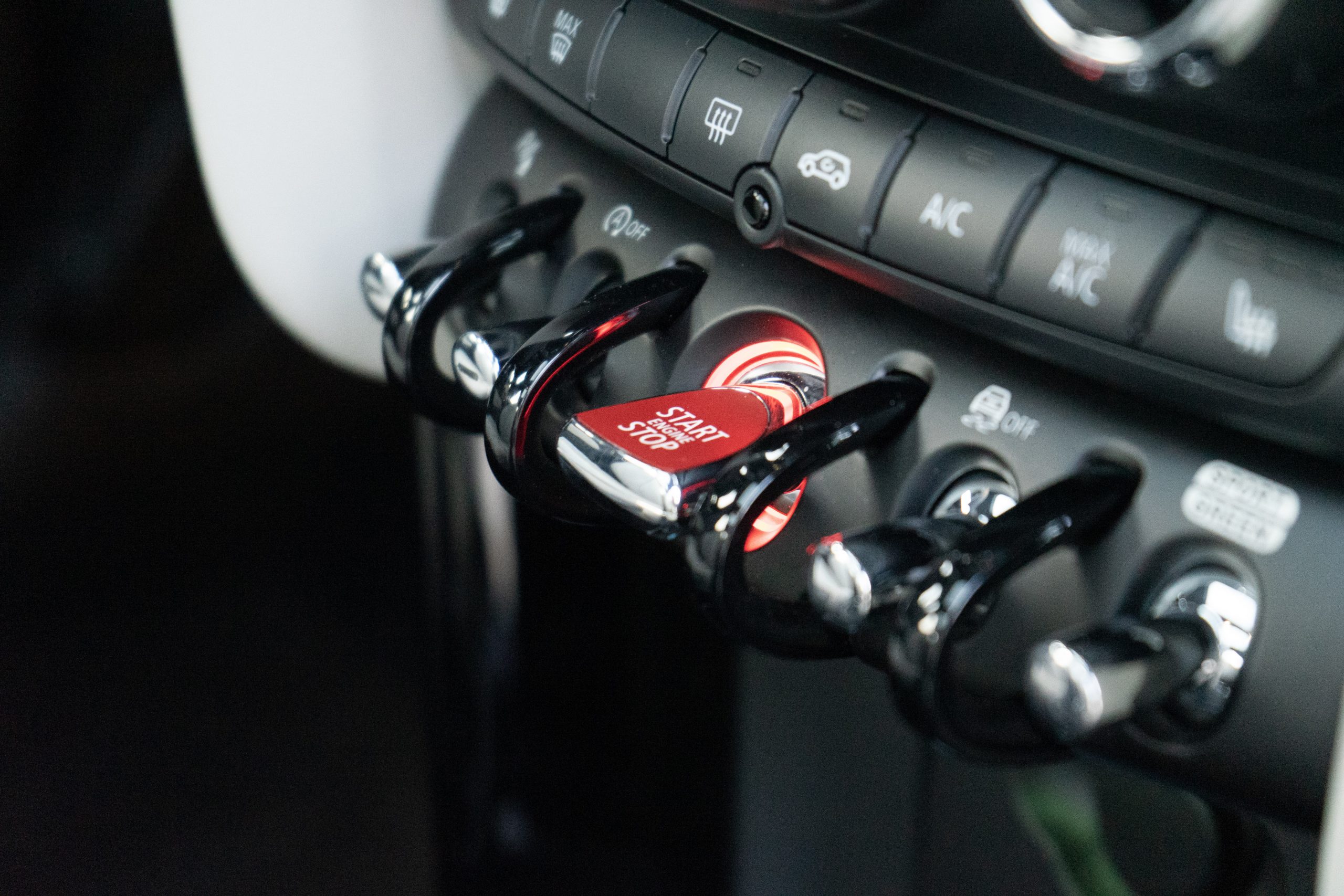 Like that toggle switch, there’s all the usual Mini quirkiness with its now standard 8.8-inch centre display housed in a massive light ring that takes on all sorts of different functions from parking sensor display to rev counter of which I had it set to the entire time.

The Mini has always been a fun car to drive and a fun car to just sit in. It makes both drivers and passengers smile, but it’s pricey. Well equipped versions like my tester ring in over $40,000 which can buy you quite a bit of crossover, and that’s what everyone wants.

Basic Cooper 5 Doors start around $25,000 but you’re not getting a whole lot of kit at that price level and with just 134 hp to work with, other fun cars like the Civic Si and Jetta GLI just make it seem, well, outclassed. 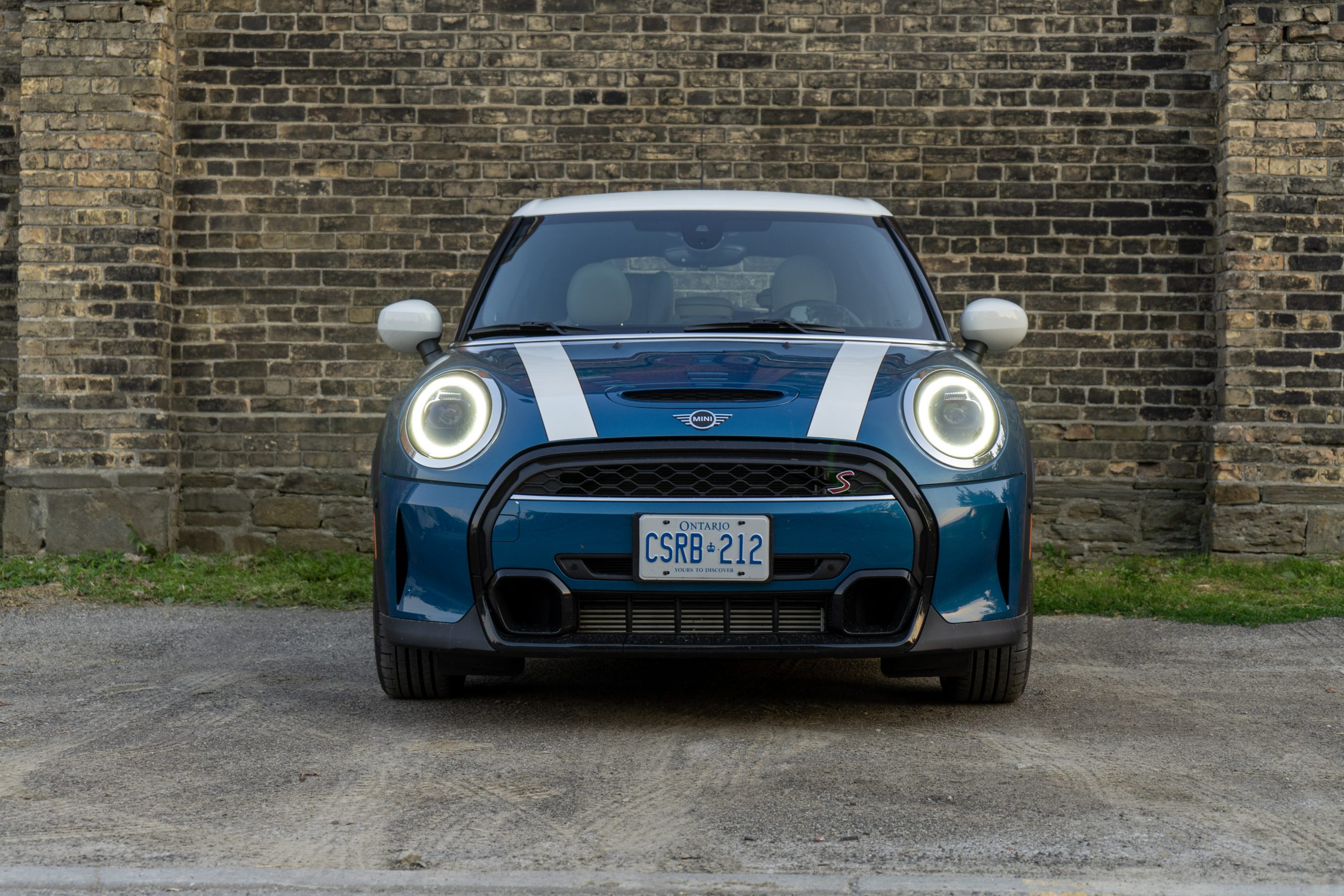 It does have that refined and solid feel, rarely found in the compact car class but how much is that worth to you?

What other small cars don’t give you is that eccentric character and lovable charm, something that’s always been the Mini’s strong point.

A car like this is not bought with your head. It’s bought because you want it for no good reason other than it makes you happy, and we need more cars like that around. Just like the Miata, it’s hard to compare the Mini to anything and I think that might be one of the best reasons to choose one. 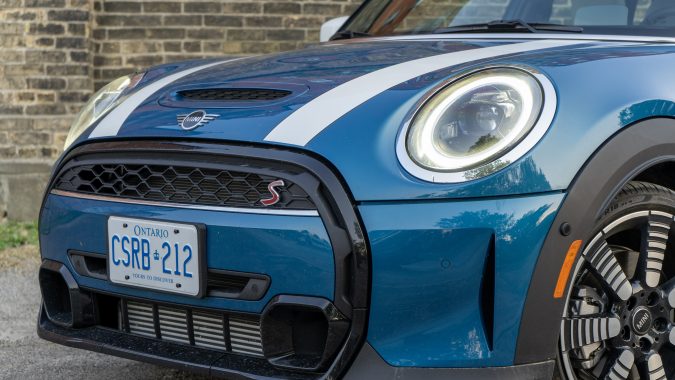 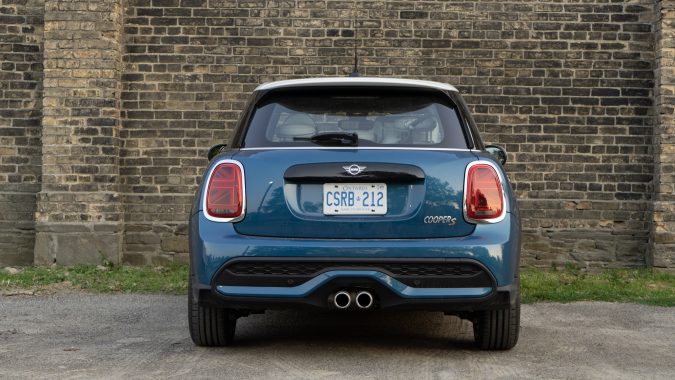 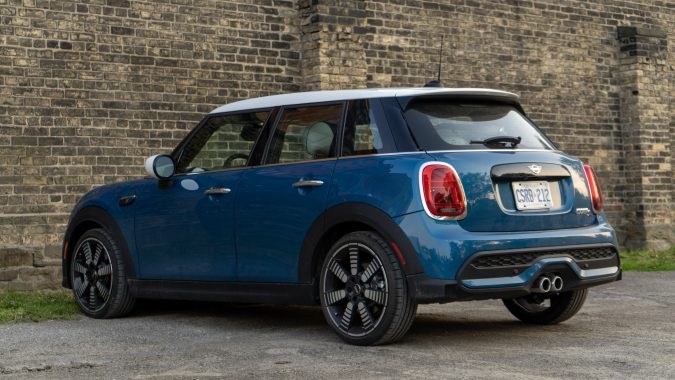 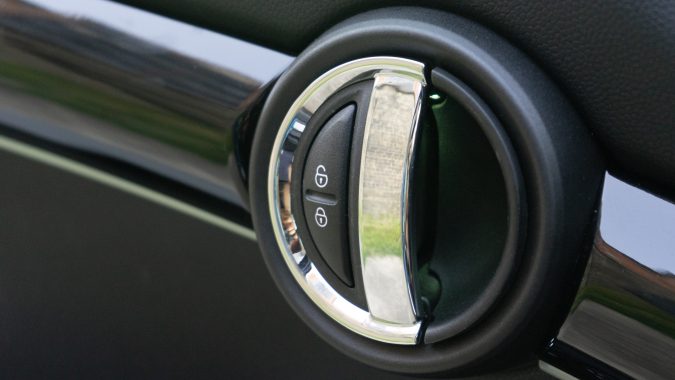 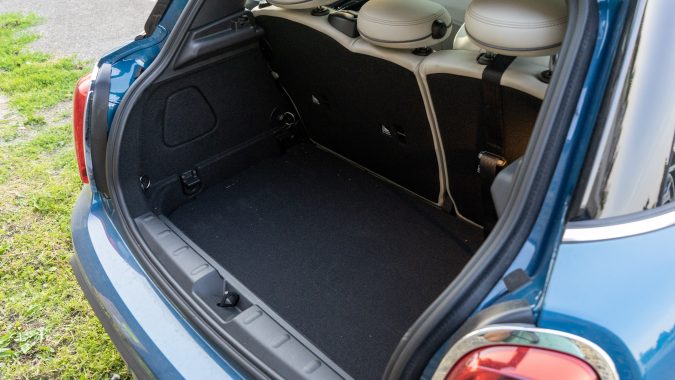 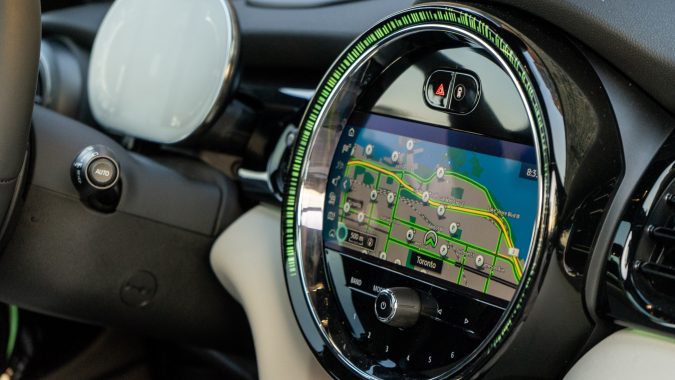 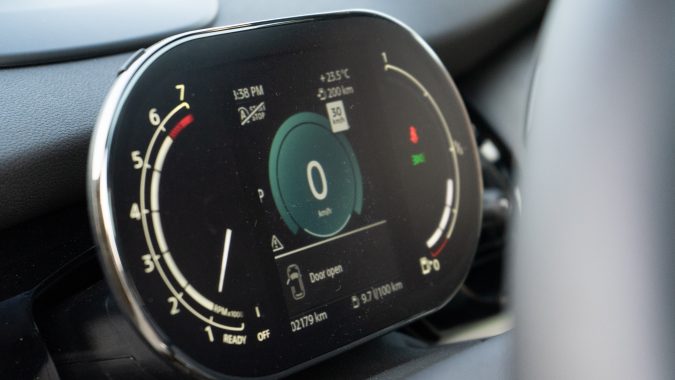 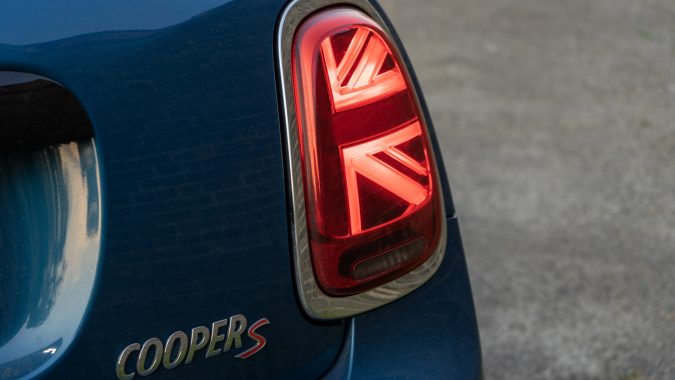