The Nissan Kicks has to be one of the more “gotcha!”-type vehicles in Canada right now.

The Nissan Kicks has to be one of the more “gotcha!”-type vehicles in Canada right now.

When it was deemed all-new back in 2018, it had actually already been on sale the year prior in other markets – notably China and Brazil. It debuted in the latter as kind of a promotional tool for the 2016 Summer Olympic Games and yes, that’s why it’s called “Kicks”, soccer being one of the major events at the Summer Games.

Secondly, it arrived in North America at around the same time the Qashqai did – which means you’d think it had a pretty steep hill to climb to get to consumers. The Qashqai, after all, had been selling in droves across the world and there’s no reason why this smaller, more youthful and colourful version of the hot-selling Rogue wouldn’t do the job in North America as well. Add the fact that the weirdo and similarly sized Juke was still selling in Canada and the United States and, well, where would this Kicks make its mark? 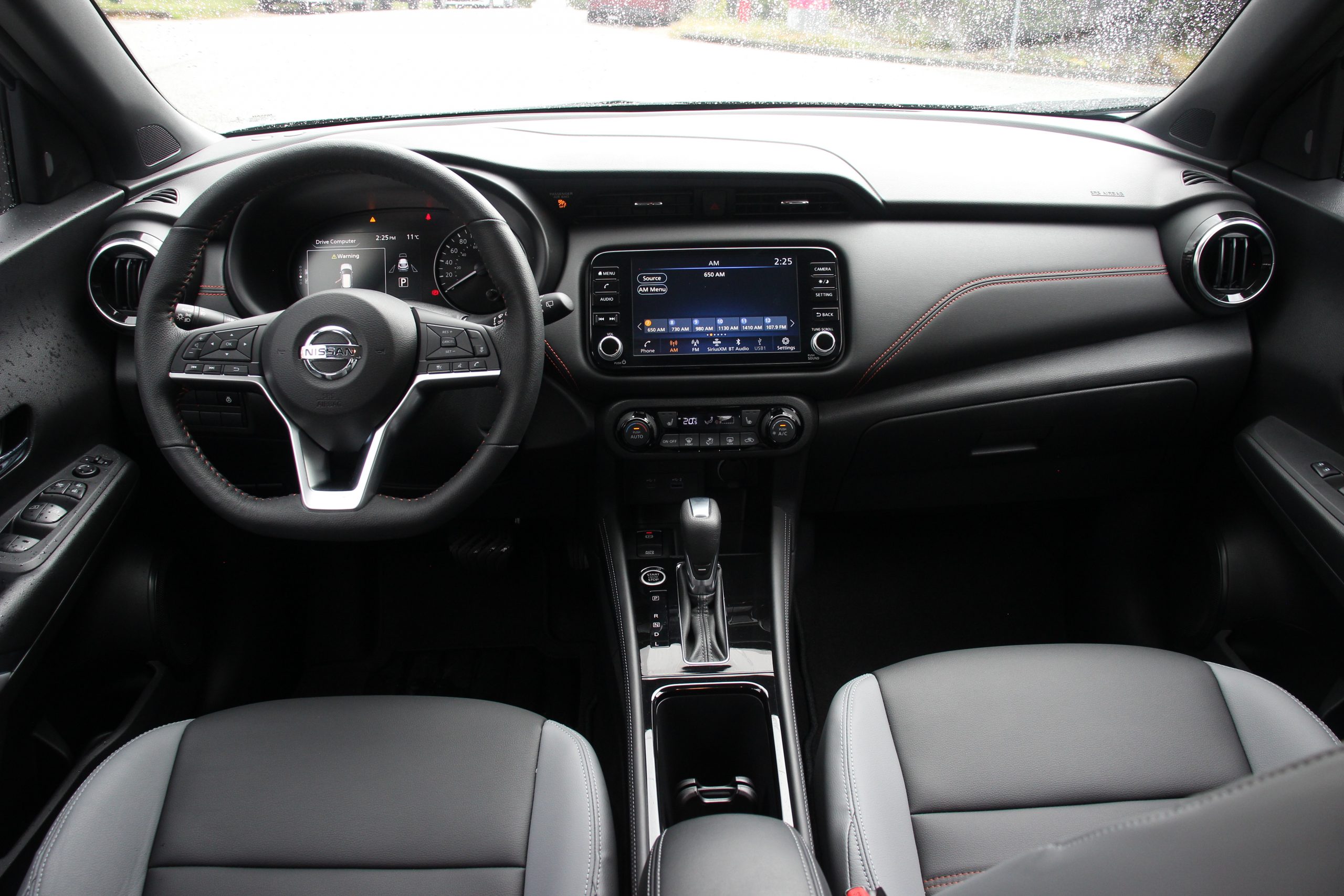 Well, for one, it’s front-wheel-drive only, meaning it’s a car more likely destined to scurry through city streets as opposed to up forestry roads, even though its high roof leaves little doubt that it’s a subcompact crossover as opposed to a subcompact hatchback – it does share many bits with the Versa, though, which means it shared many bits with the Micra when it was still being sold here, including its 1.6-litre four-cylinder engine and continuously variable transmission (CVT).

Which is key because the Micra was a car aimed at the budget-conscious buyers and the Kicks, well, it’s also aimed at that driver, but also one that may be a little, well, taller.

Fast forward to today and when you consider the Kicks’ sub-$20,000 starting price (recall that the Micra once had a sub-$10,000 starting price, a big deal this day in age) and you can see that now that the Micra is no more in this market, the Kicks slots in nicely as a bit of an alternative. It’s a cool-looking and sparkly thing and it forms an intriguing proposition as a result.

For 2021, meanwhile, the Kicks has been given a few styling tweaks to make it even more appealing, including larger front and rear bumpers, updated “V-Motion” grille, slimmer headlamps that are LEDs on my top-spec SR tester, new wheels and contrast-colour black roof as opposed to the white roof it used to have. You can also have the roof colour match that of the rest of the body if you prefer. I don’t. The black looks great, especially when you have the matching black wheels and wing mirror caps. The Grey colouring I have isn’t bad, either. Its subtly matted look does well to keep up with that trend in today’s market – think “Polymetal Grey” from Mazda or “Cement” from Toyota. 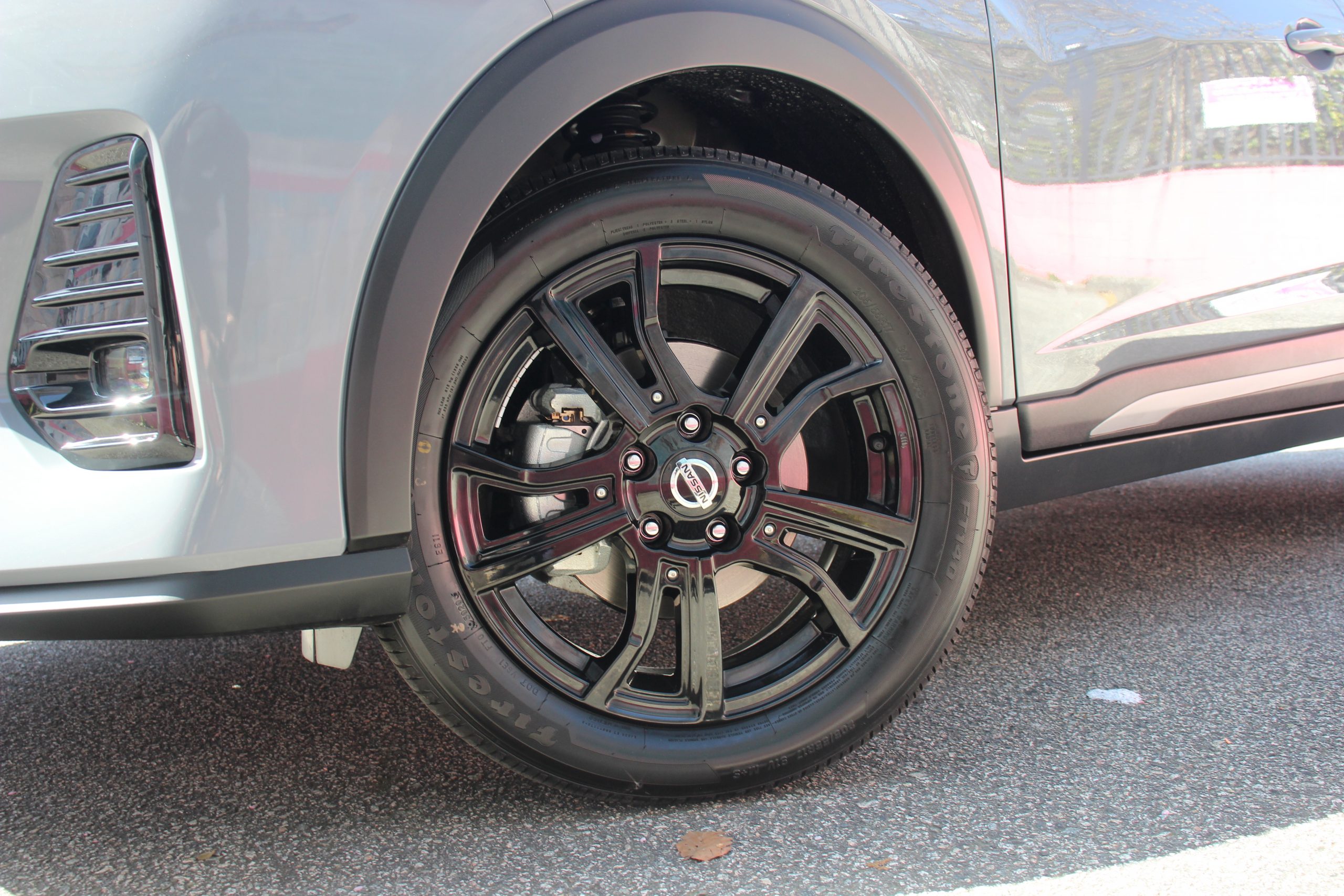 That colour is mimicked by the new-for-2021 synthetic leather seats in my tester, which also get some cool contrast-colour stitching. Stitching that, as it happens, matches the “Bose” logo on the driver’s headrest, there because said headrest contains a speaker. Other adds for ’21 include an eight-inch infotainment display on SV and SR trims as well as standard Apple CarPlay and Android Auto all the way down to base S trim. Also standard is Nissan Safety Shield 360, providing emergency braking, lane departure and blind spot warning and rear cross-traffic alert. My tester’s AroundView 360-degree parking camera is an optional extra. 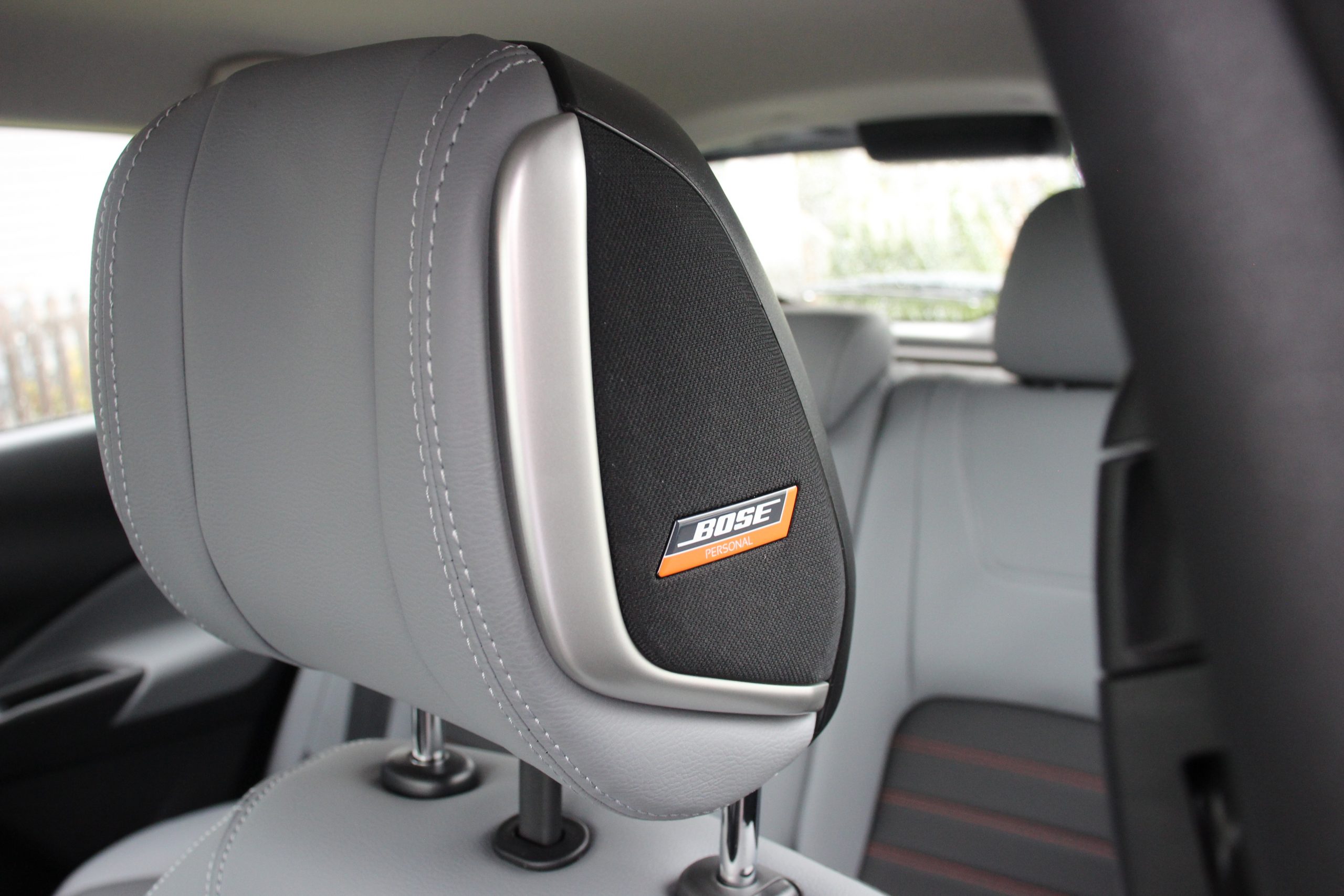 That’s all gravy, but the real story is the same now as it was pre-facelift, and that’s just how roomy the Kicks feels inside, especially in the front seats. There seems to be way more room for your knees and thighs than there should be (the flat-bottom wheel helps), and the headroom is more than generous. The rear legroom isn’t quite so impressive – especially when sat behind tall drivers like myself – but the kids should have no trouble and you should have no trouble loading the kids into their car seat because that tall roof also means taller door openings. Which is excellent, as is the 915 litres of storage space when you flip the rear seats down.

Power from the 1.6-litre is rated at 122 horsepower and 114 lb-ft of torque. Those aren’t stratospheric numbers by any means, but considering the Kicks weighs in at just over 1,200 kilos, it can still hustle. Indeed, it’s not the weight that slows you down so much as the CVT, as transmissions of this type tend to be more about fuel efficiency as opposed to outright performance. There are no paddle shifters or a manual mode to speak of; just “D” and “L” slots. The latter of which I selected more often than I’d like; there should be more resistance between those two drive gears as I found myself driving down the road at what sounded like 7,000 r.p.m. (and felt like about 40 km/h) much too often. Still, I managed 8.2L/100 km in the combined cycle, which is about what Nissan claims for the vehicle. 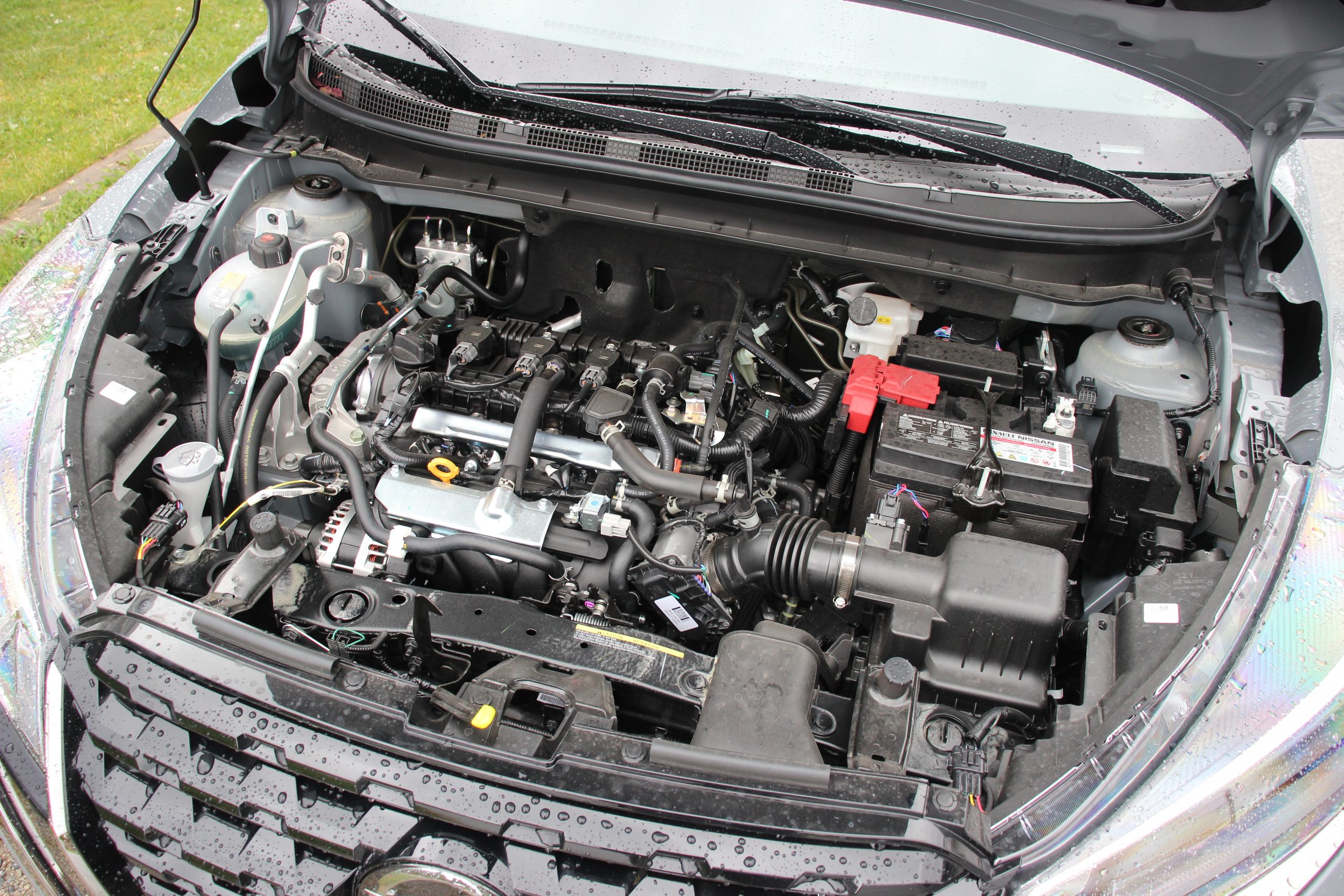 When it comes to the drive, however, it’s not so much about the powertrain with the Kicks as it is about the chassis, which is really quite good. Coupled with direct steering and a well-controlled ride (not as bouncy as I thought it would be considering its height and weight), I have no problem saying that the Kicks was a genuinely fun car to drive – it truly was a joy to hustle though the bends I run almost every car I test on and along with great visibility, made threading the Kicks through city streets that much easier. I had driven the Kicks’ Sentra SR sibling (with a manual transmission!) a few weeks prior and I couldn’t believe it when I looked back through my notes and realized I’d has almost as much fun piloting the Kicks as I had the more performance-oriented Sentra.

Which is a darn fine achievement for this whippersnapper of a cute ‘ute.