The Seltos is a heck of a compact crossover package.

Seltos offers one of the most pleasant surprises of the year

Normally, when a new model or a new generation of a model trickles out to dealers in Canada, it takes a while before you start to see them on the East Coast. For some models, even mainstream ones, it has been the better part of a year of them on the road in Toronto before I saw the first one in Halifax. Maybe we don’t like change, or maybe we just don’t do shiny and new? But with the Kia Seltos, I started seeing them from nearly day one. Dozens of them in just a few months, and that had me intrigued. Was it thanks to a good offer from the finance office, or was this little crossover the real deal?

With the Soul and Sportage already in the lineup, it might not seem like there’s room for a model that’s just 100 mm shorter than the Sportage, but Kia has found an interesting spot. They’ve made the Sportage somewhat obsolete since the slightly bigger, 300 kg heavier model has less interior room in most dimensions including maximum cargo space. It’s an impressive feat, packing up to 1,778L of cargo behind the front seats but offering significantly improved fuel economy compared with its sibling. In a part of the country where a doctor visit or a trip into town can be three hours each way and gas is expensive, that’s a big deal.

More than just size, the cabin is extremely well laid-out. It felt massive inside compared with almost anything in this size range without actually being larger outside. Positively palatial, even for back seat passengers. An easy to read and reach infotainment system is quick and responsive. A separate shelf for phone charging frees up even more cubby space, and the door trimming is nicer than the Lexus I tested before this Kia. 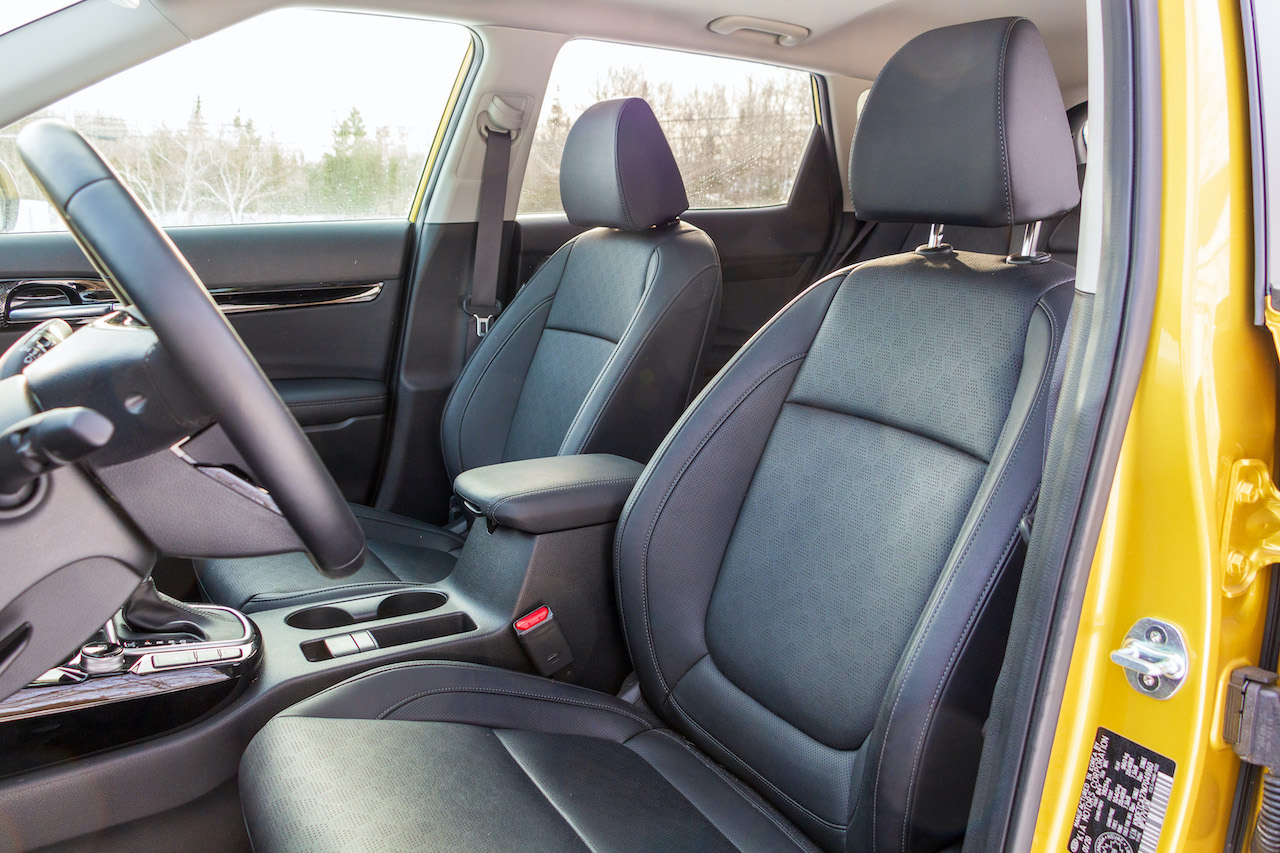 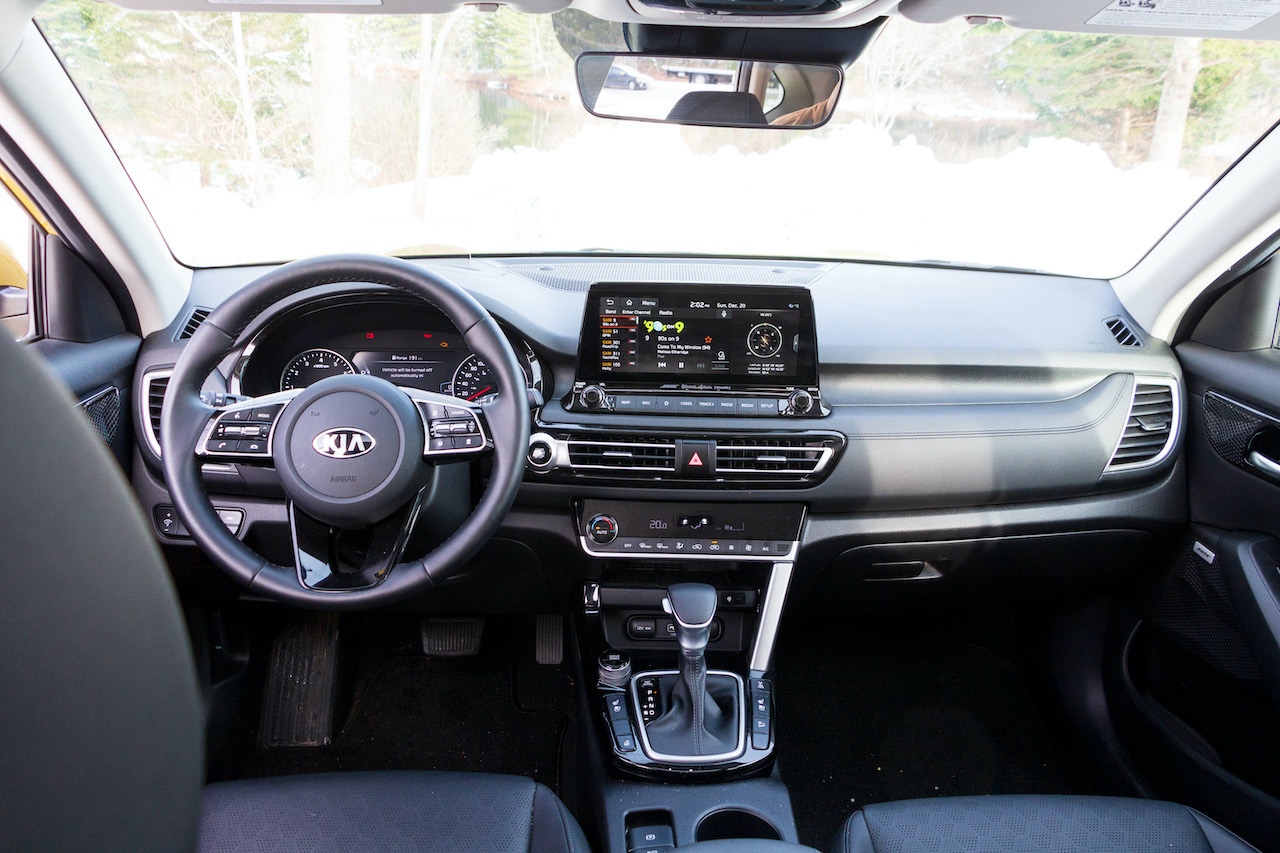 Less well executed are the headlights. That signature light bar of SX reaching over the tiger nose grille looks cool day or night; the LED headlights below it were far from a bright spot, even with the high beams on. Handier is the automatic defrost logic for the automatic climate control that’ll clear your front glass as needed. Extra handy if you’re on the coast and temperatures near freezing combined with 80 per cent humidity and rain are the default winter weather.

Heavy on value,if light on the scale, heated front seats come standard on even base front-drive Seltos modes. Want your hands warmed and you’ll need to step up to EX (EX Premium to add ventilated front seats). But what you won’t need to do to get the luxury bits is get the more powerful engine. An EX Premium with the 146 hp 2.0L has every goody but a head-up display, which isn’t really needed thanks to the excellent digital dash, without the extra $2,000 of the SX Turbo’s price. The SX Turbo tested has a 1.6-litre and 175 hp with a seven-speed dual-clutch in place of the lower engine’s CVT, and with acceleration that’s just above average-feeling for the class with the Turbo you might find the 2.0L four on the sluggish side. The DCT wins serious points for being smooth even at ultra-low speeds while hunting for the best lights in the area, a place where most DCTs (and many conventional autos) suffer.

Seltos is packed with driver assistance features including Highway Driving Assist, a feature that adds speed limit data and lane guidance to the adaptive cruise control so it’ll follow changing speed limits on certain controlled-access highways, and guide you into the center of the lane. Like with many modern navigation systems, speed limit data is sparse in this part of the country, limiting the feature’s usefulness. Likewise, the lane following assistance had trouble with our narrow lane secondary highways and would pinball side to side, sometimes confusing the drop-off to the shoulder with a white line. Even on major routes, it seemed to try too hard to keep you exactly in the center and that meant it got turned off in a hurry. Fortunately, turning it on and off is exceptionally easy thanks to dedicated buttons. Even LX Seltos gets rear cross-traffic and blind spot alerts, a nice perk in this segment, with EX adding more accident avoidance systems.

The wide 10.25-inch screen on EX Premium and SX lets Kia put three different windows on screen at once, with each one large enough to use. Map left, radio center, climate control right, for example. You can split it into two, or just one wide one, though Android Auto won’t go full-width and instead leaves a right-side window with several display options. Mood lighting for the dash and front speakers can be set to a few colours or pulse to the radio for a cool disco effect that paired wonderfully with Christmas light cruising. Lower trims get a smaller screen that has the added perk of being in the dash not on top, which is good if you don’t like the pop-up screen look. 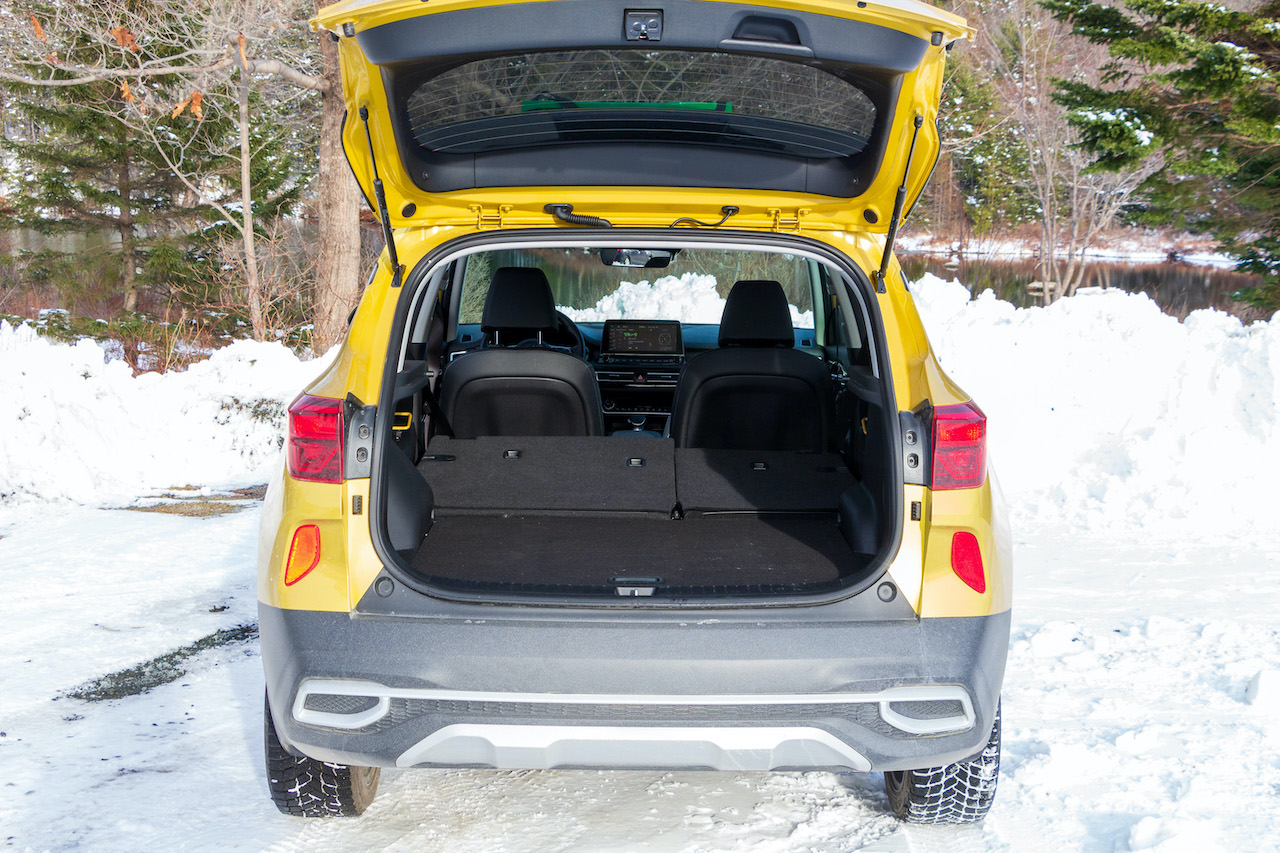 Less adventurous styling than the Sportage while still more interesting than most of its segment, a ride packed with standard kit and must-have options that are tough to find in the class, the 2021 Kia Seltos is a heck of a compact crossover package.

Tons of room, excellent ergonomics, and an optional infotainment system that’s also top of class. It’s a Herculean effort from Kia, and seeing it grab the number two spot for Kia sales in its first year is no surprise. I expect to see a whole lot more of them on Maritime roads, though they might not see me after dark.