Plugging in comfort, space and efficiency, but pricy

When it comes to luxury three-row SUVs, your choices are like pumpkin spice treats in the fall: they’re everywhere, and seemingly every upscale brand has at least one, sometimes more. However, for buyers interested in a luxury three-row SUV that plugs in – whether for the extra quiet/smoothness, the instant power, the extra efficiency or possibly even a tiny extra measure of environmental credibility – the pickings on the new vehicle market are currently fairly slim.

There’s this here Volvo XC90 T8 plug-in hybrid (PHEV), the new-for-2020 Lincoln Aviator Grand Touring (GT denoting the PHEV version), or the $112k-plus all-electric Tesla Model X. In that context, the $84,100 starting price of the XC90 T8 seven-seater seems very reasonable, at just a bit higher than the larger and much heavier Aviator Grand Touring’s $81,000 starting price. Granted, this particular XC90 T8 tester was a fairly, but not fully, loaded version that came out to $96,590 in total, after adding in freight and options. But the Lincoln can also be optioned up to a similar level, on a vehicle with very close ties to the Ford Explorer PHEV that’s not offered in North America, but is in Europe.

From an exterior design standpoint, sheet metal appeal may be subjective, but there’s no doubt to these eyes that the Volvo is by far the most handsome of those three, and arguably more visually striking than hybrid luxury rivals such as the Lexus RX 450h L and the Acura MDX Sport Hybrid as well. That’s an impressive feat for an SUV that launched this generation in 2014, with only minor nips and tucks in the past few years to keep it fresh.

It’s also cleanly refined and modern inside, with some exquisite details, although not quite as lavishly adorned as some in this price range. The interior will look familiar to anyone who has been in an XC60 or most Volvos lately actually, with its signature vertical Sensus centre screen, true-to-Volvo-blocky-heritage square twist knob down by the cup holders to start it, and unique roller Drive Mode selector just underneath. 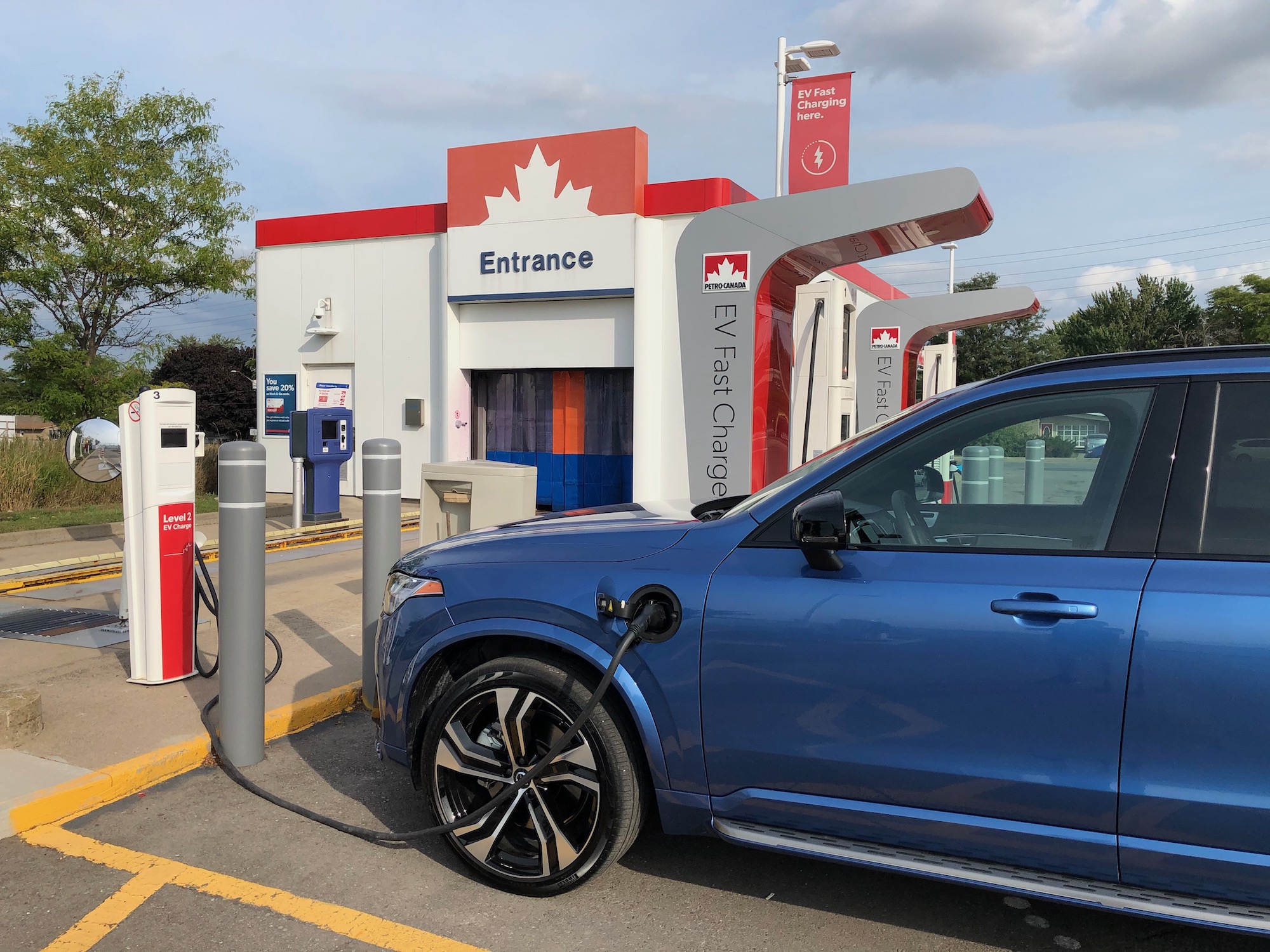 As a little test, I asked for a guess from the passenger seat of how much this car cost; she’s not in the business, or an enthusiast, but has been in almost as many brand new vehicles as me over my 20 years of weekly car testing. Her first guess? About $50,000.

Some things to keep in mind however: it’s near impossible to see the optional head up display speeds or other info such as navi directions while wearing polarized sunglasses. For the first few hours driving it, I had no idea it featured a HUD. But it does appear easily with non-polarized sunglasses.

The optional heated steering wheel gets up to nice and toasty levels quickly, part of a Premium package ($2,100) that also includes heated rear seats and electrically foldable rear headrests. But there were no cooled seats in this tester, which is a surprise at this price level.

It requited itself on the luxury count with full Nappa leather seats, fine stitching on the dashboard, a massive panoramic roof, as well as a super clear and super loud Bowers and Wilkins high-end sound system that can drown out even the worst singer at full blast – which it should for its $3,750 option price. 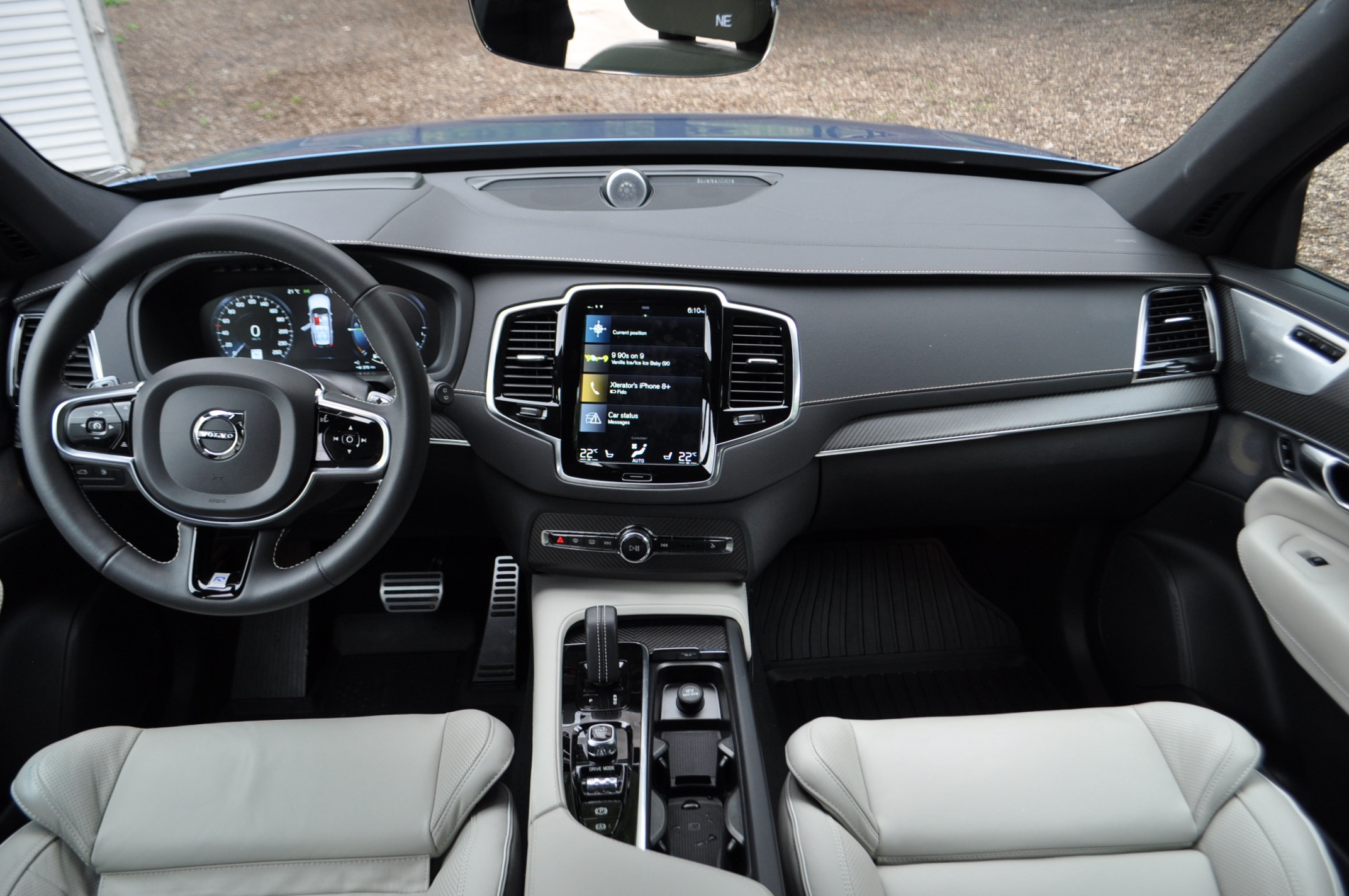 Volvo’s reputation for passive safety crash protection has extended to the more advanced active safety sphere, which attempts to increase visibility and space around you, to help avoid crashes at low or high speeds.  A touch of the right arrow on the left-hand side of the steering wheel takes you to Volvo‘s active steering system, dubbed Intellisafe Pilot Assist, which lights up a green steering wheel to tell you that it’s actively helping you with steering duties. You can now occasionally let go of the wheel, and it will keep your spot in the centre of the lane even in curves, although if you take your hands off the wheel totally after about a minute, it’ll warn you to put your hands back on for safety.

The systems work so smartly and smoothly that the overall driving feel of the XC90 is quite futuristic, if less involving, its optional air suspension isolating the driver from the road as well as helping keep the big brute level while cornering, with the standard active cruise control keeping your desired space in front of you nicely, although braking is not quite as smooth as the best systems out there.

This semi-autonomous system also works in the city, with braking recognition for pedestrian, child, cyclists and large animals, says Volvo. In practice, the driver can set it for 50 km/h, and it’ll stop the car on its own, needing only one touch of the accelerator to keep it going, though it accelerates so slowly it wasn’t something I used often.

A four-cylinder engine in such a large vehicle may seem overtaxed, but the addition of an electric motor and a total of 400 hp from the supercharged and turbocharged four meant there was always plenty of available thunder underfoot. Mind you, when the car was charged up, you’d naturally try to avoid waking up the internal combustion engine (ICE), as it was just so loud compared to the luxuriant silence during those 32 or so all-electric kilometres, before the XC90 went into regular hybrid mode – silent at lights and through drive-thrus, but otherwise like a normal gas engine otherwise. 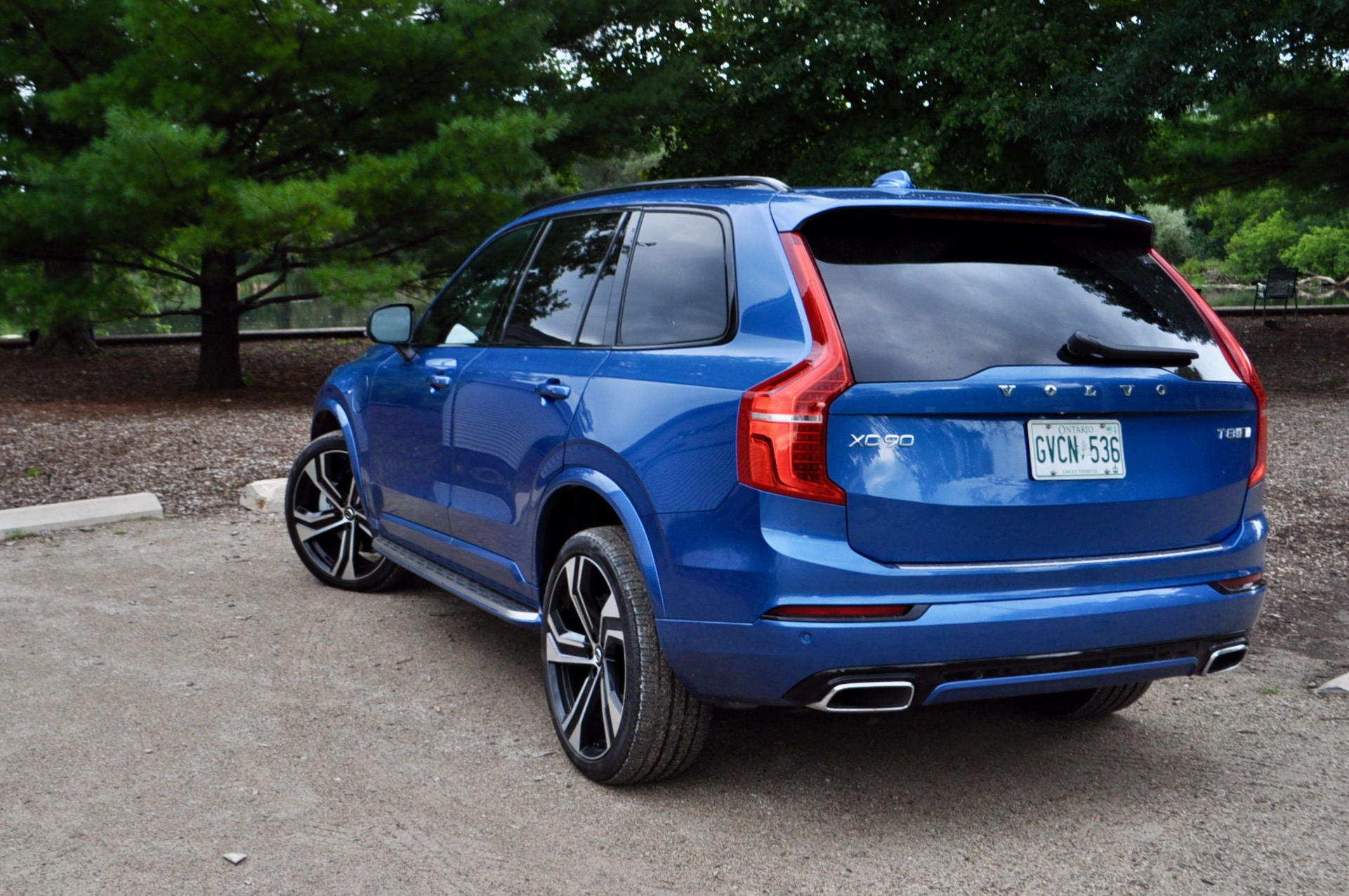 It was that silence that truly sets the XC90 driving experience apart from non-plug-in gas-electric hybrids such as the Lexus RX 450h L and the Acura MDX Sport Hybrid, and it provided a strong incentive to plug in every day. Officially rated at 29 km of e-range, I saw 32 km or so of range on the dash most often, though what you actually achieve will decrease with temperatures and e-pedal use.

But large luxury SUVs realistically are bought more for cargo room and practicality than fuel consumption, and the XC90 acquits itself well here too, with a 2,267 kg towing capability that can bring most toys to and from the cottage without worry.

The XC90’s two third-row seats will be hidden away in the cargo area mostly for many buyers, as these were, but there’s no easy way to lift it from behind the rear bumper. Those rear seat riders don’t get any cupholders or USBs so it’s third class area back there.

In the end, there’s a lot to admire about the XC90 T8. Despite its advancing age, it’s plug-in hybrid powertrain is still near state of the art in this class, and while it’s disappointing to only have 29 official km of range and no quick charge capability, as Volvo’s new more electric brand Polestar offers on its Polestar 1 PHEV, there’s a good-looking, comfortable and super refined driving package here, if a little pricy. 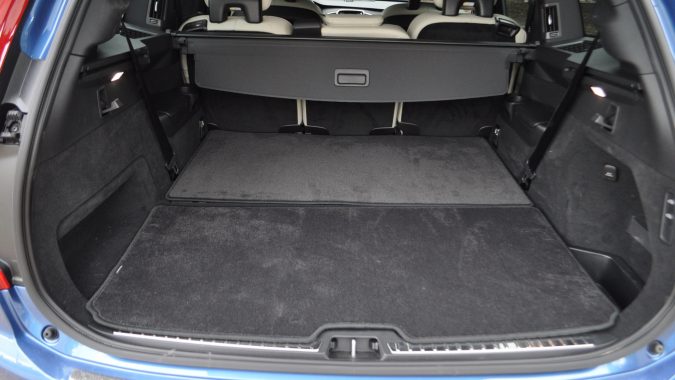 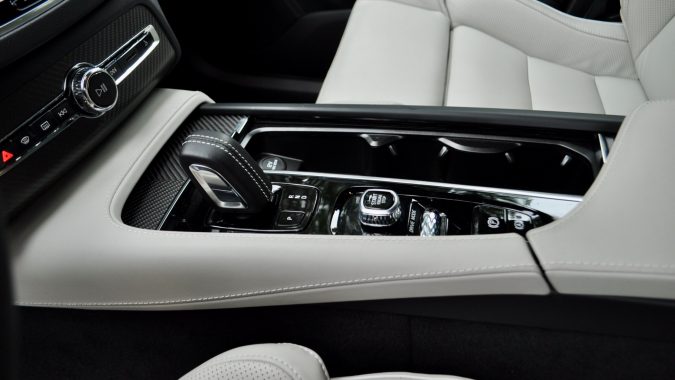