Relying on its reputation to soldier on.

Ask anyone, including people who know nothing about cars, what their favourite midsize truck is. Chances are they’ll blurt out Toyota Tacoma. After all, these things have been soldiering on for decades now with very little in the way of mechanical issues and tremendous resale value.

This reputation has allowed the Tacoma to dominate its segment from a sales standpoint. During the 2019 model year alone, the big T delivered 240,000 Tacomas in Canada and the US alone.  That’s almost double the sales of GM’s Colorado and Canyon, the current second-best sellers.

Toyota therefore understands what it has, which is why when the current-generation Tacoma was redesigned for the 2016 model-year, nothing had really changed, except for a new look and a few mechanical updates. And it’s the same story for 2020: nothing is new. Well, almost nothing.

To be fair, the Tacoma got a slew of significant updates for the 2020 model year, even if you can’t really see them from the outside. The biggest change is an upgraded infotainment interface with larger available screens, and the addition Apple CarPlay and Android Auto compatibility. Finally, the Tacoma enters the 21st century. 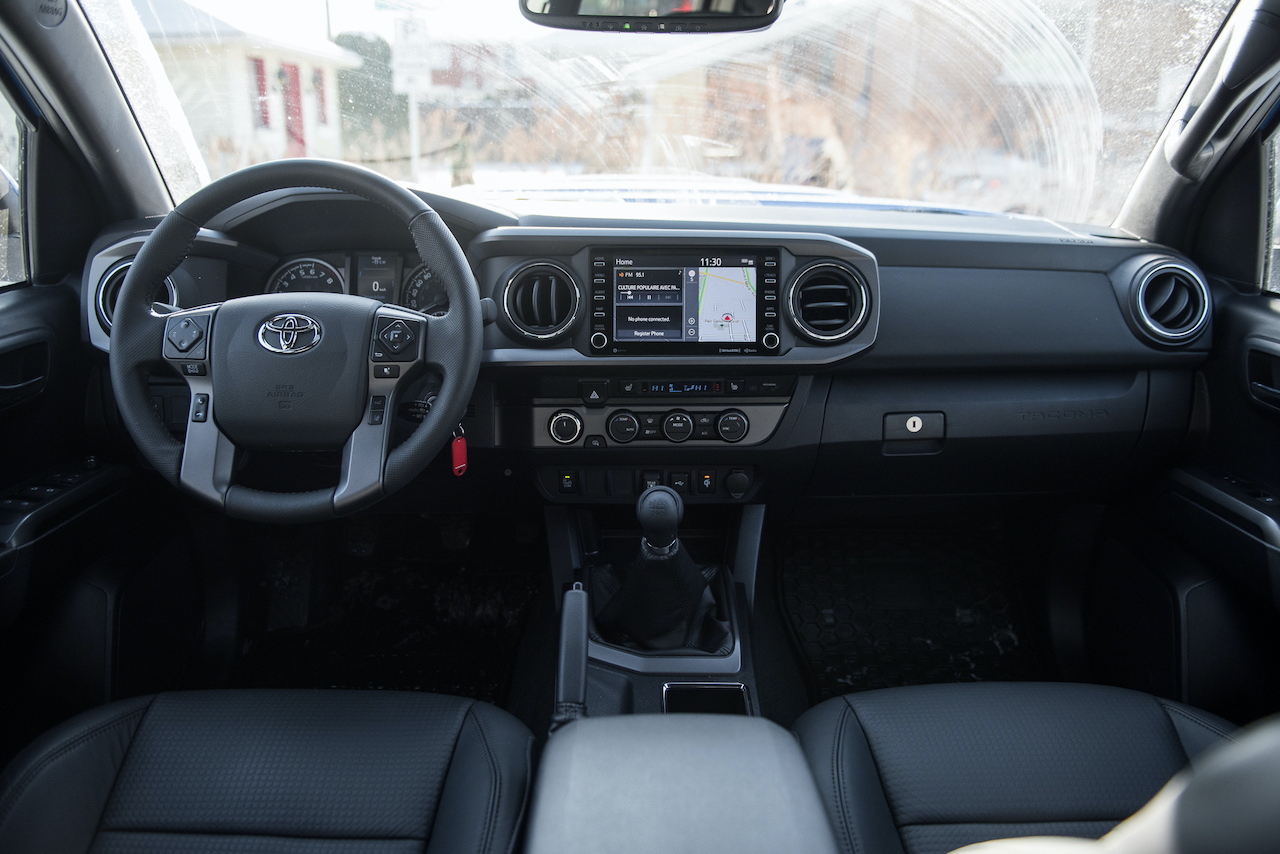 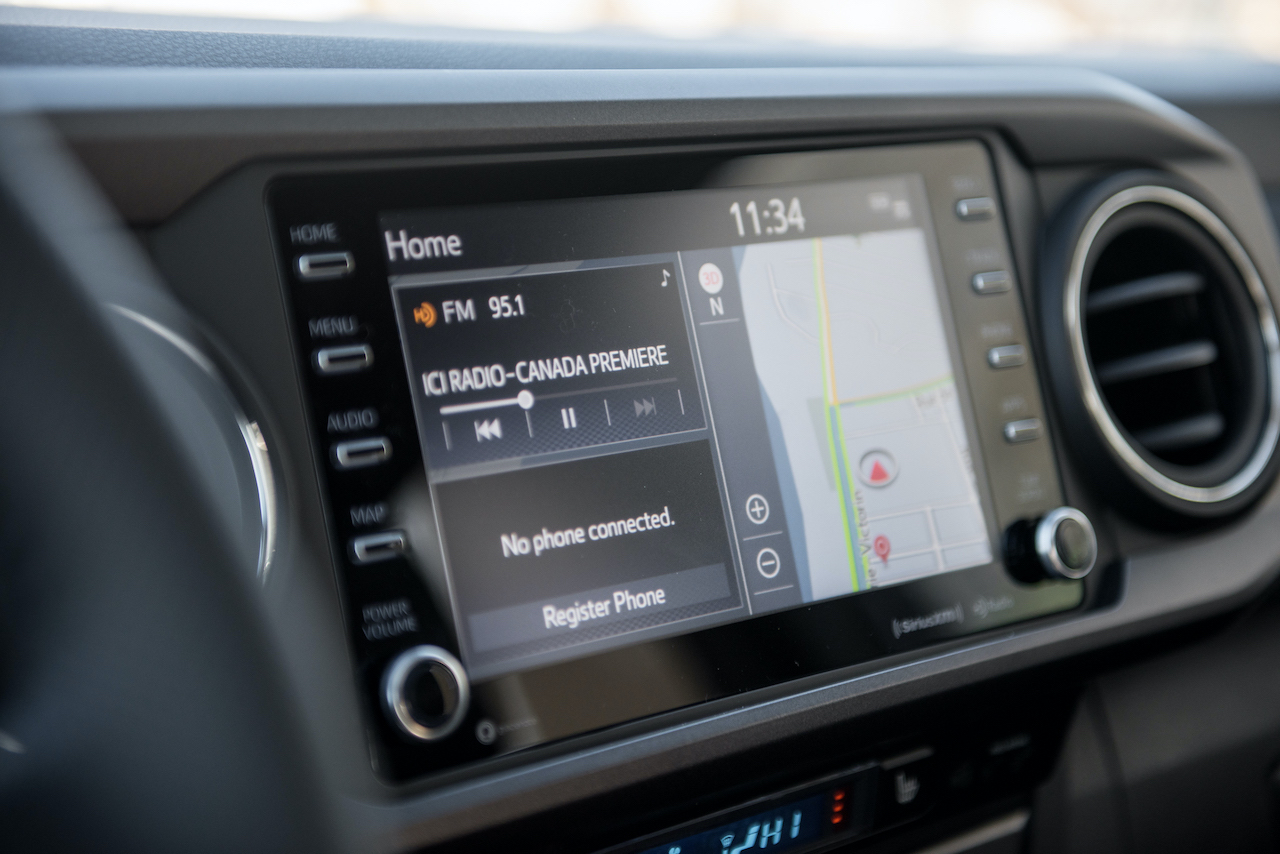 Other changes include new exterior styling cues, like a refreshed grille design, different wheel choices, new available colors, revised taillights, and new LED headlights on specific trim levels. The truck now gets a power-adjustable driver’s seat, as well as a set of useful camera systems to remain in tune with the times.

Our tester was a 4×4 Double Cab model powered by the 3.5-liter V6 and the very rare six-speed manual gearbox. A six-speed automatic is of course available. Power from the V6 carries over unchanged at 278 horsepower and 265 lb-ft of torque. A 2.7-liter four-cylinder is also available with 159 horsepower and 180 lb-ft on tap.

In our configuration, the Tacoma comes by default with the TRD Sport package, which remains a standalone option when you opt for the automatic transmission. Voodoo Blue was last year’s exclusive TRD Pro paint job. It can now be had on a standard Tacoma at no extra cost. In this form, our truck stickered for $46,696.

The New Rivals Are Good

Even if the Tacoma is the best-selling mid-size truck, it doesn’t mean Toyota isn’t feeling the pressure from newfound rivals. While it was once alone in this segment with perhaps the Nissan Frontier, the Tacoma now faces a full battalion of solid new offerings. 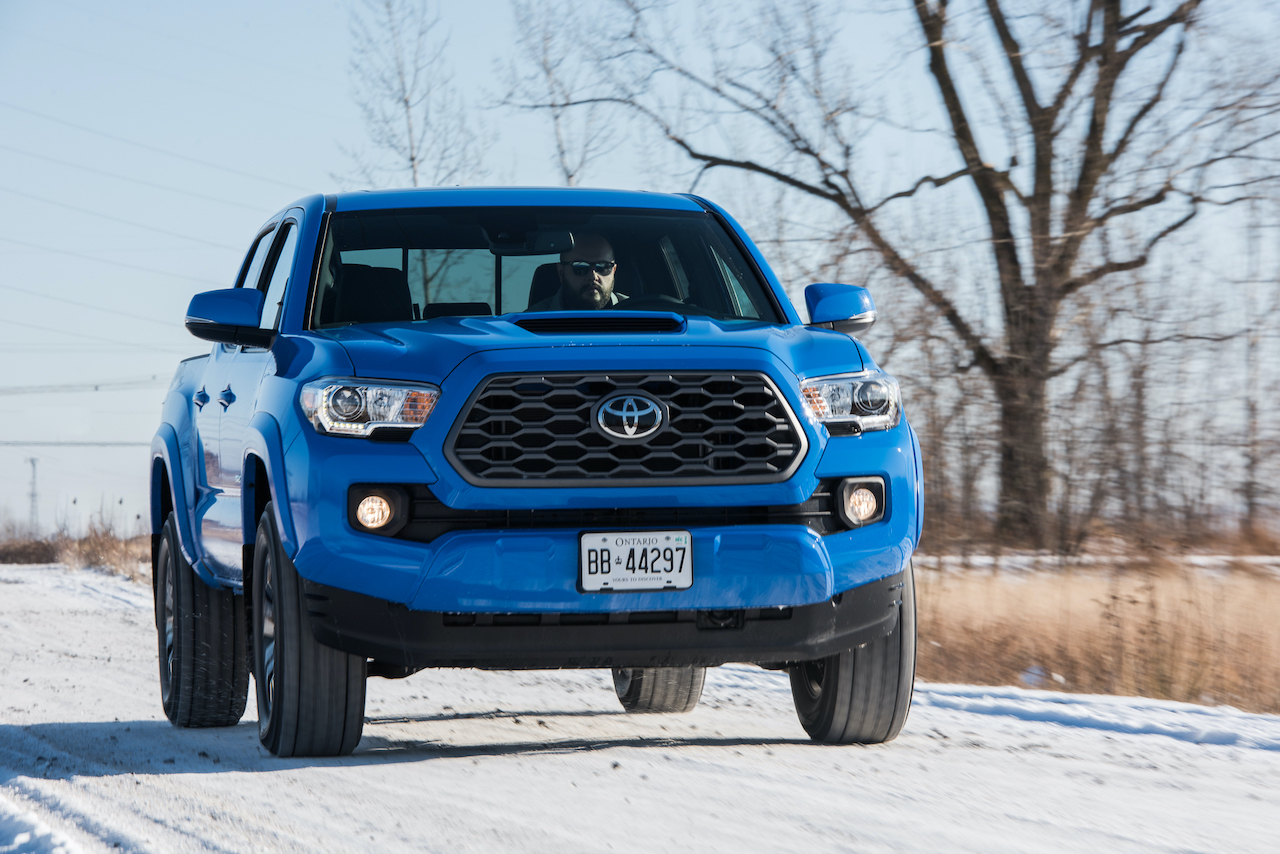 Think trucks like the Honda Ridgeline, the aforementioned Chevrolet Colorado / GMC Canyon duo, and the new kids on the block: Ford Ranger and Jeep Gladiator. And all of them, except perhaps the Honda and the Nissan, beat the Tacoma in the areas that matter.

Oh, we almost forgot the diesel-powered Colorado/Canyon. They can tow up to 7,700 lb (3,175 kg).The charming little Toyota is therefore outgunned in towing, and by a solid margin.

Once inside, we found the Tacoma to be deeply flawed. For instance, the seating position is one of the most awkward we’ve witnessed in a modern automobile. Getting inside requires you to climb, and then crouch. The issue comes from a floor that’s set too high in the cabin, so you basically feel like your knees are touching your forehead. 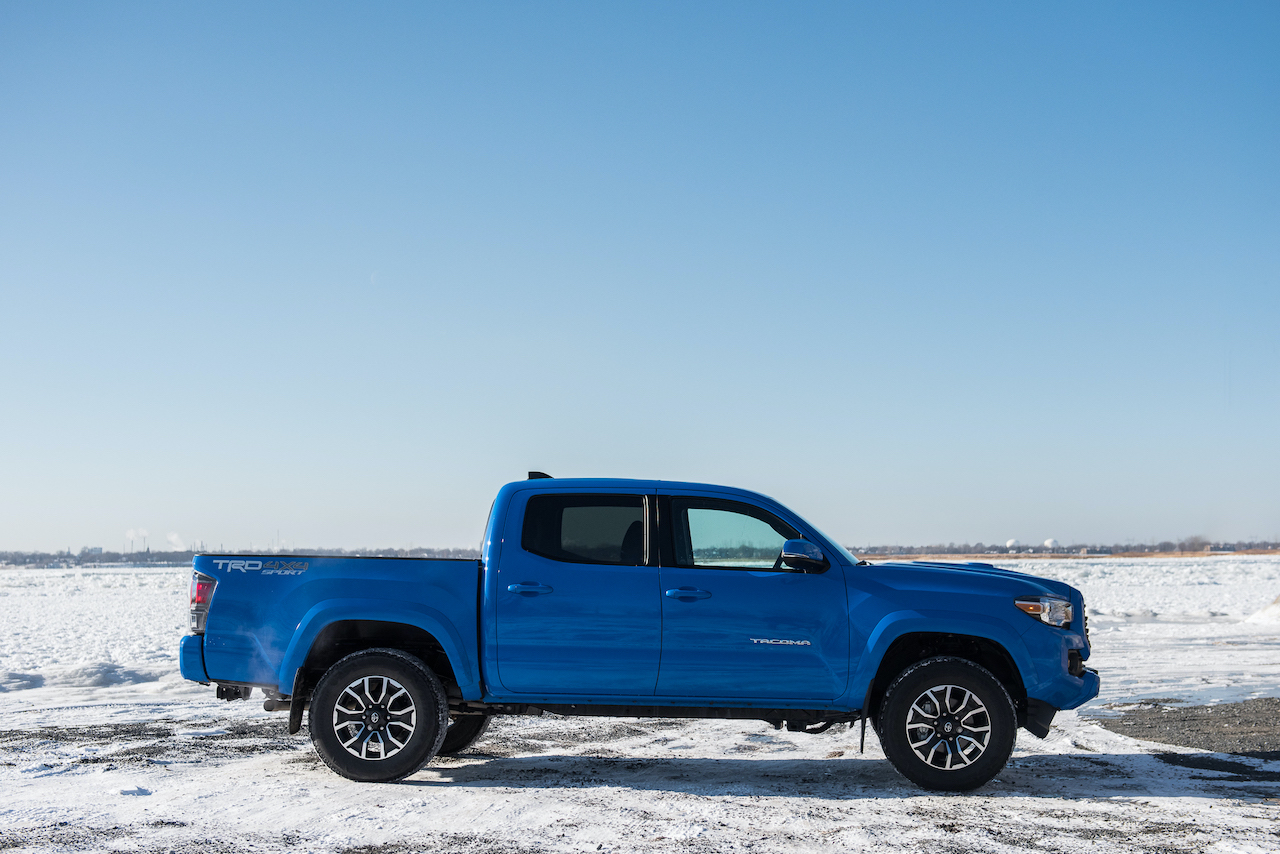 Then there’s the absence of a telescopic steering rack, a tight rear seat and rock-hard leatherette seats. The Tacoma isn’t the most comfortable truck to spend some time in, especially when compared to a Gladiator or even a Ridgeline.

That said, we did enjoy the new infotainment interface with its large icons and easy to comprehend information through a simple yet effective setup. As a matter of fact, the entire Tacoma’s cabin is laid out in a Spartan yet functional design. Knobs are large, easy to grasp, and most controls are a breeze to find and operate, even the ones located on the ceiling.

The 3.5-liter V6 makes good power, and sends enjoyable sounds through the cabin as well. Acceleration is brisk, low-end torque is plenty and the engine loves to rev. The manual gearbox is sloppy, with vague shift action – which is expected from a truck -, but clutch take-up is crisp and butter smooth. We congratulate Toyota for offering a stick-shift option in this segment. While the take rate is rather low, it at least allows the Tacoma to distinguish itself from its rivals. Only the Gladiator and the Frontier offer such a feature.

Sadly, though, our overall impression with this Toyota was that of an old and overcome truck. The moment you drive it over an imperfect road, the way its chassis wobbles and oscillates makes you realize you’re driving a dated vehicle. Even the ageing Chevrolet Colorado behaves better than this out in the urban jungle. 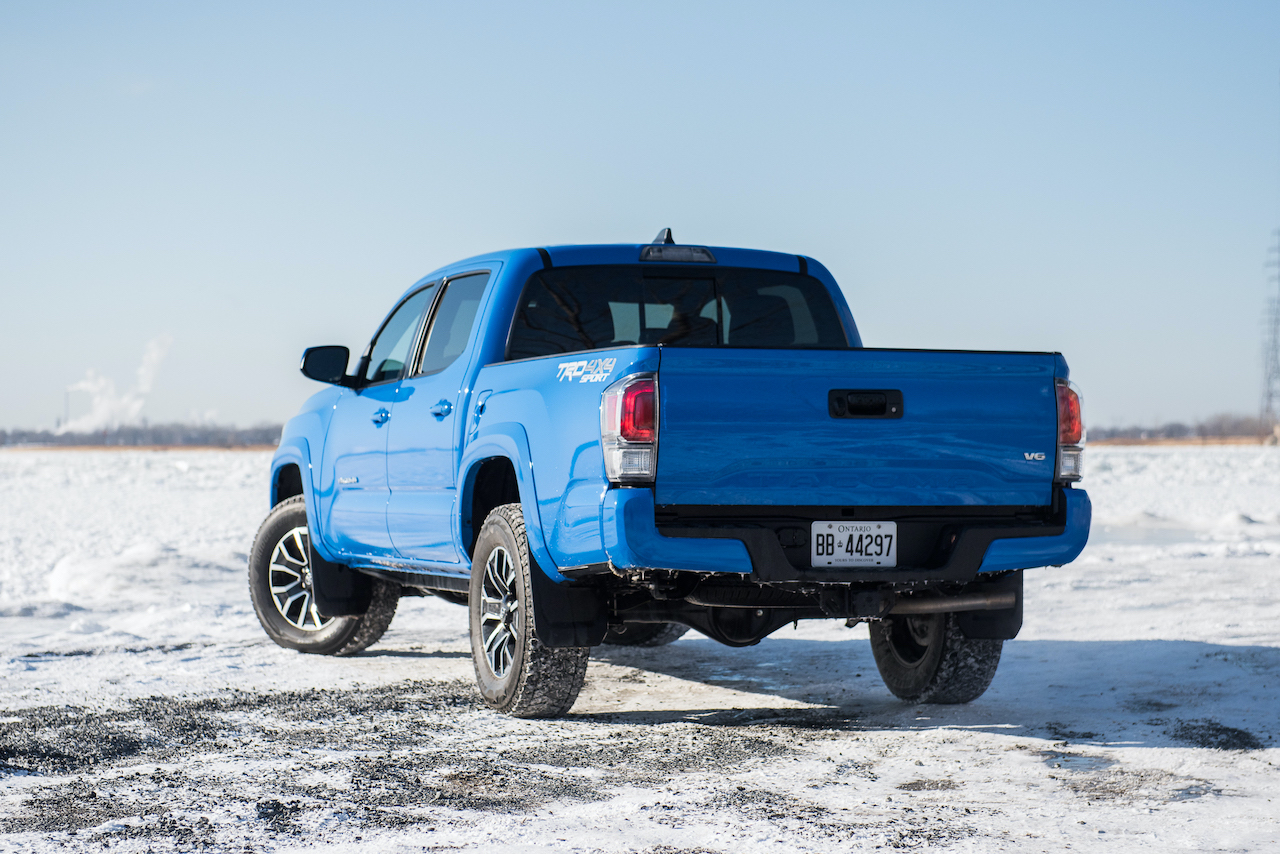 And don’t get us started on fuel economy. We could barely keep our unit under the 14L/100 km mark. In this day and age, that’s frankly unacceptable.

To sum it all up: buying a 2020 Toyota Tacoma isn’t a bad purchase. We don’t think it’ll ever be one considering how much these things go for second-hand and how long they run without major maintenance. Also, the aftermarket world is loaded with witty parts that’ll instantly turn your humble little “Toy Toy” into a hardcore off-road beast.

But the sad reality is this: if you’re looking for the most midsize truck for your hard-earned dollar, there are far better offerings currently on sale. 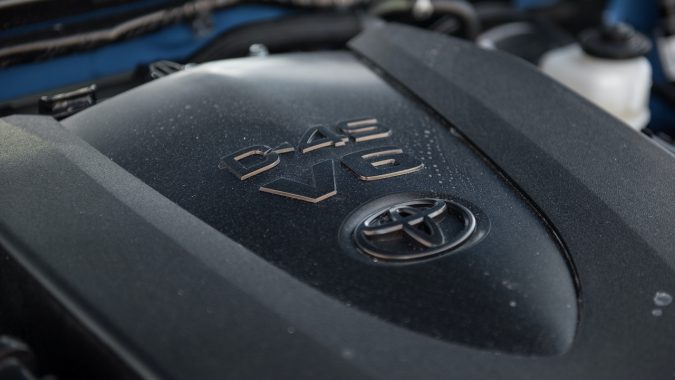 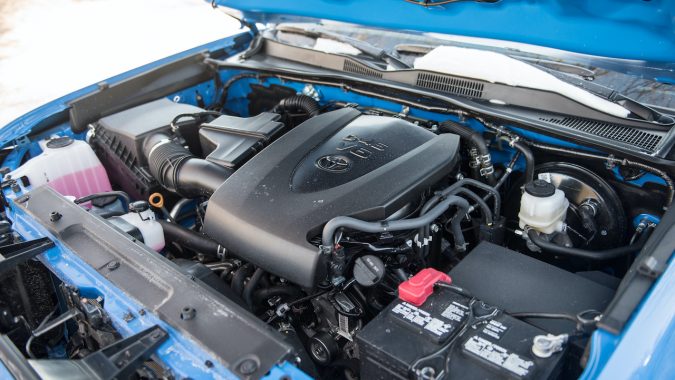 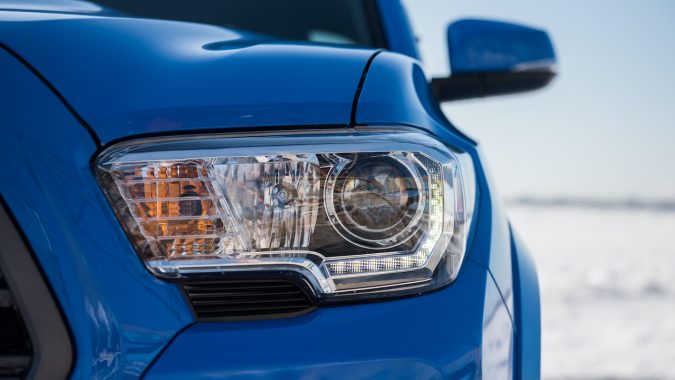 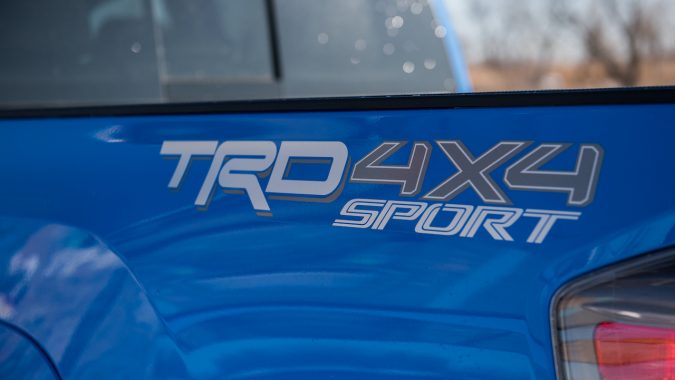 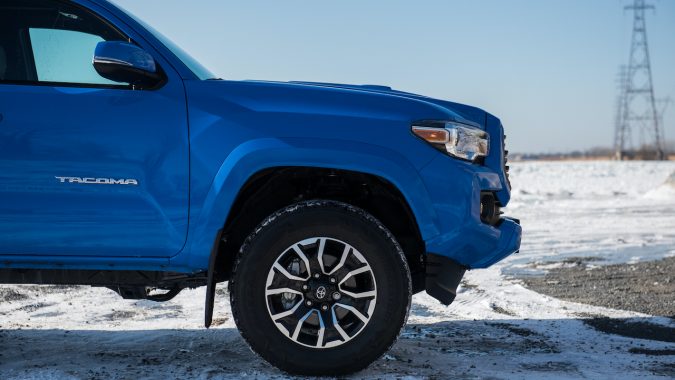 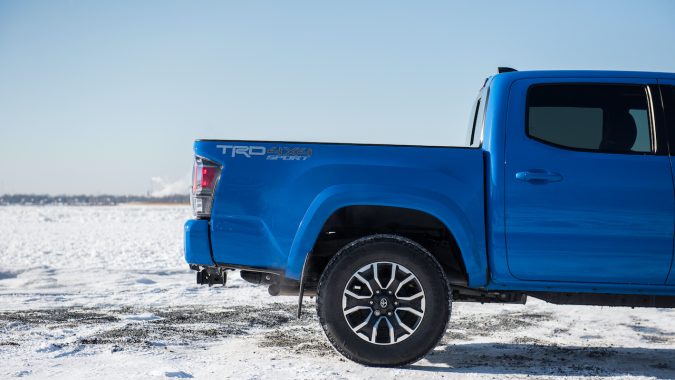